Team Race
This boys team race will be one of the top races of the day to watch.  Blessed Trinity comes in a slight favorite over Westminster and East Jackson.  East Jackson could be dominating the race through 3 runners, but can they can go low enough to give them a chance? It may depend on whether or not #4 and #5 have a state championship effort in the tank.  The Blessed Trinity and Westminster packs will hurt East Jackson’s score and make it really close when you start adding up points.  The beautiful thing about this race is that all 3 schools are going in thinking they can win it! They will settle things as they click spikes over road crossings (!@#$%^&*!!)  and carve between the hills, swingsets, and playgrounds of Carrollton Elementary. Oconee County will need to run well to return to the Podium for the first time in several years if Savannah Arts brings it on raceday..
Individual Race 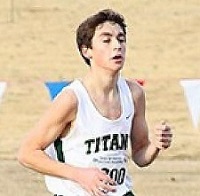 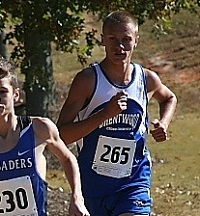 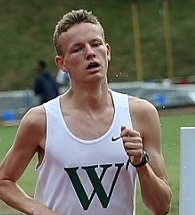 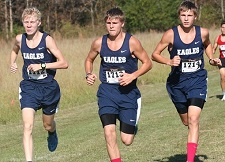 Hulett, and Kennedy Twins
IIndividually, could East Jackson sweep the top 3 spots and still not win the title?  Their 3-headed monster brings back memories of Dacula back in the day! That's a poke at Coaches McClay and Demarest, LOL...Dinner at the Kennedy family's house must be interesting this week as Chase and Chandler will battle with teammate Noah Hulett for the AAA individual title. Westminster's Graham Huff and Blessed Trinity's Ben McCoy will try to join  the lead pack and chase them down in attempts to try and get as few points as possible points in front of East Jackson's #4 and 5. Oconee's Michael Hans is a darkhorse to win this thing as well and his placing could help shape who wins the team title. Isaac Krumm and Addison Cochran could mess with East Jackson's chances as well, assuming Blessed Trinity and/or Westminster can get their 5th in before them. One name that hasn't been mentioned is Jacob Burgamy from Washington County. Burgamy ran in his first GHSA race in Region 3-AAA at the WACO course and smoked it in 15:59...He transferred from Brentwood Academy (Sandersville) very recently....
Tweets by GAMilesplit