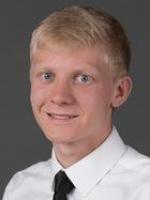 Big Peach Distance Kickoff Summary...
The 1st Annual Big Peach Distance Kickoff was a huge success to begin the Outdoor season as many competitive races were produced by the 12 schools that attended. It was windy as all get out, but eased...
3A Boys- East Jackson, Blessed Trinity Take It to the L...
Did this race ever turn into how it was billed? An East Jackson squad top heavy with 3 front runners, Blessed Trinity a solid squad with a couple guys who have been their top harriers with a tighter 1...
Class 3A Boys State Meet Preview...
Podium teams look to be Blessed Trinity, East Jackson, Westminster, and Oconee County. Blessed Trinity has a small time spread 1-5, but East Jackson has one of the best front three in Georgia with the...
8-AAA East Jackson Boys Cruise, Hart Girls Nip Oconee...
Region 8-AAA got this week&#39;s action started at Lamar Murphy Park. I had to ask someone was this early September as it got hot and humid on the mostly wide open grass course. Hart County&#39;s Girl...
Carnahan and Kennedy Win Overall HS Titles at Mountain,...
East Jackson&#39;s Chase Kennedy holds off Miles and Suarez (above) taking the Varsity Boys win in 15:50, but North Hall ran just a bit better than team runnerup South Forsyth (4 pts) adding another M...
Ga.MileSplit 3A 'Runners of the Week" Ending 9-13...
3A ROWs are now ready to be released after I ran out of gas last nite at 3:00am...lol. Freshman Delaney Graham from Westminster has been named the 3A Girls ROW and senior Noah Hulett from top ranked E...