East Jackson didn't mess around taking care of business scoring 22 points defeating Oconee County by 22 to win their first region title in a few years.  Michael Hans took the lead early with East Jackson's 3-headed monster of Chase and Chandler Kennedy and Noah Hulett sitting back a few meters thru loop 1. Chase K and Hulett made a move starting the long downhill to the lake and took command of the race leaving Chandler K and Hans to duke it out a few meters back, but everyone was in striking distance all the way to the finish with Chase Kennedy taking the win in 16:23, Hulett 16:26 with Hans outleaning Chandler Kennedy for 16:27.54 to 16:27.81. Issac Krumm of Oconee placed 5th in 17:17 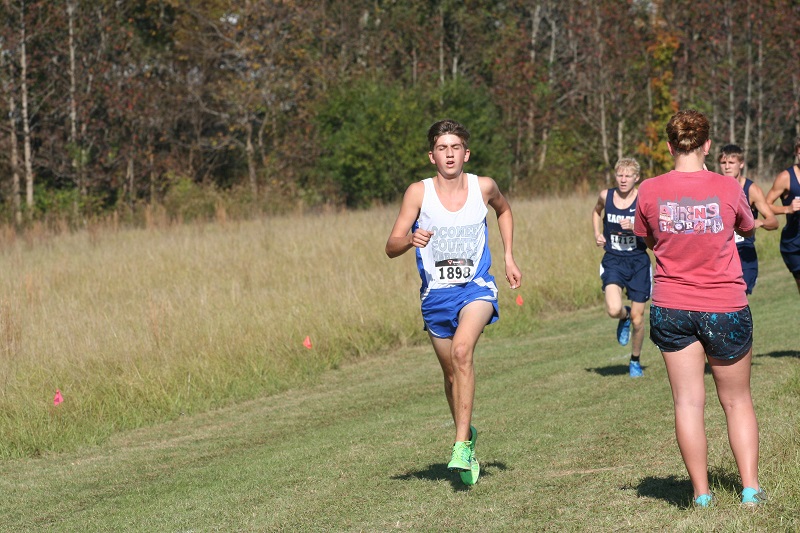 Michael Hans of Oconee County jumped out to an early after a pack of Elbert County boys literally sprinted the first 1/4 mile and led here heading down the hill towards the lake on loop 1. 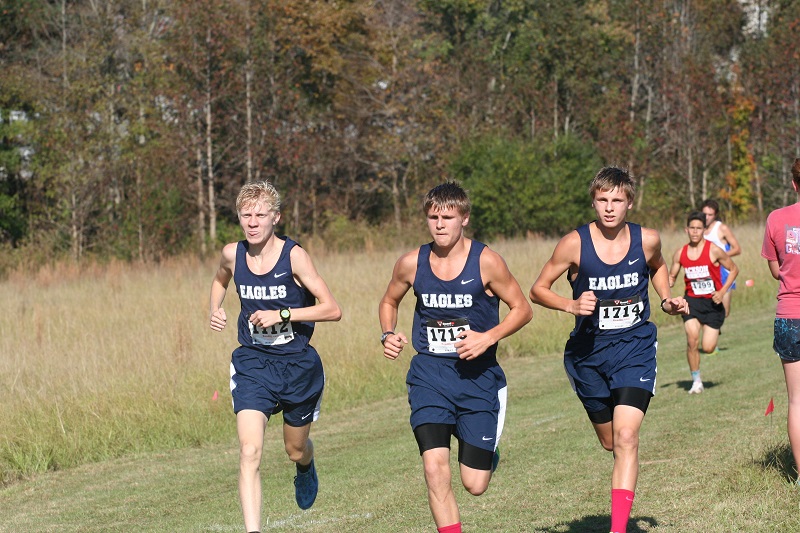 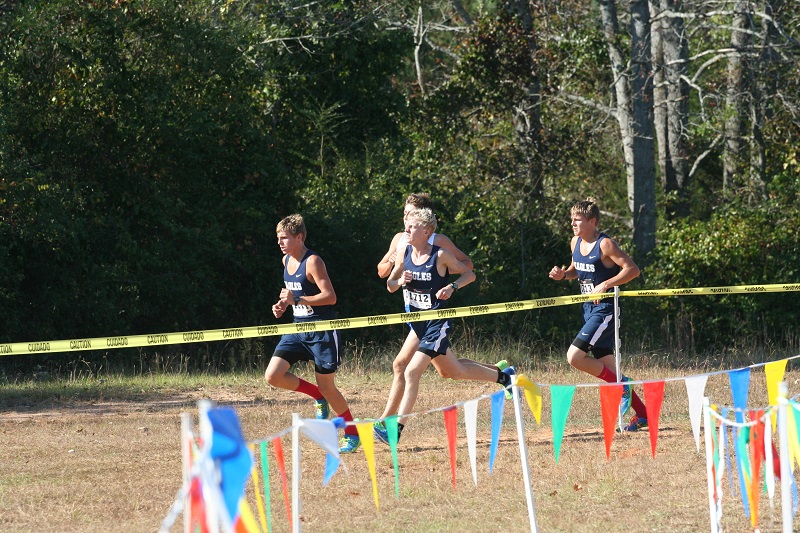 Audrey Honiotes of Hart and Sue Anne Moralis from East Jackson quickly separated from the field after turning right heading downhill past the razor wire towards the road,  Honiotes gapped Moralis before mile 1 and ran solo enroute to the Overall title and 1 big point for Hart.  Moralis finished a strong 2nd in the heat posting a 20:40 and qualifying for State as East Jackson came up 11 points shy of getting in. The real racing was back in the pack as Hart and Oconee jockeyed positions until the long downhill finish with Hart emerging victorious by 5 points. Jackson County's Monica Jiminez Q'd as an Individual placing 3rd in 21:36. 2 seniors led Oconee's runnerup team finish imcluding Alyssa Beckstead (21:46) and Bethany Terpin (21:54) 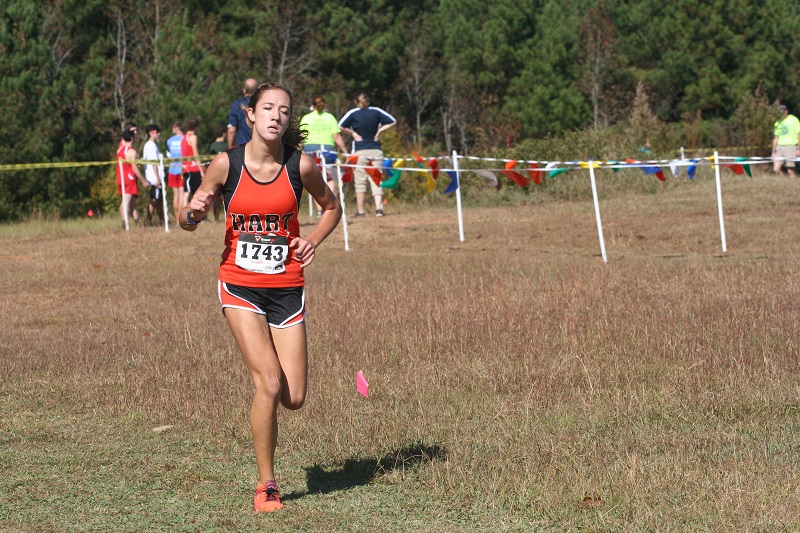 Hart County star Audrey Honiotes broke away early on her way to winning the Overall title in 18:50 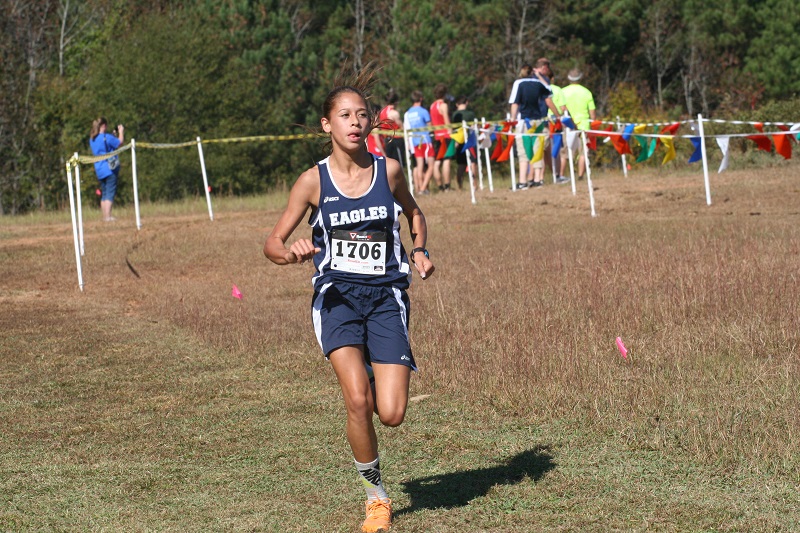 East Jackson freshman Sue Anne Moralis punched her ticket to State qualifying as an Individual in 20:40