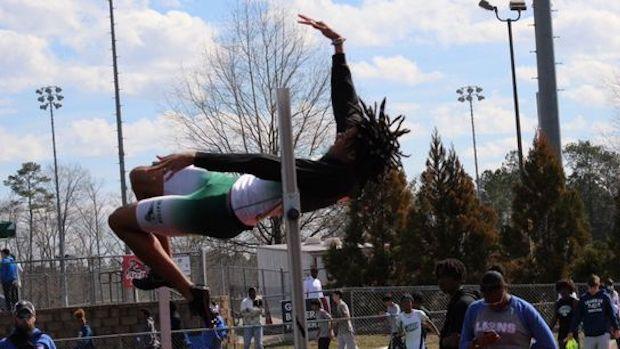 Last year, we gave a shout-out to some fantastic freshmen who have started off their careers with a bang. This week, we honor those athletes who have put in work over years of track and field, only to hit their peak at the perfect time. That's right, this week's theme is recognizing seniors who are still improving during their final semester in high school. Some of these athletes have starred in new events in 2022, and some are just now discovering their talent. Either way, these athletes will be ones to watch as the season progresses, and team titles are on the line.

"Unsung Heroes" recognizes some great individual performances from this past week across the state of Georgia that might have flown under the radar or gone underappreciated. One "winner" or "honorable mention" is selected from each of three categories (sprints/hurdles, distance, and field events) for both boys and girls. Enjoy!

Chambers exemplifies how impressive it is for seniors to continue improving each year. As a freshman, she was a speedy 400/800 runner who boasted season bests of 56.40 seconds in the 400m and 2:22.1 in the 800m. Last year, she qualified for state in both the 200 and the 400, finishing just out of scoring position in both events. Last week, she won the Johns Creek Coliseum Rumble by a huge margin in the 200 as she looks to contend for a 6A podium spot in that event. This year, however, she looks like she has also put a renewed focus on the shorter races, especially the 100-meter dash, running a PR in that event twice already this season. In five races this season across the 100, 200, and 400, she has remained completely undefeated. Let's see how long she can keep this streak up!

Patience pays off in distance running! Blount had a breakthrough XC season in the fall, finishing 8th at the 4A state meet and a 19:42 performance at RunningLane. She has carried over her excellent season to the track, where she has already set a personal best time in the 3200m four times this season, most recently with a 12:01 at the large Starr's Mill Adidas Panther Relays. At the Buford Home Meet earlier in the week, Blount proved she had speed in the 1600m as well, finishing a very close second to freshman standout Audrey Hotard with a time of 5:39, more than a minute ahead of the third place finisher. Since Marist can only send a maximum of three girls in each distance event at state, Blount will look to capitalize and score some major points for the Red Devils.

Looking at Brown's MileSplit profile, it appears that she only started throwing last season, and she was able to make it to the 4A state championships in the shot put. It sure seems like she has put in a lot of offseason work into the other throwing event, the discus. In Brown's first meet of the season, she solidly defeated the field in both the discus and the shot against some talented squads in Milton, Alpharetta, and Roswell. Her discus throw was especially impressive, as she hurled the disc nearly 94 feet, setting a new personal best by an incredible 4 feet! With her improved discus skill, Brown should be a major contender in both throwing events at state.

Heritage High happily hosted one of the most exciting meets of the weekend. Schools such as Cedar Grove, Tucker, Buford, Luella, and more duked it out for some very competitive sprinting races. Shelley rose to the occasion admirably in both of his individual events. First, he blazed an incredibly quick 49.62-second 400. That's a very fast time, especially for this time of year, and he set a personal best by over a second. Then, in the 200 meter dash, Shelley sprinted to another personal best, this time finishing 4th with a time of 22.33 seconds. He now ranks 10th in all classifications in the 400. Not bad for a runner who finished 5th in his region in the same event one season ago!

Gallagher, a senior at Gainesville High, has been on a tear to begin this track season. At the Sawnee Mountain Invitational on Saturday, he topped a very talented and close-bunched group of runners, bringing home the victory with a time of 4:31. That's an improvement by more than six seconds from his 1600m time just two weeks earlier, which was itself a personal best! Region 6-7A is a monster region for distance running; last year Ethan Ashley failed to advance out of region with a time of 4:19 in the mile. But so far this year, Gallagher slots in at fourth in the region. Regardless of how it turns out, that will be an exciting race to keep an eye on in April, and Gallagher has done enough to put himself in the mix.

Due to the relatively low participation numbers and the close-bunched results, high jumping does not get nearly as much credit as it should. Reliford, though, should be commended for his great performance at the stacked Big Mouth Signs Archer Invitational. In his first meet of the season, Reliford set a PR with a height of 6 feet even, and for his follow-up, he jumped 6 feet 2 inches for the victory against a very talented field. Reliford also showed off his range as well, running PR in the 110-meter hurdles in 16.62 seconds and securing a 44-second 300-meter hurdles time as well. But his high jump improvement is very impressive in an event where it's very easy to get stuck at a single height.