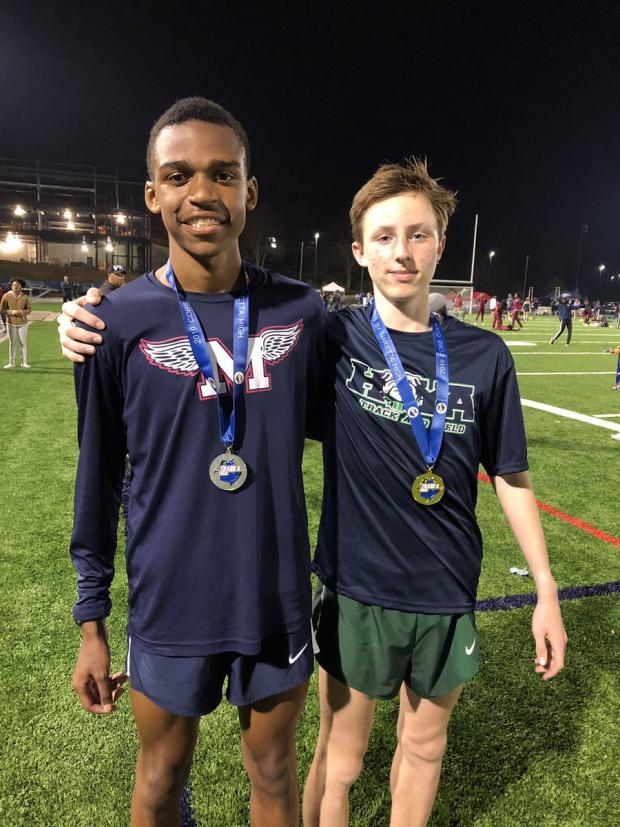 Preview of the Cobb County Championships

Time: Gates open at 6:30 a.m.
JV Girls 7:45 a.m.
JV Boys 8:25 a.m.
Varsity Girls 9:00 a.m.
Varsity Boys 9:30 a.m.
Awards 10:15 a.m.
MileSplit GA will be onsite shooting race action
Girls Individual
Defending champion Ellie Hall of Marietta is now a Georgia Bulldog, leaving the door open for a new champion. Hillgrove senior Grace Ellsworth has been runner-up all 3 years, will she claim the elusive title? Looking to prevent Grace from getting the title will be a slew of ladies with great credentials. Sr. June Mwaniki of Marietta hopes to keep the individual title with the Blue Devils and has the fastest 5k time of the short season. Freshman Charlotte Dunn is the new front runner for the Lady Greyhounds of Pope. Jr. Riley Perlakowski of Harrison has beaten June on this course over 2 miles to open the season and has the best 800m speed of the runners. Jr. Sarah Burwell of Walton had the best 3200m time this past spring for returners. It will be a great battle up front and getting in the top 10 looks to be a tough fight with additional strong starts to the season from: Lorel Golden and Sophie Boice of Pope, Sarah Bedell of Campbell, Abby Hohl and Kelsey Grass of Allatoona, as well as a slew of girls from Harrison, Hillgrove, Marietta, and Walton.
Girls Team
The virtual meet has it very close between 5 schools! Defending state champion Marietta has the pedigree to win another title (they've won the last 3 years) as the Blue Devis return most of their top 7 from last season, minus some key members in Hall and Ani Henderson. However, it doesn't look like it will be the 25 point win they enjoyed last season as Hillgrove has looked very strong at the Battle of the Fairways and Jekyll Island thus far. The Lady Hawks could be the first team with 5 runners in. Pope has a strong 3 leading the way, but will they have the depth at 4 & 5 to get a podium finish? Walton and Harrison have been perennial powers in Cobb County and both plan to have a say in who takes home the top spots.
Boys Individual
Super Juniors Sully Shelton (Harrison) and Kamari Miller (Marietta) look to be in a class by themselves. However, neither ran Cobb County last year and it will be Shelton's debut. Sr. Noah Hayes of Hillgrove is the top returner from last year's meet and hopes to spoil the day for Shelton and Miller. The Heron twins Seniors Cole and KC as well as teammate Will Brown  could give the Greyhounds 3 in the top 10. Walton seniors Connor Old and Zac Shaffer are fresh off a 1-2 finish in Mobile and plan to make it interesting. There is bound to be a surprise or two in the top 10.
Boys Team
Marietta is off to a good start to the season with Miller up front and the help of young guns frosh Jared Fortenberry and sophomore James May will be a tough team to beat. However, the Hoyas of Harrison might be the deepest team and the low stick of Shelton could get them the title. 2018 6A champs Pope can't be overlooked with their top 3 all bound for the top 10 individually. Like the girls, if their depth at 4 & 5 are good, they are dangerous. Walton will be without one of their top 3, but still look to be a team that can snag a trophy as well. It will be hard pressed for Hillgrove to find the magic they had last year at county, but if they do, they could sneak up for a podium finish.
Tweets by GAMilesplit