It was a long, hot day at the 'State Course' as it was given a preview by over 60 schools Saturday in 11 races. Below are the highlights of the meet in pics: 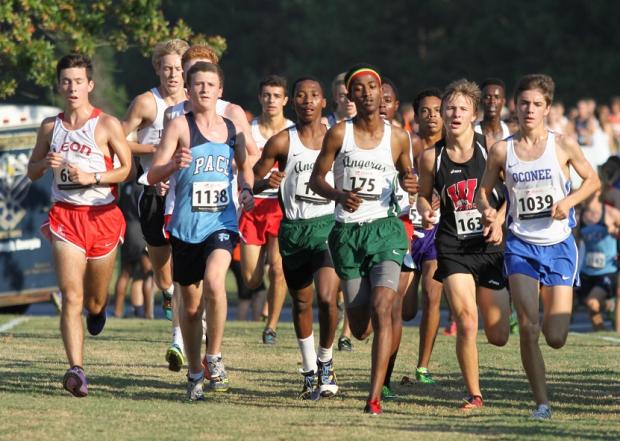 Clarkston had a pair of runners in the lead pack, as the Angoras were triumphant in the Boys Championship race, winning by 75 points over AAA Westminster. Starring for those 'feisty' goats were: Bineyam Tumbo placing 7th overall in 17:11 and Bosco Hakuzimana taking 16th in 17:40 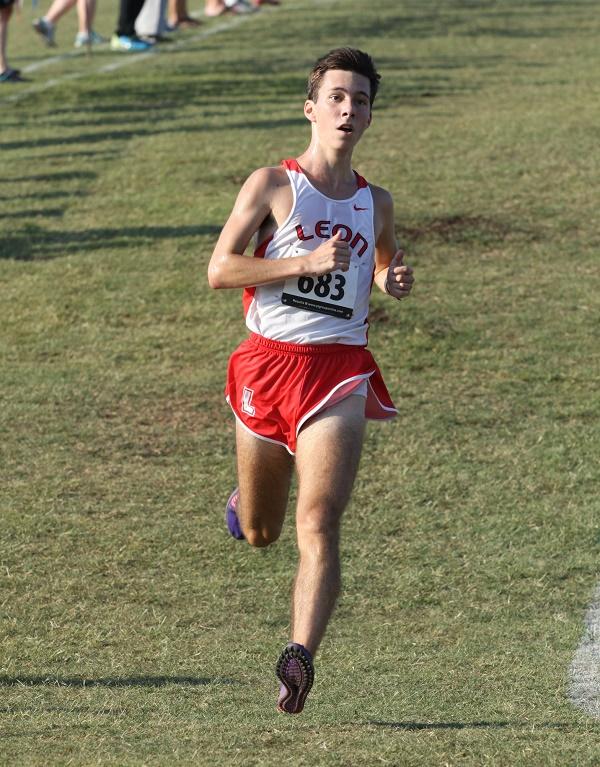 Matthew Cashin made a long trip up from Tallahasse (FL) and won the Individual race for Leon HS posting a 16:50. 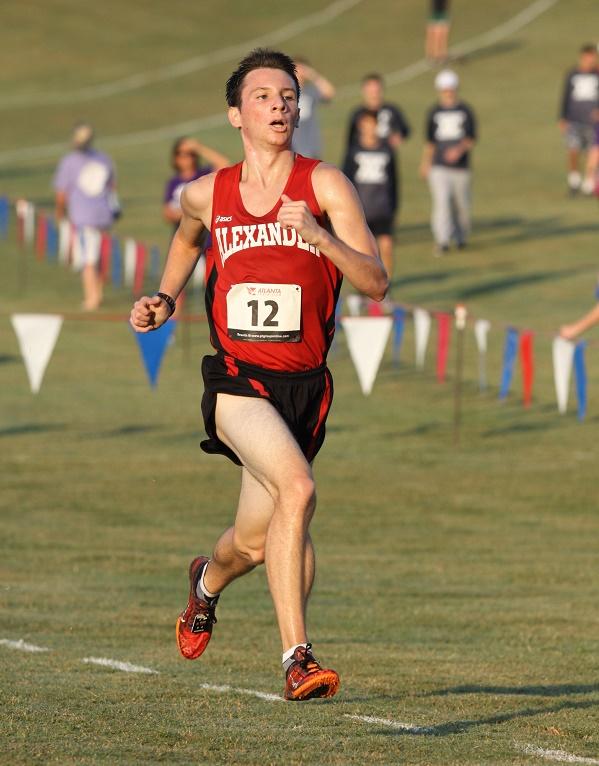 Alexander seems to get better with every race, and the Cougars ate up the fairway-like turf at Carrollton Elementary with a 17:25 team average and 46 point win over Sequoyah. Pictured above is top AAAAAA runner Braeden Collins as he speeds towards the finish clocking a 16:46. Austin Muse followed him in taking 2nd in 17:14. 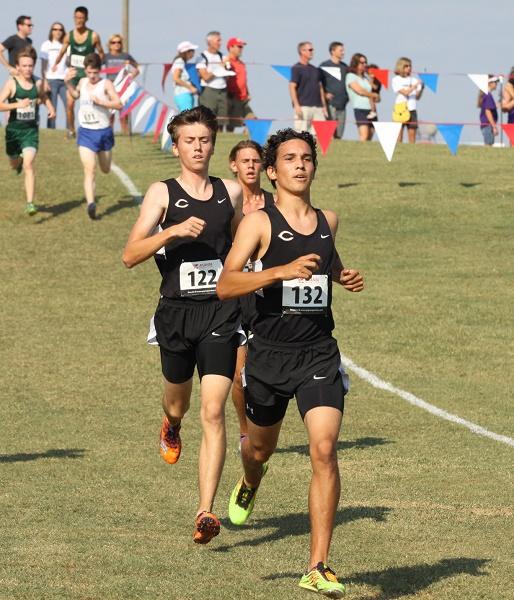 Its been a long time since Carrollton Boys won a race on their home turf at Ortho or Last Chance, but that changed Saturday as the Trojans took 1st in the 4A-5A race led by the duo of Donald Sener winning the overall in 18:46, followed by Chase Griffin a stride back at 18:47. 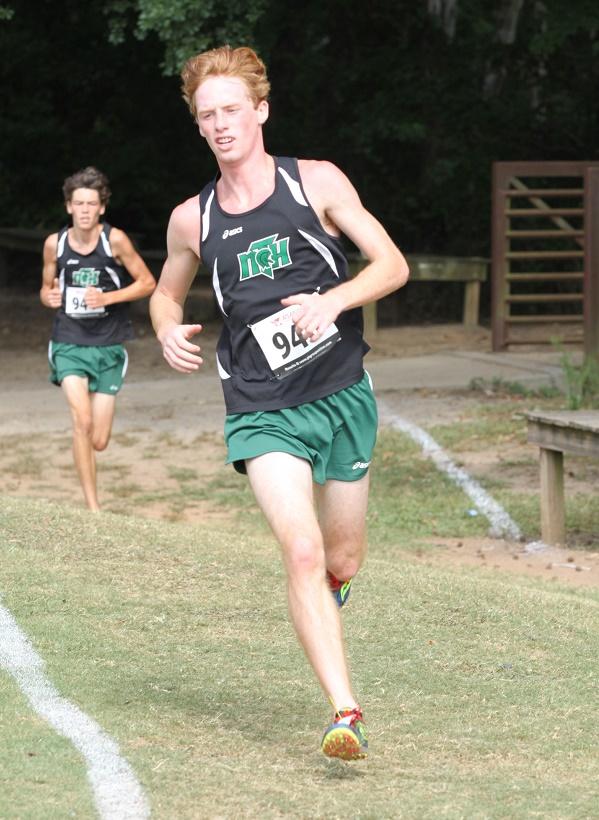 North Hall took a narrow 3 point win over an improving Landmark Christian squad in the A-3A race. Tommy Johnston led the charge for North placing 1st in 17:50, with Devan Crow providing support back in 2nd at 18:45. 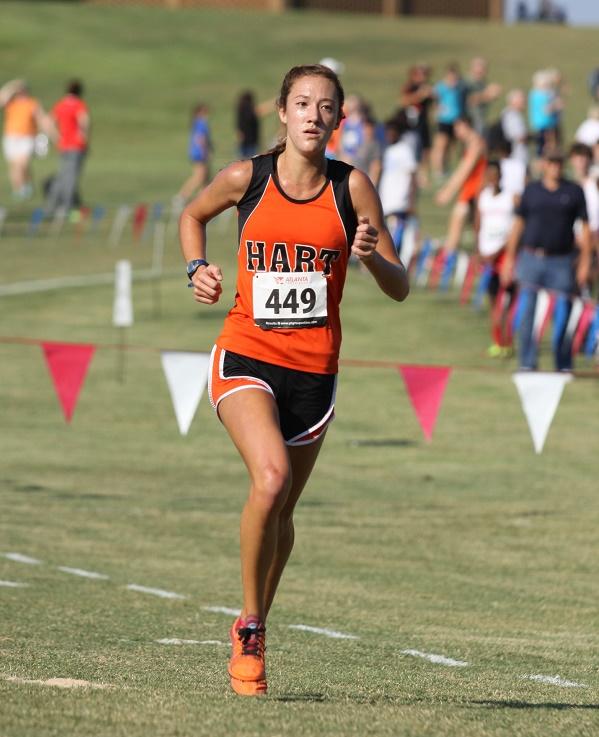 Senior Audrey Honiotes from Hart County had an impressive win in the Championship race posting a winning time of 19:32, besting Macki Walsh from Etowah back in 2nd at 19:44. North Gwinnett took home the team hardware led by Lyndsey Fowler's 5th place effort of 20:15 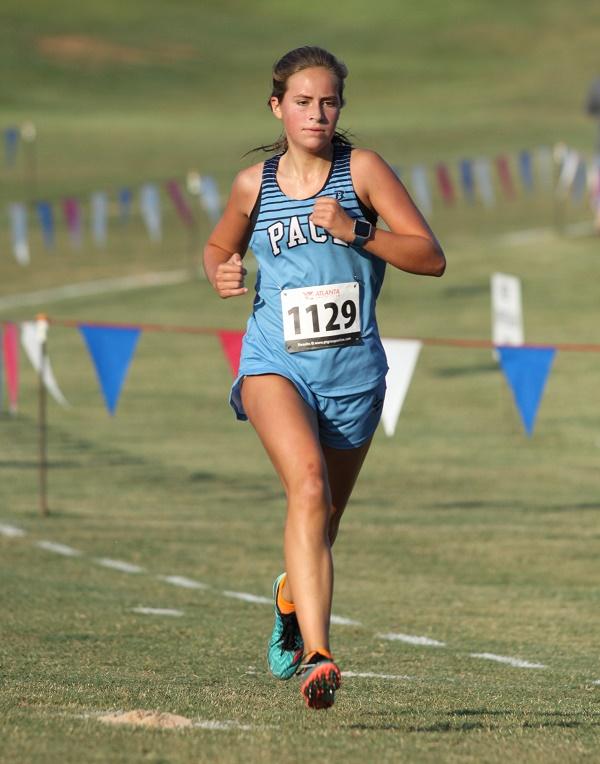 Payton Payne of Pace Academy strolled to the 6A-7A individual win in 21:02, leading the Knights to the team win as well. Don't count out Pace in AAA this Fall. 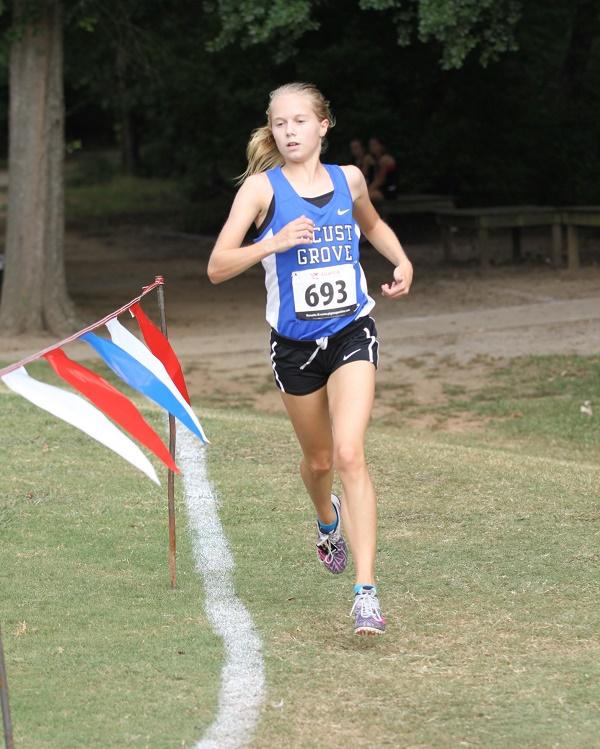 Madison Allie from Locust Grove is one of the top runners in AAAAA, and Saturday added an individual win to her resume in the 4A-5A race clocking a 20:34. Westminster's JV quad won the team honors besting host Carrollton by 6 points. 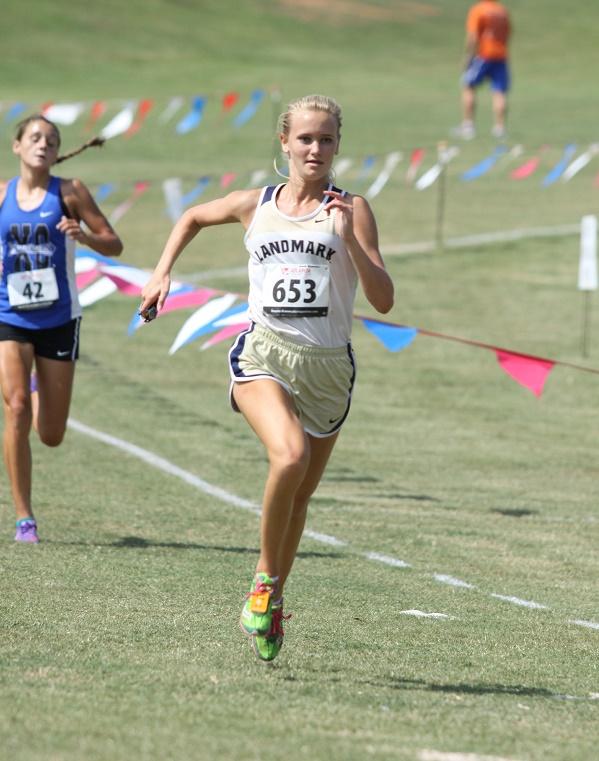 Sarah Foreman of Landmark Christian has been really coming into her own the past 3 weeks, as she pulls away towards the finish winning the A-3A race in 20:37. Grace Clements (Lrear) was a strong 2nd leading AAA Bremen to the team win posting a 20:41. I believe Landmark was missing at least 2 top runners Saturday... 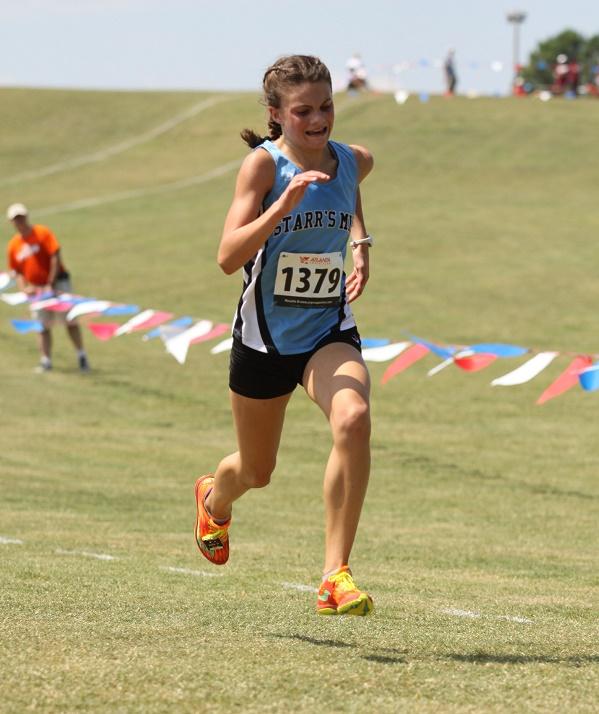 Starrs Mill 'perfect scored' the JV Championship Girls race, led by 8th grader, Allie Walker, who virtually vanished from eyeshot of the field turning in a 22:00