A Private Boys is a down somewhat this Fall individually and in team strength, which will make for an interesting first race of the day at 7:45am. Landmark Christian is the strong team favorite, but the Individual title is up for grabs with Friedman in now at Colorado running with the Buffs' 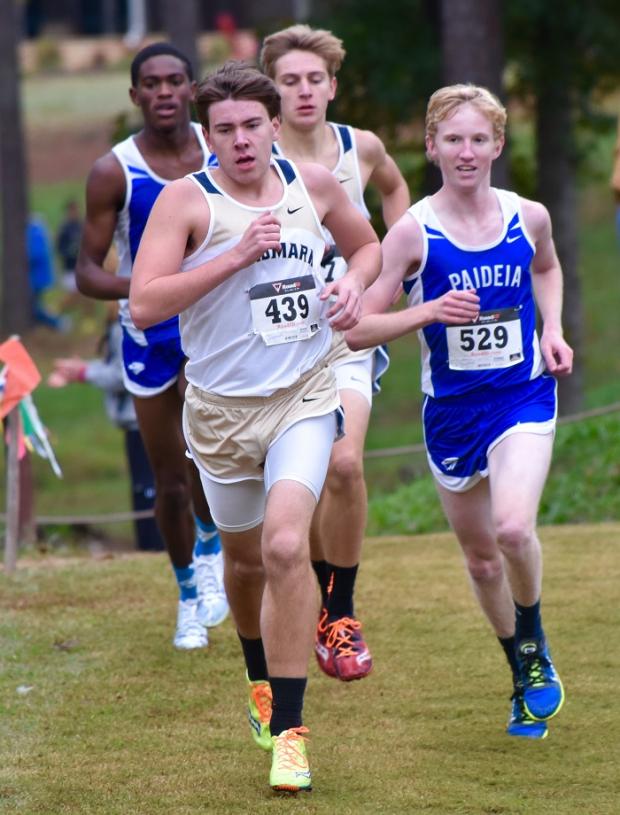 Expect these 4 guys to be in contact 11-7 (F-R) Seth Cruver of Landmark, Max Heaberlin of Paideia, Austin Taylor of Landmark and Nasir Campbell of Paideia. (photo by Daniel McCauley)

Landmark Christian has been #1 from pre-season through the Pre-State Rankings and an overwhelming favorite to be team champ. The Eagles had a 1-5 Split of :47 at 5-A with frontrunners, so as long as they stay the course they will defend their title. Its a toss up on paper between Hebron Christian and Paideia for runnerup. They went heads up at Battle of Atlanta, but Paideia was unable to mount a team score. The Lions have a better top 5, but the Pythons have a stronger top 3 up front. The final Podium spot will be hotly contested as 4 squads are within a few seconds of each other. How close...Athens Academy beat Providence Christian for 2nd on a 6th runner tiebreak in 8-A. Galloway out of 5-A should be in that mix with AIS on the outside looking in. The top 10 should be filled in by any of these squads: Mount Paran, Whitefield, Athens Christian, Brookstone or North Cobb Christian.

With Reilly Friedman of Galloway at Colorado (red-shirting his frosh year) finally after 3.5 years the race for the Individual title is up for grabs. There are 3 primary contenders, including 2 Seniors. Sam Shaylor of North Cobb Christian has the top pr from the very fast Jessie Owens Invite (AL) going 15:54) Mark Stein of Hebron Christian pr'd at Jessie Owens, winning the small school race in 16:31 and won the 8-A Overall. Soph Griffin McCauley of Paideia pr'd at Asics clocking a 15:59 and won Region 5-A going 16:29. 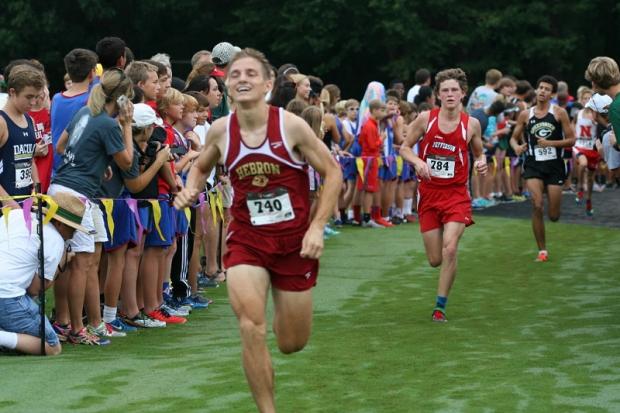 After these 3 its wide open for the next few spots, beginning with the Landmark duo of Austin Taylor (16:48) and Seth Cruver (16:49) Paideia has a nice 2-3 punch with Max Heaberlin (16:50) and Nasir Campbell (17:07) Hugo Levisse of AIS ran strong at 5-A placing 5th in 17:13. Battling for the final All-State spots could be Daniel Wilson of Landmark, Noah Irwin of ACS, and Ryan Iyer & Alex Branch from Athens Academy to name a few. Below is a list of the top 25 1-A Private Boys who qualified for State. 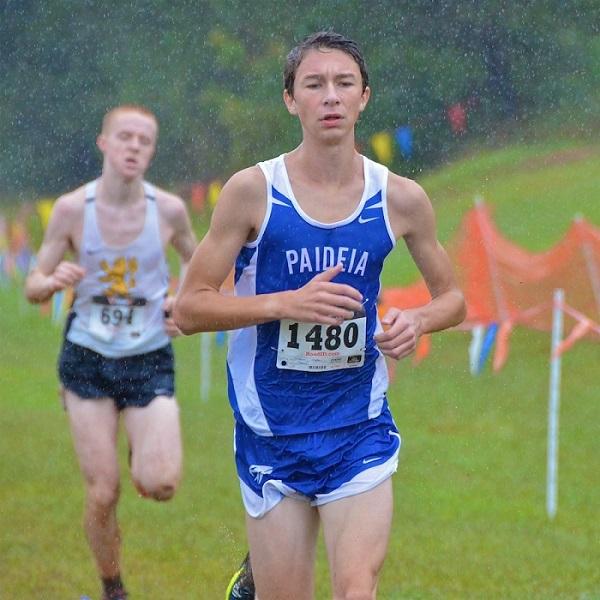