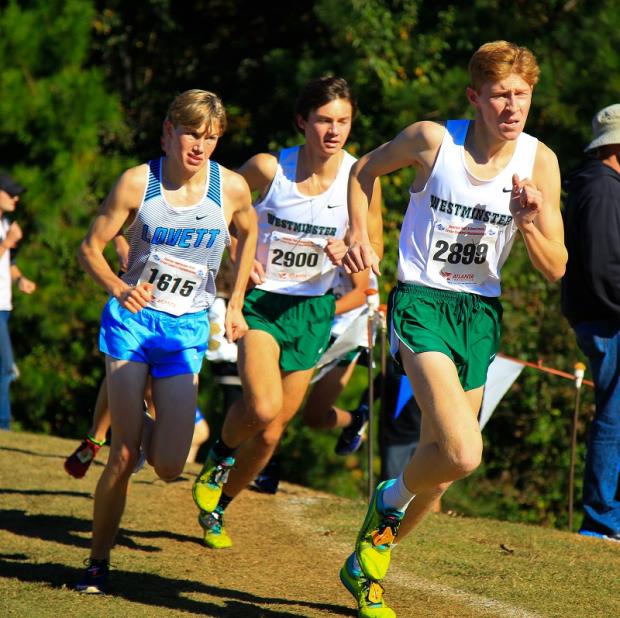 Will Wallace (c) and Zachary Roe (r) of Westminster

Coach Tribble's troops attacked as Westminster defended their 2017 title scoring 49 points, as the Cats' earned 3 Individual All-State spots (5th thru 7th). Their team average was a speedy 17:03 and tight 1-5 split of :37. Will Wallace placed 5th overall at 16:47, with Zachary Roe right behind in 7th at 16:50 and Peter Huff closed hard finishing 7th in 16:53 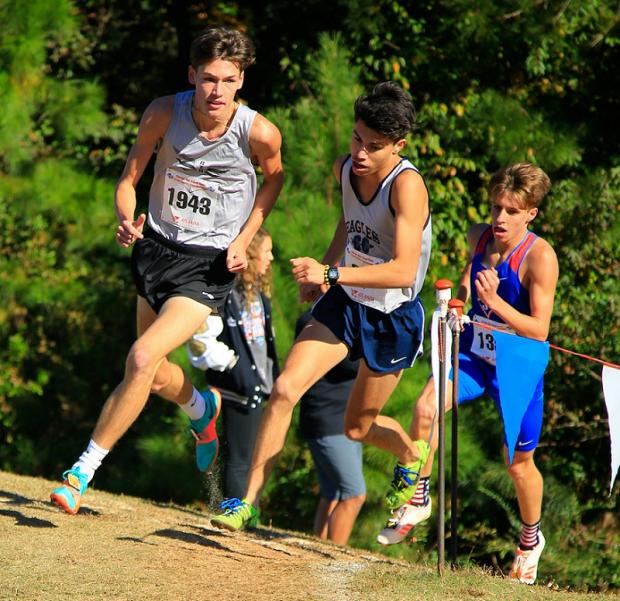 Devan Crow, Shane Shelafoe, Riley Thornton crest 1st hill of Separation Slope
The 3A Individual title quickly became a battle of the best in Northeast GA, as these guys all had raced against each other more than once this Fall. Devan Crow led most of the race and began pulling away in the final Mile taking the win at 16:19  Riley Thornton from Jefferson sat in 3rd most of the race, but closed the gap on Shelafoe late, sprinting past taking 2nd overall at 16:27. Shane Shelafoe had one of his best races of the season though going out with Crow, and finished in 3rd place in 16:33 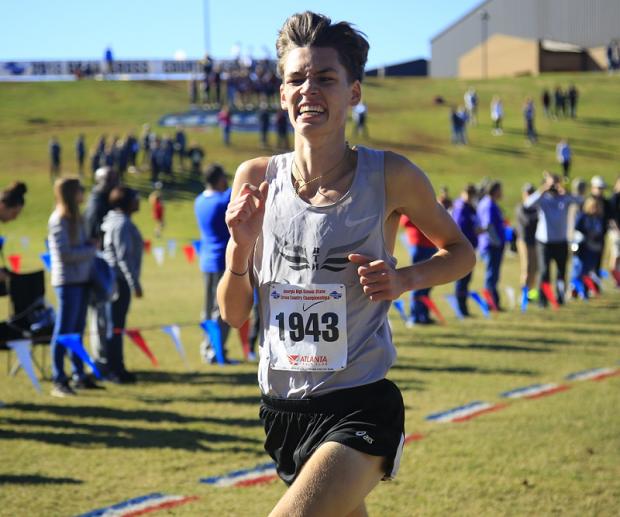 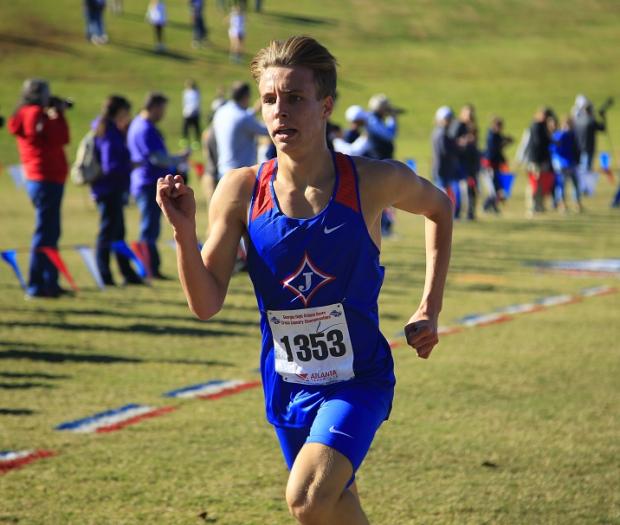 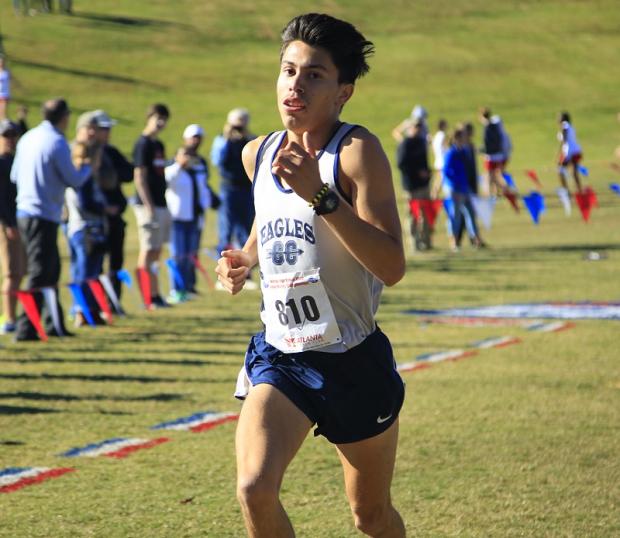 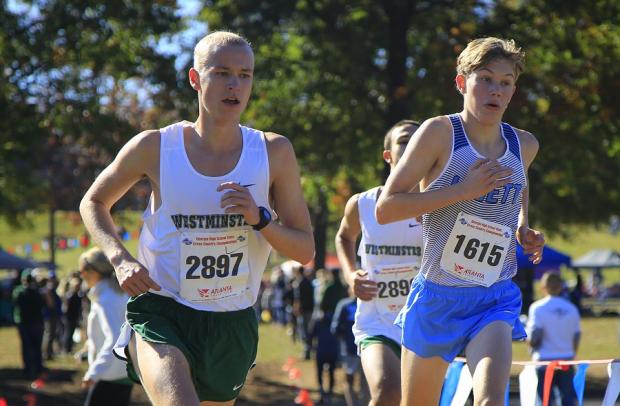 Peter Huff of Westminster and Jackson Borden of Lovett

Lovett had to fight off a big challenge from the #1 3A public school North Hall and managed to do so by 8 points. The Lions depth from 1-5 was too much, including a 1-5 split of 1:00  Jackson Borden was in that 2nd group the entire race and placed 8th overall clocking a 16:55 to lead Lovett. 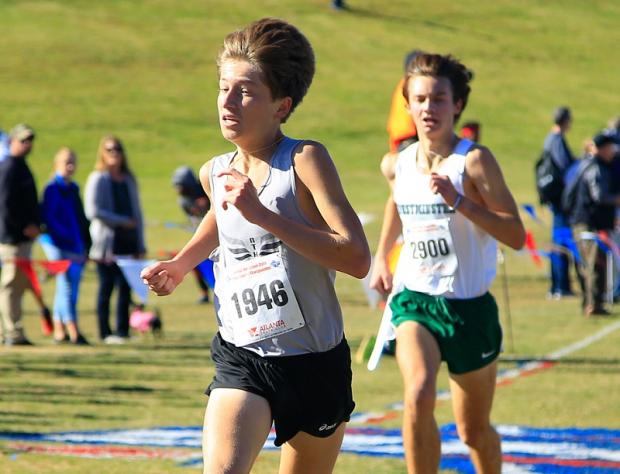 Andrew Jones of North Hall placed 4th overall in 16:46
The Trojans' from North Hall had a valiant effort in trying to run down private school Lovett. Crow had a big 'low stick' winning the Individual title and Andrew Jones kicked in with 4th overall posting a 16:46 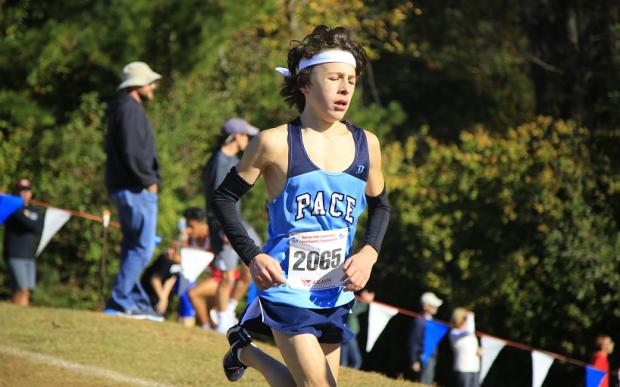