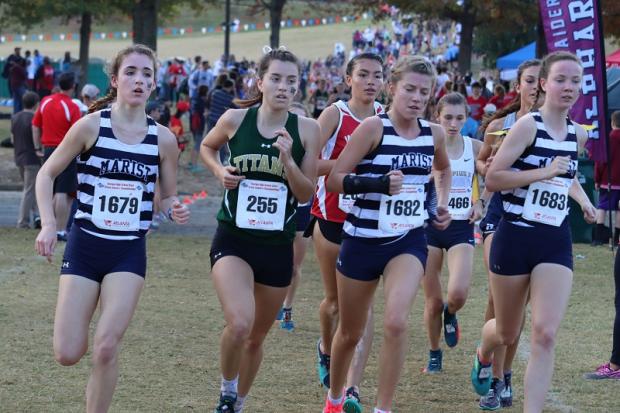 No one doubted that Marist was the heavy favorite going into the race, but few felt that a red hot Oconee squad, full of confidence after beating St. Pius X at 8-AAAA, would push the War Eagles as they did on Saturday. Marist's depth at 3-5 made the difference, beating their Warrior counterparts at every other spot,  winning their 10th consecutive State XC title. ONLY Westminster has won more consecutive XC State titles than the Lady War Eagles.. 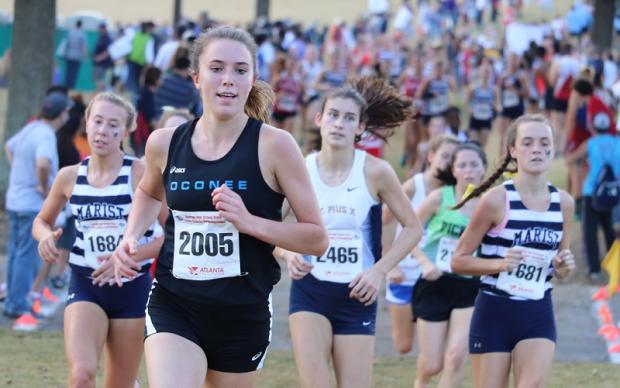 Nicole Pachuta leads the race heading towards the back of the course. 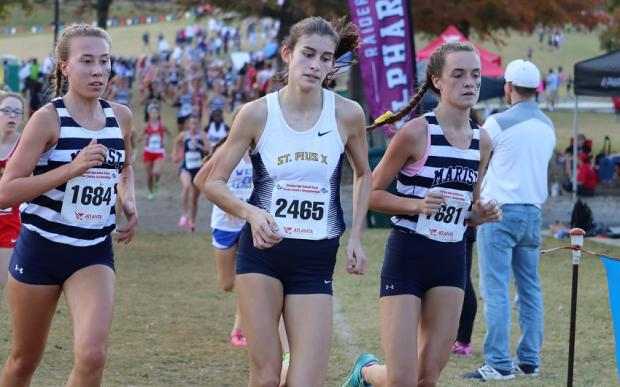 Oconee had their best finish ever since the inception of an XC program in the early 90's. Nicole Pachuta was Overall champ in 19:26 and a greatly improved Caroline McArthur had a sterling 4th place finish at 19:26. Norine Moore at 11th and Phoebe Brodrick in 12th provided much needed support for the Warriors. 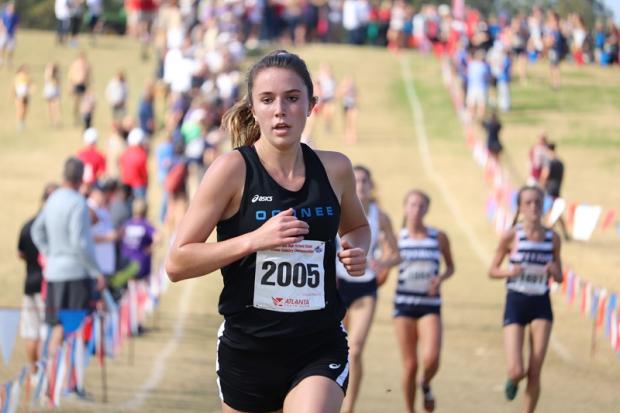 Individually, a huge battle was going on with Morgan Vaden of St. Pius X, Kathleen Maley & Josie Wirtz of Marist and OC's Nicole Pachuta, who had a huge win at 8-AAAA coming from behind besting Vaden late.  Pachuta led the first loop, but was overtaken. But, like a tiger waiting to pounce on its prey, Pachuta began to close with 300m left, charged up the final hill, crested and began running down the leader on the finishing hill. She got her around the final little bend and took the Overall win going 19:26. Maley held off Vaden for 2nd, with Vaden a step back in 3rd. 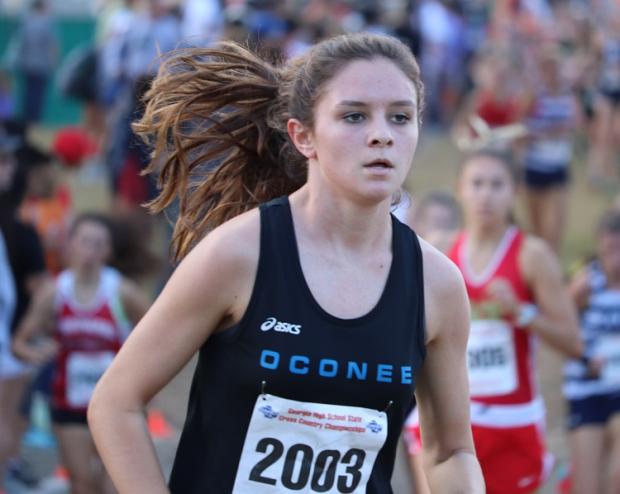 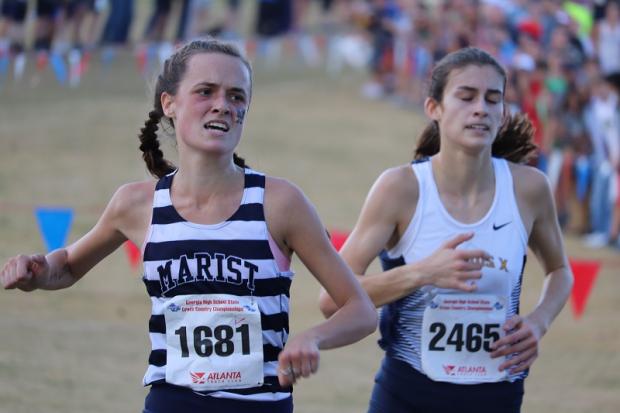