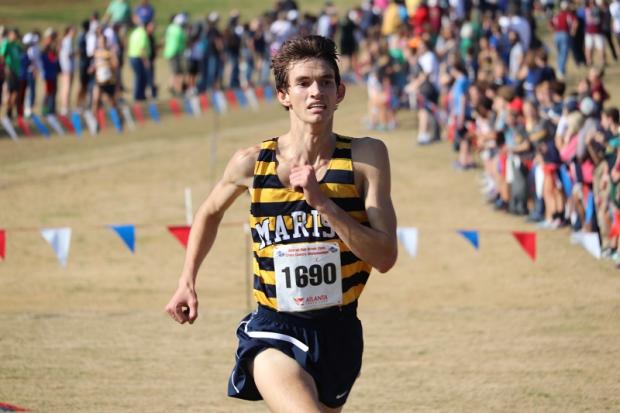 At the 2016 state meet, St. Pius X took advantage of Marist not being at full strength and stole the title away from the War Eagles. That was not to be this past Saturday, but it was not without another great team race by Coach McClay's troops again, as the Golden Lions fell just short of defending by 5 points. Pius actually had 5 runners cross first and better depth at 6/7, but Marist beat them upfront making the difference, even though they weren't hitting on all cylinders.. 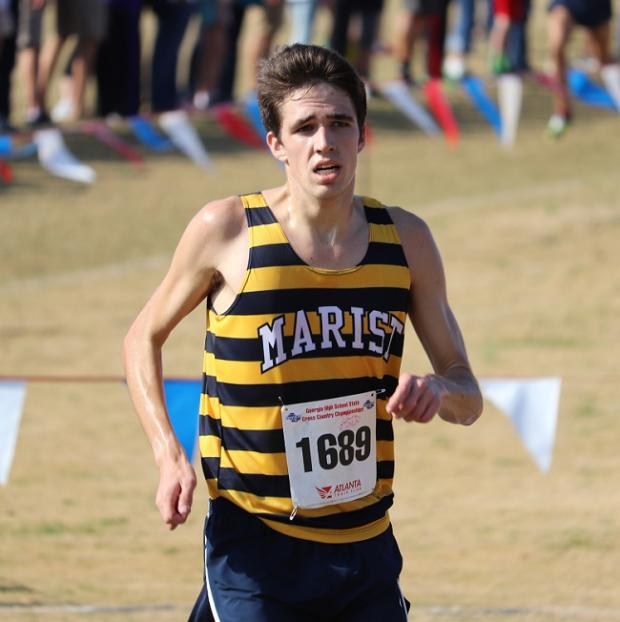 Knox Pittman (Frank Pittman's younger bro) had a race to remember, as he looked strong during the race and sprinted in down the final hill using his 800m speed to win his 1st GHSA XC title clocking a 16:32. In the post race interview, Knox mentioned Marist held back some energy for the final mile in this race. William O'Reilly crossed the mats next securing the Overall runnerup spot at 16:42. 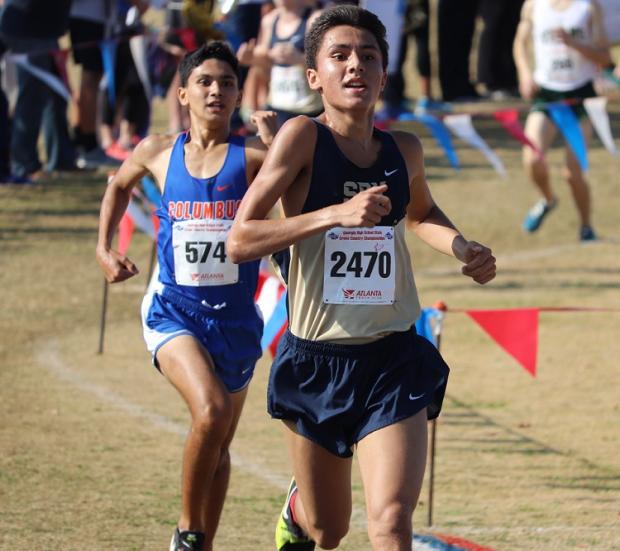 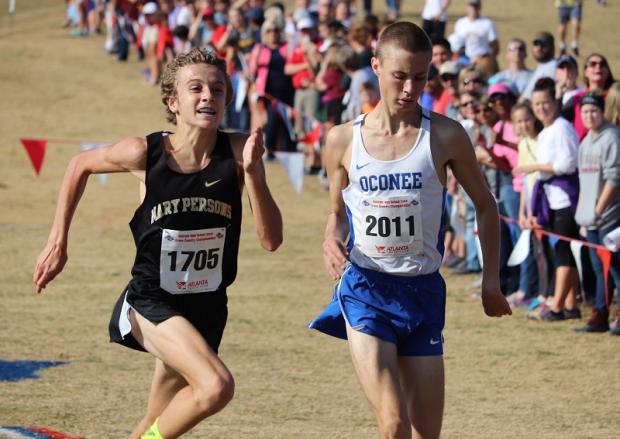 North Oconee had a big day climbing the Podium 3rd without having a runner in the top 10 besting another 'Titans' school, Blessed Trinity by a single point. Soph Alex Thomas bolstered the Titans' attack taking 11th Overall going 17:17. Jacob Ash and Davis Potts both had big races with Ash 17th at 17:29 and Potts 20th in 17:41.

The 'Titans' of Blessed Trinity made the Podium as a team though besting a red hot (in October) Oconee squad by 16 points. Earning an All-State nod placing 9th was Brennan O'Connor in 16:58, with Matthew Lubert not too far behind taking 12th in 17:19. 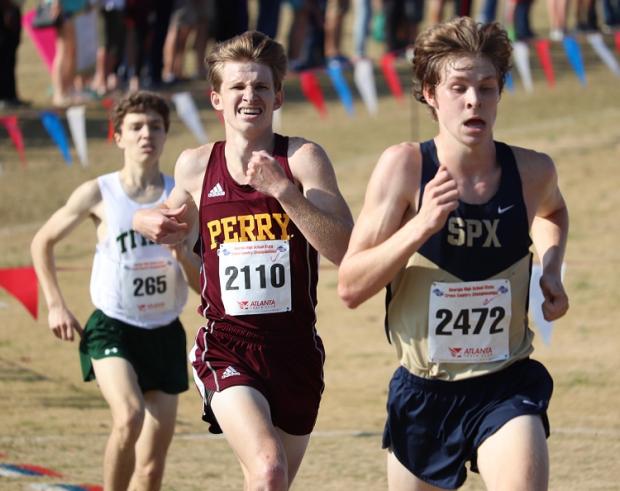 There many individuals earning All-State recognition whose teams did not. Including a gutty race by fantastic frosh Justin Wachtel, who led the race, dropped back, then fought his way back to 3rd, digging in hard up the final hill, then flying down it for a 16:45...nosing out Oconee's Harrison Morris (4th) by .04 at the finish line. Alex Salgado from Columbus HS claimed 6th overall in 16:51, Tanner Reid from Perry took 7th at 16:56 and Paul Kellam from West Laurens placed 10th in 17:12. 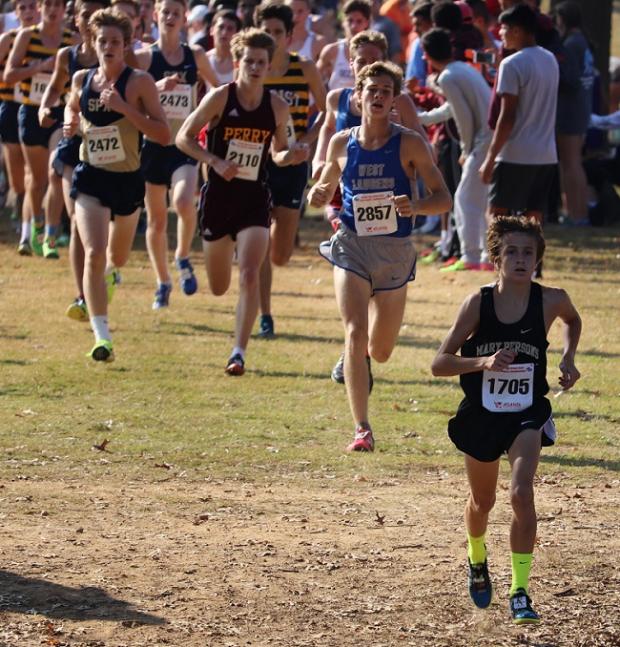