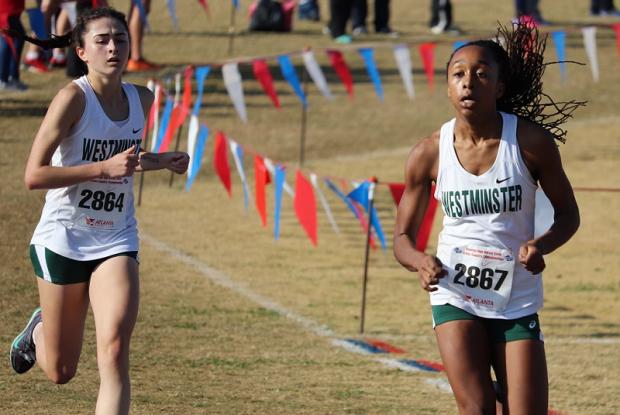 Westminster's strong squad walloped the field by scoring 25 points (lowest of the State meet) They made it look easy as well eating up 6 of the top 12 (2,3,4,7,9, and 12) individual places. That's correct, 1/2 of the State squad spots! Naima Turbes led most of the race, had the wheels fall off late, but regrouped down the final hill finishing 2nd Overall posting a 20:12. 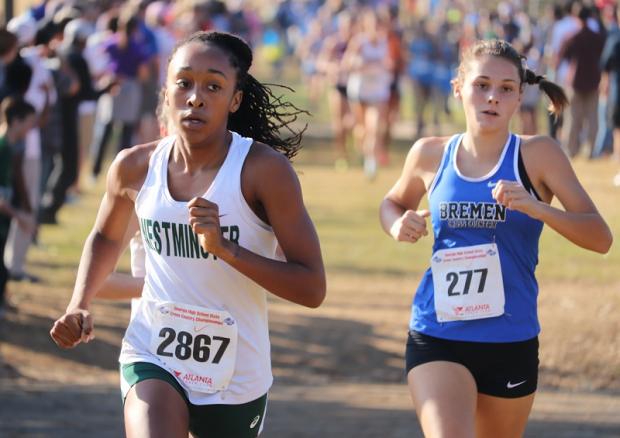 It was a battle early for the lead between Turbes and Grace Clements.

All that rest and rehab paid off for Delaney Graham (surgery 5 weeks before State for a torn meniscus) as she looked very strong during the race, crossing the mats alongside Turbes at 20:13. Bronte Bachetta wasn't far back, taking 4th overall in 21:21, while frosh Katherine Vuckovic placed 9th at 20:58. 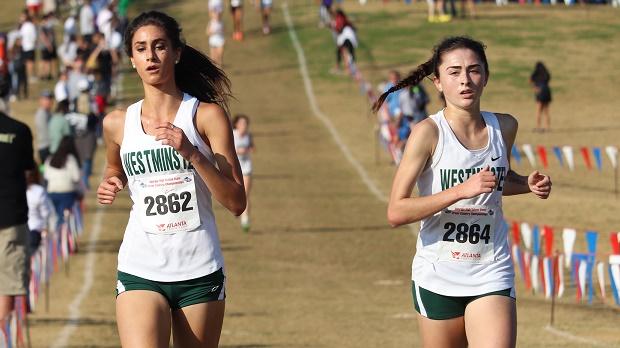 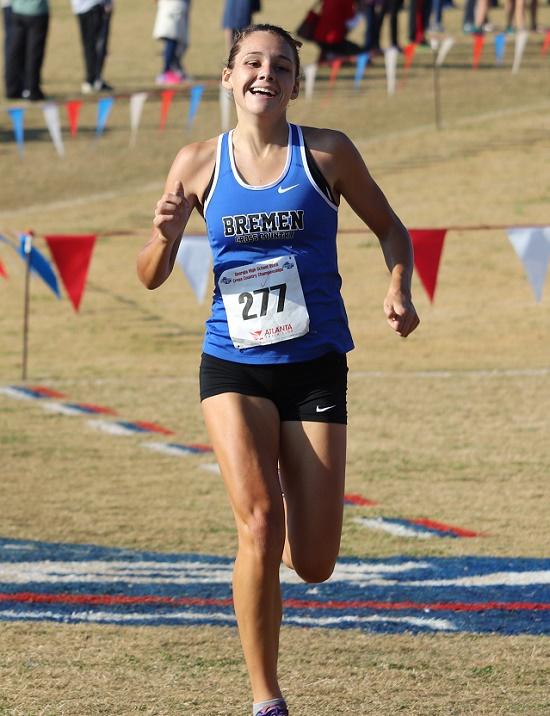 Grace Clements begins to feel a title meters away from the finish line..

It was just to be her day, and no one was able to deny her, as Senior Grace Clements from nearby Bremen, stayed in the hunt during the race, pounced on an opportunity, overtaking the lead near the back part of the course, and kept churning away till she crossed the mats with her first GHSA XC title posting a 19:44.

As expected after their region tussle, Lovett and Pace squared off for the 2nd spot on the Podium behind the AAA champ Cats. Lovett turned the tables on Pace this race by 7 points. The Lions had a 1-5 split of 1:15, which made the difference. Kate Pritchard led the pack taking 11th overall in 21:10. Pace's top harrier was Payton Payne, as she took 8th place in 20:52 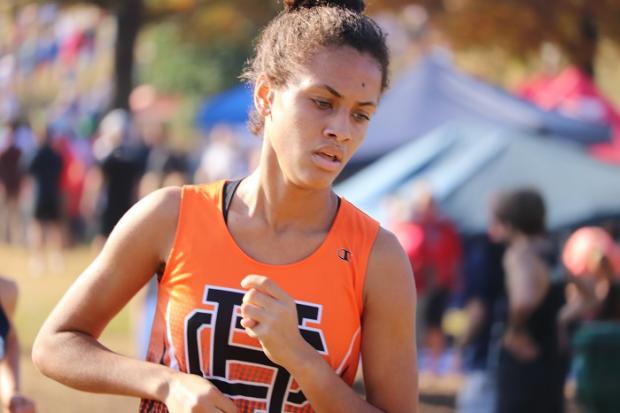 Tanner Guest led Hart County to a return to the Podium.

Hart County made a repeat visit to the team podium as the top AAA public school, taking the 4th spot. Tammer Guest (formerly of ACS) finished 18th overall to lead the Bulldogs. 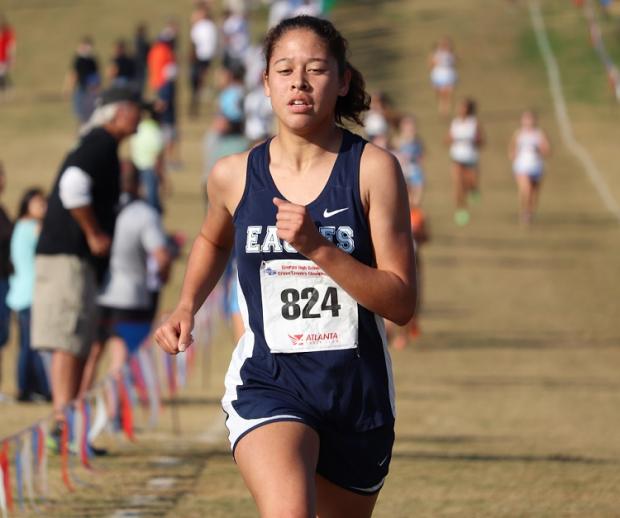 East Jackson enjoyed one of their best finishes ever at State in 7th. Its a story, because multiple time State track champ Sue Morales (above) did not join the team until October, with no real training dating back to 2017 Outdoor Track. Morales dominated at region and looked very good Saturday finishing 5th overall going 20:36. 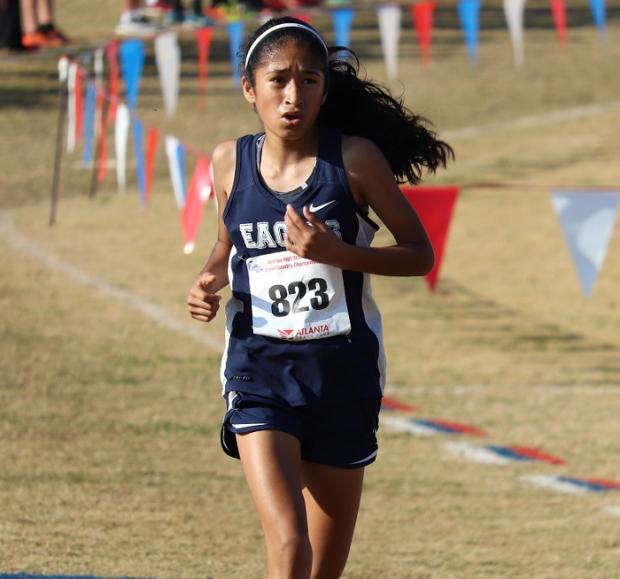