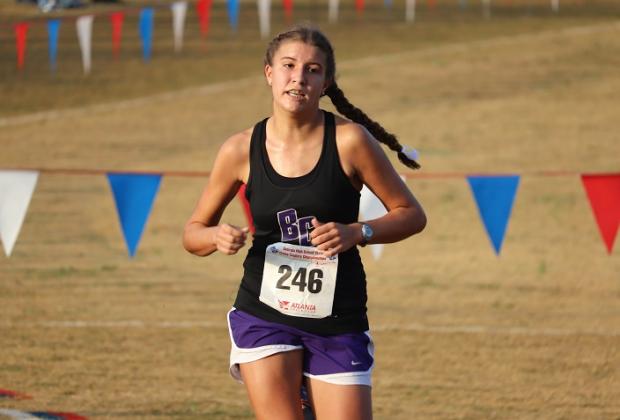 Austin Perez bided her time early, then turned it on taking the Overall title
As called by the AA ranker, Bleckley's girls were primed to repeat as State Champs putting 5 gals in the top 13 spots and sweeping 1-2 individually (avg. time- 22:06) Early in the race, they stayed steady, but after Mile 1, Austin Perez and Macy Moe caught the leaders and gapped them, never looking back, leading the Lady Royals to their 2nd consecutive AA team title. Molly Sims slid into 10th overall, making the All-State team posting a 22:32. 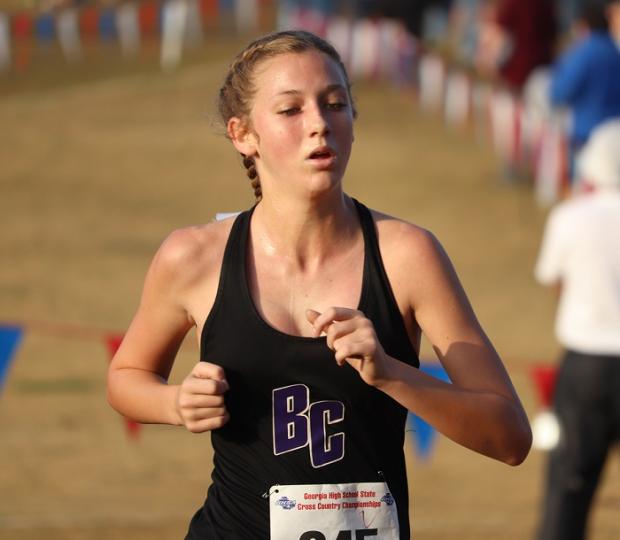 Macy Moe was a big factor in the Royals success all Fall, as she took runnerup honors. 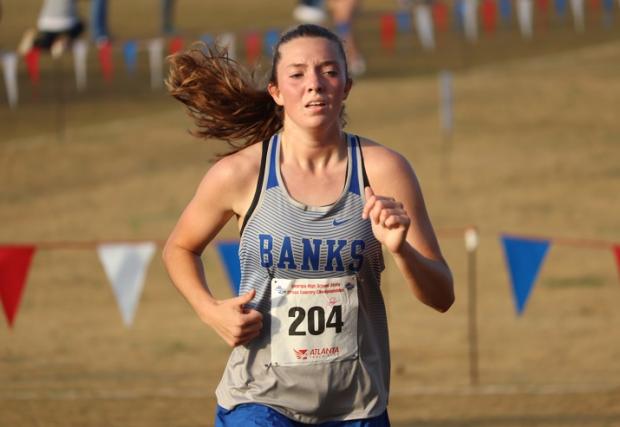 Allison Smith led Banks County to their best XC season in history.
Banks' girls must have drawn some inspiration from their Boys dominating performance, going out and capturing the next Podium position with 101 points. Leading the Leopards hunt was Allison Smith's 6th place run of 22:08. Banks' 2-5 runners provided a 21 point cushion over 3rd place Rockmart. 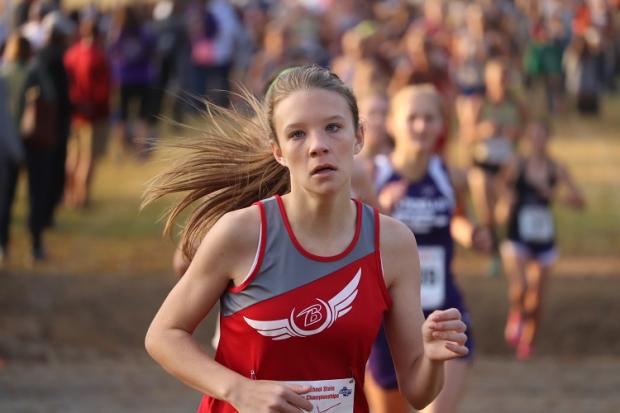 Freshman Hannah Dodd of Berrien County led the race early.
The final 2 Podium places were determined by none other than NW Georgia schools (who's times on local/area courses seemed suspect to some) But, Rockmart and Armuchee must have felt a bit of deja vu, as once again they were throwing down for team pride (like at Region) Rockmart bested their neighbors taking 3rd team wise, led by Allie Sproull's 7th place finish of 22:21. For 'Muchee', Chloe Purdy wasn't far behind in 8th going 22:26. 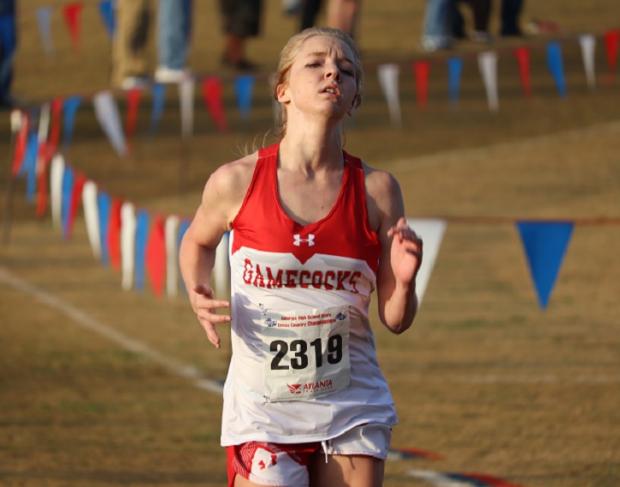