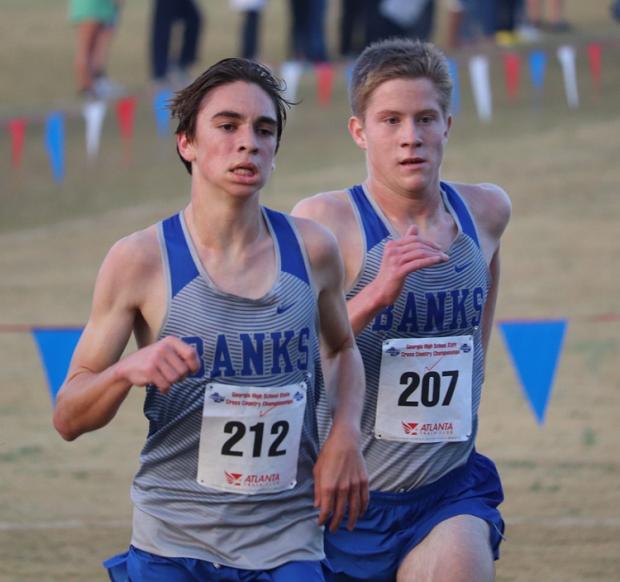 Griffin Stephens and Jimmy Cochran hustle it in for Banks taking 3rd and 4th.

A few minutes after sunrise, Banks County claimed its 1st State XC team title in school history Saturday. In a display of pack running, the Leopards have never displayed, Banks earned 4 All-State spots, scoring 36 points ending Bleckley's streak at 2. Griffin Stephens and Jimmy Cochran worked off each other during the race, and crossed the finish line in together. Stephens took 3rd overall at 17:30.78, with Cochran a nose back at 17:30.52. Next to pounce for the Leopards were Hunter Cochran in 7th at 17:53 and Seth Ledford 8th place in 17:57. 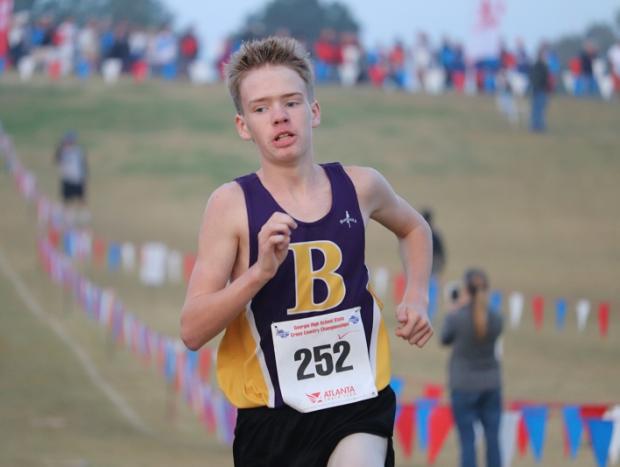 Garrett Rogers spearheaded a young Bleckley squad to 3rd as he won the Individual title.

Bleckley was not without its own shining moment though as Garrett Rogers took over the lead around the Mile 2 marker, and held his gap till the end, taking the Overall title going 17:16 leading the Royals to 3rd on the Podium. Also with a top 10 finish was Jaylen Thigpen taking 9th at 17:58. 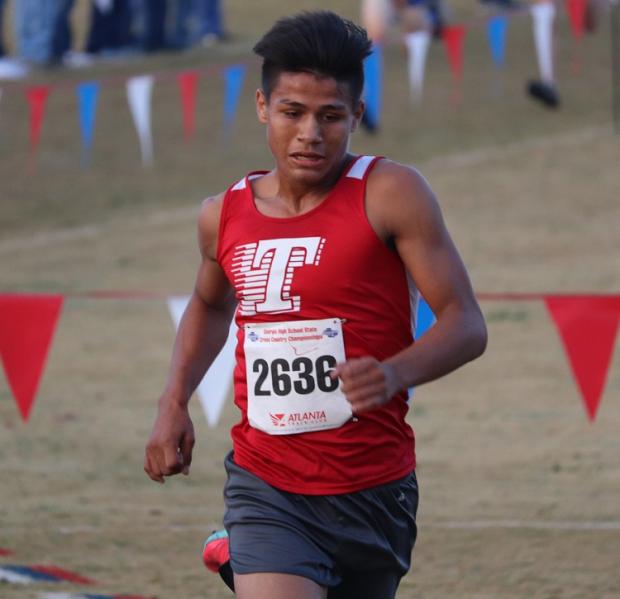 Armuchee proved they belonged on the Podium racing to a 2nd place finish as a team. Chaney Holder had a strong race placing 6th with a time of 17:42. 7-AA rival Pepperell, also showed their Region performance was not a fluke, holding on for the 4th and final Podium spot by 2 points over Toombs County. Edwin Chavez led the way earning All-State honors with a 10th place time of 18:00. Rounding out the top 10 Individuals (not making the Podium) were: Ricardo Santana of Toombs (runnerup- 17:23), Guy Gober of Rabun County who in the top 2 before loop 2 began (5th- 17:41) 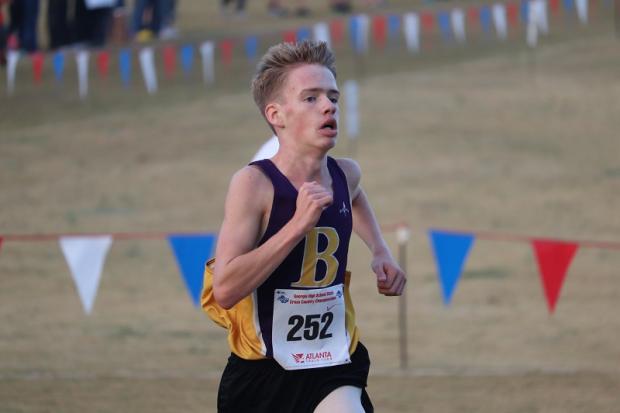 Rogers heads to the finish line for his 1st GHSA XC title. 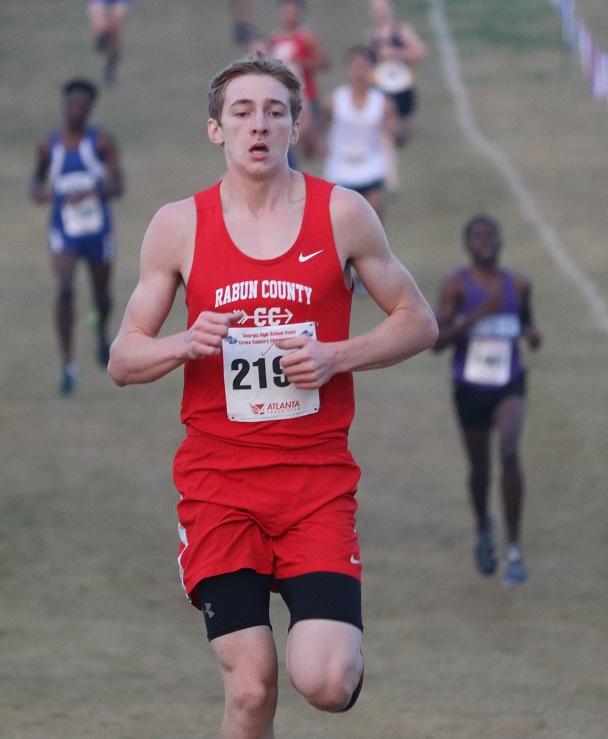 Guy Gober from Rabun County led at the beginning of loop 2.