Single A Private is now down to the Sweet Sixteen for Friday's GHSA State XC Meet.  Going into the meet, Landmark Christian War Eagles (Defending Champs) are the favorite to return to the top of the Podium.  Both Whitefield Academy and Hebron Christian hope to crash the party Friday and reach the mountain top.  Coach Mike Beaudreau's group has won a State Championship before, while this would be the first for Whitefield.

Coach Thorne of Landmark has one of the most outstanding championship records in all classes, so everyone knows his boys will be prepared to defend their title Friday.  Leading the way for the War Eagles is Freshman Sensation Zach Truitt, who will be in a close race with Paideia's Griffin McCauley for the Individual State Championship.  Kameron Jackson and Jack Drury (both All-Area 3 performers) will help Coach Thorne's cause.

Hebron Christian won the Athens Area Meet last week and are led by the trio of Brandon Potra, Ethan Selph and Michael Fabiano.  The Lions had a great early run at the Battle of Atlanta, and have maintained that form throughout the season.  In the virtual meet (just based on Area Times) they are within 10 points of the War Eagles. It will be a very exciting team race and one not to miss, as people wait for Milton to race Friday!

Whitefield could sneak in for the win with a perfect race.  Soph Devin Wade certainly possesses the talent and has run the times to be in the top 3 at State.  Junior Zach Justice and Senior Nick Harris will also contribute to Whitefield earning back to back podium finishes. Caleb Corliss (3rd at the Area Meet) could help this team achieve their upset bid.

The Raiders of Savannah Christian Prep, could be the biggest surprise of Friday, as they definitely are a Super 6 and Podium contender after their race in Macon.  Led by Head Coach Deedee Colter and Assistant Coach Bernadette Staudt, the coaches have the Raiders running their best when it counts.

Junior Daniel Harvey and Soph Grady Coppock finished 1st and 3rd respectively in their Area Meet.  The Raiders averaged a strong 18:04 on the moderately difficult Georgia Industrial Children's Home course, so this squad could make some serious noise Friday morning..

Wesleyan under the tutelage of Coach Chad McDaniel, returns to the State Meet after a one year hiatus.  Look for the Wolves led by Freshmen Mac Howie and Senior Peter Hess to battle for the podium.  They finished behind Athens Academy at the Area Meet, but had 6 people ahead of the Spartans #4 (which will make a bigger point difference in a super competitive field).  The Wolves could make it all the way back to the Podium if they run well.

Athens Academy possibly has the best 1- 3 in Single A Private, and could contend for a top 3 spot, but that truly depends on how their number 4 and 5 runners fare Friday in Carrollton.  Sophomore Graham Blanks, Senior Ryan Iyer and Junior Alex Branch all had phenomenal Area races having crossed the mats in the top 4. They will need the same effort to compete for the Podium Friday morning.

Holy Innocents' Episcopal led by Junior Porter Null and Senior Blake Morain, has steadily improved as the season as gone on.  They also can make the podium and what helps this squad is that they may have the one of the top three 1-5 spreads in Single A.  They also may boost the top 6 and 7 runners in this division (which will be important as every single point matters Friday).  Look also for Sophomores Liam Hill and Colin Peters (15th at Area 3) to make contributions for the Golden Bears Friday.

The Galloway School made the State Meet for the 21st straight year with their great Area 3 meet performance.  Senior Alex Van Schoor is once again running his best races at the end of the year and could be a darkhorse to take the Single A individual title.  Congrats to Coach Beatty for guiding the Scots to the State Meet despite all the adversity of the season.  This squad would need an A plus race to make it all the way to the podium but after their Area 3 race anything is possible.

My final two schools for the top 10 are Brookstone and the Paideia. The Pythons could go 1st & 5th at State, with former State Champ Griffin McCauley along with a very improved Alec Tubbs leading the way for Coach Amanda Sautter.  The Pythons lack the depth of teams above. So, ultimately just do not see them cracking the Super 6, though they could sneak into the Elite 8.  Brookstone had a solid Macon Area meet and hope to race their best Saturday.  One other team to look out for Friday is Darlington- as they are a perennial Top 10 squad. 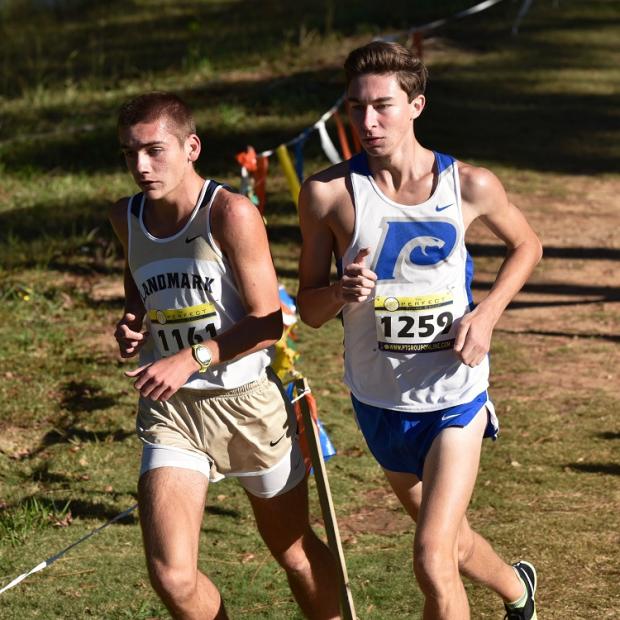 The Asics/Alexander course spelled it out below who does well on flat tracks, but Carrollton is not a pancake, with plenty of tough hills (including Separation Slope) which has broken many a runner on Loop 2.. Griffin McCauley of Paideia and frosh Zack Truitt are good friends, and have ran alot of miles together. Its the Senpai vs Kohai Friday morning for the Overall title. There could be a tight chase pack trying to stay in contact, including: Devin Wade, Kameron Jackson, Alec Tubbs, Jack Drury, Ethan Selph, Brandon Potra, Alex Van Schoor and Graham Blanks.