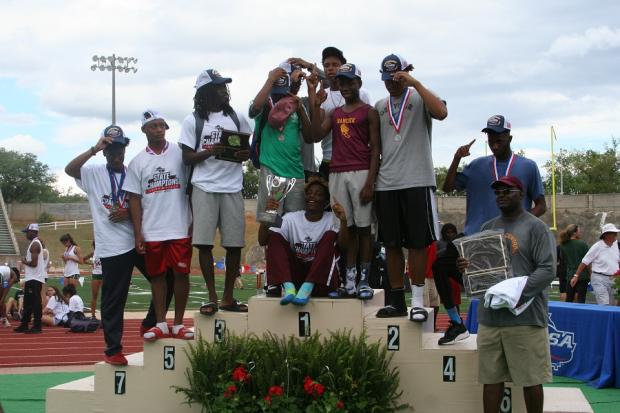 Hancock Central had to make a mad surge late Saturday to catch leader Gordon Lee, but brought home 4x400 Gold jetting them to the top of the scoreboard with a 4 point margin of victory. Leading their winning effort were: the 4x400 squad, a Silver for the 4x100 team, Devojea Tucker scoring Silver (100m) and 4th (200m), 5th (LJ), and Teondrick Shorter came thru in the TJ with 8 big points. 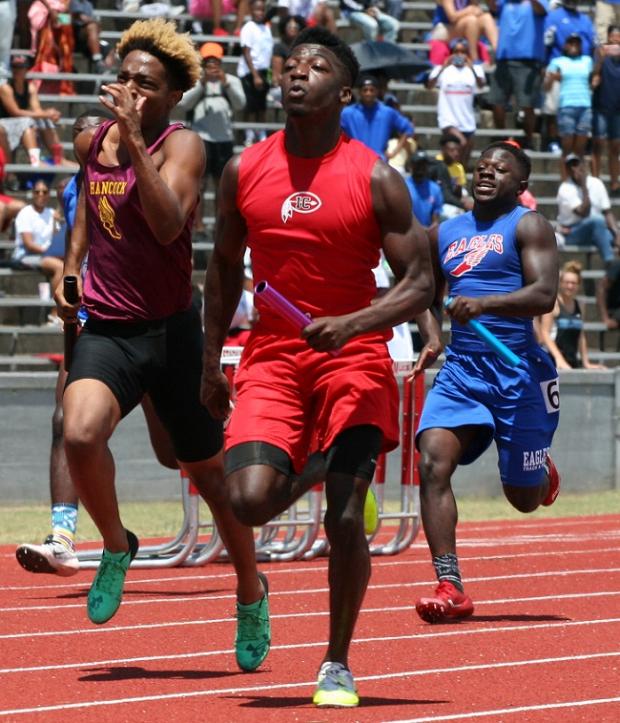 Irwin County blasted to 4x100 Gold in A Public 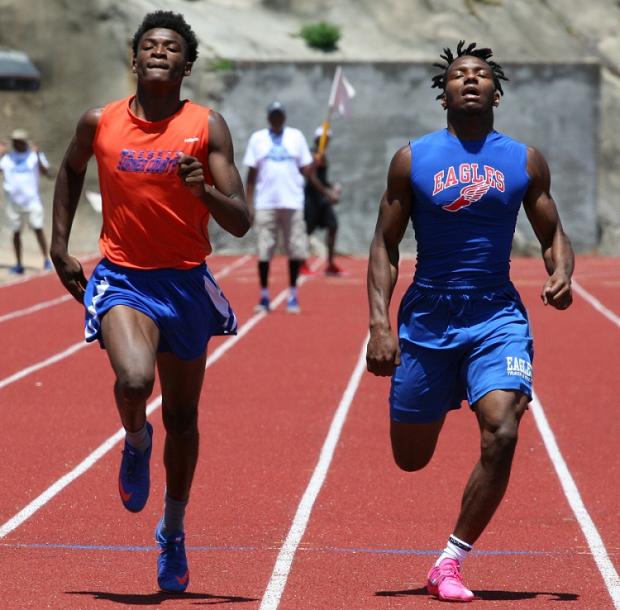 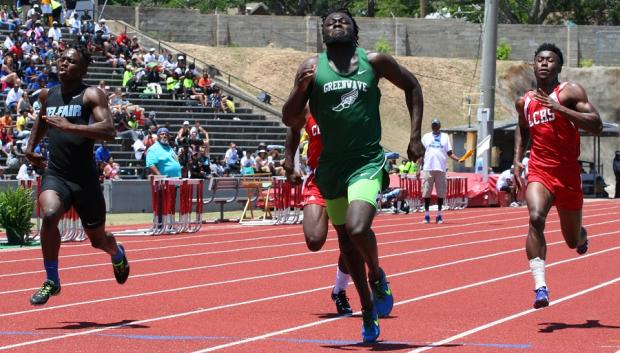 Datravion Bishop from nearby Terrell County raced to 100m Gold. 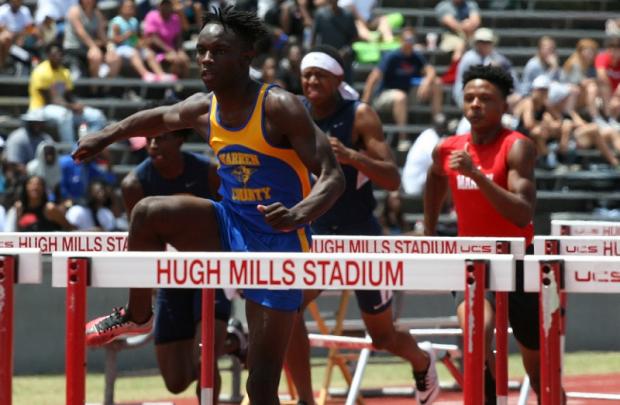 Jarvis Collins from Warren County dominated in the 110h. 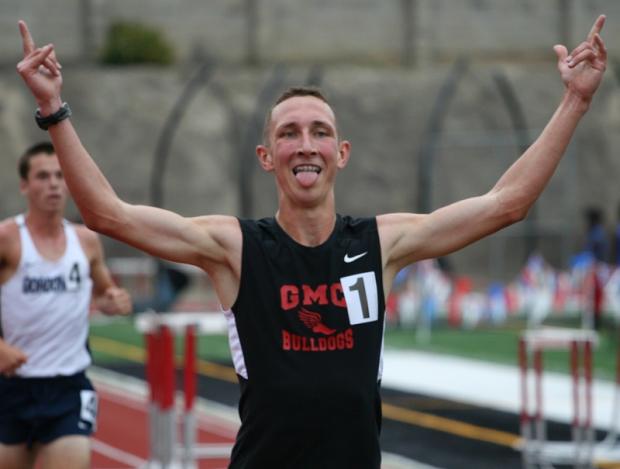 Hunter Kimball swept the 1600/3200m races with ease after sitting out a year for Georgia Military. 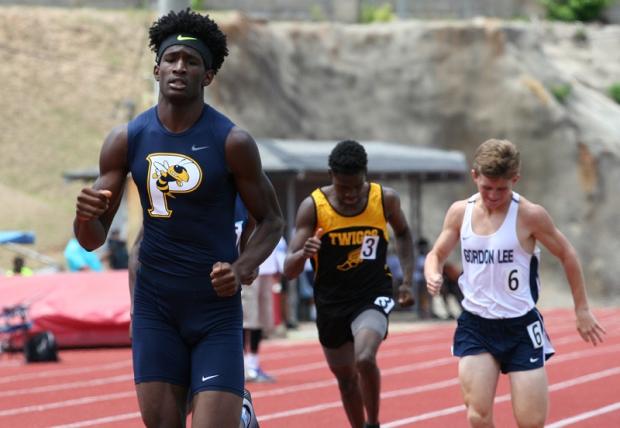 Cassius Allen from Pelham holds on for 800m Gold. 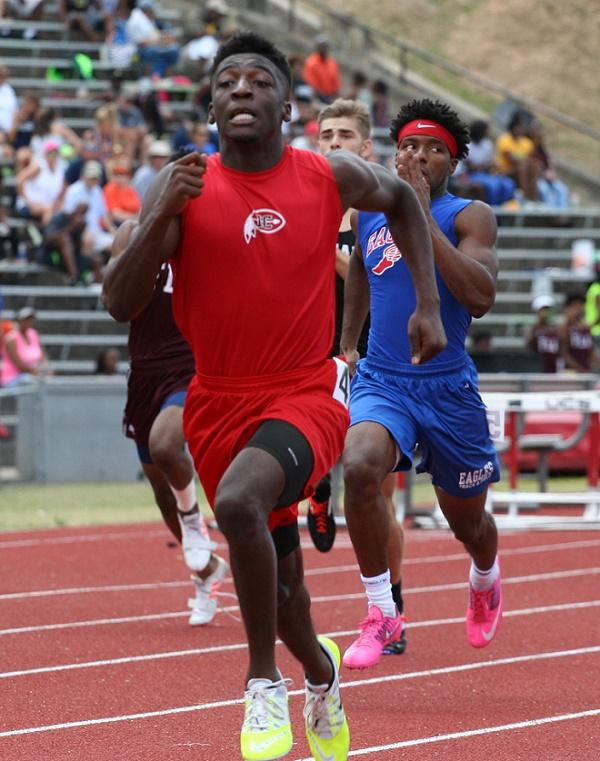 Ziaire Andrews from Irwin County sped to the 200m title. 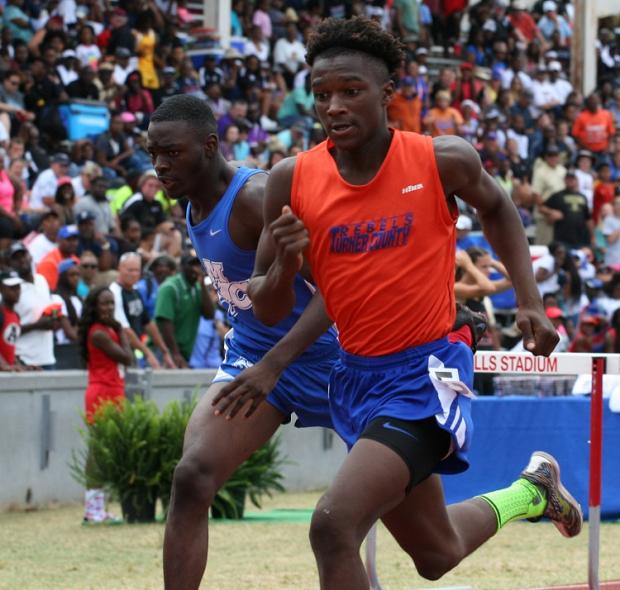 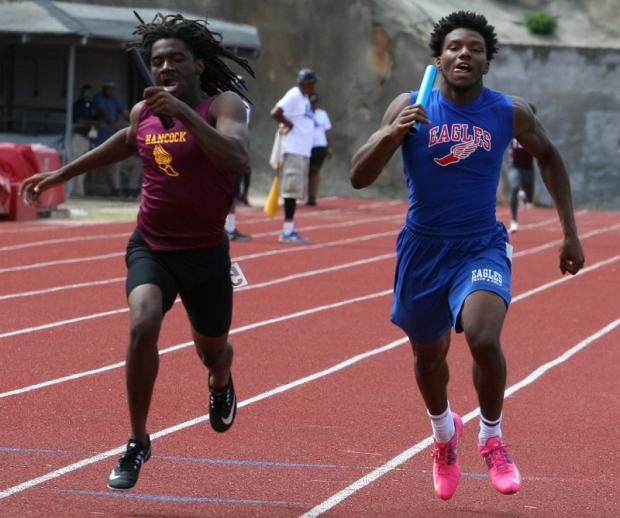 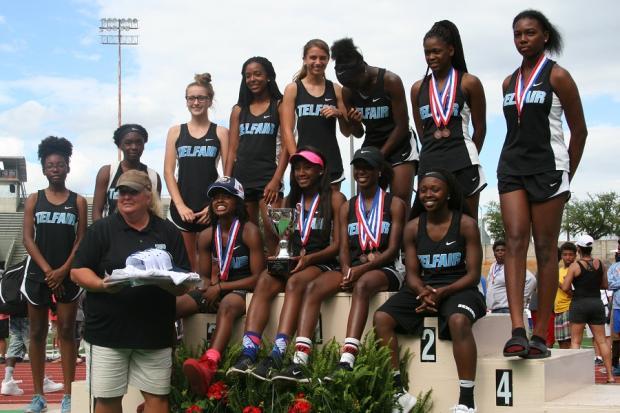 Telfair County Gals are the A Public Girls Champs

Telfair County Girls sped away from the field during Saturday finals, easily winning the A Public Girls title. Brandy Mackey was the High Point Award winner, earning Golds in the 200m, LJ, Bronze in the 100m, ran a leg on their winning 4x400 squad, as well as the 4x100 where they placed 3rd. Nyasia Howard won Gold in the TJ, Silver in the 400m, 5th (LJ) and ran relay legs as well. Arneshia Hardee added a 5th (800) and 6th (1600m) 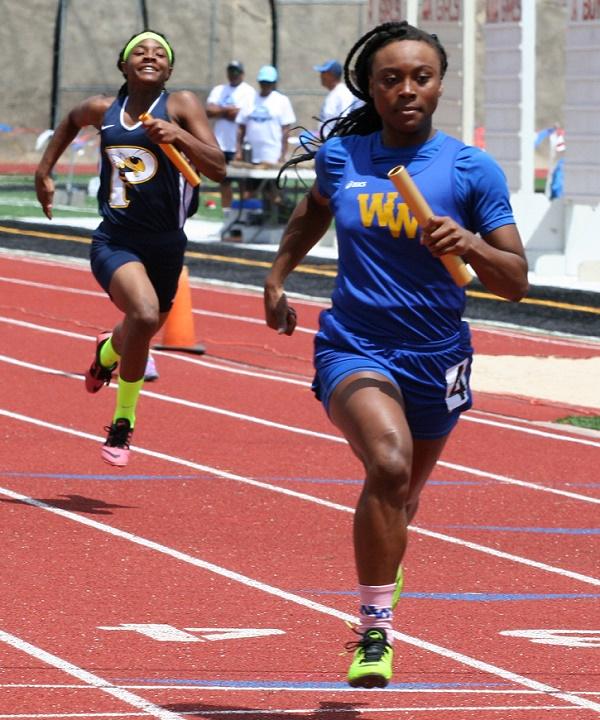 Washington Wilkes 4x100 team was the best all season and proved it taking the Gold. 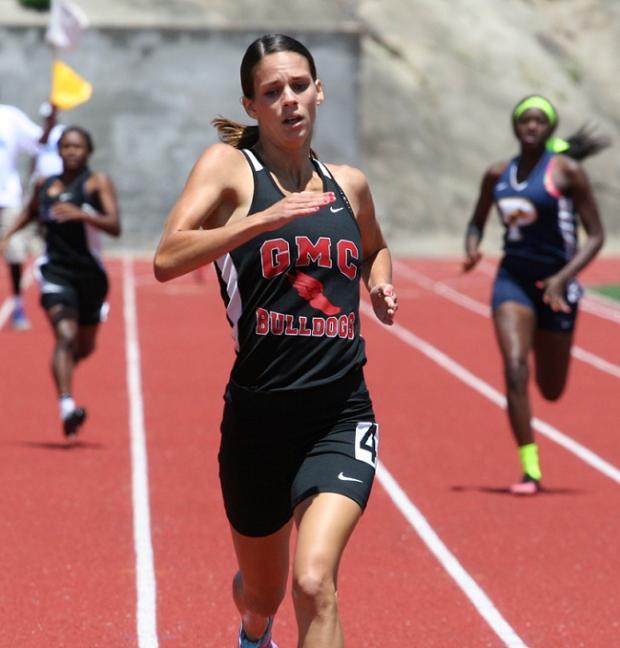 Abigail Kirkland of GMC wins the first of 2 Gold beginning with the 400m. 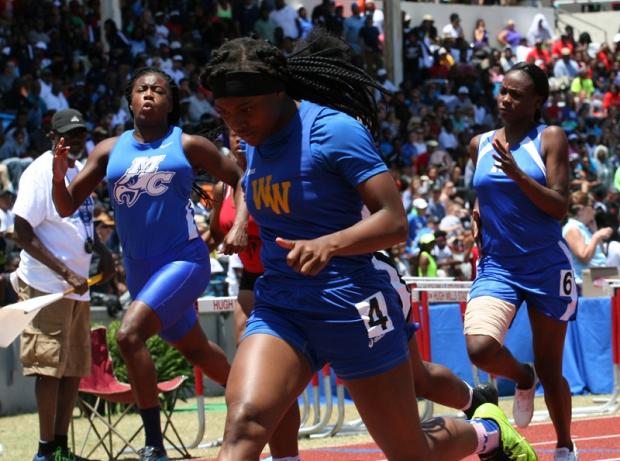 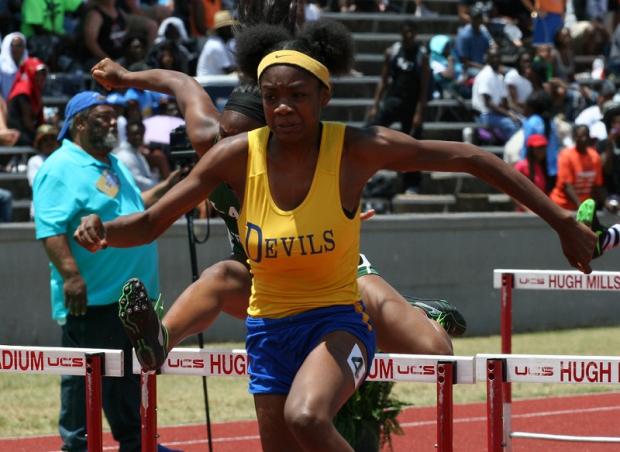 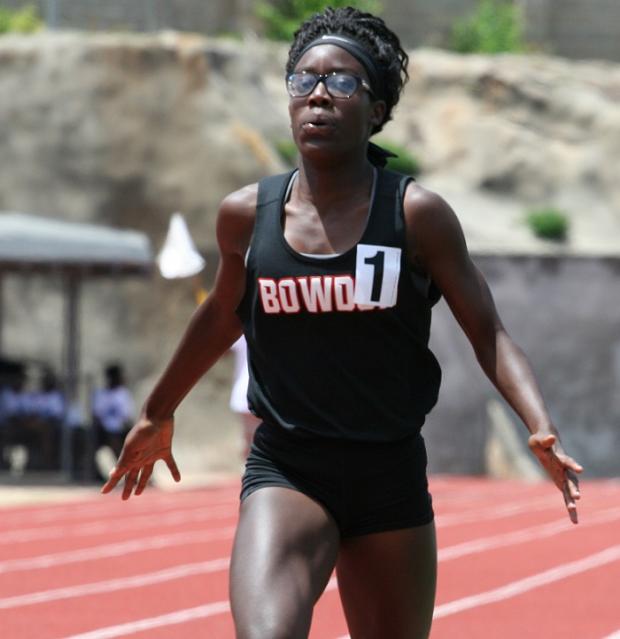 Dasia Wyatt from Bowdon takes the win in the 800m race. 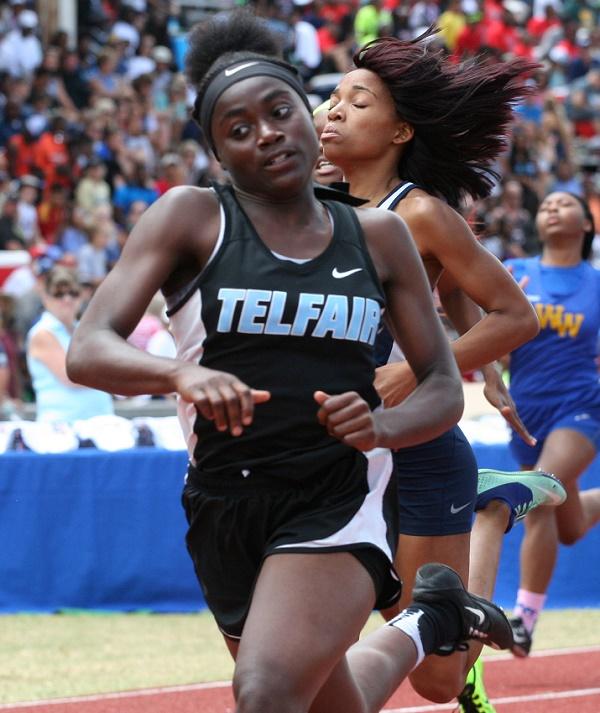 Brandy Mackey of Telfair County clinched the State title by winning Gold in the 200m. 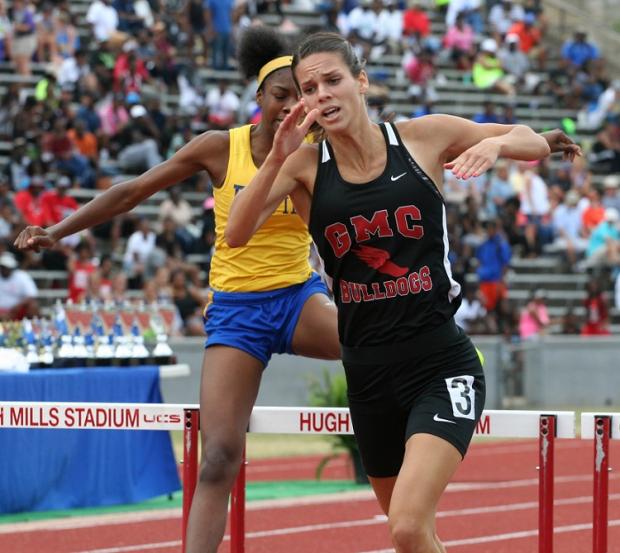 Abigail Kirkland's 400m speed proved to be the difference in her 300h title. 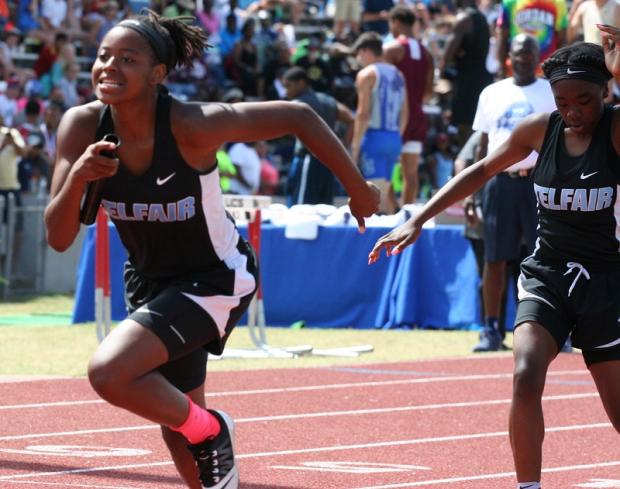