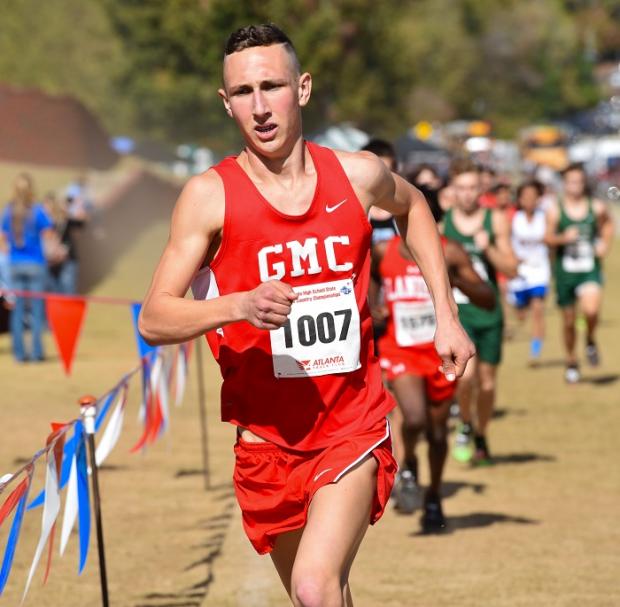 Hunter Kimball begins to pull away.

Georgia Military has dominated A Public all season and the State meet was an opportunity to showcase their top 2 runners, Hunter Kimball and Aaron Kirkland. Kimball (who has a pr of 16:25) took off early and was out of view of the field most of the race. He finished setting a new A Public Boys meet record time of 17:26.99  Aaron Kirkland had a strong race taking 2nd overall posting a 18:15. Joining them on the All State squad is Kaylon Farley who placed 9th in 19:13. Coach Sherwood commented on the Boys race, "Seminole County made their arrival in Single A Public known as the were able to keep the race closer than expected.  Gordon Lee, another of the new schools in Single A Public used their year-long training on hills to grab third place.  Although the overall times were a little slower, the Single A Public boys race was an exciting one.  Congratulations to GMC Prep for winning their 3rd title in the last five years. 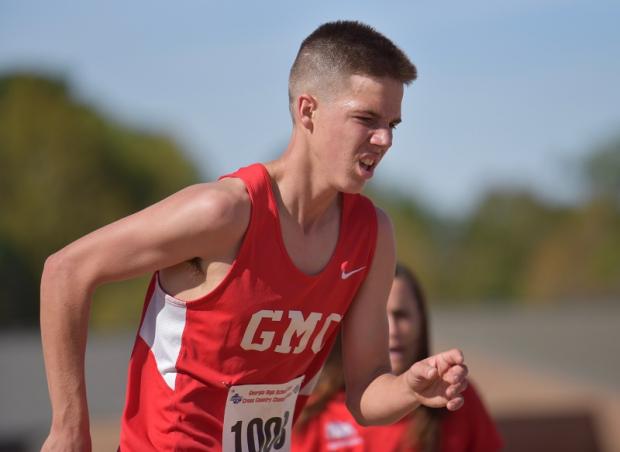 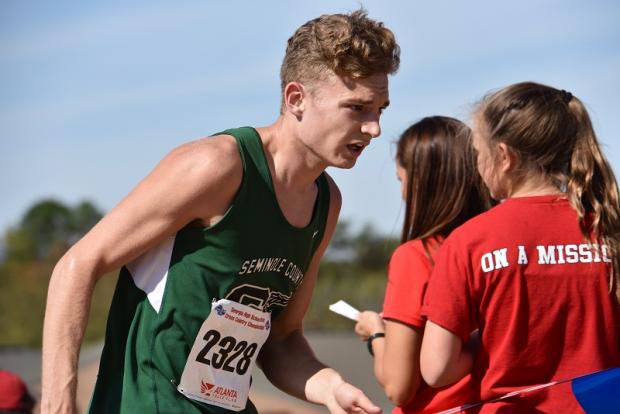 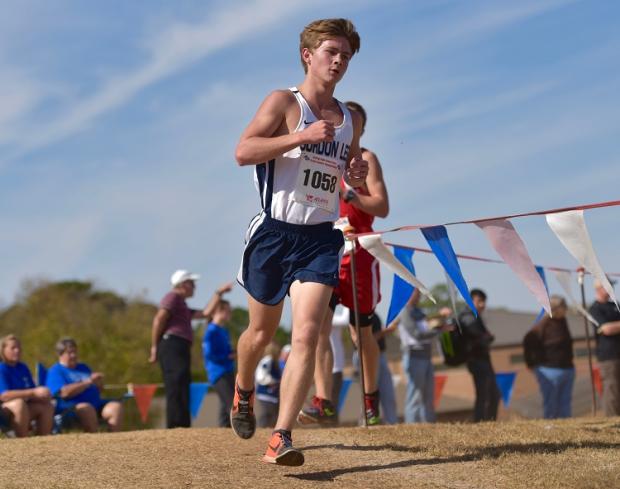 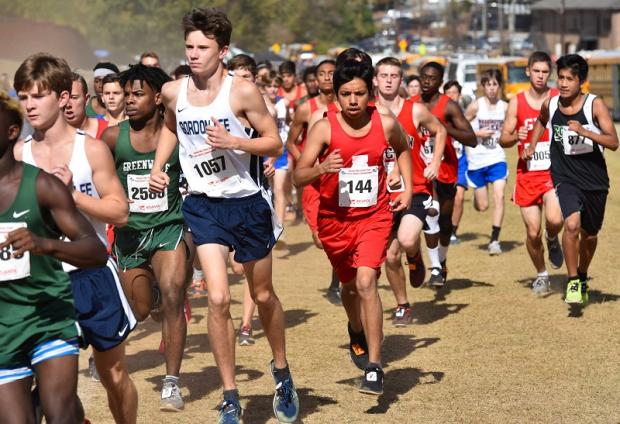 A Public Boys begin their quest for glory.
Rounding out the All State squad were: 2015 champ Blake Bargeron from Tefair, 6th at 19:05, frosh Bryce Murkerson from Hawkinsville, 8th at 19:11 and Jared Taylor of ACE Charter 10th in 19:24. 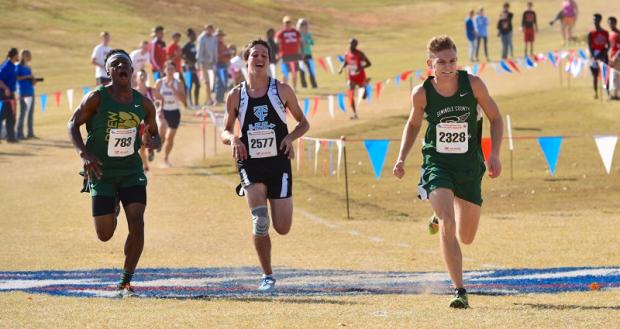