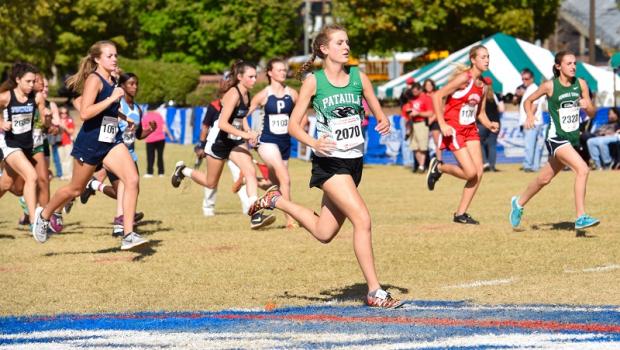 Alli Hay begins the race and gets out early.

Senior, Alli Hay of Pataula Charter was an overwhelming favorite to take the Individual title, which she did with ease going sub 21: clocking a 20:57, which sets a new A Public Girls meet record by :50. 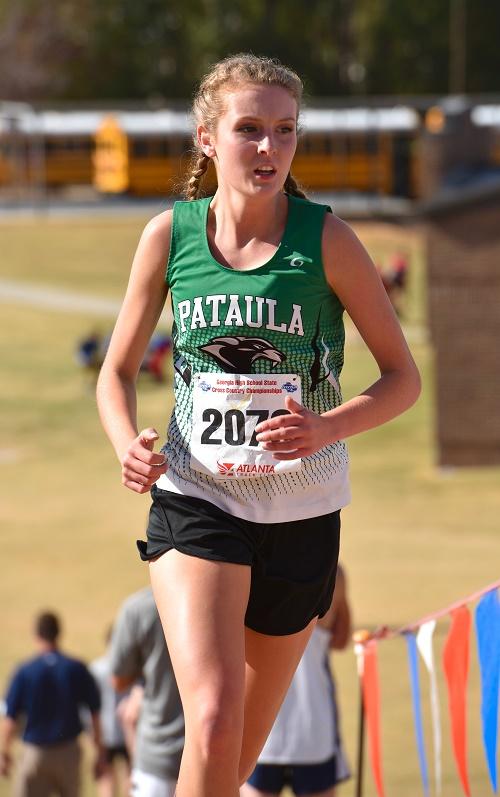 All Hay crests the back of Center Hill
Towns County won their 5th consecutive team title since the inception of A Public as a separate class. It didn't come easy though, as they once again held off a determined Commerce squad for the 2nd time in 10 days. The Indians won by 4 points putting 2 girls on the All State squad including Hannah Whitehead who was 8th in 23:32 and Taylor Cornett 10th at 23:46. 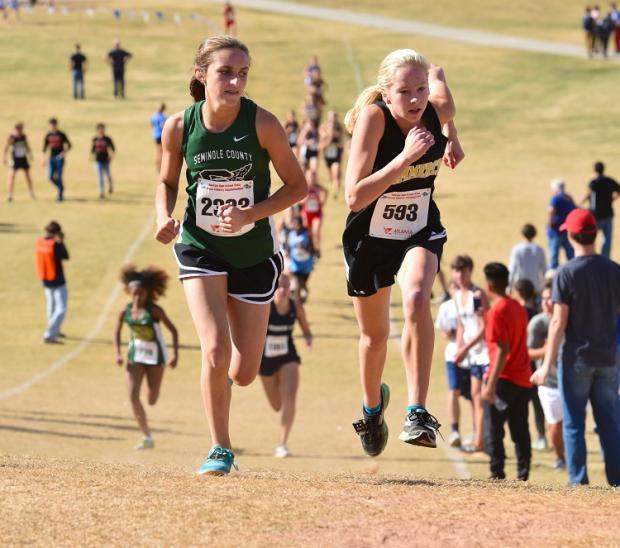 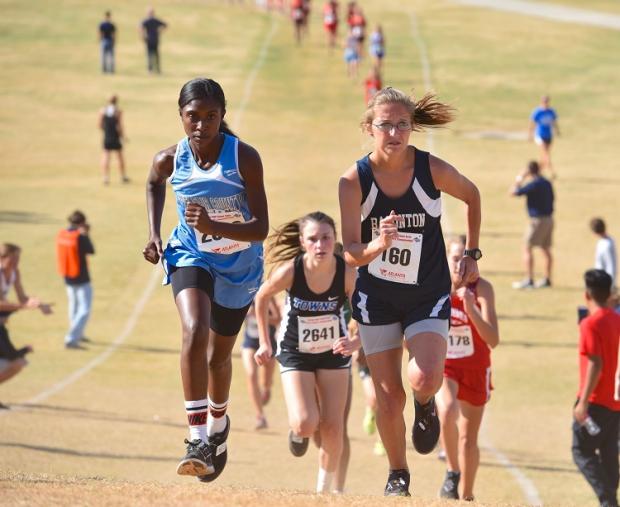 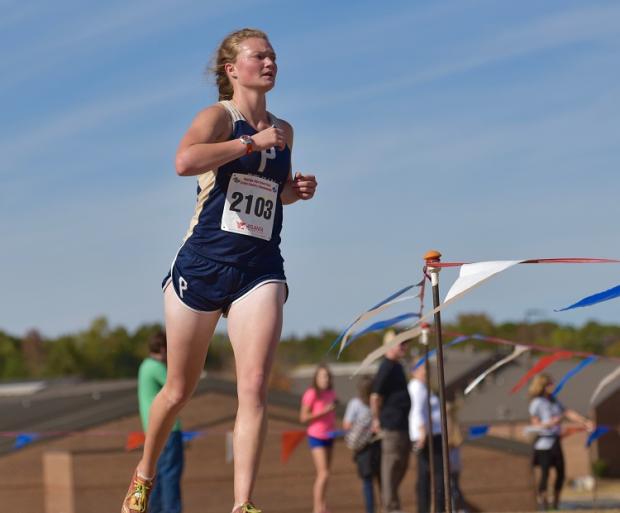 Monica Webb from Pelham crests Center Hill.
Also earning All State honors not mentioned above were: Monica Webb from Pelham, 3rd at 22:31, Nicole Presely of Baconton, 4th at 22:50, Seminole County duo Macy Williams, 5th at 22:55 and Masey Tabb, 6th at 23:29 and Sarah Rucker from Hawkinsville, 9th at 23:42. Coach Sherwood relayed, "Alli Hay had a dominating performance and finished her high school career as State Champion.  The girls team race did not disappoint as Towns County defended their title and defeated Commerce by only 3 points! Despite the girls race being the last one of the weekend, there was plenty of drama to keep those who decided to stay interested in the outcome of the race"