Its been a long time coming...but, East Jackson rallied themelves as a family, rising up to take the AAA Boys State title, they have flirted with since 2014, when they fell just short, losing on a 6th runner tiebreaker to now AAAA Blessed Trinity. Until lately, its been a hard row to hoe, finding potential runners at East Jackson. Not anymore....Its fitting the Kennedy twins (seniors) will go out as State Champs, and their successes, have motivated many MS kids to come out for XC now. 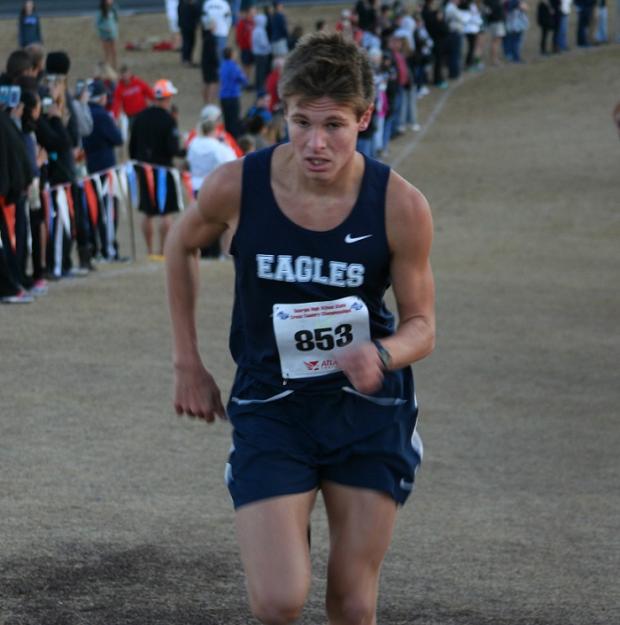 Chase Kennedy was unflappable, burning down the fastest time All Classes at the State Meet in 16:01.

Chase Kennedy has been a phenom this season, taking it out hard (like Pre) and making everyone work to keep up. He threw down a meet best 16:01, defending his 2015 title. Chandler, had a great race, pushing hard, taking 3rd in a photo finish at 16:44. Shane Shelafoe, has been one of those jewels Coach Sitton saw vast potential in. Shelafoe has been a Godsend, developing into a top runner in AAA, placing 7th at 16:53. 'Ridge' Chaisson, may be one of the smartest guys in Georgia, and has been a rock, forming a solid 1-4 core for the Eagles. It was (to me) intriguing, watching them worry and wonder about the team scores, as I knew they were at least in the clear by 20 points. Once official results were released, they rejoiced...but it was cut all too short.. The squad dedicated their win to a comrade/team member, who had been tragically killed recently...RIP young man. 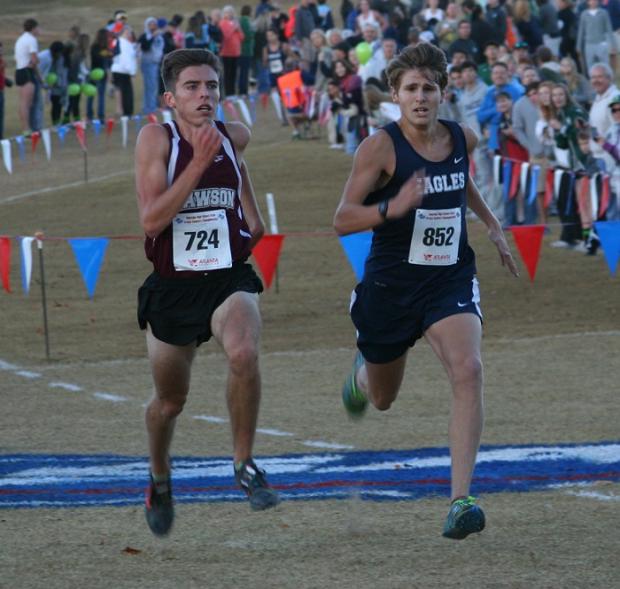 Jacob Poston (L) and Chandler Kennedy in an all out sprint to the finish line.

Westminster brought it as expected, making things interesting, but did not have enough firepower up front to threaten for the win. The Cats' put 2 runners on the All State squad, including Jack Powers in 6th at 16:53 and Will Wallace 8th at 16:57. Lovett had a sweet race, placing 3rd teamwise, led by Everett Smulders 5th place finish of 16:52. Dawson County had an excellent meet, taking the final Team Podium spot, led by Jacob Poston's strong 2nd place finish of 16:43. Only 2 points separated the 5th and 6th place teams, with North Hall taking 5th led by Devan Crow's 4th place effort of 16:50, along with Tommy Johnston's 11th at 17:09. Pace Academy, led by Jack Douglass' 10th place finish of 17:02, finished 6th as a team. Walt Douglas from Coahulla Creek, placed 9th overall at 17:00. 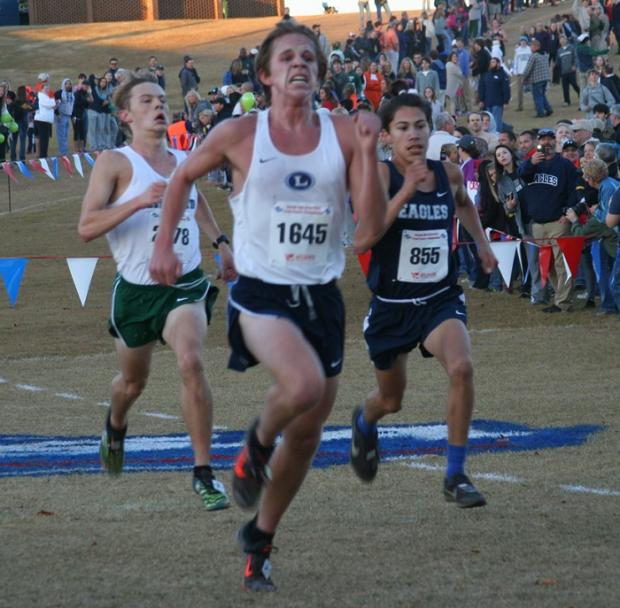 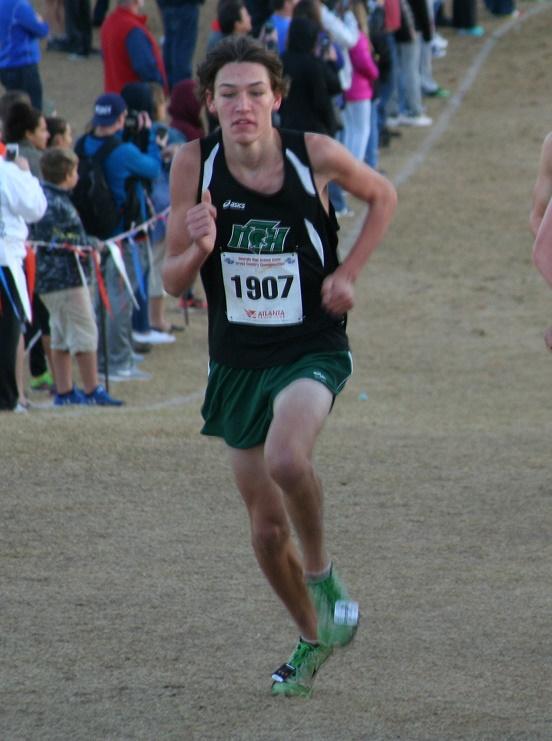 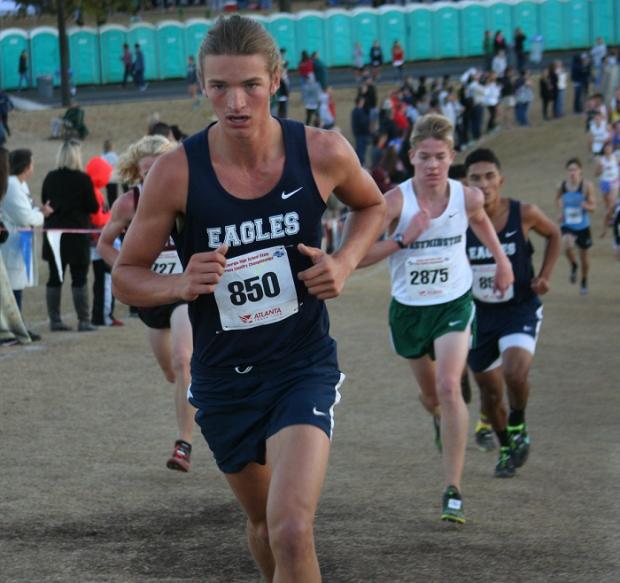 "Ridge" Chaisson was a crucial part of the Eagles' success this season.