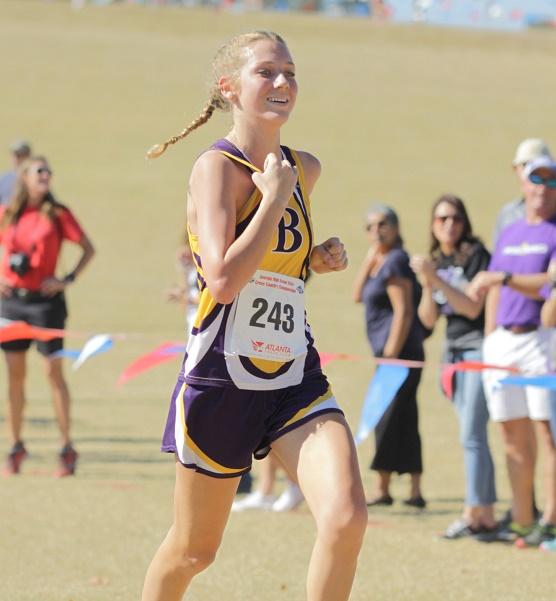 The AA Girls race was all about who wanted it more and was better prepared for the 'Hills of Carrollton'. When the dust had settled, it was Bleckley County who had taken beter advantage of the tough layout earning the team title, making it a Royals Sweep of the AA team titles, or shall we say 'Royal Flush'. Macy Moe was their top finisher at 3rd Overall in 22: 04. But, the race was won by their 2-5 having a split of 1:04. 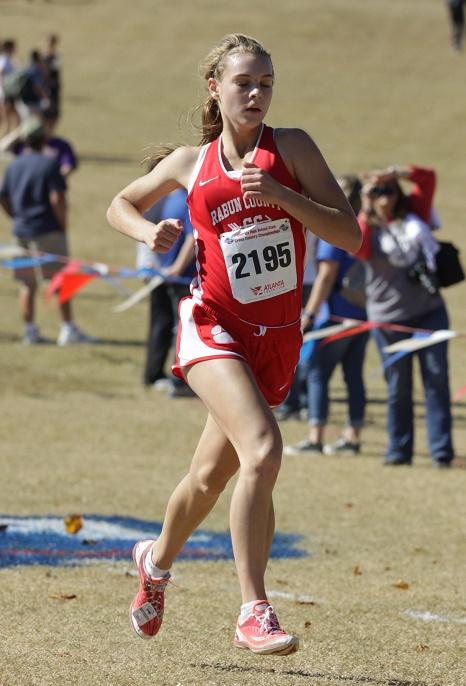 Rabun County has some experience with hills, being located in the foothills of the southern Appalachian Mountains. the Tigers also placed 3 gals on the All State squad, including: Georgia Stockton, 5th in 22:38, and 2 freshman harriers in Laken Stiles, 7th in 22:58 and Hanna Cannon, 10th in 23:19.  As advertised, this was going to be a tight team race, as it took a 6th runner tiebreak to separate St. Vincent's Academy and Model. SVA took 3rd as a team led by Lauren O'Hearn and Brynne Acuff. Model had a big lead thru 4 scorers, but fell short of clinching the 3rd Podium spot. Top runner for Model was Alex Quarles placing 4th in 22:18. 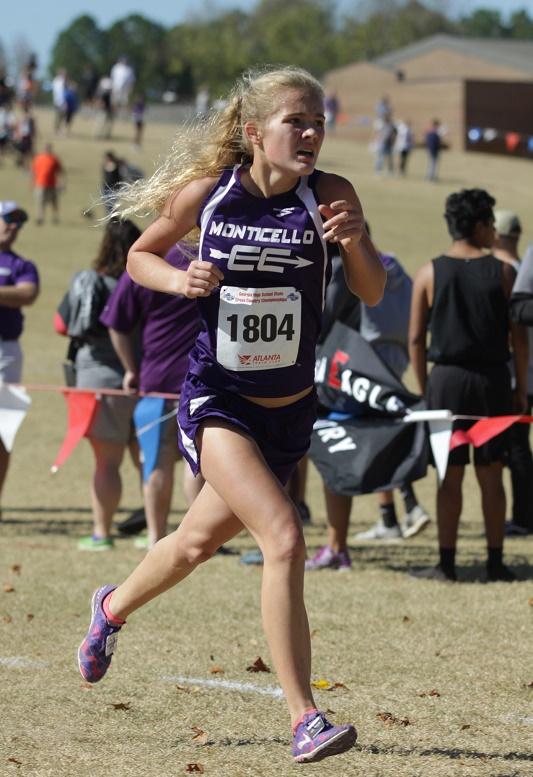 Mari Jablonski of Monticello raced to the Overall win.

The Individual title, came down to 2 girls who qualified individually from Monticello. The sisters Jablonski were feeling it Friday, as both had their best race of the season at State, on the hardest course they have faced. Freshman Mari Jablonski got the better of her older sis' Alina, seizing the win at 21:37, while junior Alina hung tough for runnerup honors at 21:52. Rounding out the top 10 was Ashleigh Ray from Coosa 6th at 22:46, Madison Nimmons from Oglethorpe County 8th at 23:12 and Allison Smith from Banks County 9th in 23:16. 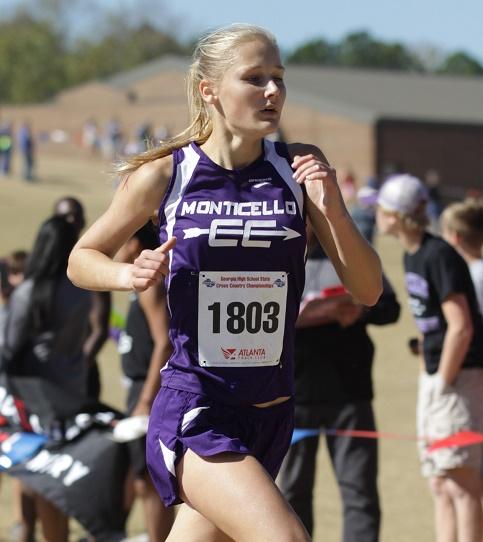