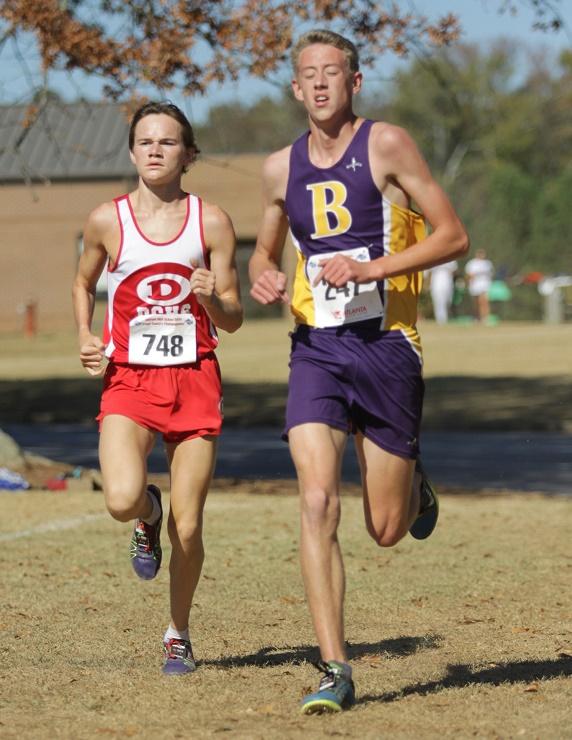 They've done it before and they did it again. Bleckley County defended their team title, albeit closer than expected, and Carl Ellis Corley did the same taking the Overall title. No, it wasn't easy, as a game banks County squad could have been holding back for State as evidenced by their top runners times Saturday. Corley has been fighting the flu the past week or so, but he stayed up front the entire race before kicking it in a lower gear ascending the final hill pulling away for the win in 17:19. Clayton Scarborough from Dodge County, stuck with him the entire race until the final 150m, ending up as AA overall runnerup in 17:27.The Royals had 2 other runners make the All State squad including frosh Garrett Rogers taking 5th in 18:00 and senior Dayton Cannon 9th at 18:26. It took the Royals 5th runner (Bronson Sanders) besting his Banks counterpart by 10 spots to clinch the title. 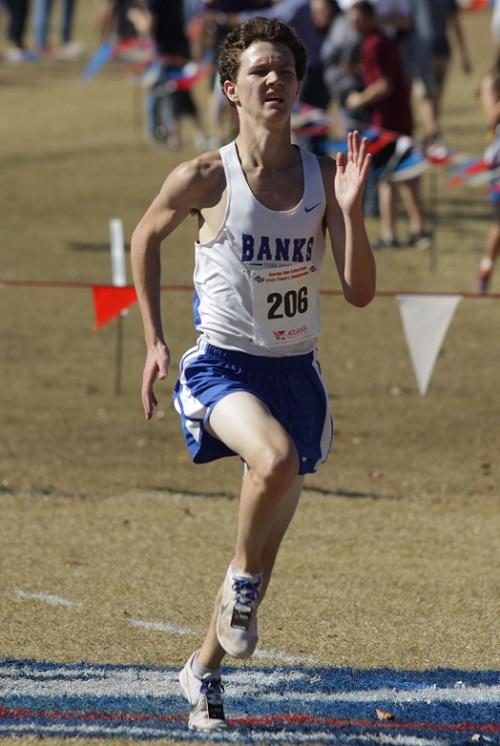 Samual Davidson had Banks in the hunt for a team title.

Banks County must have been working some hills and really brought it noon time Friday, as the Leopards placed 4 in the top 11 spots, actually just 2 points behind at that point after both 4's had scored... Making the All State squad (top 10) for Banks was Samual Davidson racing to 4th overall at 17:55, frosh Griffin Stephens taking 7th at 18:08, with  Jimmy Cochran a stride back going 18:09. 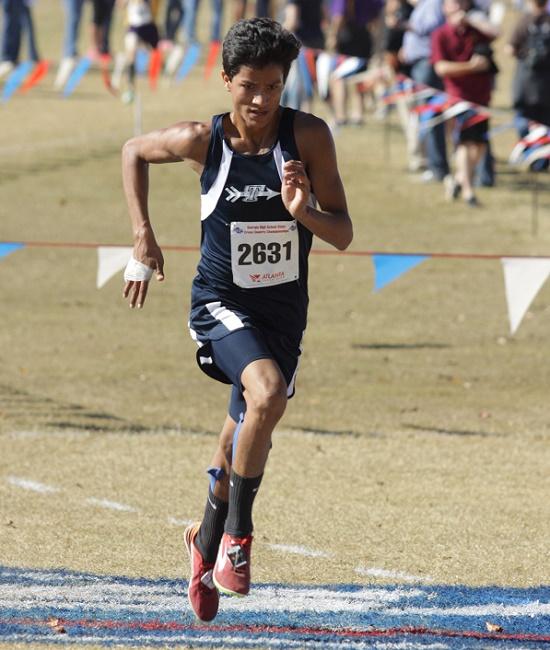 It should come as no surprise that Toombs County ended up 3rd on the Podium as they had ran well all October. Tristan Lynn led the way with a nice finish of 3rd overall clocking a 17:51. Kicking in with a 10th place finish was frosh Ricardo Santana at 18:30. Butler...Butler? yes, Butler pulled off a shocking 4th as a team, after not even being on anyone's radar at all. The Augusta school had 1 athlete that raced in a solitary meet that submitted results on MileSplit. Talk about coming out of the weeds! They accomplished the feat by staying together in a pack for nearly the entire race. Armuchee finished 5th in the team race and Dodge County 6th. Rabun County has a tough freshman named Guy Gober, who ran to 6th overall posting a 18:02.

Frosh Garrett Rogers was key in the Royals repeating.