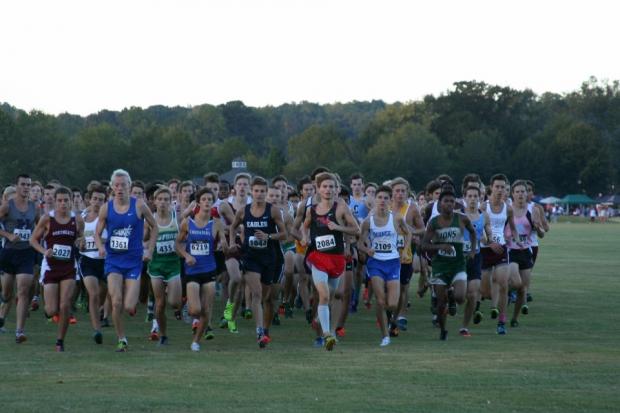 It was a great day of racing at the Foxhall Sporting Club on the banks of the Chattahoochee River. Residual winds from Hurricane Matthew affected times quite a bit on all the thinclads. (Cairo term from Coach Tommy Taylor) 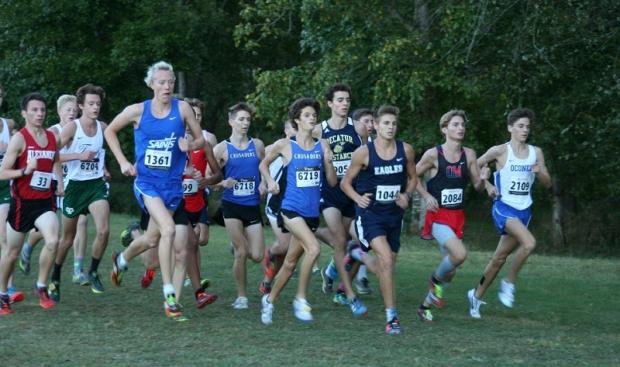 The lead pack sticks close together in a pedestrian 5:04 Mile 1.

Jacob McLeod (Trinity Christian), Wesely John (Oconee County), Darr Smith (Johnson Ferry), Braeden Collins (Alexander), Sam Ellis (Decatur) and Chase Kennedy (East Jackson) were all were in the front group in the first mile, in which they came through in about 5:03. The lead group then began to thin out, as there were only 4 guys in contact, including: Sam Ellis, Braeden Collins, Jacob McLeod, and Chase Kennedy. 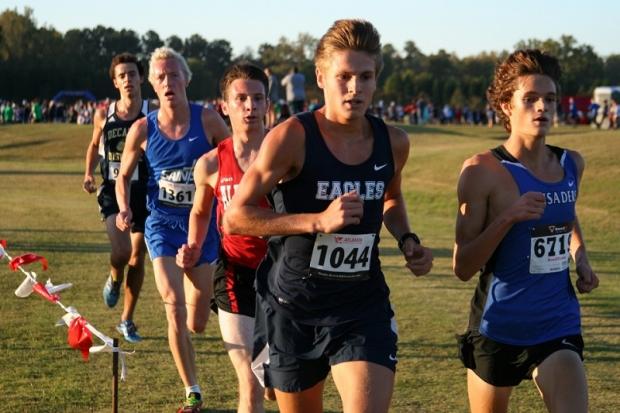 By Mile 2 it was down to 5 runners still in contact. 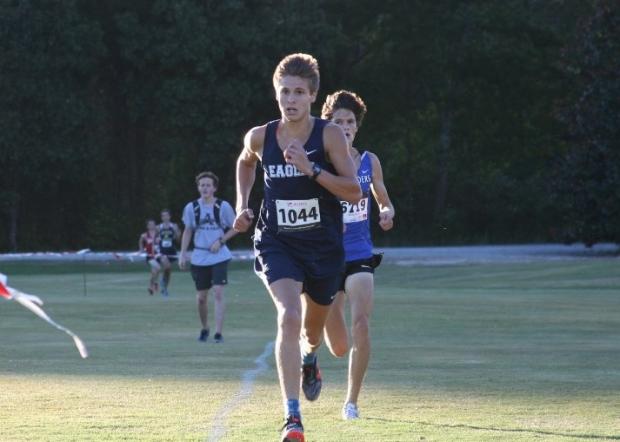 Kennedy and McLeod prepare to find out who has the best footspeed the final 200 meters.

Trinity Louisville (KY) long trek to GA paid off hansome rewards as they took the team title back home scoring 69 points placing 2 harriers in the top 10 spots, including: Jacob Burnham 6th (15:59) and Trevor Warren 8th (16:07) Alexander ran extremely well solidifying their #1 ranking in AAAAAA, placing 2nd as a team 23 points back with a team average of 16:16 Collins led the way placing 4th, Tyler Worton (15th- 16:11) and Koi Williams (17th-16:16) Race Director Brian Robinson commented, "Our boys ran great, 16:16 average. The meet was very competitive with outstanding races in both the  Championship races for first place." Oak Mountain (TN) was 3rd as a team, with East Jackson the #2 GA Boys squad 10 points back with a 16:35 team average. 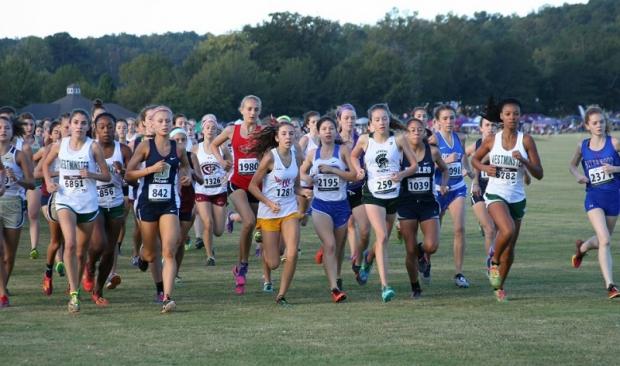 Top contenders sprinted out to the front of the pack of the Girls Championship start. 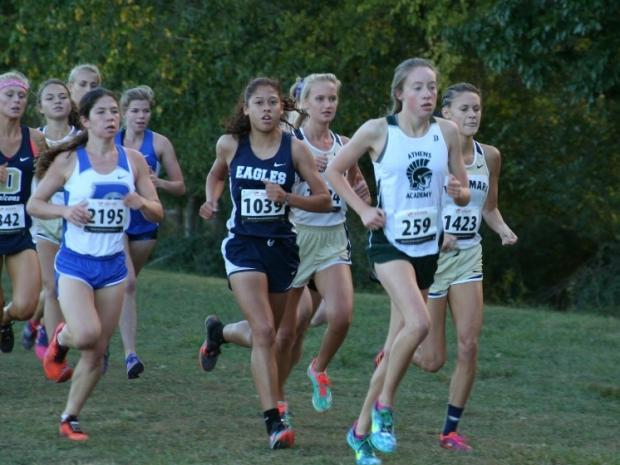 The girls race started out with an early lead pack with Anna Marian Block (Athens Academy), Nicole Fegans (Landmark Christian) Sophia West (Paideia) and Sue Ann Morales ( East Jackson). Block took the lead early as if on a mission and created a gap on the chasers for a while. The two mile mark, found Block and Fegans who'd built a lead on West and Morales. In the final stretch, Fegans (17:59) passed and pulled away from  Block (18:06), while Morales (18:18) held on to third place, holding off a fast closing Delaney Graham from Westminster who finished fourth overall (18:19) and West from Paideia (18:24) 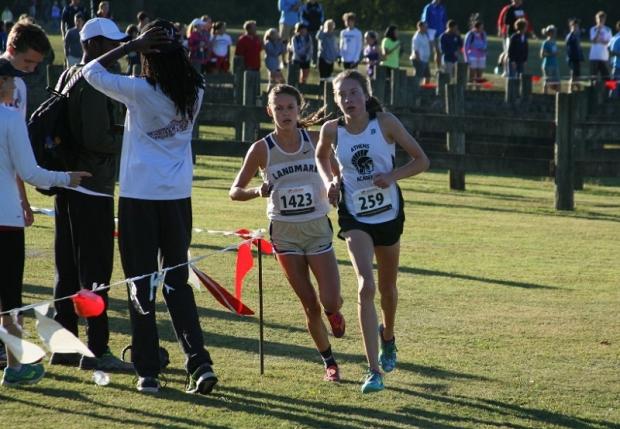 Anna Marian Block leads Nicole Fegans around a curve. Fegans looks to be considering a move...

Landmark Christian's girls were on their game as a team, scoring 61 points with their top 4 in the 1st 15 team finishers. Fegans won the Overall race in 17:59, Sarah Foreman placed 12th in 18:50, Erin Fegans was 15th at 18:55 and Mary Kellison Thorne placed 19th at 19:01. This could move Landmark up a spot or 2 All Classes. In a terrific race for runnerup team honors, Woodland came out 2nd on a 6th runner tiebreaker over AAA Westminster. Leading Woodland was frosh Carli Clymer who finished 13th in 18:51. 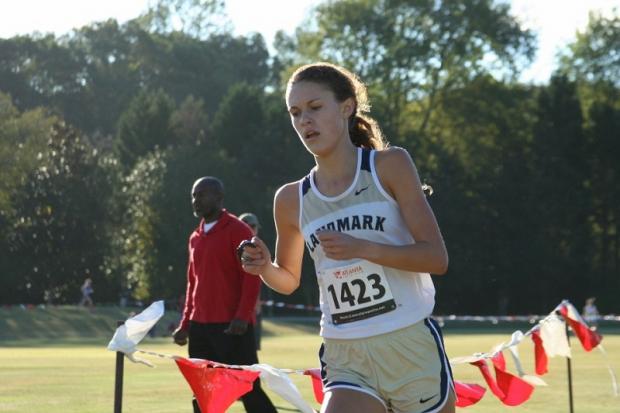 Nicole Fegans ran a strategic race which paid off with an Individual title. 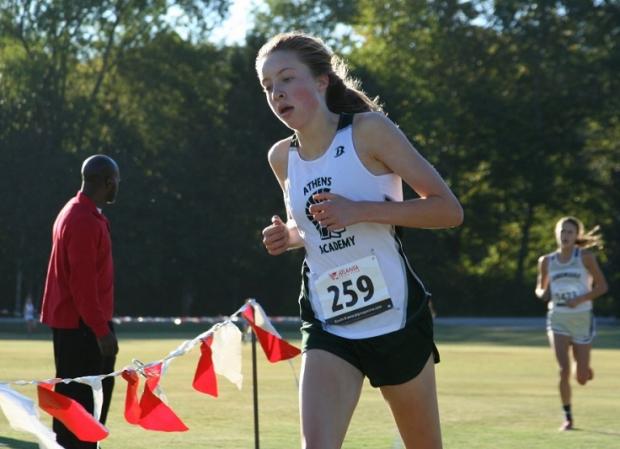 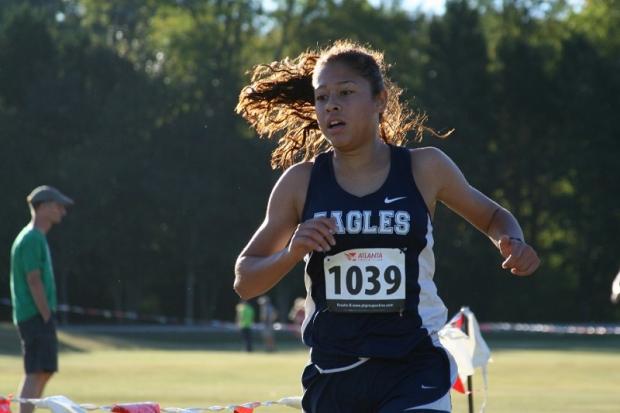 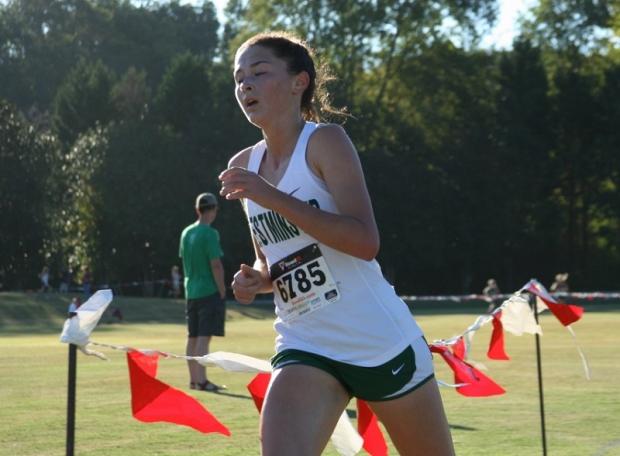 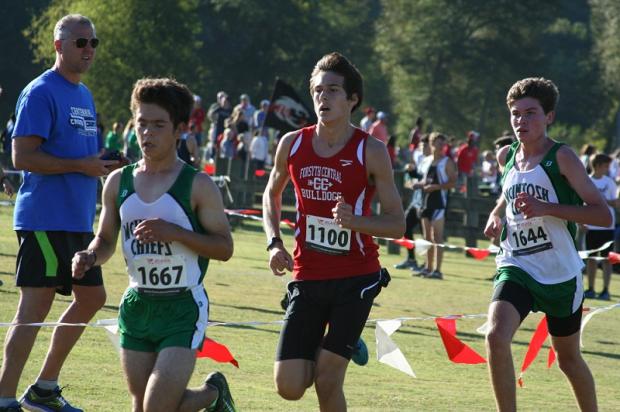 Vladimir Zander-Velloso, Calen Gizelbach and Zach Yaeger battled for the Individual title in the 5A-7A race 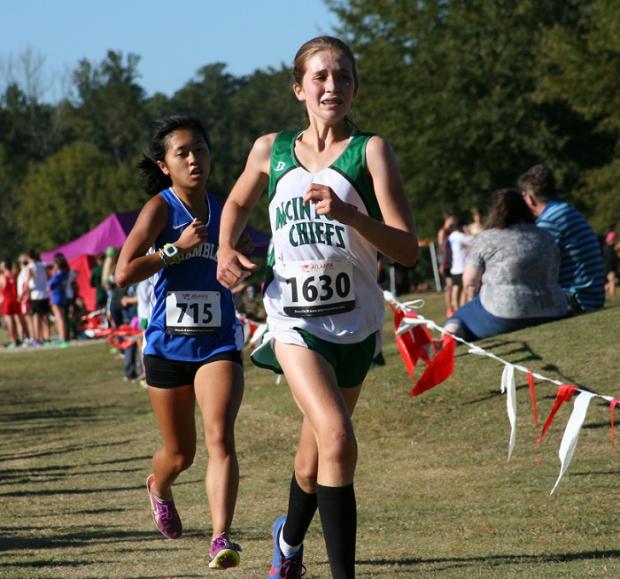 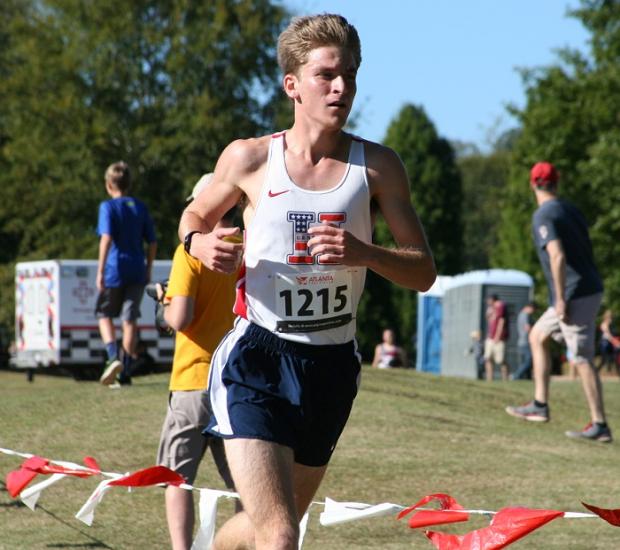 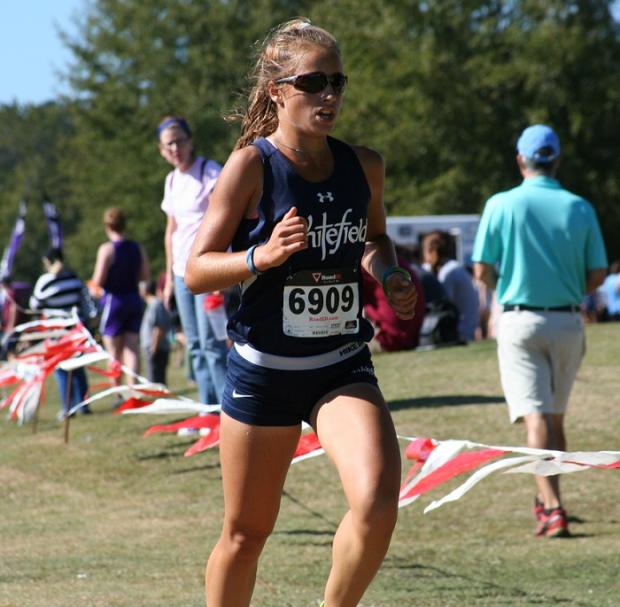 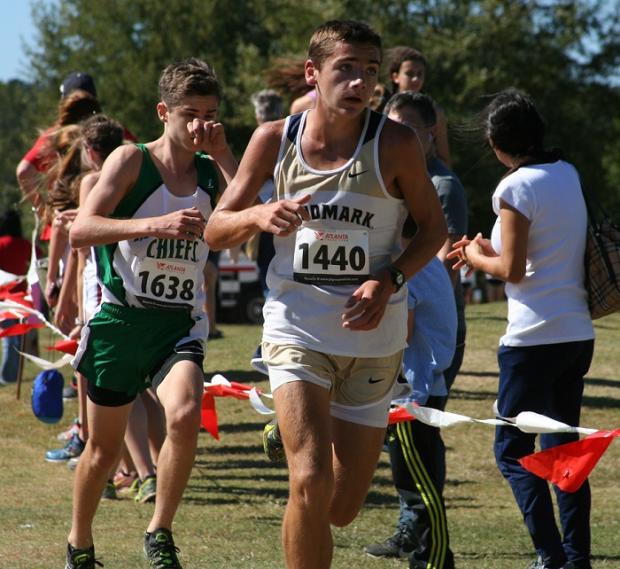 The JV Boys race was a duel between 8th graders Zack Truitt (r) and Alex DeBoy from McIntosh. Truitt hung on for a :02 win over DeBoy at 17:25 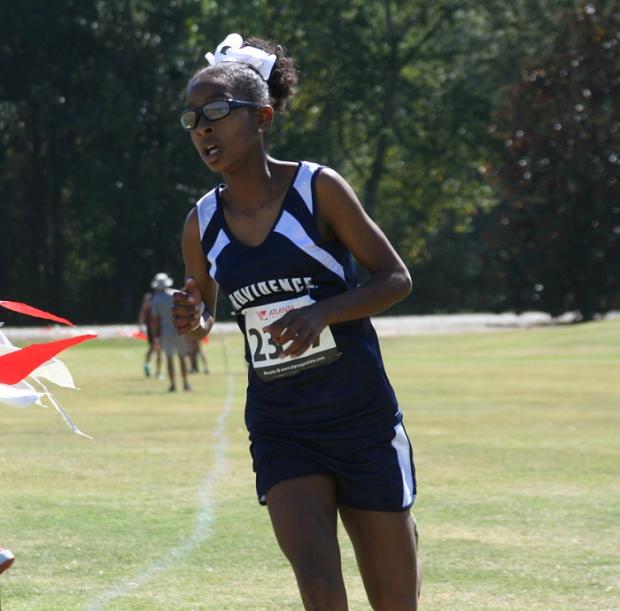 In a JV Girls race dominated by 8th graders, Jennifer Woollery of Providence Christian took a :20 win clocking a nice 21:08