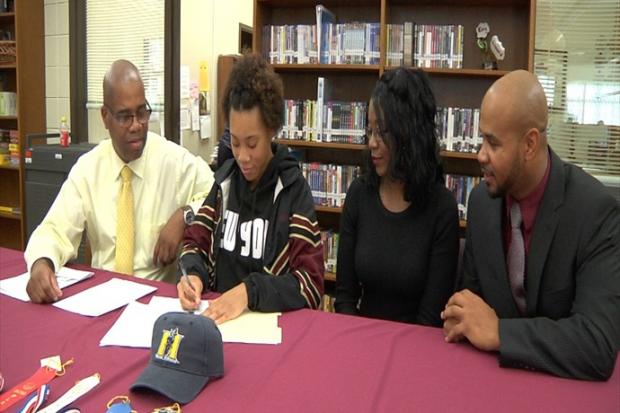 I had to do a serious doubletake when I saw Westside Macon come out on top in my virtual meet. Then discovered they competed in AAAA at the 2014 Girls State meet, not sure how they jumped down to AAA in the current alignment period thru 2015? But, after placing 9th in 4A, they have shot up to #1 in AAA (which isn't as strong)

Westside is powered by Tamdra Lawrence ranked tops in the 100/200 out of Sectional, Mya Ford in the 400/800 and their swift relay squads. Its going to crucial for Daisha Terry, Ivcis Hammock and Zoe Jordan need to do well for the Seminoles in their events for the Nole'sto win the title. 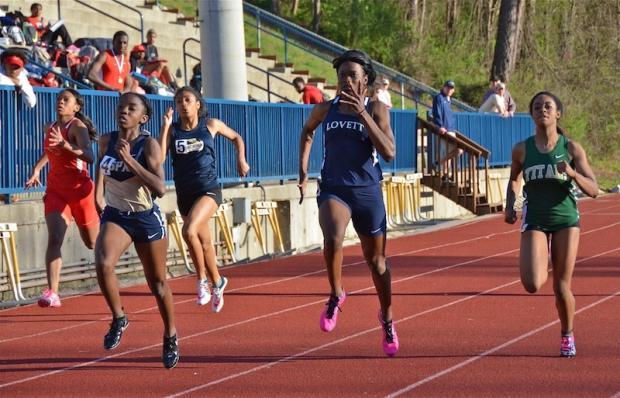 On the far right is Zion Lewis of Blessed Trinity

This is familiar territory for Blessed Trinity being in contention for another State team title. Big guns for the Titans are triple threat Zion Lewis in the 100/200/ TJ, Mary Claire Solomon in the 1600/3200 and Elizabeth Tenoschock in the HJ. What may trip Blessed Trinity up late is Westside's relay strength.

Maynard Jackson is the 3rd serious player in contention for a team title. What is very interesting is: What happened to their relay squads at Sectionals after placing 1st and 2nd at Region...? Cortney Jones leads the way in the Hurdles and HJ, Gabrielle Netter is tough in the 100/200, Camilla Sims should score well in both throws. 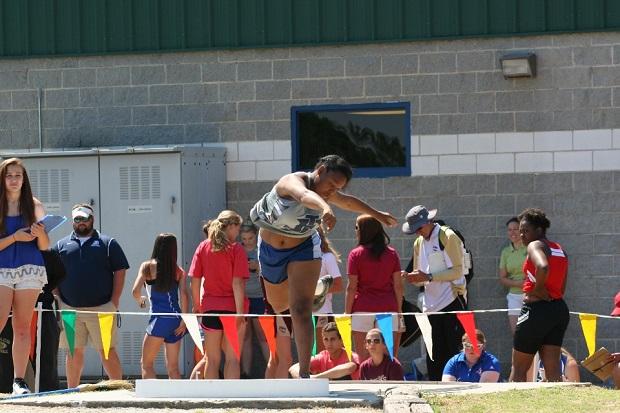 Jhalexious Chandler of East Jackson HS is a beast in Throws

Its very wide open for the elusive 4th place Podium Spot with East Jackson: led by Jhalexious Chandler who is a contender to win both Throws events and frosh Sue Anne Moralis in the 800/1600. Westminster qualified several athletes with opps to score including Carson Simon in the 800/1600 and Claire Cotton in the PV. central and Decatur are on the outside looking in.. 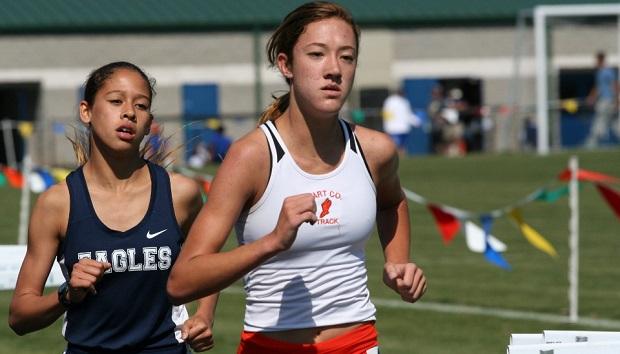