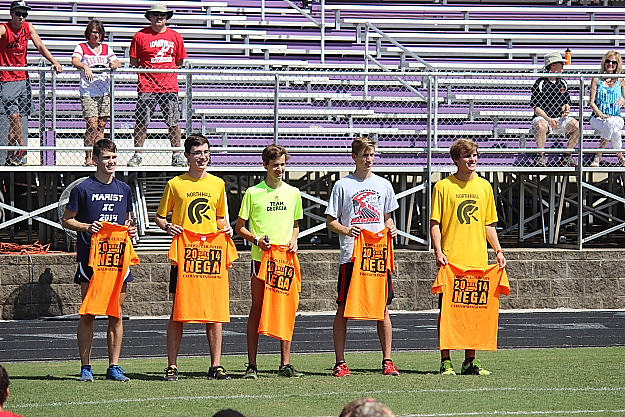 Those bleachers usually aren't that desolate at the NEGA Awards ceremonies, but it was another indicator of how hot it was with the heat index nearing 100..(Miserable conditions for the MS races) In a titanic battle of top 4A squads and 6A South Forsyth the 'Freight Train of Pain' dispatched all comers led by All-Staters Quintin Miles (2nd-16:15) and Bryce Schuebert (9th-16:56) The top ranked Trojans placed 5 runners in the top 21 amassing 60 points for a 35 point margin of victory over North Oconee.  The Titans from Bogart ran well though dispatching 3rd place 6A S. Forsyth who nipped Marist by 1 point thru virtue of a tighter pack.  North Hall boys ran tough for the victory and North Oconee is for real with a great performance. 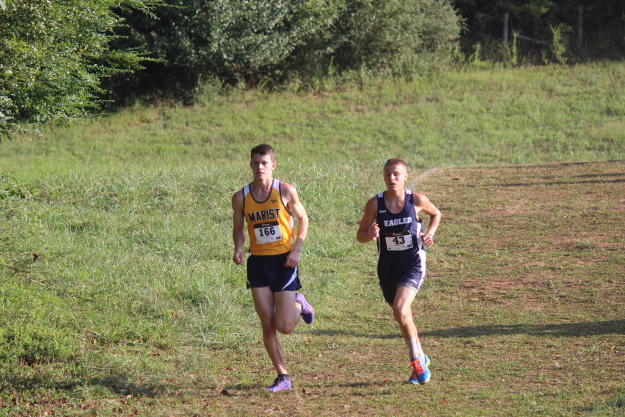 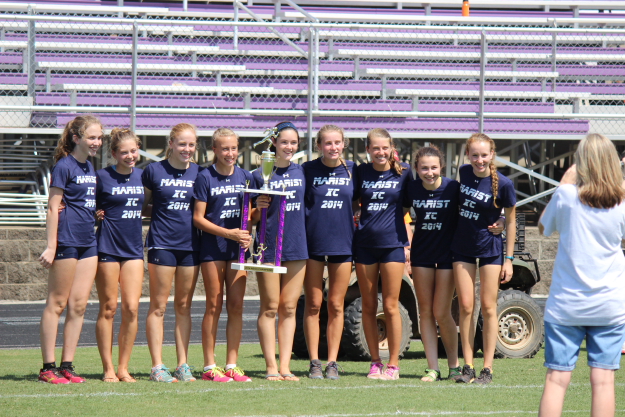 It was business as usual for the War Eagles taking more hardware back to their campus, but it wasn't a cakewalk as Coach Heintze decided to give his top 4 the day off.  And Surprise, Surprise, Surprise....a new freshman, Josie Wirtz actually led the way to the team title placing 5th in 19:48. 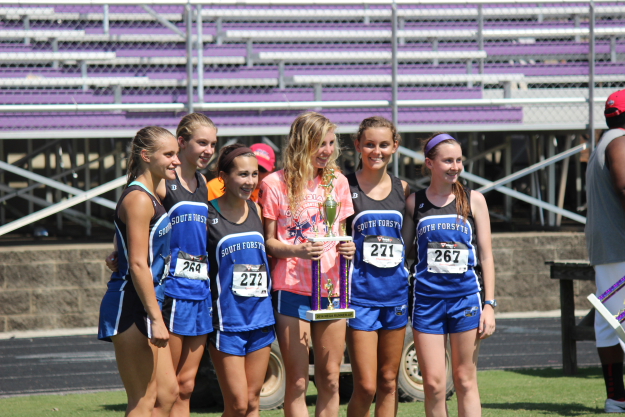 South Forsyth's Girls had a good race placing 2nd just 4 points back w/ 73 points led once again by jr Savannah Carnahan who took advantage of Morgan Ilse not running and won the overall title posting a 19:00. Another freshman has emerged as her teamate Kaylee Dupont seized 2nd place in a solid 19:18.  A pair of Gwinnett invaders completed the top 4 with Mill Creek 3rd and North Gwinnett 4th. Shannon Fair from Aquinas took 3rd place in 19:25, and Mill Creek's Hannah Petit placed 4th in 19:44. Audrey Honiotes of Hart County took 6th in 19:50. 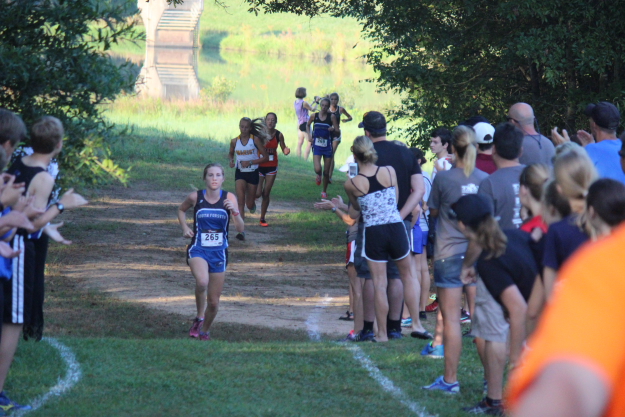 Savannah Carnahan maintains her gap from a pack of hungry harriers. 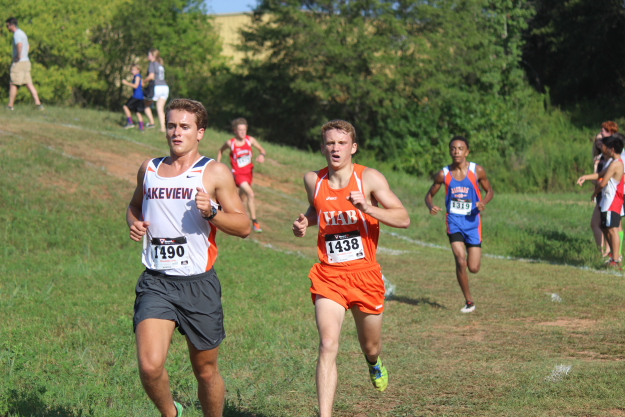 Lewis Brooks (above) from Lakeview Academy reigned in the Varsity Boys race taking 1st posting a 17:29 as the heat index began to climb...Jeryck Brooks of Cedar Shoals had a great race placing 2nd in 17:44 and soph Addison Cochran raced to 3rd in 18:06.  It came down to a 6th man tiebreaker for the VB team honors and South Forsyth's depth was the difference over a surprising Clarke Central squad.  Crosstown rival Cedar Shoals showed great improvement placing 3rd behind rival Clarke. 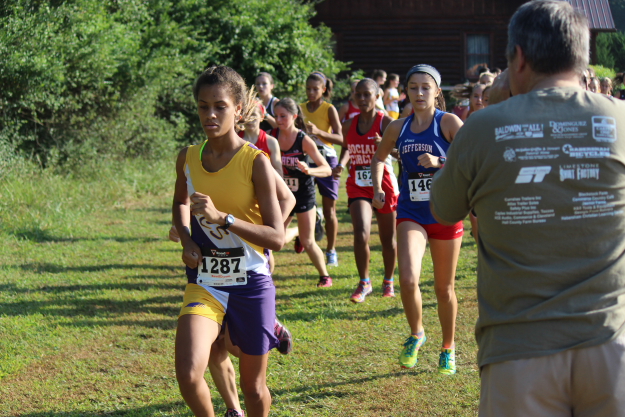 Athens Christian freshman Tanner Guest enjoyed her 1st GHSA competition by winning the VG overall title in 22:18 while leading the Golden Eagles to the team title as well. Teamate sr Elizabeth Gunther was key placing 3rd in 22:42.  Heather Beavers from Loganville led the Devils to a runnerup team finish behind her 2nd place performance of 22:41.  Abby Hathaway of Prince Avenue Christian was 4th overall in 22:45 while Marist came out 3rd in the team standings.