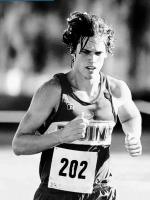 USF/Steinbrenner Virtual Meet: Ft. Myers Duo Looks For ...
A sixty-four team field will head to the campus of the University of South Florida for the 5th Annual USF/Steinbrenner Invitational. We will be on-site with thousands of photos and a complete recap of...

Busy Bee: Bayshore's Meester Kitterman Signs With SCAD...
Bayshore senior Canaan Meester-Kitterman capped off his final cross country season with a sixth place showing at the state meet. Recently, he announced he will head north to Savannah and run for Savan...

Top Ten Returners By Class: 2A Girls & Boys...
The 2014 track and field season is looming with several preseason meets this weekend and the start of the regular season right around the corner. Over the coming days we will take a look at the top te...

Track and Field Top 50: 1600 Meter Run...
Florida might be known for its speedsters, but take a look at the numbers on the distance side. Emily Edwards, the 3A Cross Country Finals Champion has the fastest time comine in at 4:53.91 with Daesh...

Timber Creek and North Port Emerge Victorious At Manaso...
No one could have hoped for a more beautiful race morning than the one delivered this Saturday for the Manasota Track Club Invitational. Near flood conditions earlier in the week had kept Coach Jason ...

Top XC Returners: 2A Boys Individuals...
The 2013 cross country season is right around the corner. We kick off our preseason coverage by ranking the top returners in each class. Bishop Kenny senior David Yarborough finished as the 2A runner-...