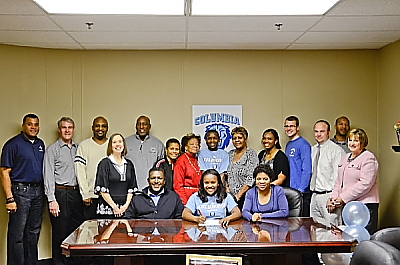 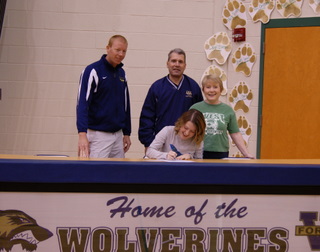 West Forsyth distance standout Taylor Roeck has signed a National Letter of Intent with Georgia College in Milledgeville, GA.  School record holder in four events including an all-time PR of 18:42 for 5K cross country.  She has lead two different teams to state appearances in cross country and one team to a fourth place finish her freshman year.  In addition, she appeared in two state track and field meets, one of which the team placed tenth in the state!  She is one of only two female athletes in school history to letter and qualify in her sports state meet all four years! 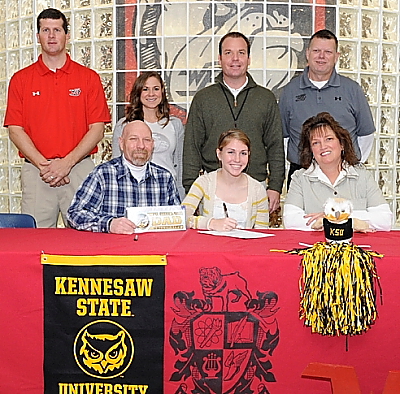 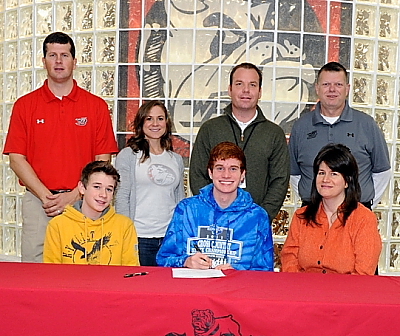 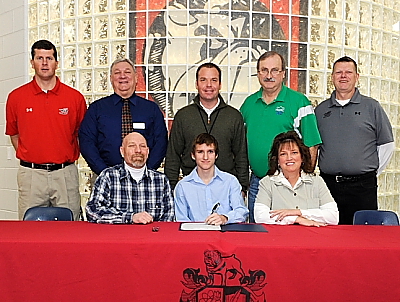 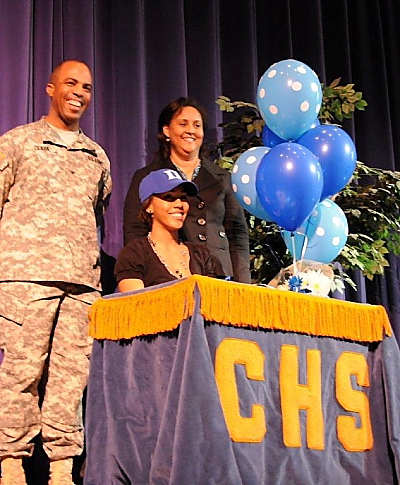 Yes, that's Megan Clark, a recent transfer to Columbus HS. Megan is new to Georgia (from New York) this year.  Her pole vault PR is 13-0 and her 100 meter hurdle PR is 14.89.  So far this year, in indoor competition, she has vaulted 12-4 (at the Reno, NV Pole Vault Summit) and 12-0 at the Last Chance Invitational in Birmingham where she also ran a 9.44 in the 60 meter hurdles.  Her parents (Ron and Simona) are in the picture taken during a ceremony at Columbus High School.

Torie Owers of Athens Academy Heads out west to Cal-Berkeley 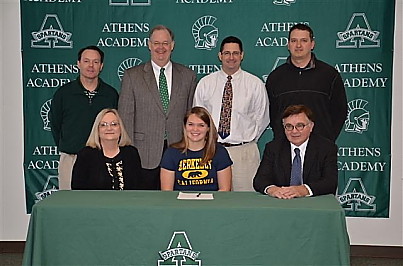 Torie Owers of Athens Acadmey has decided to continue her career at California-Berkeley. Owers is one of the best Throwers of all-time in Georgia HS history as she ranks #2(#1 in GHSA) in the Shot at 49-6.25 and #2 in the Discus with a toss of 154-8. She does have a personal best in the Shot at 50-2 and has expanded her craft working with Throw1deep in the Hammer Throw (154-0.75) and Weight Throw (52-9.75) With marks like these she is the favorite to repeat in both the Discus and Shot as state champion. Seated L to R: Dr Alison Alexander (mom), Torie, Dr James Owers
Standing: Kevin Petroski (AD), Richard Patterson (Throws Coach), Tom Pee (Head Coach), Bryan Pulliam (Strength and Conditioning Coach) 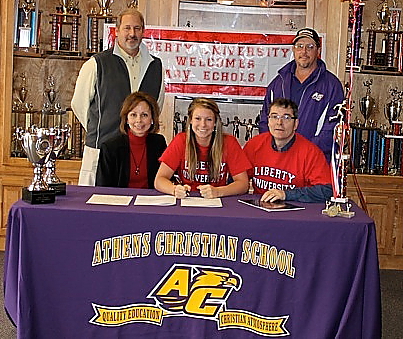 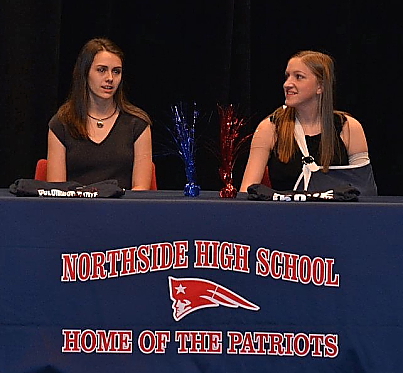 Katie Howard (left) and Kayla Parsons (right) have chosen to run near home signing with Columbus State University. Both runners have been All Bi-City First team multiple years in the Columbus, GA area.  Both have been Region medalists 3 times in class 3A or class 4A.  Howard holds the Northside school record at 5K and Parsons holds the Northside school records at 1600M and 3200M.

Danielle Jarnigan of Brookwood heads down I-75 South to VSU 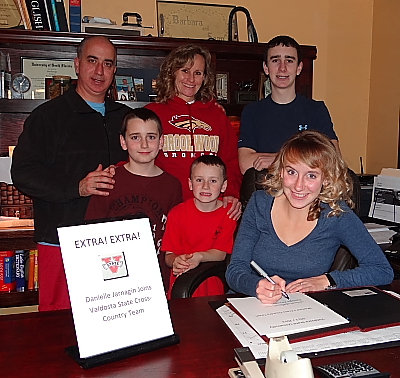 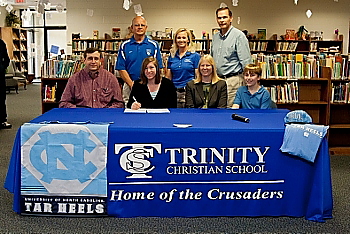 Trinity Christian's Sarah Howard will continue her throwing career at the University of North Carolina at Chapel Hill. She is the three time AAA GISA state champion and the record holder in the shot put and discus. She is also on the Georgia All-Time list in both events. 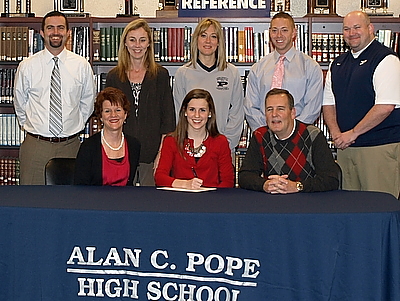 Destiny Jenkins signed National Letter of Intent, Feb. 1, 2012 with Kennesaw State University. Destiny will be running XC and Track as a Freshman next school term at KSU. She will major in Biology and minor in Spanish. She and her brother are excited to be running together on the same team! 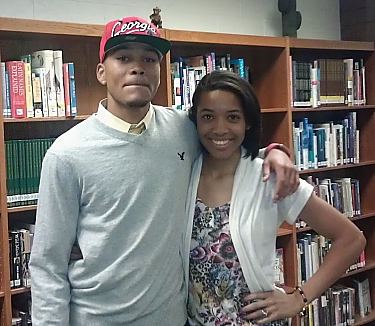 Devon Williams of Kell HS has committed to UGA.  Devon is a nationally ranked 110 hurdler and decathlete.  Last year was the 110H State Runner up and finished 3rd in the 300H.  He finished second in the prestigious New Balance National Championship in the Decathlon, and won the Octathlon at the World Youth Trials.  He is pictured here being congratulated by his sister Kendell. 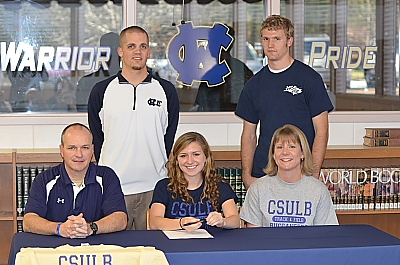 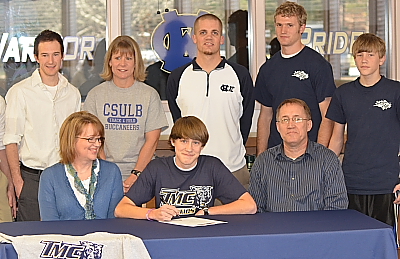