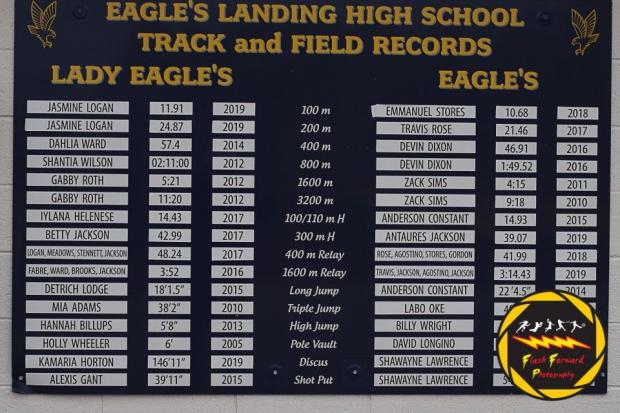 The Eagle's Landing FAT All-Comers welcomed back area athletes to compete on a brand new surface that had yet to be tested in competition for almost two years. Before the COVID-19 pandemic, the track and runways were removed and completely replaced. A new turf field was installed as well. The meet got off to a chilly, dreary beginning as the weather forecasters missed the mark completely (once again) But, after 1 pm things took a turn as it warmed up rather quickly making it a very comfortable day. 14 teams and nearly 550 athletes gathered together to stretch their limbs out with many competing for the first time this outdoor season. A total of nine MileSplit US Second Team standards were achieved with many more meeting the Georgia Elite standards. Meet Director, and former head coach Claude Spinks was once again instrumental in making sure the event was well run and moved smoothly along. 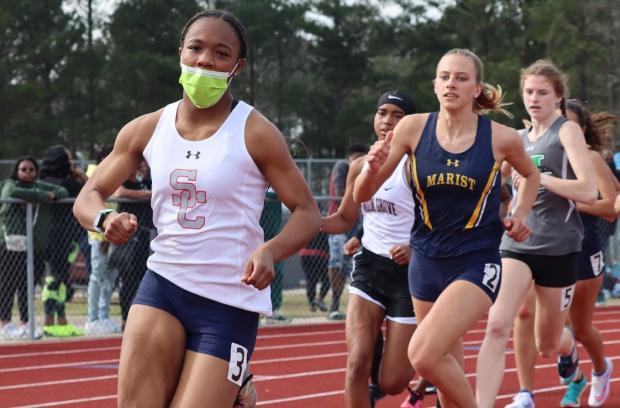 This is a wow, Sandy Creek athlete Isis Symone Grant running masked in the 800-meter run!

A lot of coaches in general look at 'All-Comers' meets as a means to an end to take a look at the talent they have to work with and for their student-athletes to get marks and times in their chosen disciplines to their personal Profiles. But, some coaches (like my father) want to win every meet, even if it's a dual/tri-meet. On that note, Marist's boys came out on top of the boy's standings scoring 91 points having a 16 point margin of victory over both speedy Dutchtown and East Coweta. Sandy Creek's gals showed they will be a force to be reckoned with in Class 3A as they bested a deep 4A squad in Marist by 7 points. Maynard Jackson also had a good showing posting 69 points. 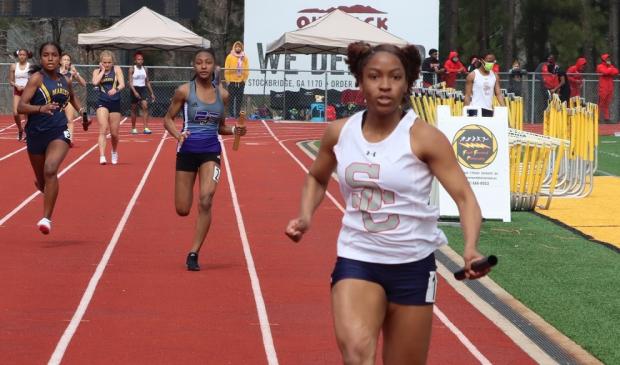 Frosh Bobbi Olive from Sandy Creek anchors the Pats' to the 4x100 win clocking a 48.58 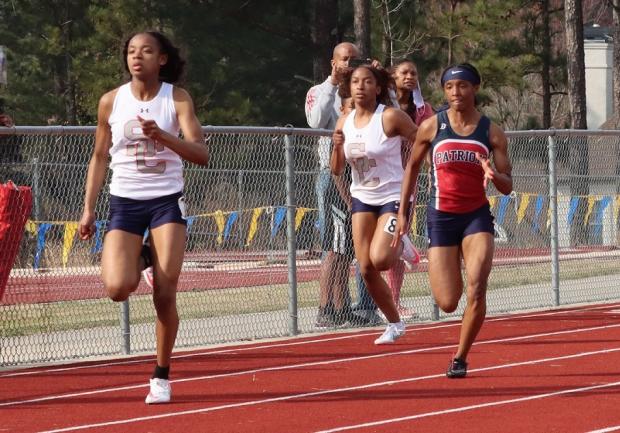 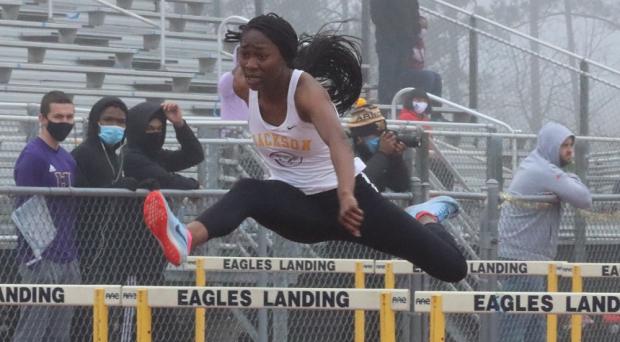 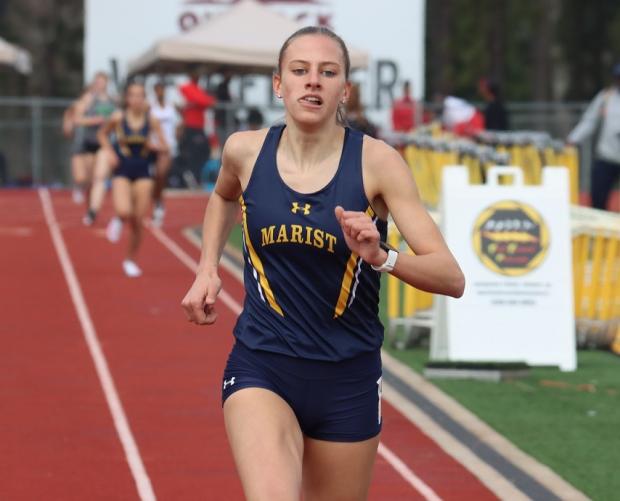 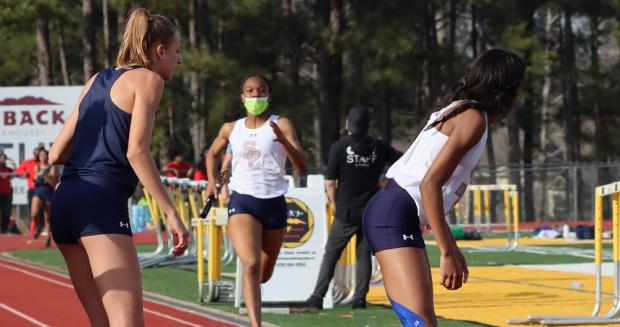 Sandy Creek clinched the team win whipping Marist in the 4x400 relay recording a time of 3:58 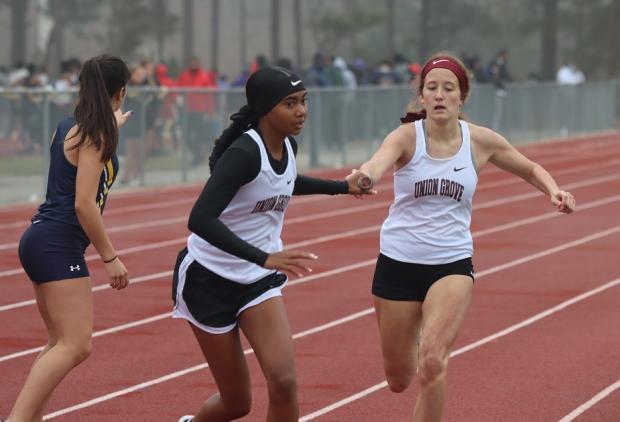 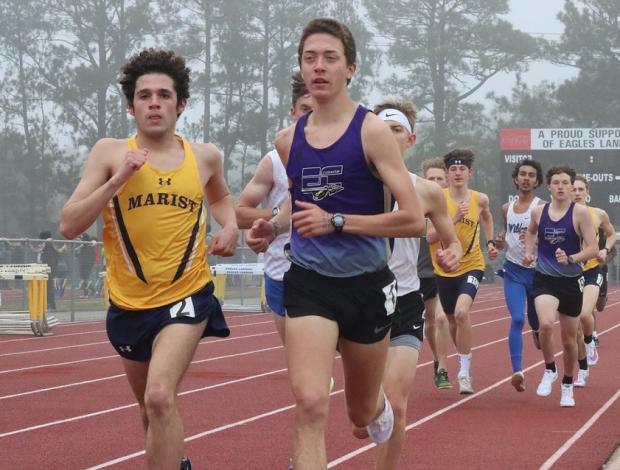 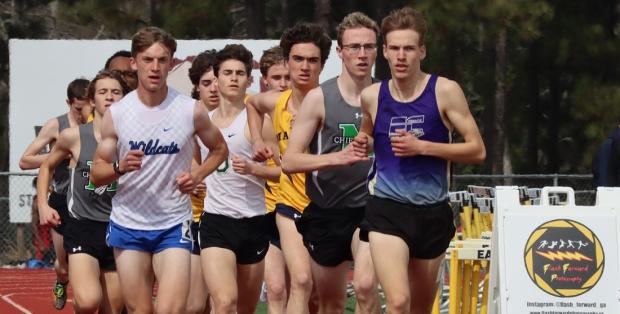 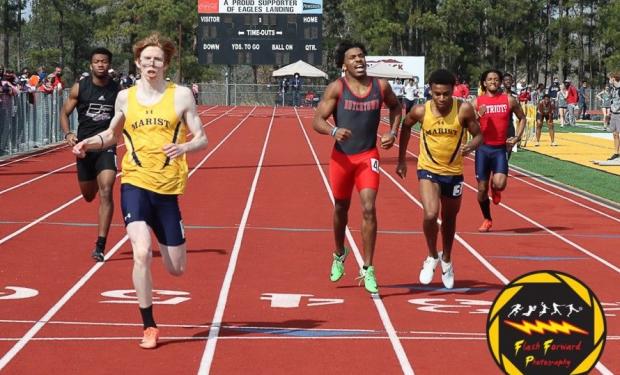 Terrific finish in the 400m dash as Patrick Faust of Marist takes the win clocking a 50.72 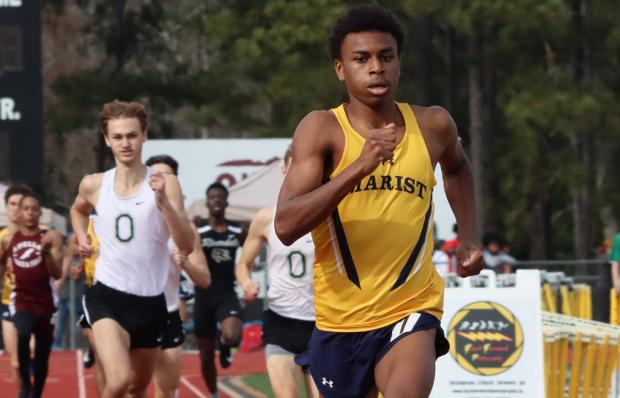 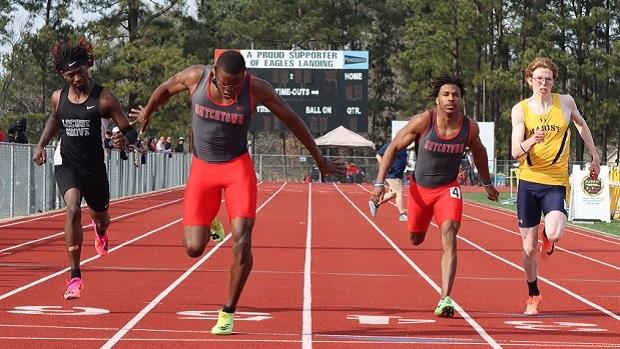 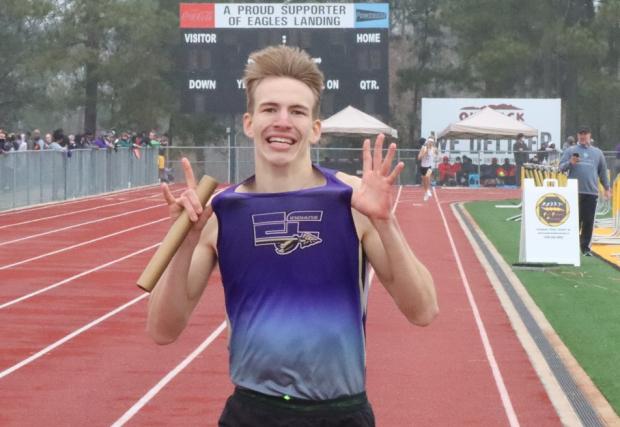