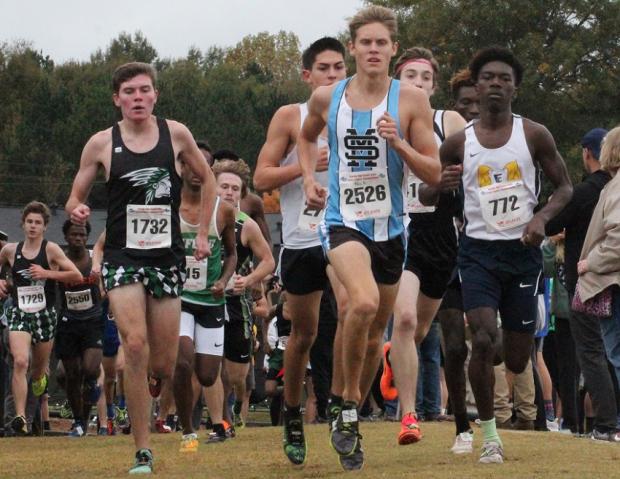 Starr's Mill saved their best for last, as the Panthers got some payback on region rival McIntosh, winning the 5A boys team title by 15 points. they bested the Chiefs' from the 2-5 positions making the difference, also having 3 harriers place in the top 6 didn't hurt. Nick Nyman once again led the hunt in 3rd at 16:52, 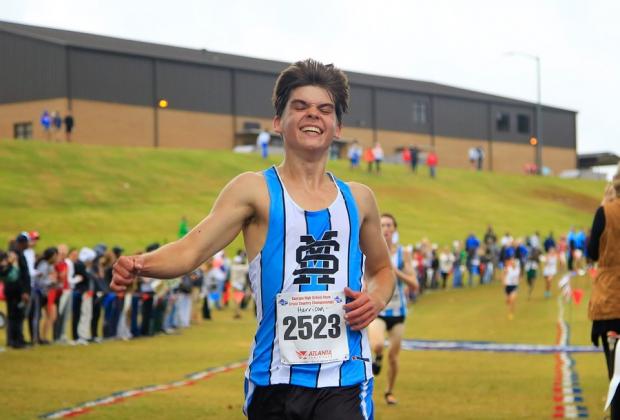 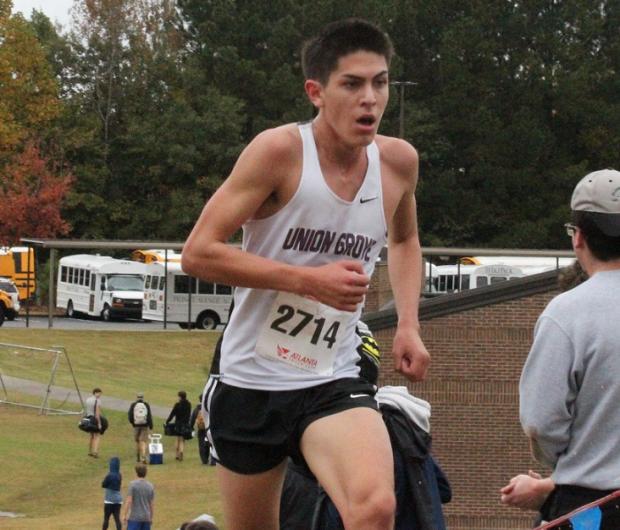 Domonic Macias
Domonic Macias from Union Grove came out of a hard fought battle for the Indivdual race as the Overall champ clocking a 16:35. 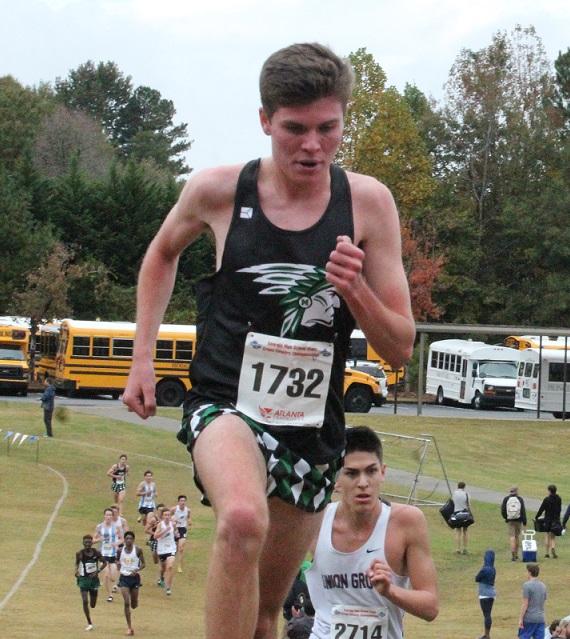 Zach Jaeger
Zach Jaeger of McIntosh put up a valiant fight for the title, coming up just short as runnerup, posting a 16:37. Rease Henry made the All-State squad as well placing 10th overall (17:18) helping them to 2nd on the Podium.
Decatur ran well enough up front to earn a 3rd place slot on the Podium. Leading the Bulldogs were All-Staters Eoin McNally in 7th at 17:10 with Christian Gonzalez a step back in 8th going 17:11. South Effingham proved they belong at the top of 5A racing to 4th as a team. Hans Ames was 18th and Trent Bailey 19th. 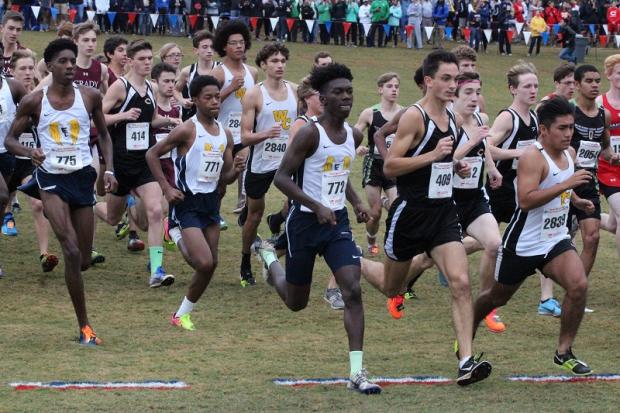