The team title race on Saturday has become much more interesting after the 5-AAA Region girls race was hotly contested as Lovett took the titleby 3 points 38-41 over Westminster with Pace 1 pt back in 3rd with 42. Will the 3 privates sweep the top 3 spots at state and can Jefferson, Dawson, or Calhoun's girls grab a podium spot?

What to factor in going into Saturday is Westminster did not run their #2, Katherine Vuckovic and assuming there will be more points at state for Turbes to pick up and few individuals (not from 5-AAA) place in the top 7-8 spots before the team packs start rolling in could swing things back in Westminster's favor.

Lovett did pull off an upset at region, and proved they can run upfront and challenge for a State team title, even beating Westminster on their home course! What remains to be seen is if they can bring that momentum and same energy to Carrollton.

Pace Academy had a great race as well at region and their program consistently has their girl's squads lurking within striking distance of pulling an upset at State. Finishing just a point behind Westminster should be a great motivator going into Saturday.

North Hall's 4th ranked girls, won 7-AAA in impressive fashion over 6th ranked Dawson County by 25 points in basically a 2 team race. The lady Trojans didn't run at Carrollton on 9/8, but have tussled with a super tough course at Milton in brutal heat

#6 Jefferson impressed as 8-AAA Region Champs with a team average of       . The lady Dragons have went head to head against North Hall twice and came up short both meets. It will take a special race for Jefferson to make the Podium.

#6 Dawson County had a pretty decent race at 7-AAA placing 2nd behind rival North Hall. And, they bested Jefferson at the fast Mountain Invite at Unicoi State Park. Their be hills to train on up in Dawsonville and Benson Double Dip ran well with a 22:55 avg in the heat.
AAA Girls Individual Race 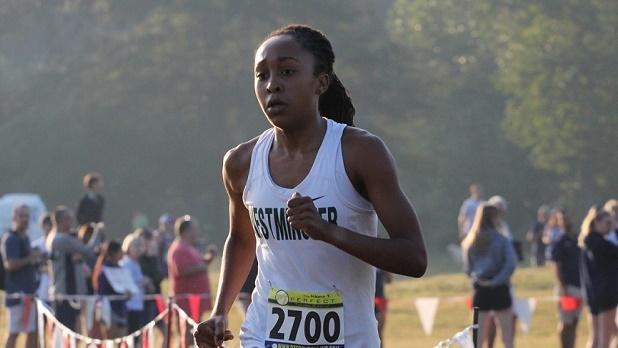 Individually, this is the Naima Turbes show, where she will be racing the clock for a possible All Class best time.  By 11:45 AM on Saturday, she will already know the times to beat after 7A, 6A, and A Private results post. (photo by Daniel McCauley) 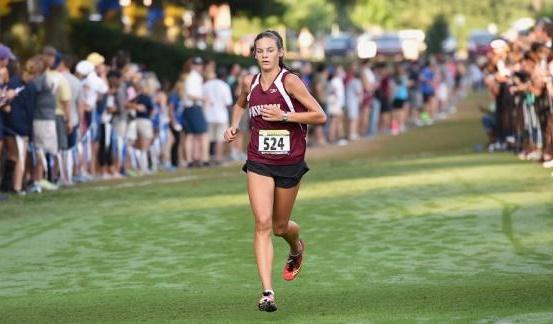 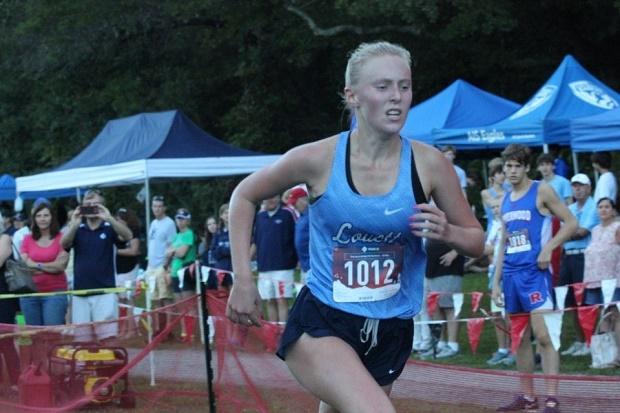 Haley Hooper of Lovett will be racing for 2nd and 3rd and lurking to see if Turbes shows any signs of weakness.
Westminster's Katherine Vuckovic and Cooper, Pace's Sandoval and Payne, Lovett's Lanberson and King, North Hall's Oliver and Wagner, Wainer of Cherokee Bluff, and Schroeder of Jefferson all seem primed for a crack at a top 10 individual podium spot.
Tweets by GAMilesplit