Can anyone take down Westminster at State?  And which of those teams will not make the podium, as there are only 4 trophies there for the taking.

Westminster made a statement at 5AAA, winning in dominant fashion, 17-50 over rival Lovett.  The Cats' have a couple of front runers as well and will be the team to beat in Carrollton. Their Boys programs have won 24 State titles dating back to 1987. Coach Tribble's troops should be adding a 25th Saturday

Lovett ran extremely well this season thru September and appeared to have a shot at knocking Westminster off at State. That illusion may have been shattered at region, as the Cats beat them by 33 points in virtually a 3 team race. The Lions' bested Pace Academy by 6 points at region and a tight knit 2-5 is a bonus.

Pace Academy looks strong enough after their region performance to possibly make Lovett sweat for 2nd as a team if a few of their guys (1-5) can best their repective counterparts at Carrollton..

Its been a long time since the 2006 'Freight Train of Pain' squad derailed Westminster.. But, North Hall has the potential, with their 1-2 punch of Devan Crow and Andrew Jones up front, to possibly slide into 3rd and maybe push Lovett for 2nd if their 3-5 can have a great race.

Dawson County showed that they are peaking at the right time, by running man to man with North Hall's pack at 7-AAA with a tight team battle of 29-32 and are a big time Podium threat if their 2-5 runs well.
Jefferson HS  and Savannah Arts boys are also podium contenders here, making this the deepest that 3A has been in many years. Again, how will the lowlanders of Savannah Arts deal with the hills/Separation Slope at Carrollton? Advantage goes to Jefferson HS with wiley Coach Brady Sigler  (don't count out the Dragons for a Podium slot, as they have a low stick in Riley Thornton.
AAA Boys Individual: 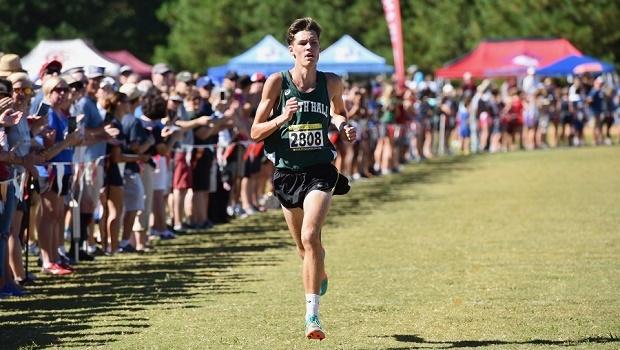 Devan Crow is the defending champion here and has had a stellar Senior campain, boasting times of 15:08, 15:25, 15:30, 15:46, and 15:49.  He should be in contention for an All Class best time, but first will have to fight off some great individual competition in 3A.  (photo by Daniel McCauley) 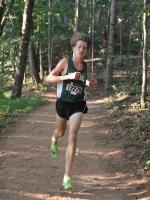 Andrew Jones of North Hall is soph who is coming into his own, and will be a major factor in 3A for years to come. 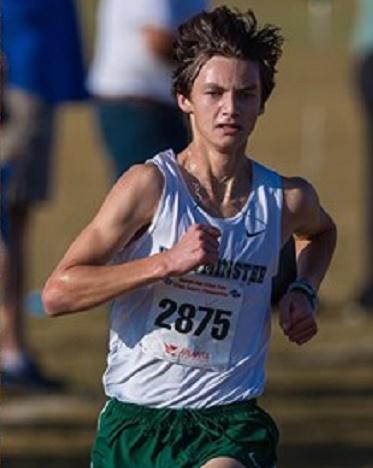 Westminster's Will Wallace is an established commodity, and has been running well since an early season setback. 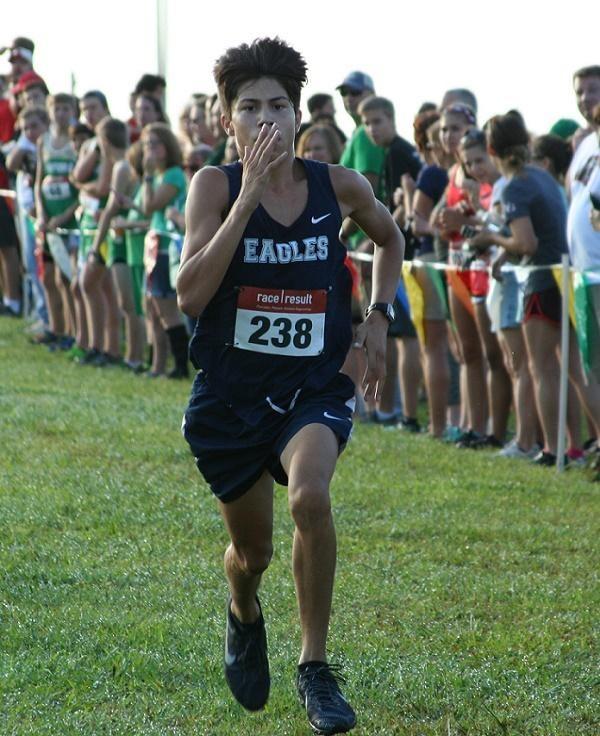 Shane Shelafoe of East Jackson is the last of a powerful East Jackson squad, that competed and won a title and may have something to prove.

Riley Thornton of Jefferson is very solid and at Carrollton could do something special.
Other Runners to Watch: Jackson Borden of Lovett, Jesse Martinez of Murray, and Ben McGinnis of Dawson have all been around the 16 minute mark or below this season. This is a very talented group individually and the top 10 individual podium will be difficult to ascend.
Tweets by GAMilesplit