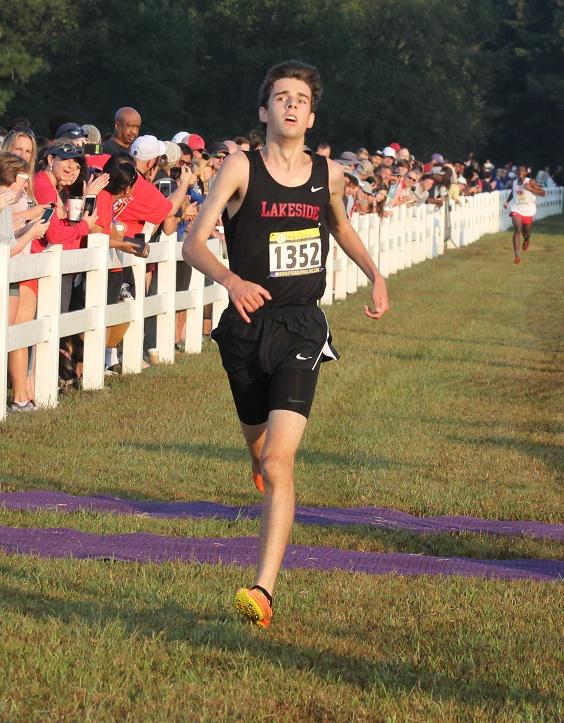 Mark White from Lakeside Evans, turned in 15:57 performance leading the Panthers hunt for the team win. Also in the top 10 for Lakeside were: John Isaac Autry 4th (16:27), super frosh Sam Rich 6th (16:48) and Luke Crabtree 9th (17:18) There was a 7 point spread separating- 3, 7A squads in the team standings, as Archer came out ahead in 2nd, led by Myles Collins' overall runnerup finish of 16:08. Newnan (a ranked team not too long ago) took 3rd without a single runner in the top 14 positions, but had a strong 1-5 spread at :17..  Lakeside-DK was 4 points back with Jr Mikias Mekonen racing to 3rd overall at 16:19. Jonathan Greene had a strong race for Evans HS placing 5th in 16:43. 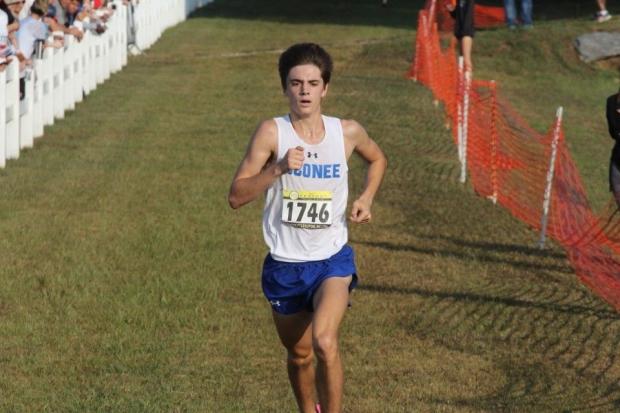 Wesley John from Oconee County was the Small school overall Champ going 17:00, but... 3A Pace Academy raced to the team title making them an instant Podium contender at State. Pace may have a 3 headed monster in the making.. as a trio of newly annointed Frosh Knights led the way, including: Edward Blaha in 3rd (17:23), Robert Mallis 5th (17:31) and George Blaha 6th (17:39) GISA school Augusta Prep made some waves as the Cavs' placed 3rd in the team standings making them a favorite to win a 3A GISA title. Jr Jack Collier led the charge taking 7th overall at 17:48. Andres Sanchez from Sandy Creek had a nice race taking runnerup honors at 17:21 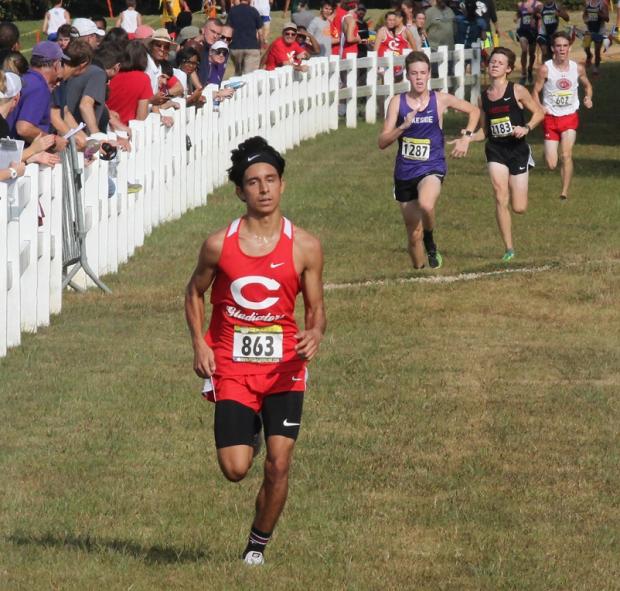 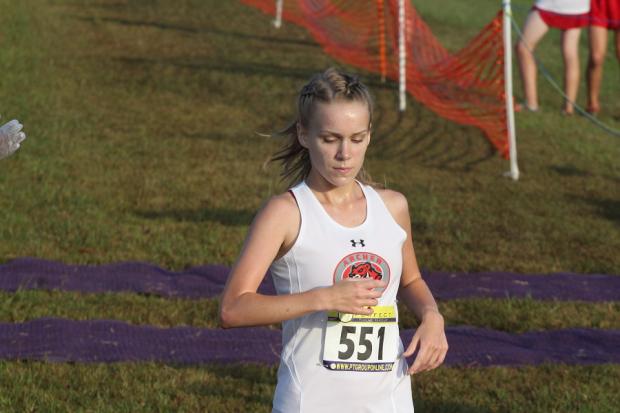 Sarah McCartney led the Lady Tigers of Archer to a narrow 1 point team win over Lakeside-DeKalb, as she claimed the overall honors, winning impressively by :20, clocking a 19:46. Kelly Connerley added a 7th place effort and Grace Carpenter placed 10th. Lakeside-DeKalb made it interesting, with Sr Emma Hanson taking 3rd overall at 20:18 and frosh Abigail McHoul finishing 6th in 20:33. A trio of 5A squads duked it out for 3rd, with Grady overtaking Clarke Central by 2 points and Heritage-Conyers 9 points behind the Lady Glads'. Frosh Simone Rojas from Evans had a strong race claiming overall runnerup going 20:04. 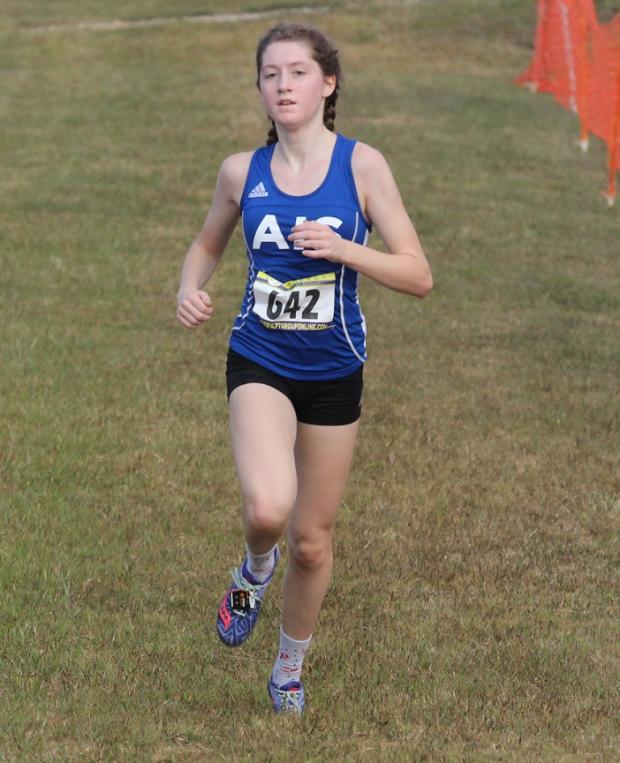 Reagan Mahoney of Atlanta International continued to establish herself as a contender for the A Private Individual crown in November, as she had the fastest girls time of the meet at 19:35. Team mate Cara Joyce was runnerup clocking a 20:20. Oconee County won the team battle as their top 7 all finished in the first 15 spots. Frosh Sydney Matthews led the Warrior's charge placing 3rd at 20:23 and soph Phoebe Brodrick was 5th in 20:49. Pace Academy was 9 points back in 3rd led by Paula Sandoval's 4th place finish of 20:38. Druid Hills had a strong showing placing 3rd as a team. 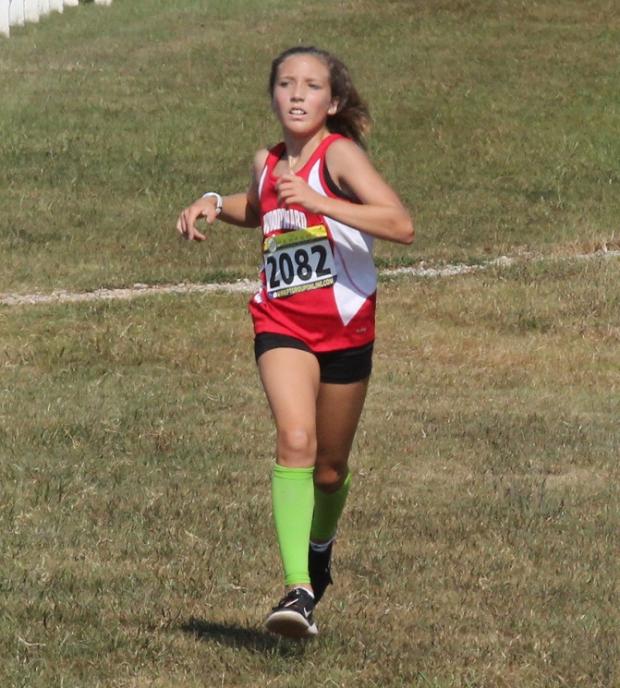