Much like meets of the past, the AA Boys state contest has the makings of a very low scoring up top, but a close hard fought affair. All classes going to Albany need be prepared to handle temps projected to be up to 96 degrees all 3 days (especially the North ga teams) as these will be the hottest days of 2018 thus far. 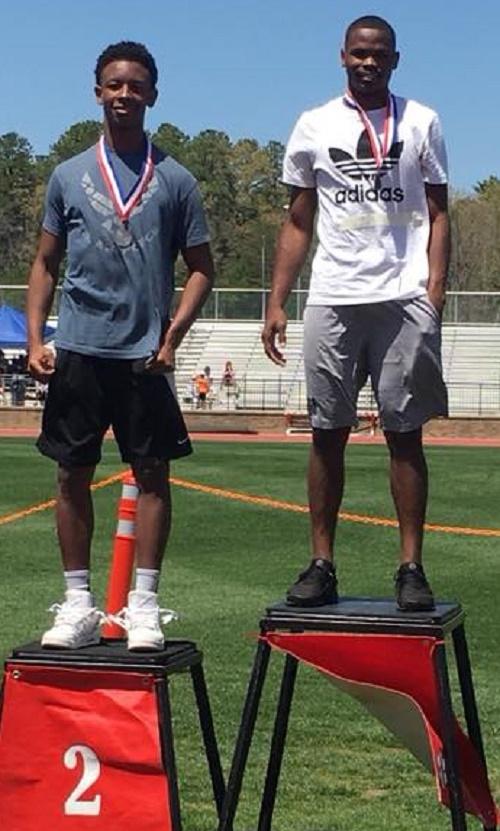 Metrius Fleming and Que Ramsey
Elbert County hasn't tasted a title since 2011, but on paper after the Sectionals, are the favorites coming in. Like Gordon Lee (A Pub) Elbert is making a long tiring trek (4 hrs) down to Albany, deal with HOT, bright sunshine reflecting off the field turf, no team tents in the stands, etc. The Blue Devils are strong in the horizontal jumps, behind Metrius Lee (LJ) and Que Ramsey (LJ and TJ), traditionally, have been tough in the relays, and Lee is also a threat in the 110 hurdles. It will be key for them to pick up a few points in the 200 and throws. 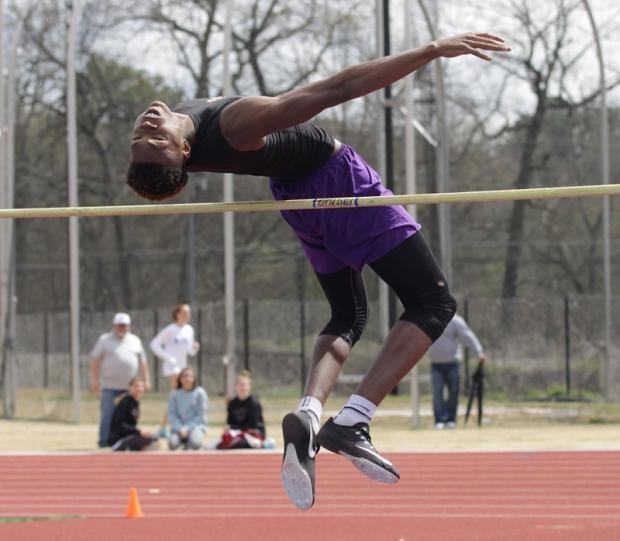 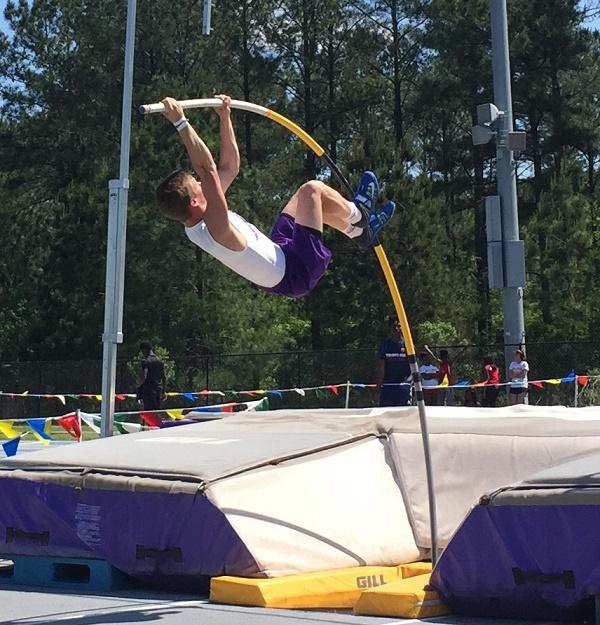 Porter Arnold of Bleckley County
Porter Arnold has the top vault in AA this season at 14-3. Garrett Rogers could rack up big points in the 1600/3200. The Royals need to do well in the relays and any scoring chances they may have. 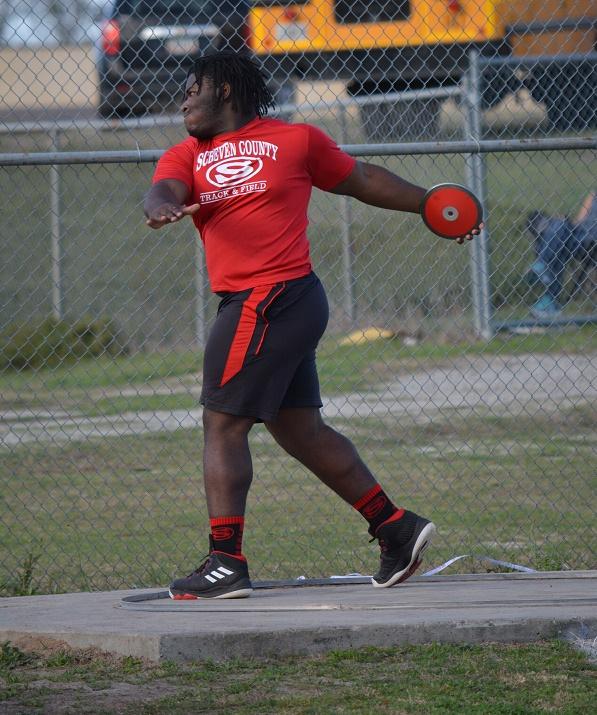 CJ Wright of Screven County
Screven County needs to capitalize off their 2 big guns to make the Podium. Chance Whitman will have an opportunity to double in the 100/200, and thrower CJ Wright is the man to watch in the Discus and Shot. 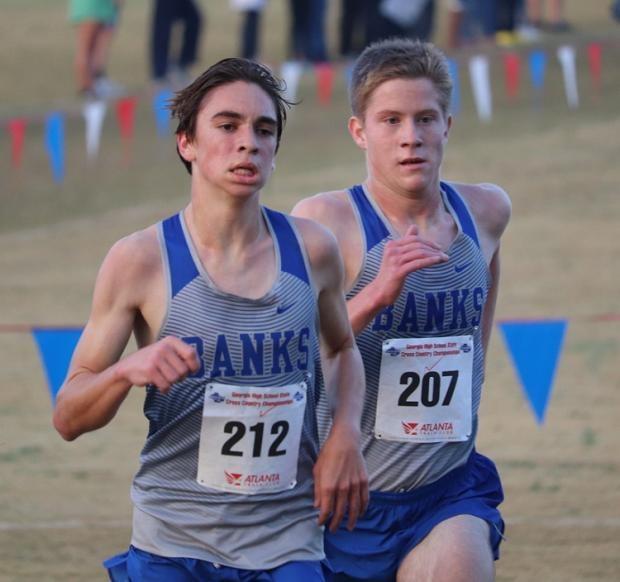 Griffin Stephens and Jimmy Cochran of Banks
Banks County will need to deal with the heat (especially their distance runners) with Hunter Cochran and Griffin Stephens in the 3200, and Jimmy Cochran in the 1600.  Sean Hall and A.J. Robinson could score 10+ points in the Vault and Jackson Ramey has a pr of 145-7 (#2) in the Discus.
Other schools challenging for Podium spots will be Fitzgerald who can well in several events, Rabun County, who is led by distance runner Guy Gober and Benedictine Military, the Cadets are led by sprinter Dennis Bailey (100/200) and their #1 4x100 squad at 41.67.
GIRLS
The Girls' side of things may produce a few more points on the top end, but should be a very closely contested meet, where a miscue such as a false start, other DQ could factor into the team outcome. Expect heat and the confines of Hugh Mills stadium to play a part as well. 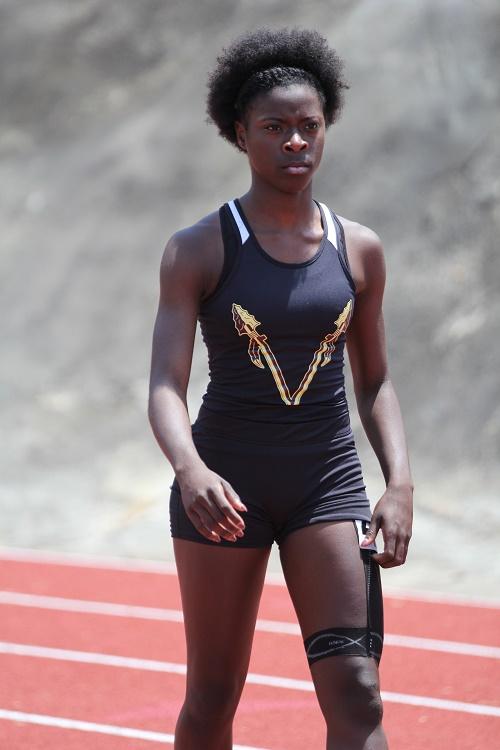 Courtney Madison of Vidalia
If one has perused the Virtual meet on MileSplit GA, this one may very well come down to the final meters of the 4x400 relay.. between Vidalia and Washington County.  Vidalia has a triple threat athlete in Courtney Madison in both hurdles events and the Long Jump, and its very probable she will win 3 Golds in those disciplines. Vidalia's relays are solid, its going to be key someone aside from Madison, picks up points in the throws and jumps.
I've seen WACO run twice this 2018 season. Their strengths are in the speed events: sprints, hurdles, relays and jumps. Mecca Jackson is the top 400m runner in the class and was #2 in Sectionals in the 200m. Nijeria Jordan can pick double digit points in the 100/300 hurdles and Shatrice Dixon is a threat to score well in the horizontals. WACO peaked in the relays at Sectionals, and if they bring it at Albany.. 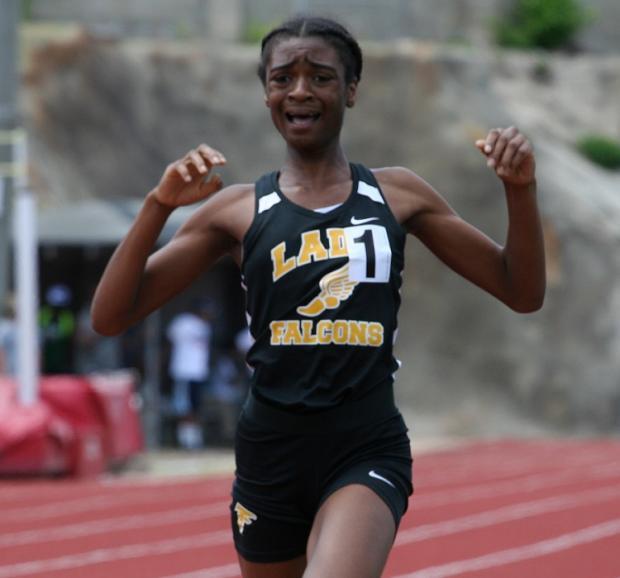 Kennedee Williams of East Laurens
East Laurens actually won the 3-AA meet beating both WACO and Bleckley County and have 3 #1 times/marks in the class. Their forte is the relays, jumps and 800 meters. Ja'Mya Canady is the top Triple Jumper in AA, Kennedee Williams is the top 800m runner and potentially do better in the 1600. Their 4x100 squad has a 49.01 and 4th best 4x400 time.
Also in the mix to make the team podium are Jeff Davis, Bleckley County, Elbert County and St. Vincent's Academy who has speed. Jeff Davis lost their star Morgan Carelock to graduation, but can score points across the board 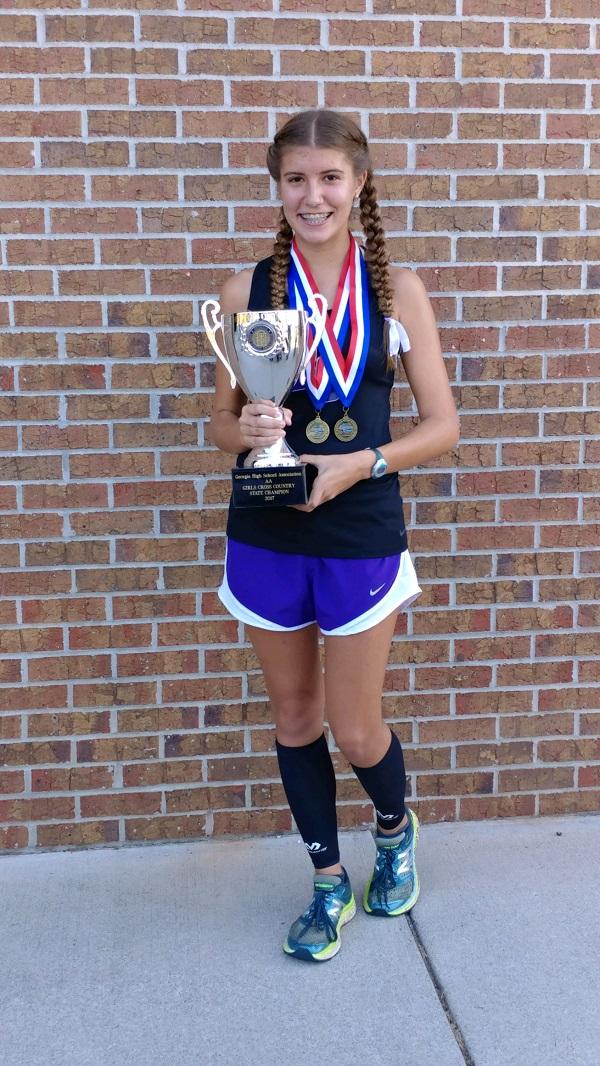 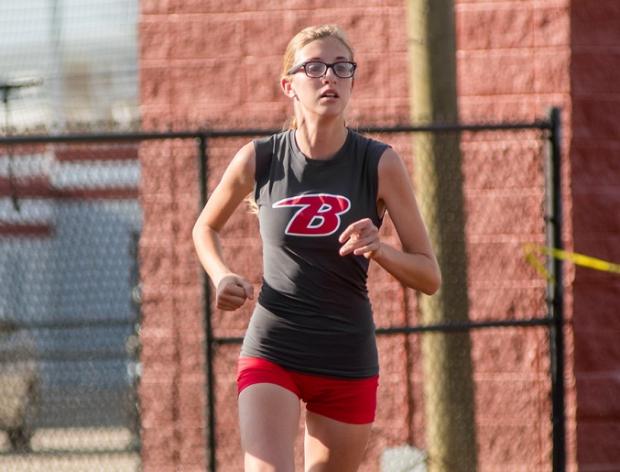 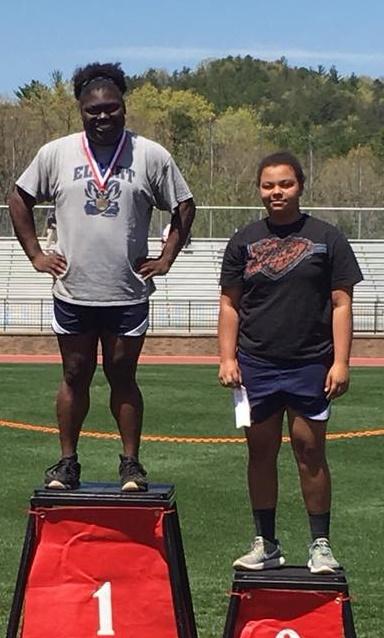