The McEachern Invite once again did not disapoint, as 42 MileSplit USA 2nd team Elite performances were achieved. Heavy hitter teams from super sized 7A schools, Archer Boys and Westlake's Girls came out and made a statement that both would be in the mix for team state titles (Westlake to defend theirs) 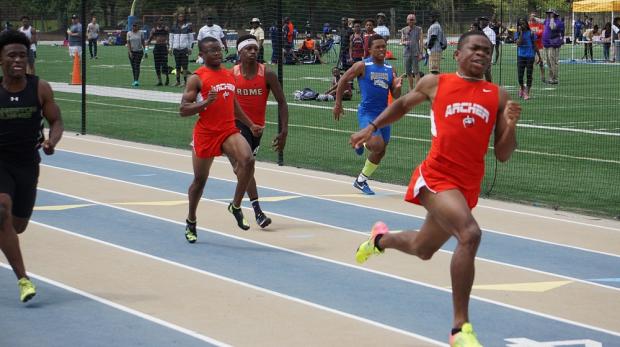 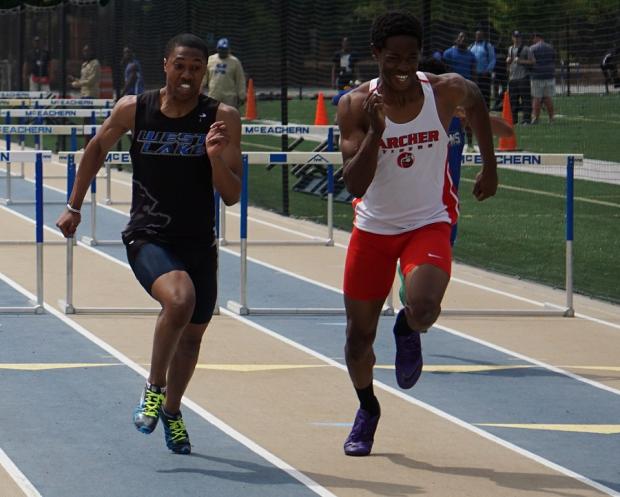 Rainey Anderson and Chidi Okebalama had a photo finish in the 110 hurdles. 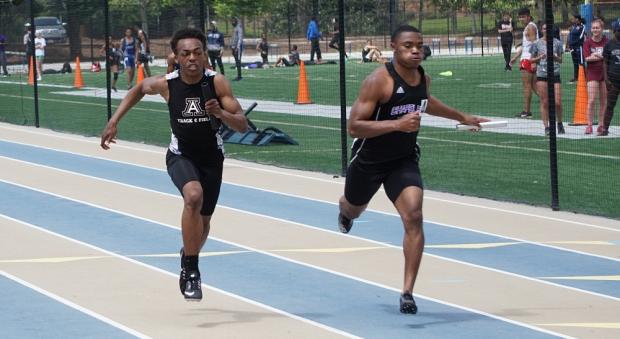 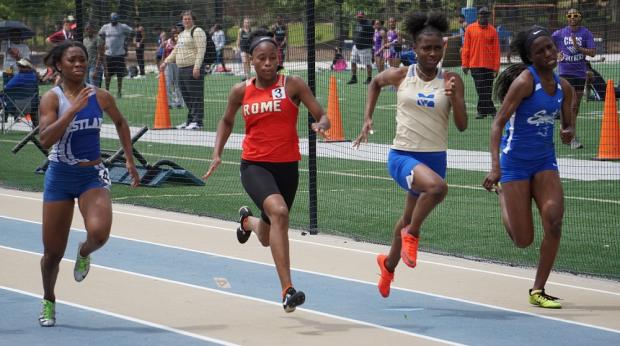 Nilaja Florence of McEachern won a hotly contested 200m dash
Westlake rolled to the girls team title scoring 90 points. Trinity Williams won the 100 hurdles posting a 14.94 and took 2nd in the 300h at 44.67. 400m specialist Kennedy Simon won the Long Jump going out 19-01, Westlake's 4x100 squad took first while resting a an athlete or 2 for region clocking a 47.26. It appeared on results that McEachern may have held something back for region this coming week. Nilaja Florence did win the 200m dash though in 24.75. 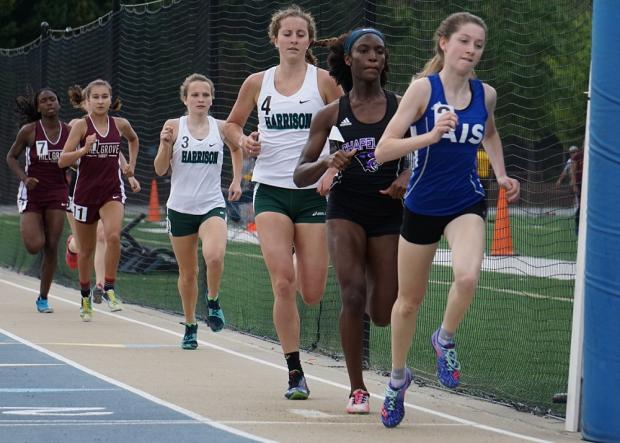