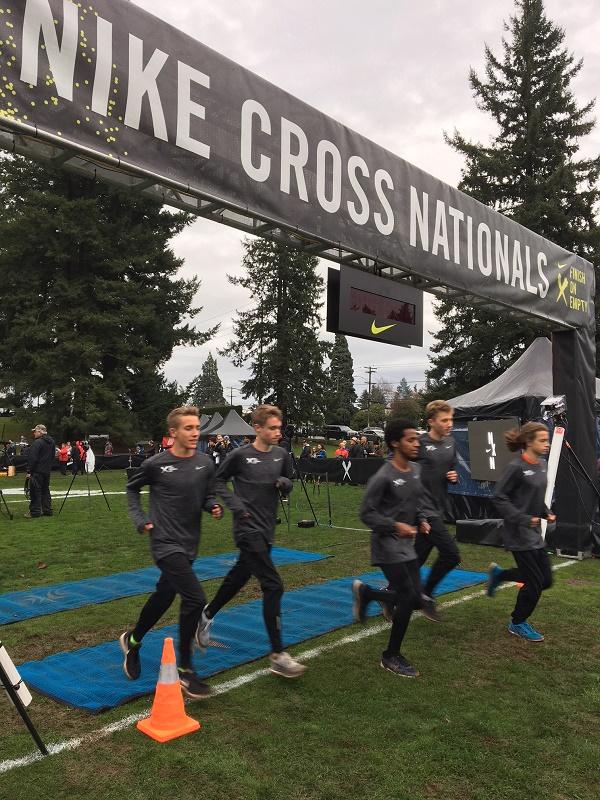 It's the final day at Nike!  Race Day!  Sam and I woke up around 6:00am to get ready for the race ahead of us.  I saw shoe shaped waffles (how I missed them the other days, I'm not sure, but I totally wished I tried one!) so I stuck with the usual routine like all other runners and ate oatmeal and peanut butter.  We arrived to the Athlete Village around 8:10 and relaxed before our warm up at 9:00.  Sam and I headed out for a 10 minute warm up, as usual, and finished up some drills in the Athlete Village before the team introductions prior to the race.  At the introduction, Colleen Quigley fist bumped our Southeast group and wished us luck! 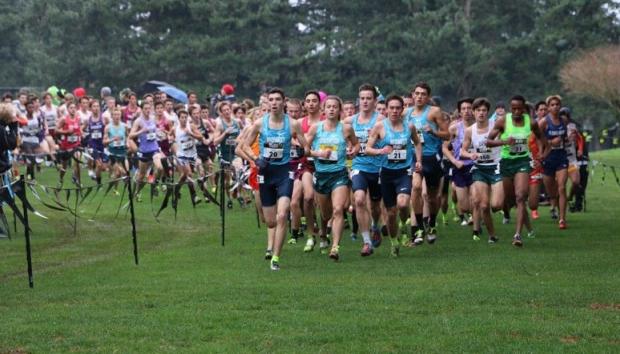 Finally, it was 10:05 and the race began.  The start was unlike any other start I've experienced. I felt like I got off the line decently well to get into a good position, however, I relaxed just a hair too early and that was a mistake.  Immediately after I relaxed to settle into 5k pace, it was as if a vacuum sucked me back and a flood of racers swooped in front of me.  The pack was large and fast.  I watched 5 people tumble in front of me and nearly stepped on a kid (but I didn't thankfully!) and I almost fell myself numerous times, but many of the runners and I were holding onto each other in order to stay up right. The course was muddier than expected and the mud was flying everywhere!  It was an exciting aspect though, because here in the Southeast we usually have great racing conditions.
Since the start was rough, I knew I had to make up a lot of ground.  I'm assuming I started around 125th, if not further back, but by the mile I was able to reach 66th place - still well behind my initial goal.  I just focused on the pack in front of me and tried to keep pushing my way forward.  By the two mile mark, I was able to get into 38th place.  My goal was top-21 (to achieve All-American status), but I fell short of the goal and finished in 44th.  Despite not reaching my goal, I still had a great time and it was an amazing experience I was able to learn from.  It taught me how to maneuver in a pack and it taught me mental toughness to keep picking off people, because it's always possible. 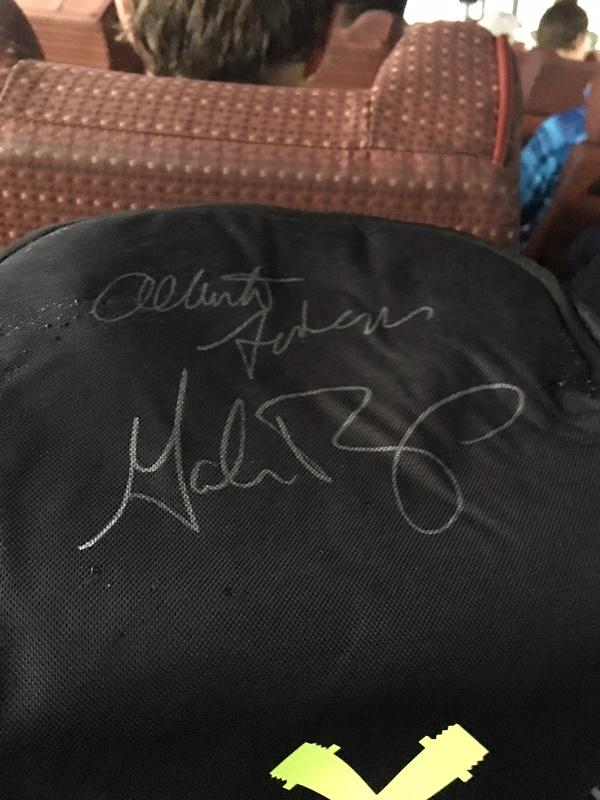 Some of my highlights still came after the race.  I was fortunate to meet both Galen Rupp and Alberto Salazar, so I asked them to sign my backpack.  They were the nicest people I've met and even asked how the race went!  I also met Andrew Wheating and got a picture with him!  It was so cool watching the girls race (where I also saw Andrew Wheating Running around the course to cheer them on). 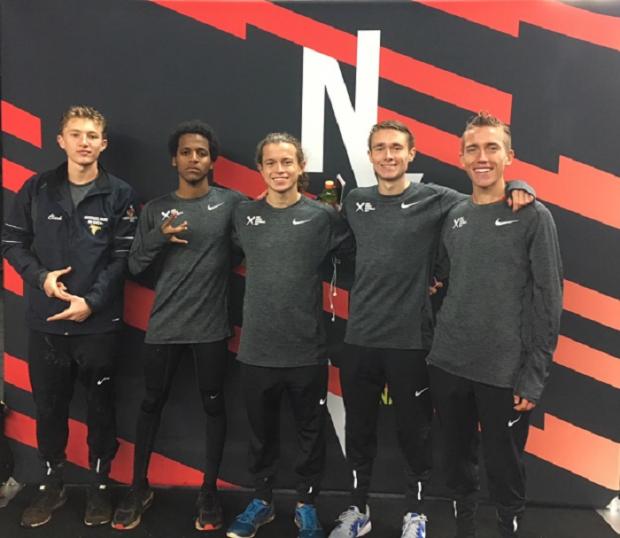 To wrap up the week at Nike, there was closing ceremony where Loudon Valley was crown the guys' team champion and Fayetteville-Manlius was, yet again, crowned the girls' team champion.  Matthew Centrowitz was also at the awards ceremony to give out the awards from the race. 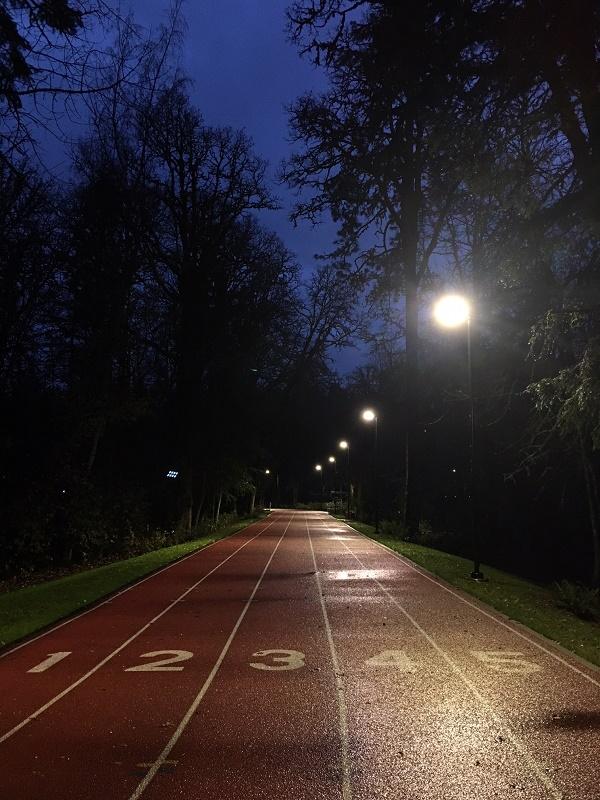 Nike Cross Nationals was an experience I'll never forget.  Having Sam there made the week so much more fun!  It is always better having someone you know with you along the way.  We met so many great athletes and enjoyed hanging out with all our other Southeast Qualifiers.  Now, it's time for a solid two weeks off filled with TV and doughnuts, then I'll be ready for track season to start!
-Nicholas Yanek 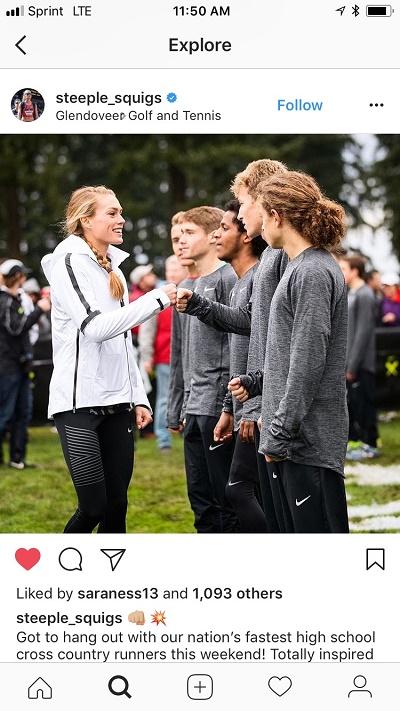