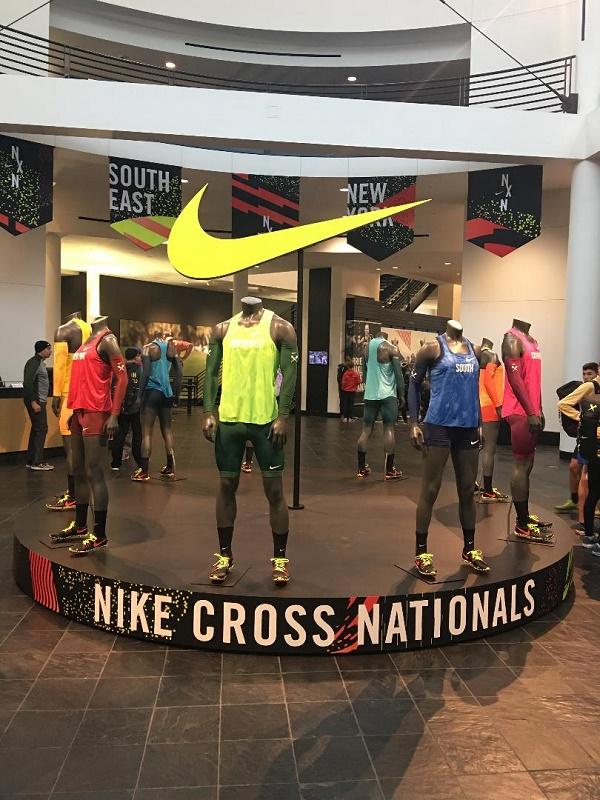 The stereotype about the rainy Northwest is definitely true.  Upon arrival to Portland it was gray, cloudy, and drizzling rain.  However, the damp weather did not make the day any less exciting!  We first went to Nike World Headquarters (NWH) for our morning run.  We met two of the other Southeast NXN Qualifiers on the way over (Brodey Hastey (TN) and Yared Mekonnen (VA)).  We ran for 30 minutes around the headquarter's campus which was huge and sprawling with new construction on top of the many buildings they already have!  They have a nice mulch trail that runs throughout the campus and a dirt path (1.5 mile loop) across the street that was also nice to run on.  We got to run a couple laps on their famous track with the trees in the middle as well. 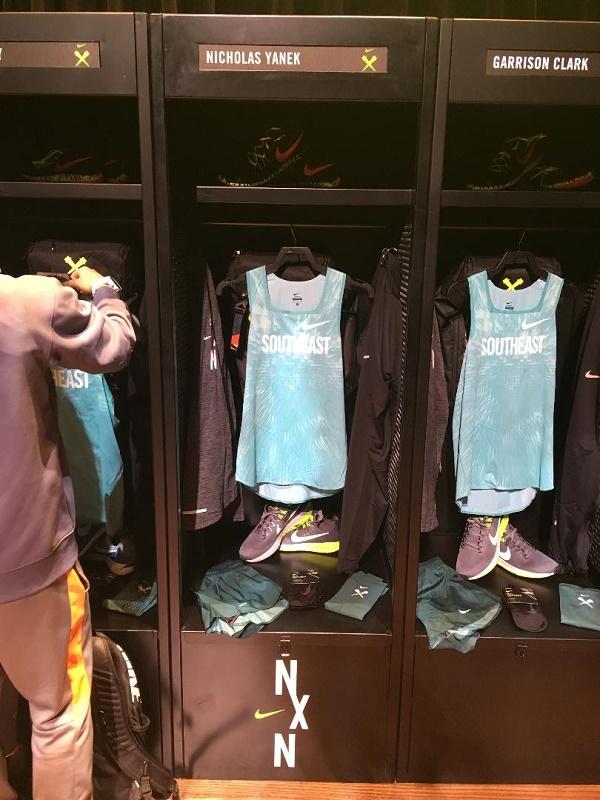 After the run, we stopped by the Athlete Lounge where they had ping-pong, music, and snacks.  We had a block of time around lunch for relaxing, so we took a nap as well.  In the afternoon, we got our gear.  They had each group/team go in separately to the Tiger Woods auditorium.  They had a small presentation for the gear and unveiled it staged in a cool locker for each athlete.  We received a pair of running shoes and socks, spikes, a singlet and racing shorts, arm sleeves, warm up pants and a long sleeve, plus a backpack. 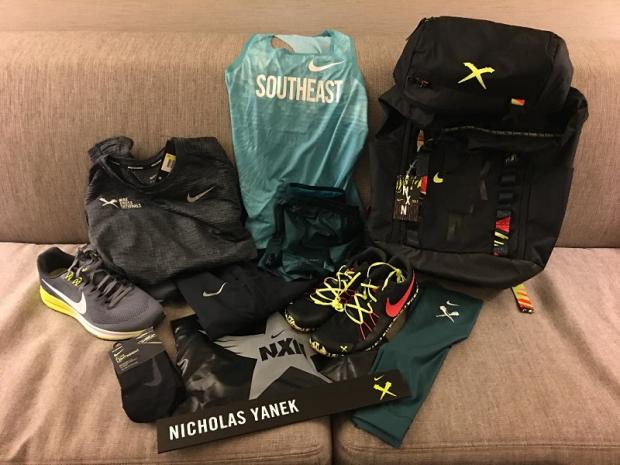 Finally, we ended the night with dinner and the opening ceremony.  At dinner, we ate with Andrew Bomblee with the other individual Southeast Qualifiers.  Behind us was Jordan Hasay and Shannon Rowbury ate upstairs with another team.  We walked right past Galon Rupp and regretted not asking for a picture with him :)  Evan Jaeger and Shalane Flanagan were also there, so seeing all the professional athletes was exciting!  (They also played ping pong with the athletes in the Nike Athlete Lounge which was pretty cool!)  The opening ceremony introduced all the teams and individuals who made it to NXN.  It was cool seeing all the top people you read about on MileSplit and DyeStat sitting right in front of you at the same race you'll be in just two days from now!