It was an outstanding meet put on by USATF GA, as 250 Boys were lined up (2 rows deep) for the largest field in a single race ever at the Heritage Christian Church course. Fans lined both sides of the final 100m before the finish line up to 5 rows deep as well. USATF GA HS runners competing in the 'Meet of Champions' race, also got a free pass to the USATF Regional XC meet next weekend also. The medals were something special, large, weighty and nice ribbons (not printed)

The Start of the Boys race with Official Matthew Chestnut firing the gun.

What can one say about Jacob McLeod, as he has owned Georgia HS boys Cross Country, since his older brother Kaleb graduated a few years ago. Its rare that a GISA runner, comes to GHSA meets (since it was approved 2 years ago) for inter-association competition being allowed in Sports like XC, Track, Golf, Tennis, etc. McLeod remains unbeaten on Georgia soil for 2016-2017, after pulling away from a game Kyle Harkabus after they went thru the Mile marker at 4:34... McLeod kept charging,  crossing the finish line in a new meet record of 15:02.41. Harkabus dropped smartly off his pace, enabling him to have some gas in the tank late taking 2nd at 15:29. William O'Rielly caught him around the 2 mile area, but could not overtake Kyle, settling for 3rd Overall in 15:33. Audrick  Pyronneau hung around, taking 4th at 15:37, with James Cragin 5th at 15:39. 88 runners went sub 17: with many achieving new prs. Some by :30 on the same course 2 weeks earlier! 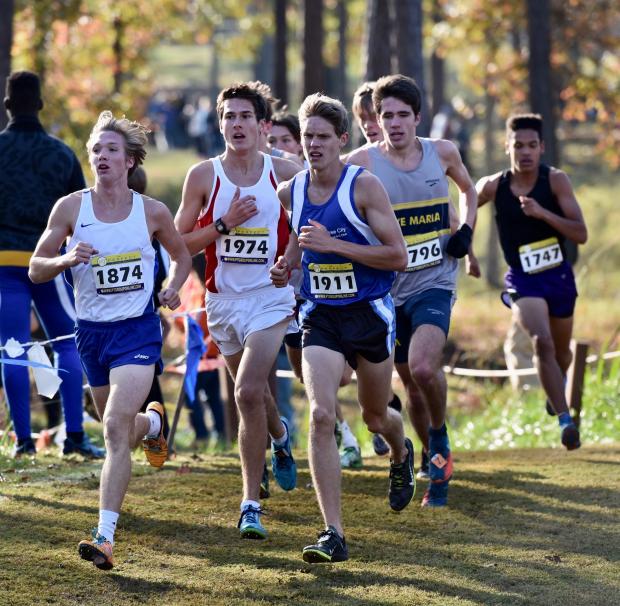 The lead chase pack labors to keep track of a hard charging McLeod and Harkabus. 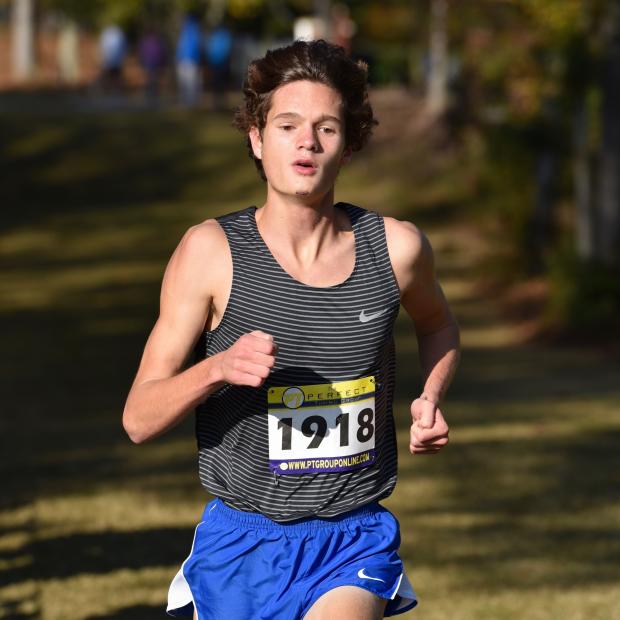 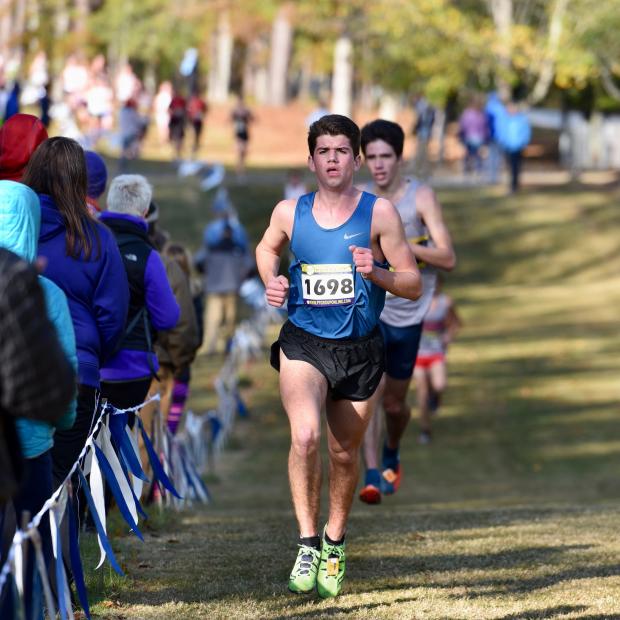 Kyle Harkabus holds off an upcoming challenge by..... 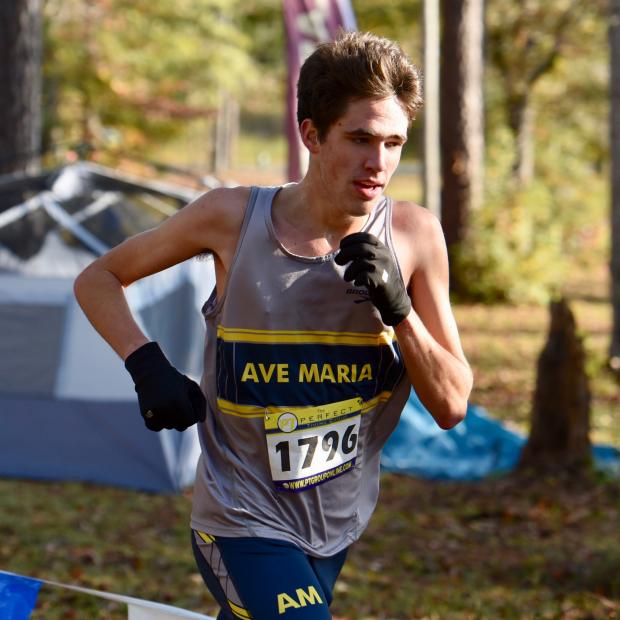 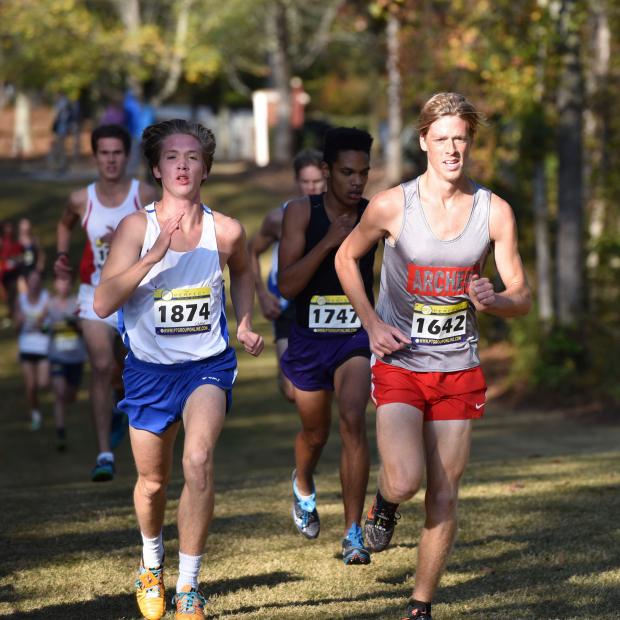 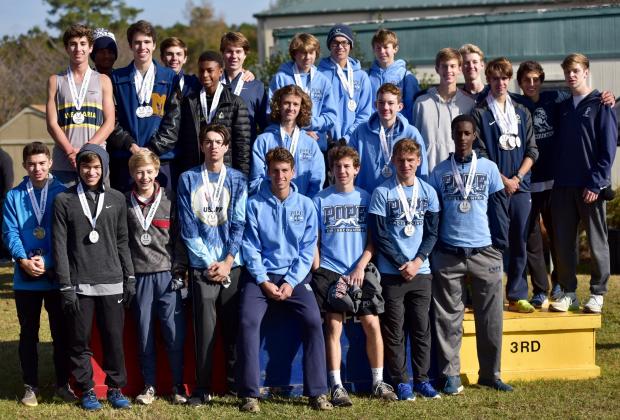 After a great Boys race, it was the Girls turn, with slightly warmer conditions than the 8:45 start of the previous event as 165 lined it up and went after it hard. 79 of them, recorded times of sub 20:, with the majority having nice prs. It was an interesting race up front through the first loop as a pack of 8-11 runners ran as a pack (what a team that would make) with no one really making a move.. Until 7A undefeated Champ Elizabeth Funderburk began to slowly create separation on the group, with only (6A Champ) frosh Makena Gates of Creekview going with her. Around the 2 mile area though, Elizabeth dropped Gates and pulled away going 17:38 setting a new meet record. Gates, beast she is, remained focused earning Overall runnerup posting a 17:51. Will she run in the Seeded race or Frosh race at Foot Locker South? Naima Turbes of Westminster had a nice race placing 3rd at 18:00. Ellie Hall led Marietta to the team title, taking 4th at 18:03, followed by Megan Usyzinski of McIntosh 5th in 18:04.

The HS Girls get off the Start line skirmishing for the holeshot 150m away. 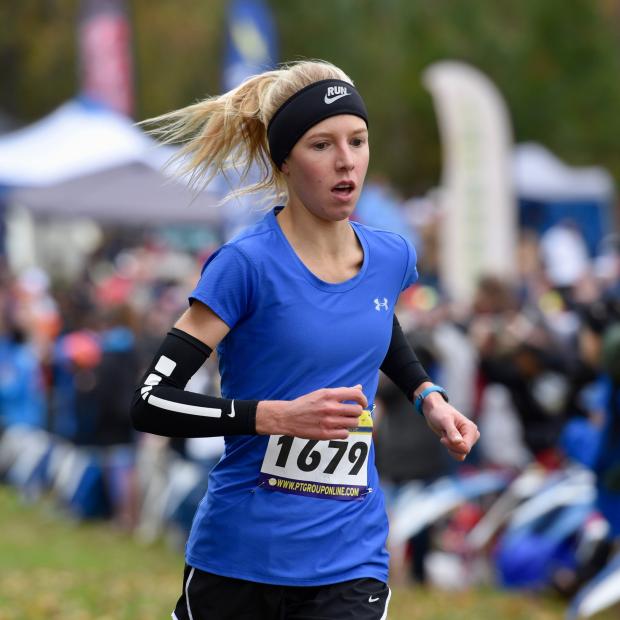 No One, has beaten Champ Elizabeth Funderburk from Colquitt County since the 1600m at Outdoor State. 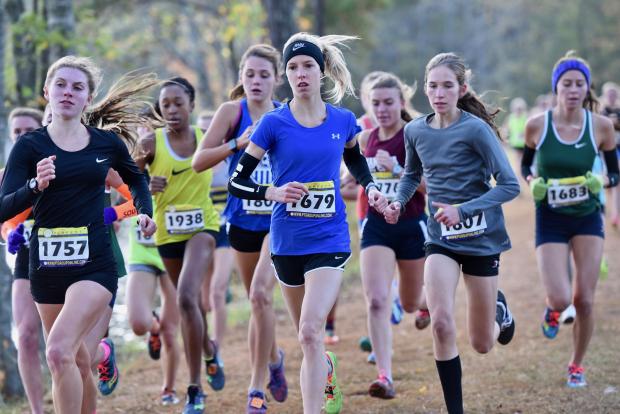 Early race Girls lead pack stayed together and went thru the end of Loop 1, 8 wide.. 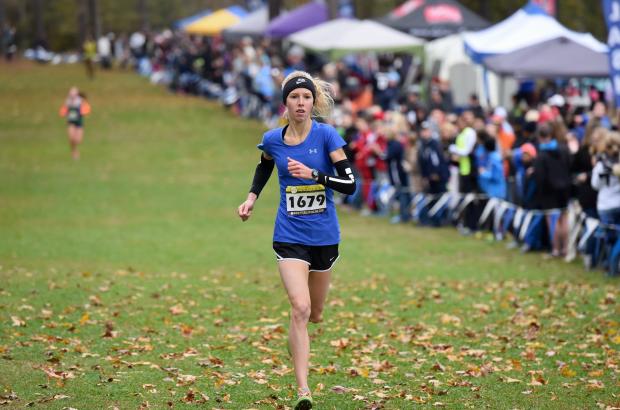 Funderburk cruises it on in, setting another meet record clocking a 17:38. 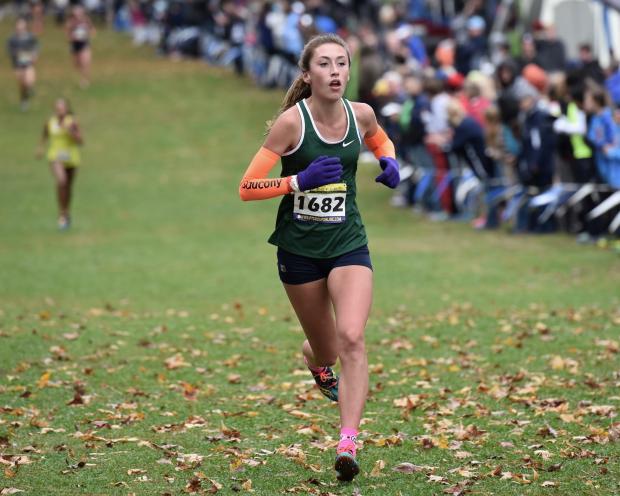 Makena Gates did all she could to push Funderburk, taking 2nd Overall in 17:51. 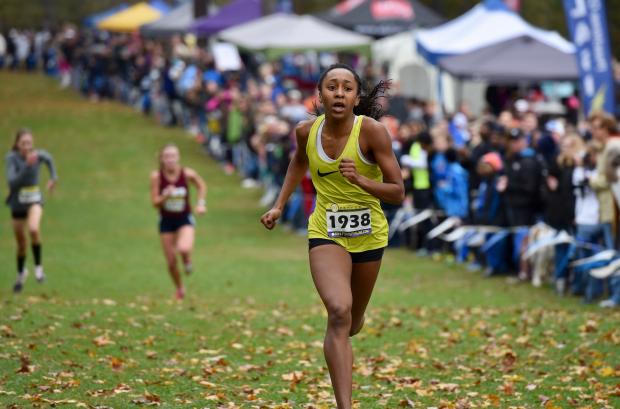 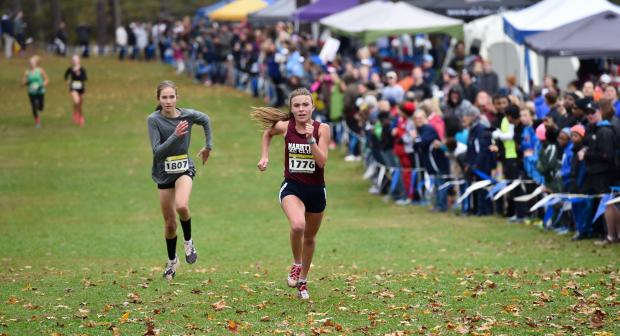 Ellie Hall from 7A team champ Marietta, holds off Megan Usyzinski of McIntosh (5A Team Champ & Individual Runnerup) for 4th Overall at 19:03. 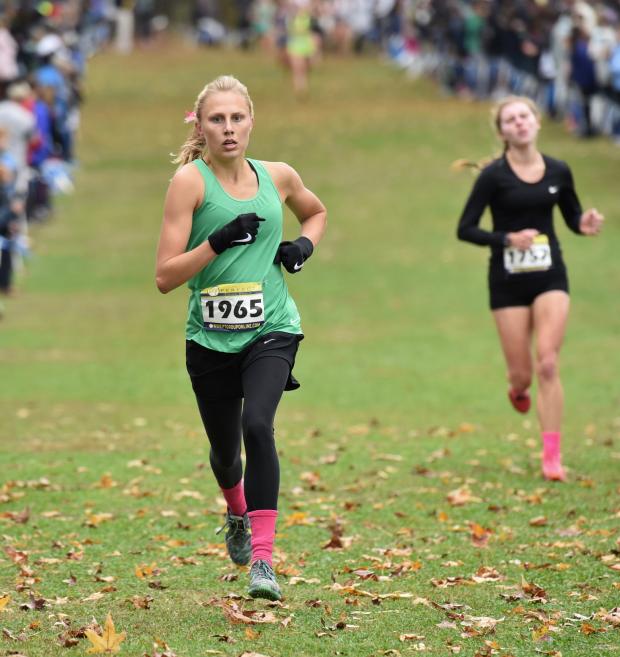 Anna Burnett from Woodstock (7A runnerup) powers away from Erin Leonard (6A Champ) placing 6th Overall in 18:14. 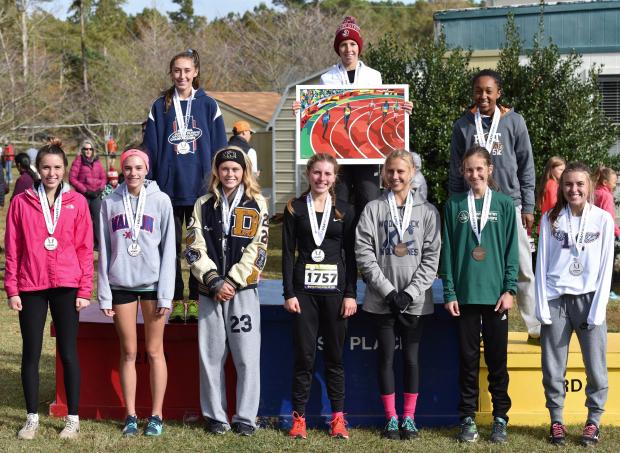 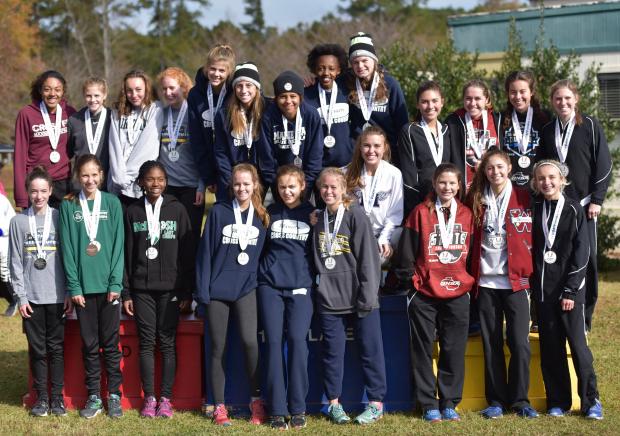