Zack Wansley was a graduate of Chapel Hill high school and - with his brother Nicholas -- was an important early member of the Chapel Hill running family. Zack had embarked on a successful tenure at Georgia Tech, and was looking forward to a full and rewarding life. He was a runner of exceptional character who inspired others with his spirit of discipline, enthusiasm, sportsmanship and unselfish love.
On September 13, 2008, while on a 20 mile training run, Zack passed away on the very trails where Chapel Hill originally hosted the Mill Run (now the Atlanta Classic). Zack's brother Nicholas, and his mother and father Maribeth and Ted ("Doc") have always been special members of the Chapel Hills family as well, and this race serves as a humble effort to honor Zack and the wonderful person he was. 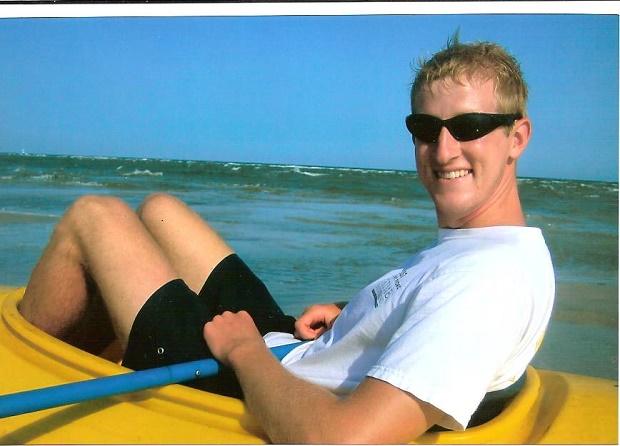 The 2017 Cross Country season gets underway at 8:00 am Saturday morning at Boundary Waters in Douglasville as Chapel Hill High School hosts the Zack Wansley XC Clash. 12 teams will line it up on a hot, humid morning to traverse the beautiful trails at Boundary Waters, and also get an early view as to who put in their summer miles.

Landmark Christian ran the tables last year scoring a ridiculous 25 points in winning the Class A private state championship. This despite a ridiculously small student body. They lost Nicole Fegans to graduation (now at Georgia Tech), but return most everyone else. Senior Sarah Foreman and Soph Erin Fegans lead the charge, with Mary Kellison Thorne and Lindsey Biggar providing close support.

Milton is the anti-Landmark in terms of team size, bringing 218 entrants (boys and girls) to Boundary Waters. They'll rest their top varsity folks this week, but still have enough depth where they could contend for a top-2 spot.

Alpharetta, Alexander and Whitewater would seem to be logical choices in fighting it out for the remaining Top-5 team spots.

Landmark sophomore Erin Fegans ran 18:36 last weekend at Boundary Waters on a similar version of this course, and would seem to be in fine early-season form. A bit under the radar was her 10:58 in the 3,200 from the Meet of Champions, which was a short 4 months ago.

Bremen senior Grace Clements had a breakout campaign last year, scoring podium spots in XC and track. And she posted a nice 18:16 on the quick Meet of Champions course. Certainly she could challenge for a high spot or even the top spot.

In addition to Fegans, Landmark also has Sarah Foreman, Mary Kellison Thorne, and Lindsey Biggar, all of who will be vying for Top-5 spots.

Seems there's always that surprise freshman that emerges every fall....might we see a newbee coming-out party at Boundary Waters this this Saturday?

Milton has the most horsepower returning, but they'll hold most of their varsity out this week.

Alexander has 3 frontrunners in Koi Williams, Austin Muse and Mekhi Williams, and begins an early quest to find the depth that they had last year in capturing state titles and state records.

Alpharetta returns a strong squad led by Robert Chappell and Sean Rager, plus a solid supporting cast, while Whitewater and Landmark Christian look to make a push for a spot in the Top 4.

With Milton holding back their star-studded line-up, the race for the boys individual title seems to be a wide open affair.

Alexander's Koi Williams posted 4:26 in the spring, and ran a 15:49 on the quick Clinton track last fall, and looks to be in the front pack. Teammate Austin Muse posted 9:44 in March and Coach Robinson has likely had him sowing seeds this summer.

Alpharetta senior Robert Chappel ran 9:46 exactly 4 months ago Saturday and would seemed to be poised to finish up front, as would junior teammate Sean Rager who posted 4:32 in the spring .

Many eyes will be on Landmark Christian freshman Zack Truitt who makes his high school debut after notching some magnificent middle school accomplishments. He raced a very similar version of this course last Saturday and should know his way around Boundary Waters very well.

Course Map and Description: Both posted on the Milesplit meet homepage.

The 2017 Zack Wansley XC Clash kicks off at 8:00 AM Saturday morning with the Girls Varsity, followed by the Boys Varsity at 8:40. JV Girls run at 9:15 fo
Tweets by GAMilesplit