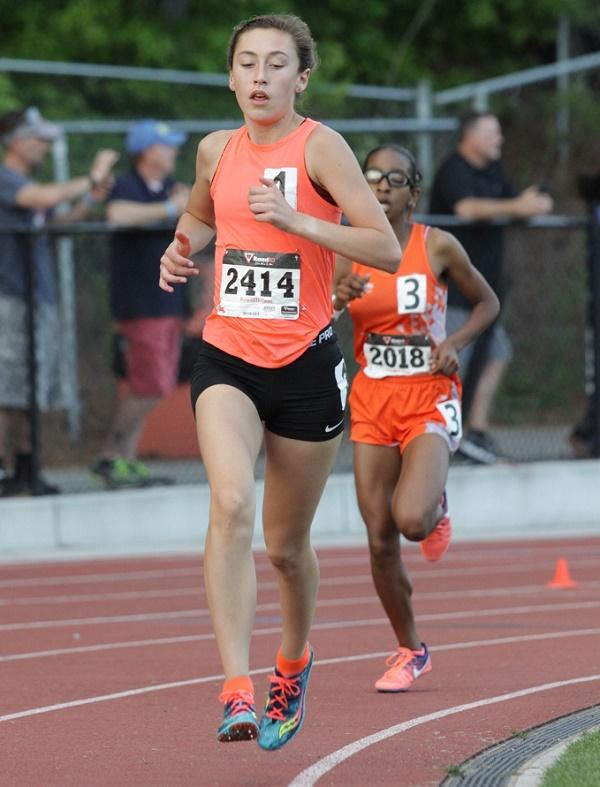 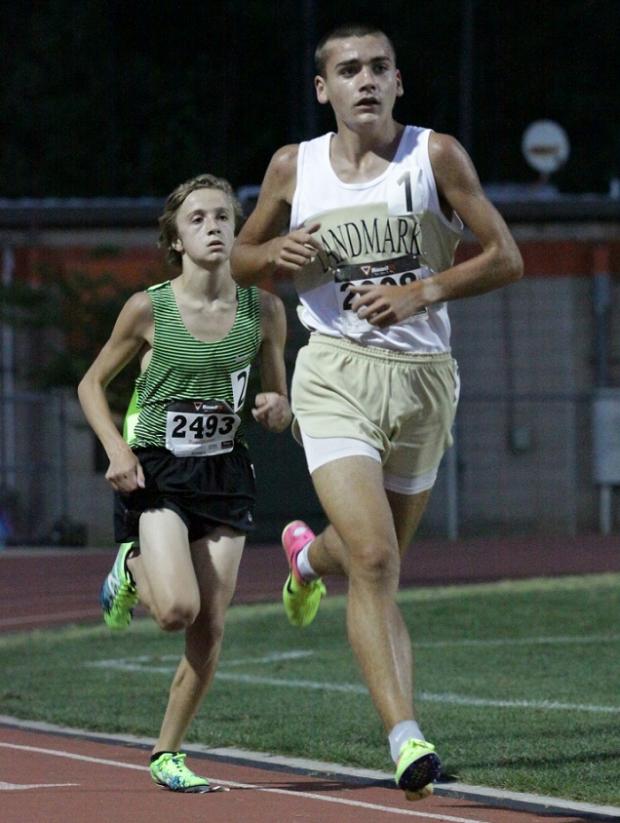 Zack Truitt and Justin Wachtel from Monroe County, had a duel for the ages in the Boys 3200m as both set the #1(9:52) and #2 (9:55) MileSplit National times Friday night under the lights of 'The Big Orange Jungle' 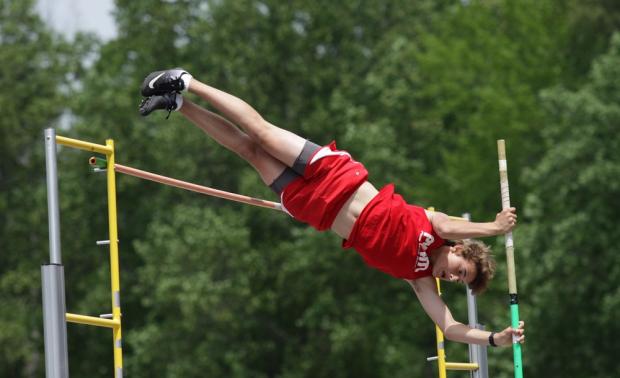 This is Nicholas West of Davis Academy/Pole Vault Atlanta actually clearing the top bar of 11-10! 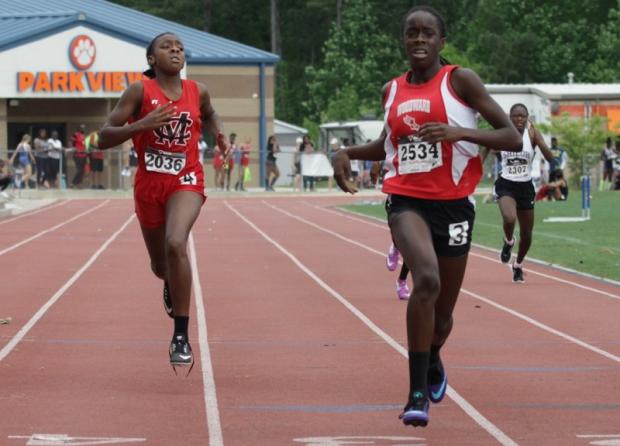 Simi Owujo of Woodward (r) edged Makayla McPherson from Madison County in the 400m at 58.16 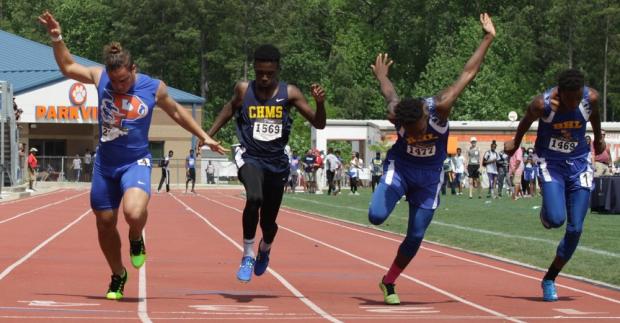 It was a close one in the Boys 100m, but Tyreon Millsap (lane 2) outleaned Cody Brown (L) of the Parkview Express for the win at 11.76 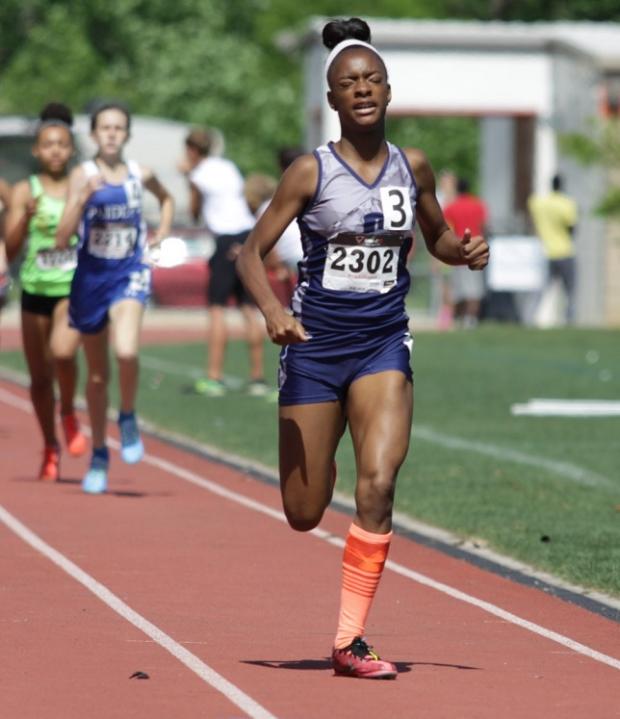 Shani Simon of Sapphire-Ruff Riders pulls away from the challengers down the stretch winning the 800m in a quick time of 2:24.73 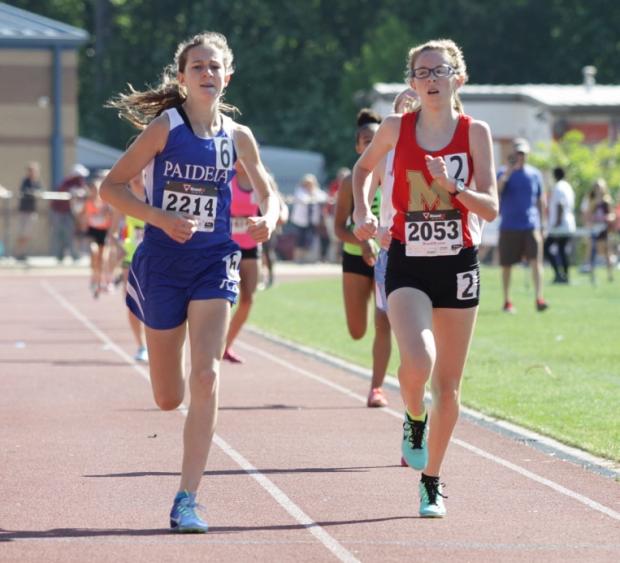 Luna McCauley of Paideia (7th grader) sprints to the finish line ahead of Kelsey Morse from Malcom Bridge taking 2nd in the 1600 at 5:31.51 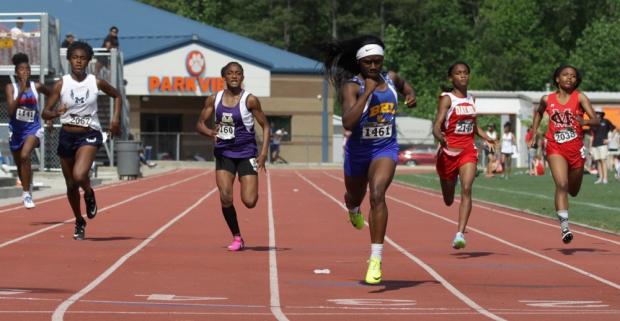 Lashanti Williams was unstoppable, winning the 200m dash in 25.61. 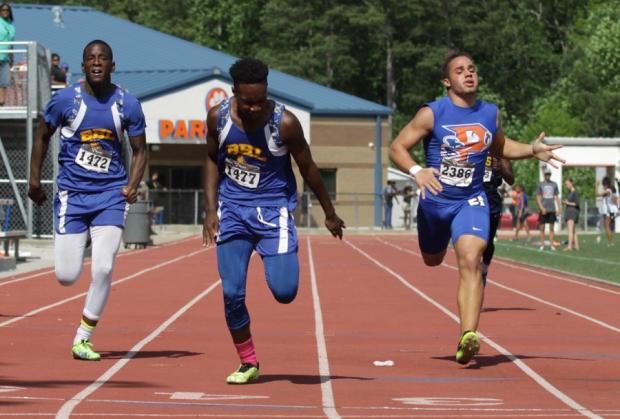 Tyreon Millsap knows how to lean for the win, as he doubles in the short sprints going 23.57 taking the 200m win 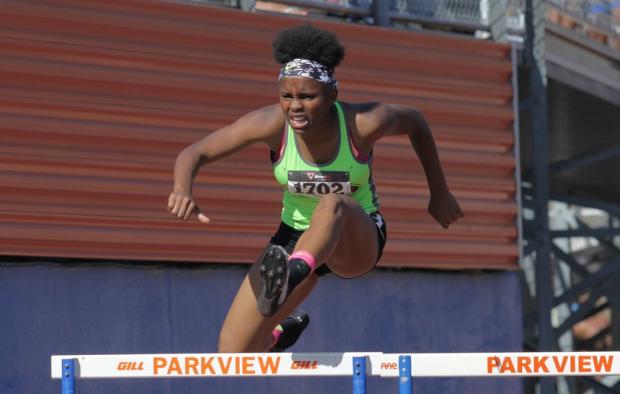 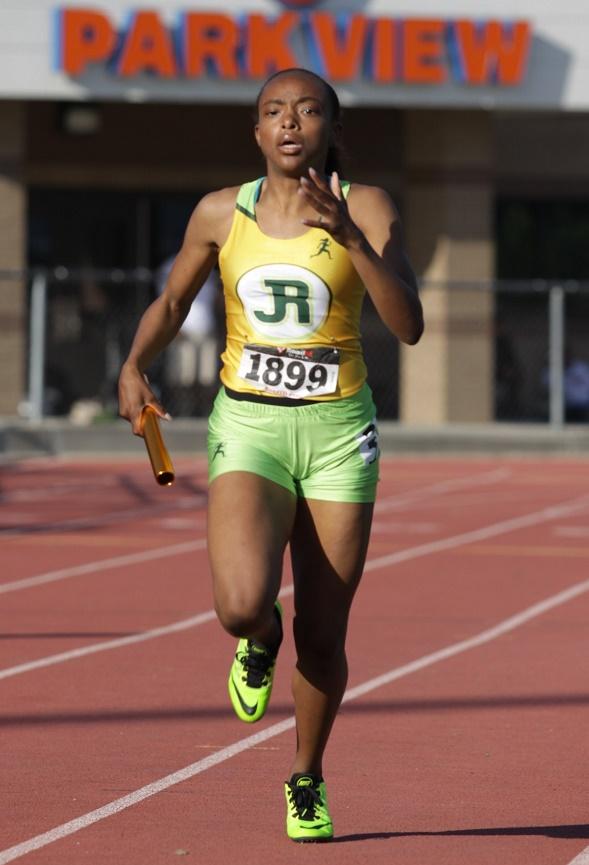 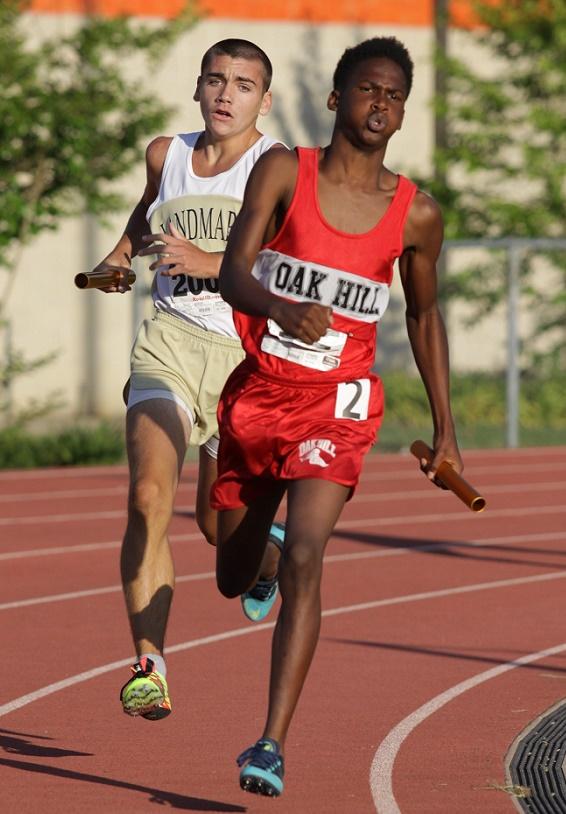 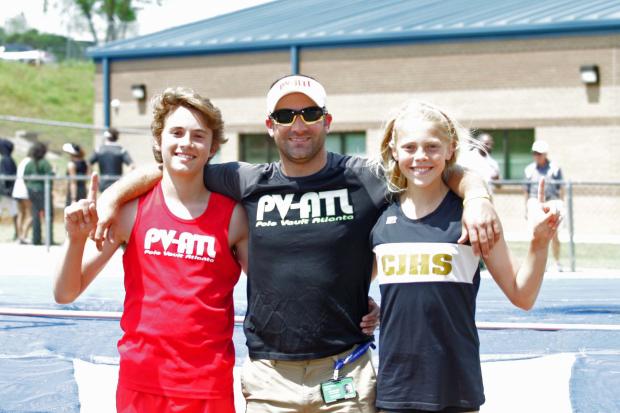 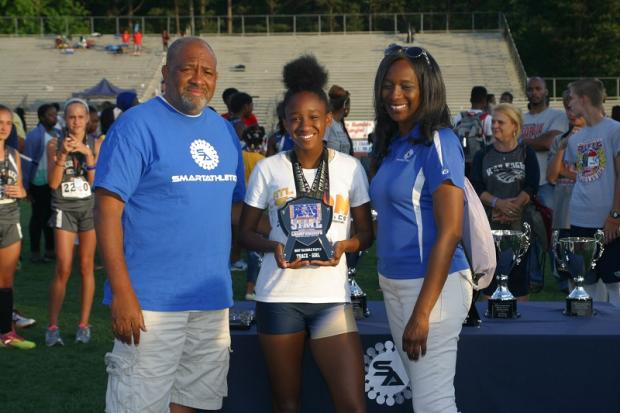 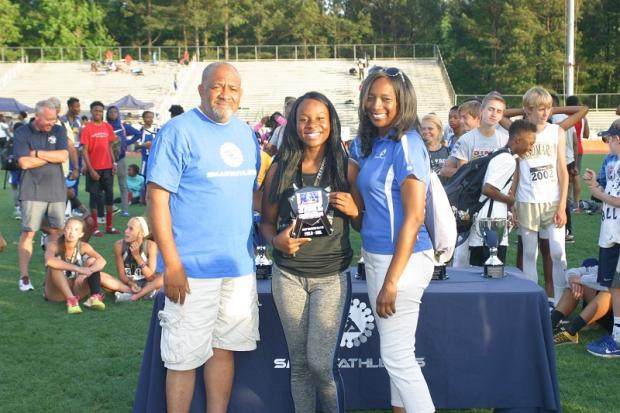 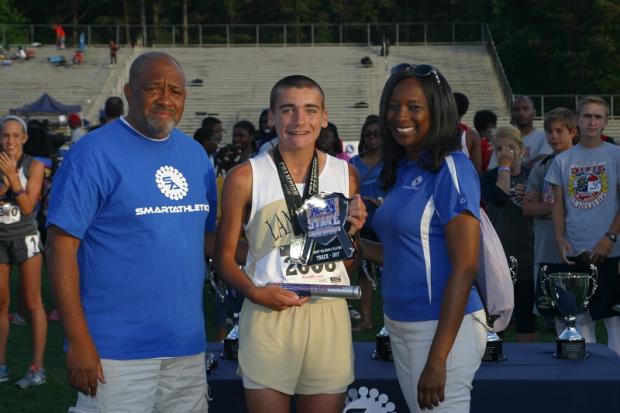 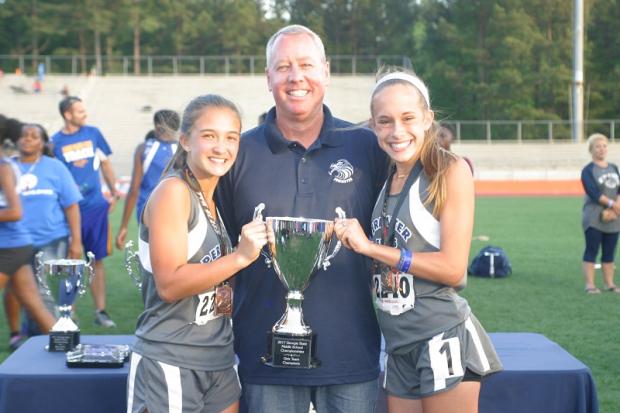 Perimeter Christian was a surprise winner, scratching together points in many events led by Ayden Drake 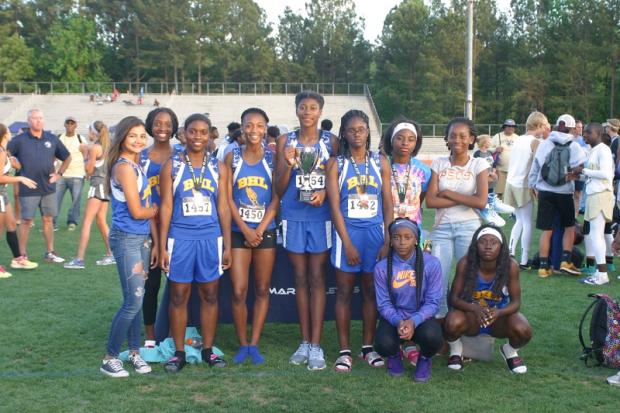 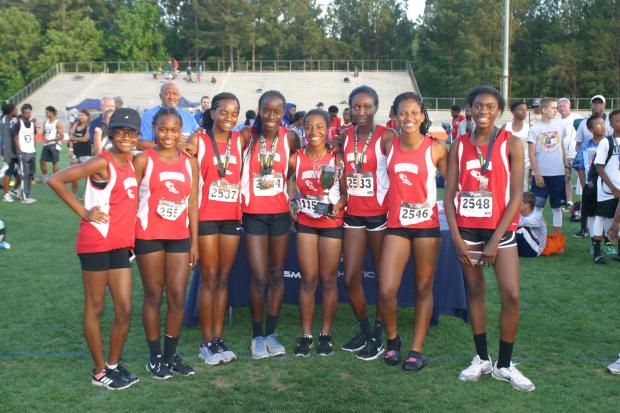 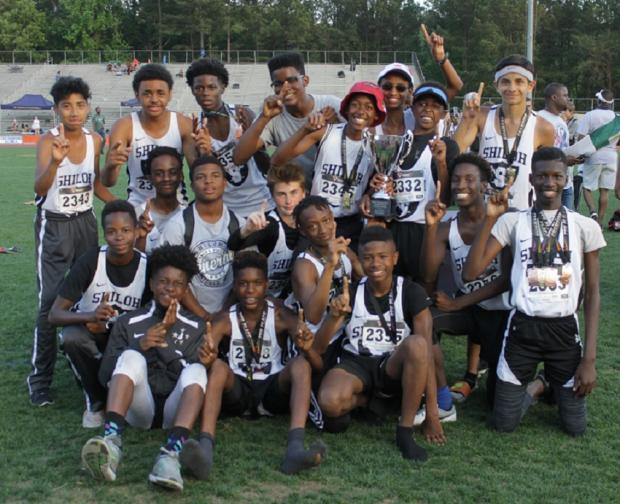 Shiloh MS put together many scoring opportunities that added up to a Team State Championship. 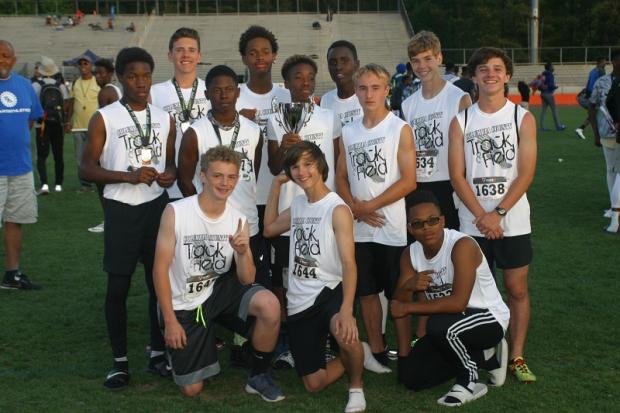 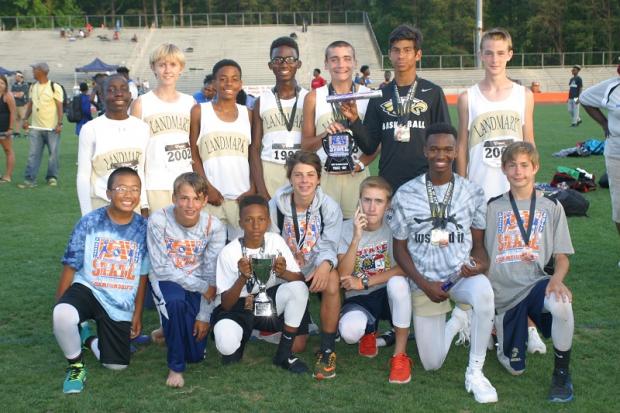 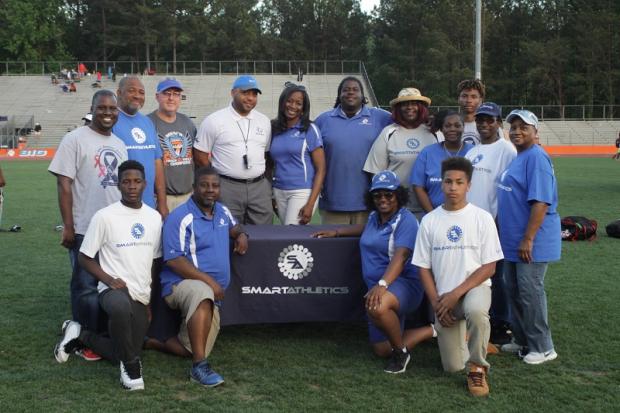