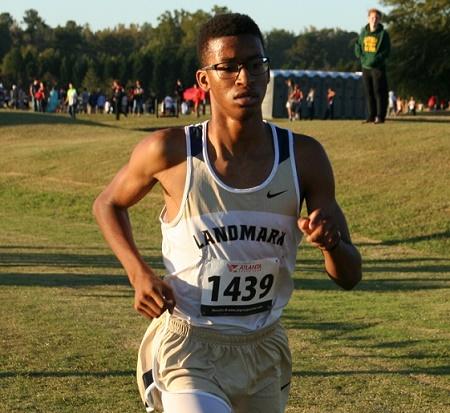 Landmark Christian has been ranked #1 since pre-season and it doesn't appear there is a squad that can seriously challenge them. A dominant win at Region, 4 runners in the top 9, including 2 frontrunners in Kermit Jackson and Seth Cruver will make this race exciting for the teams chasing them battling for Podium spots. Holy Innocents took advantage of perfect weather and a quick Heritage Christian course, had a great race against Landmark at Region 5, but they will have to contend with an improved Hebron Christian squad who won the Region 8 Area 2 meet at Athens Academy on a much tougher course, which may better prepare them for Carrollton. Providence Christian suffered misfortune at Region 8 when one of their top runners went down 50m from the Finish line and was unable to finish, allowing Athens Academy to sneak into 2nd. Galloway, Athens Academy, Strong Rock Christian and Lakeview Academy (who bumped Wesleyan out at 8-A) will be fighting hard in case one of the top teams have a miscue or bad day.
Post-Region Rankings
1. Landmark
2. Holy Innocents'
3. Hebron
4. Whitefield Academy
5. Athens Academy
6. Galloway
7. Providence
8. Lakeview
9. Darlington
10. Strong Rock Christian

Ben Davies (photo by Daniel McCauley)
Individual Race:
There will be a new Individual Champion this season for A Private Boys. A couple of weeks ago it looked as if Ben Davies of Holy Innocents may have the advantage. But, after Saturday's 5-A meet things aren't so clear. Kermit Jackson of Landmark Christian has really came into his own during October and pushed Davies to the brink. Seth Cruver of Landmark was also within 40m of those 2...Hank Guinade of Strong Rock Christian also was impressive in that meet as was Alex Van Schoor from Galloway. Brandon Potra of Hebron Christain won the Overall 8-A title at 17:30 with Ryan Iyer of Athens Academy :09 back in 2nd. The top runner out of Area 1 was Brookstone's Sid Saber at 17:42 and winning Area 3 was Zachary Justice and Devin Wade of Whitefield Academy.
A Private Girls 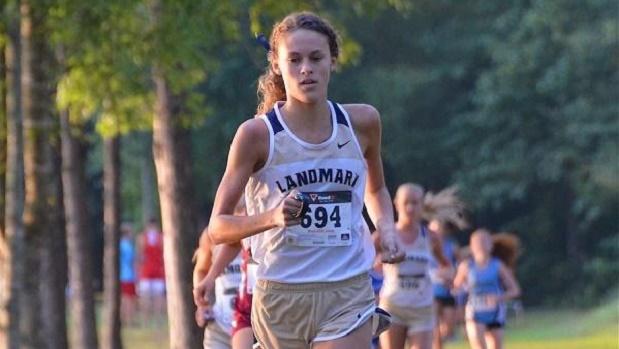 Nicole Fegans (photo by Daniel McCauley)
Team Race:
Landmark Christian may have their best squad in school history this Fall, not to mention possibly All Classes..We'll have to see how they run Friday (basically against the clock) and where our All Class Ranker will sort them out for the Post-State All Class Rankings before the exciting new Meet of Champions on 11/12 at Heritage Christian Church. Their top 5 burned down a sick 18:43 team avg at Region. Nicole Fegans leads the pack followed by Sarah Foreman, Erin Fegans, Mary Kellison Thorne and Lindsay Biggar.
Much like the Boys team race scenario, its fairly wide open for the next 3 Podium spots.. On paper, Darlington (Area 4 champs), Holy Innocents (Area 3 runnerup) and Hebron Christian (Area 2 champs) could finish in any of the 2-4 spots, depending on who brings it Friday am bright and early. On the outside looking in hoping to displace one of those 3 will be Galloway (who ran great Saturday), Atlanta International, who placed 3rd without Helen Williams and Athens Academy, who finished 8 points behind Hebron at 8-A. Wesleyan will need to run 'lights out' to push for a Podium spot.
Post-Region Rankings
1. Landmark
2. Hebron
3. Darlington
4. Holy Innocents'
5.  Athens Academy
6. Wesleyan
7. Atlanta International
8. Savannah Christian
9. Galloway
10.Calvary Day 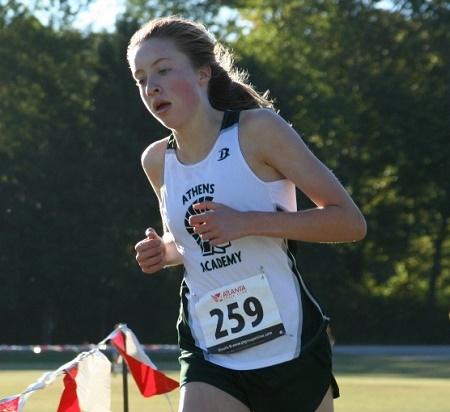 Anna Marian Block
Individual Race:
This is shaping up to be one heckuva great race for the Individual title. Nicole Fegans rang up the fastest Girls time in Georgia last Saturday going 17:39. Anna Marian Block of Athens Academy is the defending Champ, and was defeated by Fegans a few weeks back at Alexander Asics after leading nearly the entire race as Fegans passed her at the 3 Mile mark. Unfortunately, Helen Audrey Williams of Atlanta International, dnr at Region and is out for State. Sophia West of Paideia had a great September and won many Invites this season.  The chase pack should consist of Landmark's 2-5 including: Sarah Foreman, Erin Fegans, Mary Kellison Thorne and Lindsay Biggar. Mattie Harris of Calvary Day is a threat to move into this group, as well as Emily Elder of Athens Academy, Jackie Addy of Holy Innocents, Emily L. Little of Whitefield and Kate Flory from Darlington.
Tweets by GAMilesplit