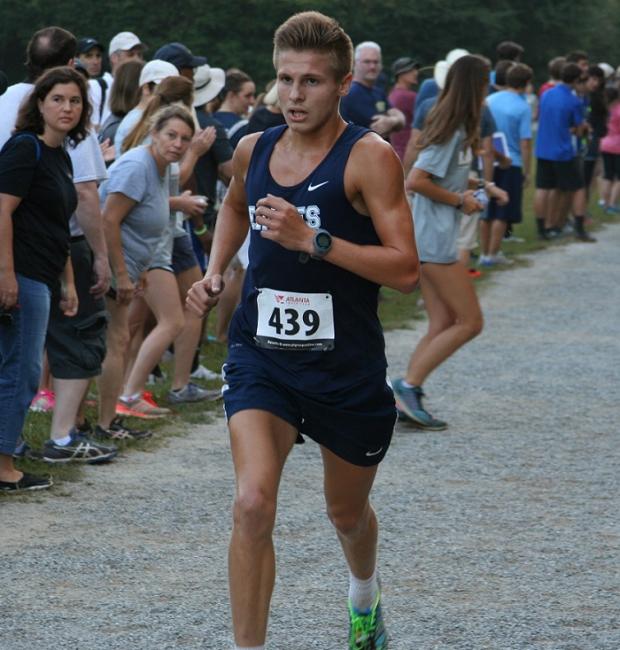 One can argue course distance all they desire, but the fact is Chase  Kennedy ran up to his billing, blistering the existing course course record with a time of 15:28. The previous record of 15:34 was set by Logan Poteet in 2014. East Jack' also placed 4th as a team, 7 points behind AAAAAAA South Forsyth with a 16:41 team avg. 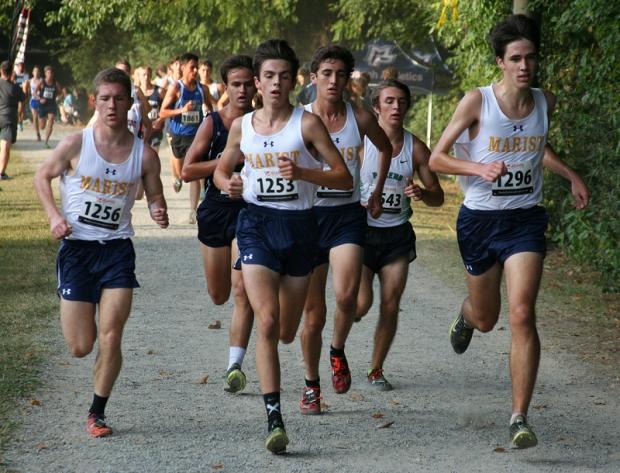 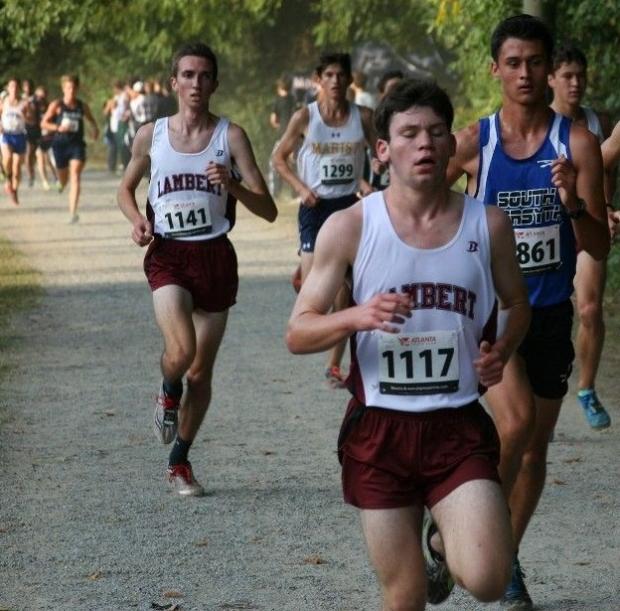 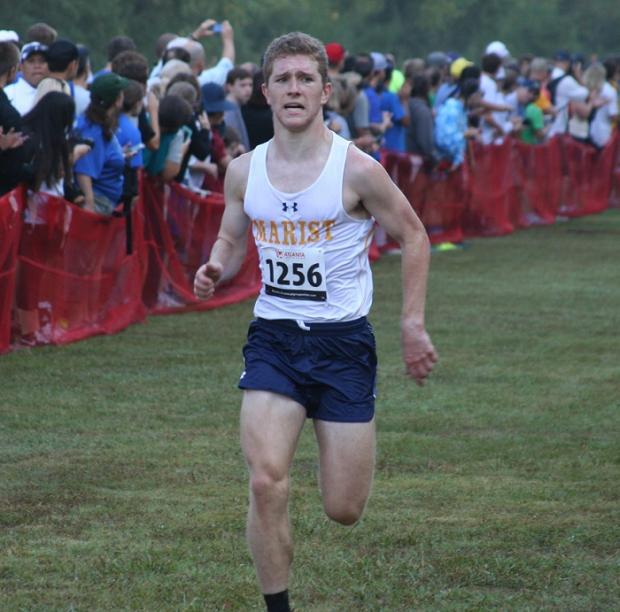 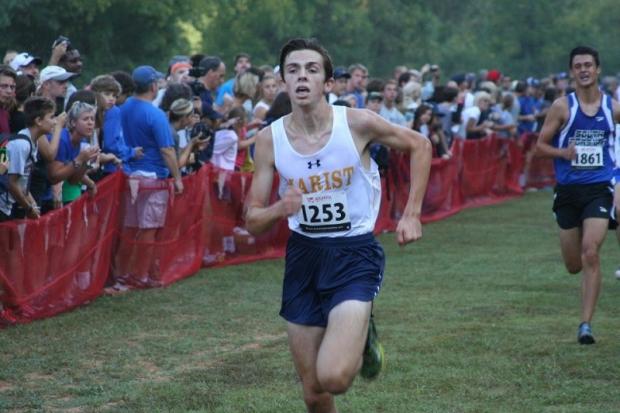 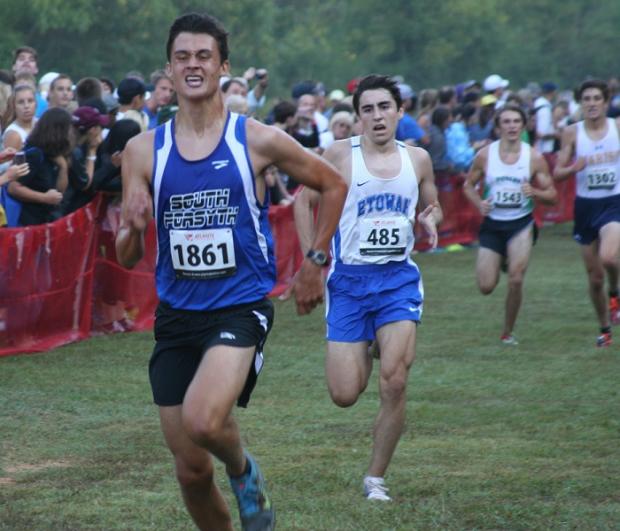 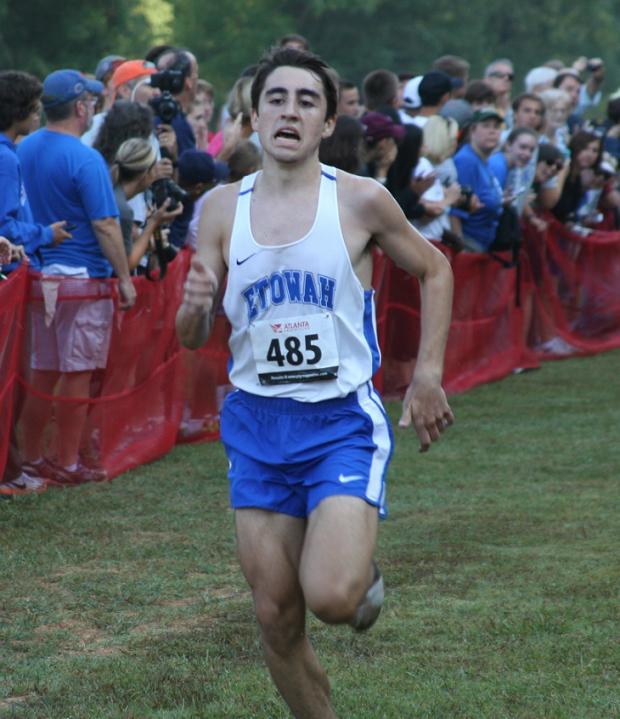 Liz Galarza sprinted out early to a lead over DuPont and Morales through Mile 2. Though DuPont kept chipping away at Galarza's lead. Morales dropped back off of DuPont,  as Kaylee caught Galarza in the 3rd mile, to win by a :02 second cushion. In the 3rd mile, Elizabeth Graves of Riverwood,  came on strong for a solid 4th place finish with a time of 18:18. 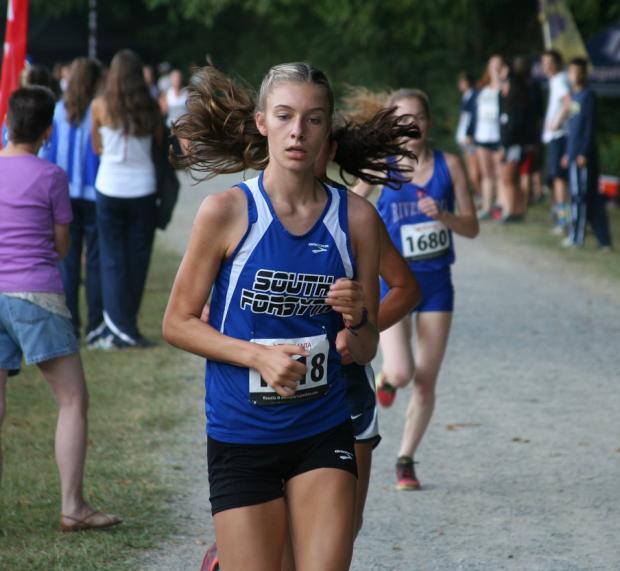 Kaylee Dupont took the lead later in the race leading South to the team title posting a 17:55. Placing their top 5 in the first 13 spots made it an overwhelming victory by 44 points over Marist. Look for South to move up at least a spot in the All-Class Rankings this week. Also making the top 10 were: Milicent Bergey (6th-19:01) and frosh Caroline Patterson (10th-19:32) 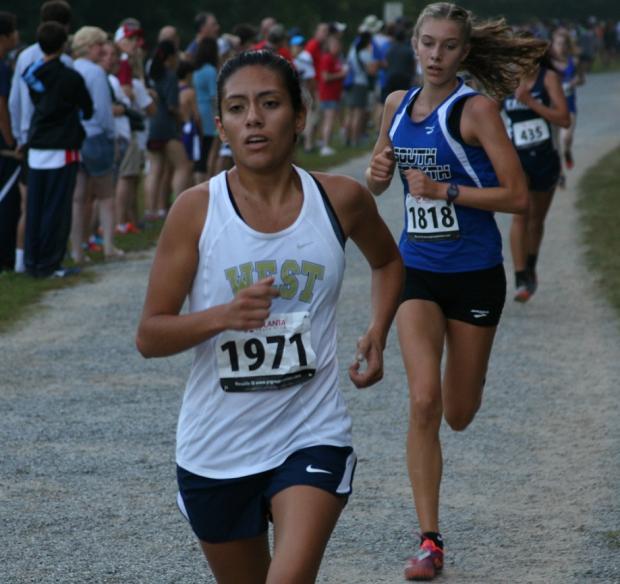 Liz Galarza of West Forsyth, led most of the VG race, but held on for 2nd Overall posting a 17:57 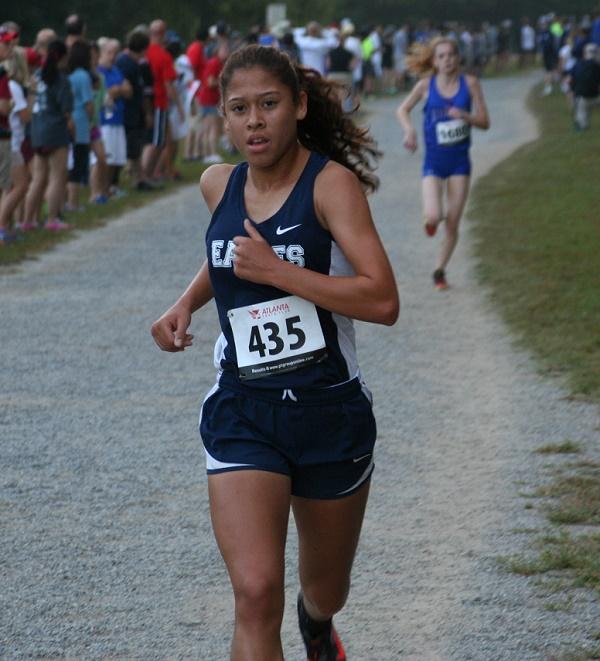 Sue Ann Morales got to test herself against the Big Girls, placing 3rd Overall in 18:14. 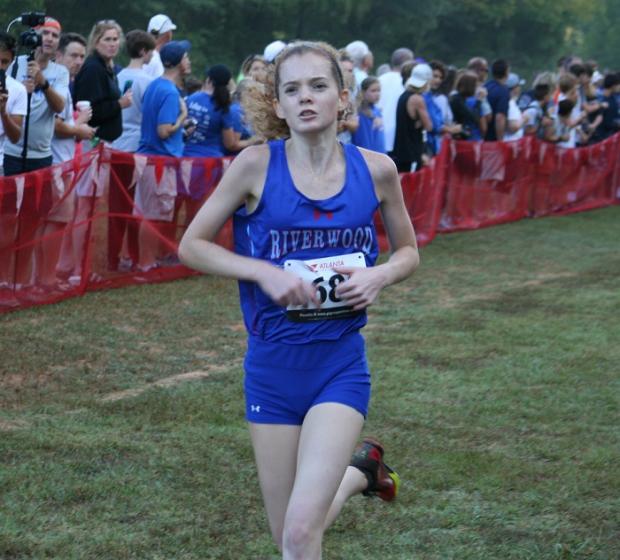 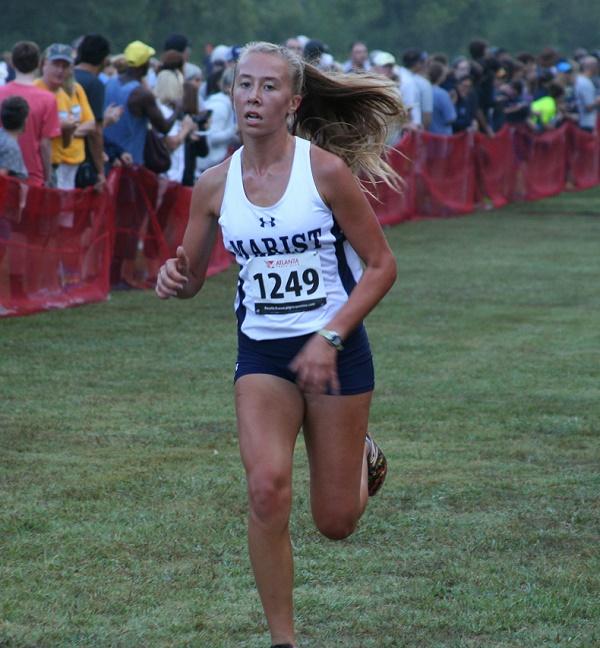 Josie Wirtz once gain led the Marist effort to 2nd as a team placing 5th in 18:56. 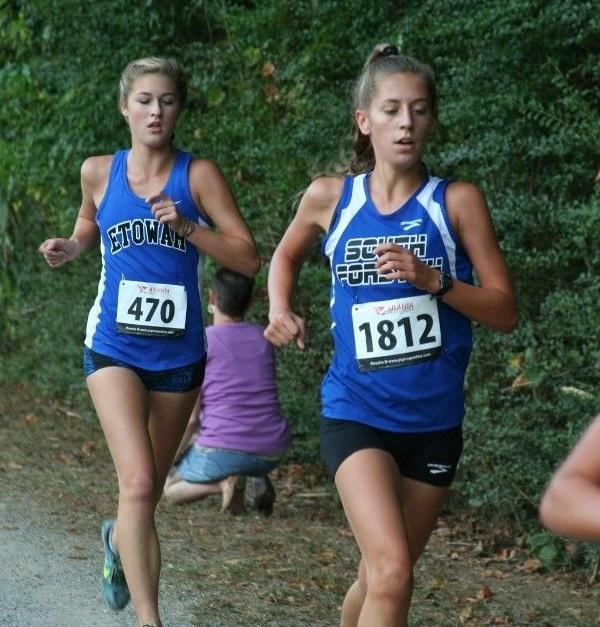 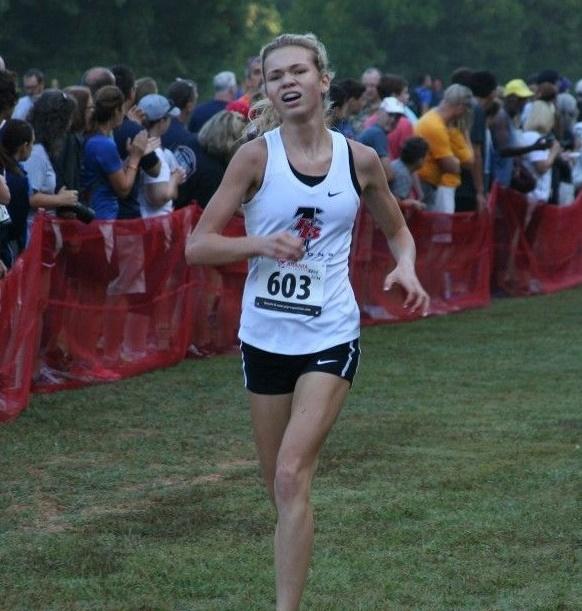 Erika Plummer led The Branch to a tight 4th place team finish which could move the Falcons up the Rankings ladder this week. 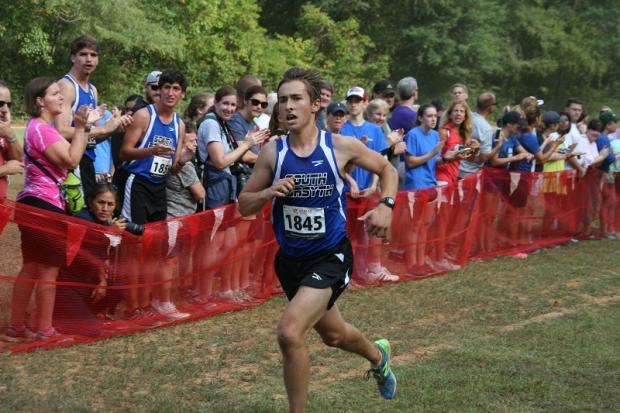 Andre Dubois of South Forsyth is cheered on to the JV Boys win at 17:31. South also won the team race over Marist 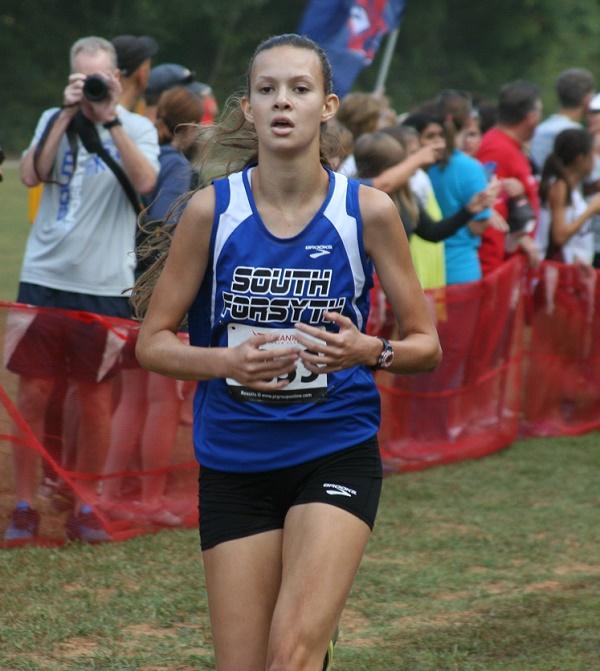 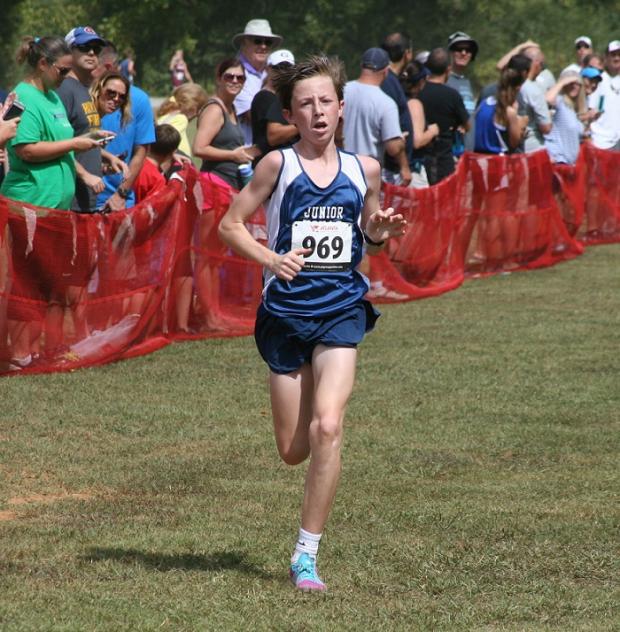 Sully Shelton was a 'Junior Hoya' this weekend, as he crusied to the MS Boys win at 10:46, but Great Strides took the team title. 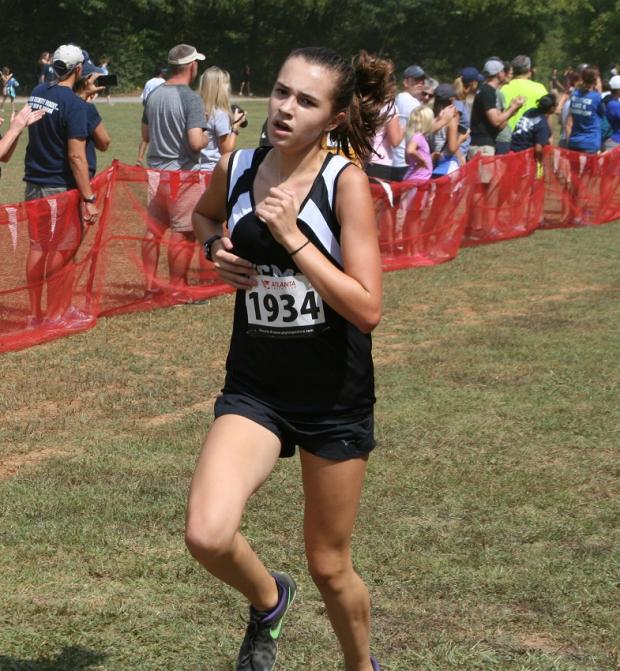 Katelyn McLean from Vickery Creek MS held on to win the MS Girls Individual race in 11:54. Great Strides made it a sweep of the MS team titles.