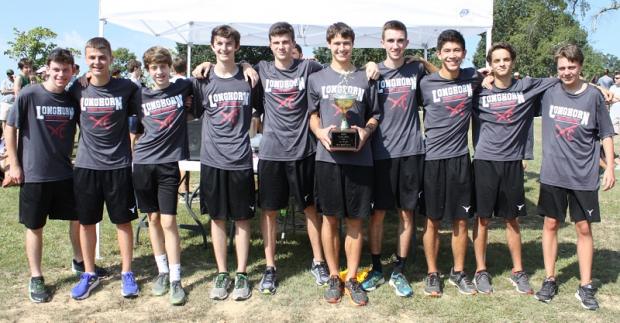 Lambert Boys are the Team Champs (photo by Chris D'Aquin) 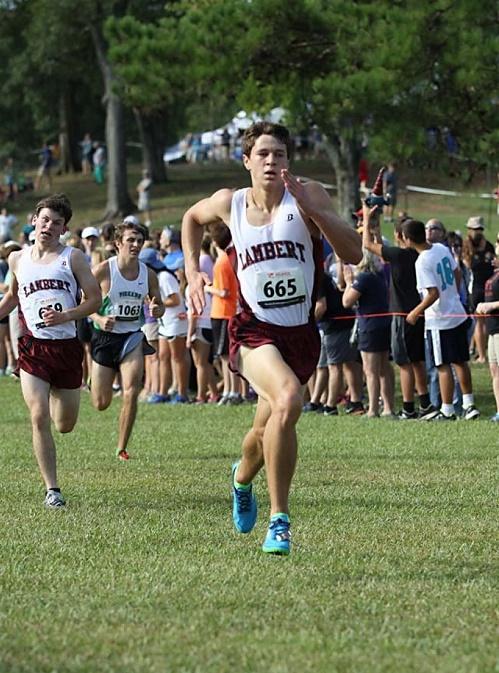 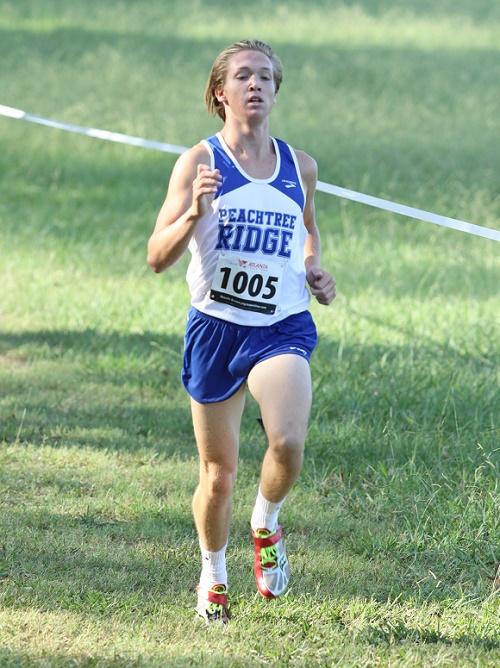 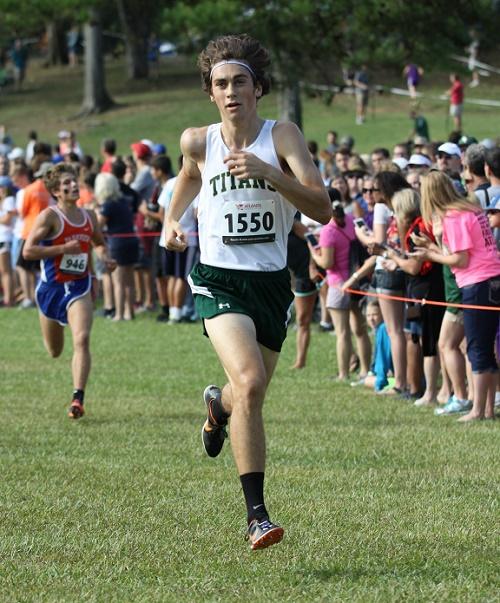 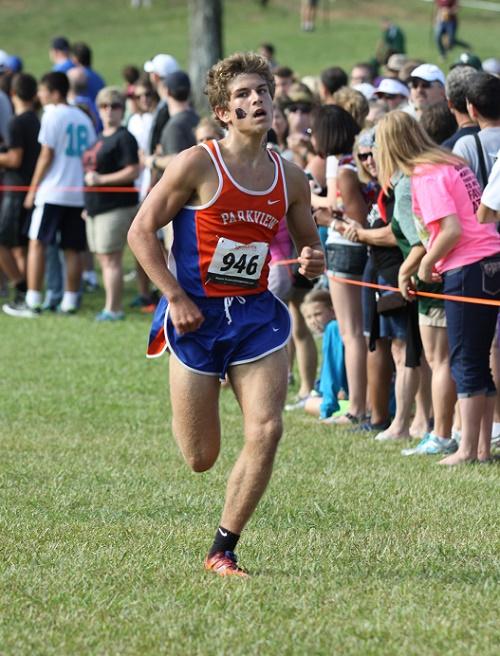 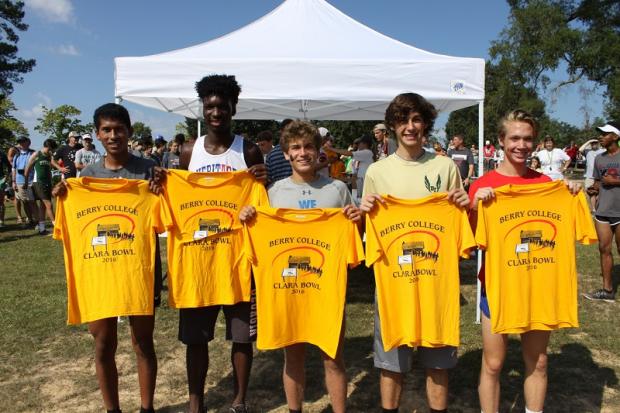 The Top 5 Varsity Boys at Berry (photo by Chris D'Aquin) 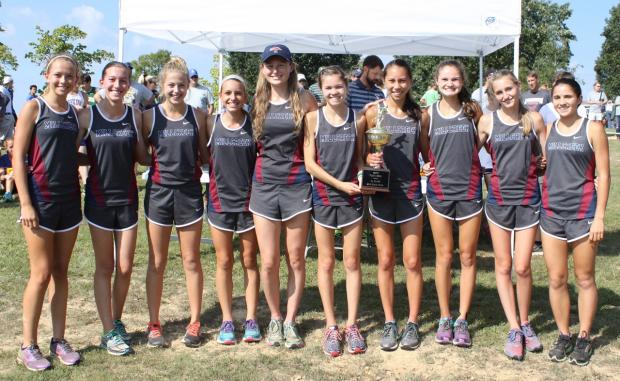 It was a very tight team race that was determined by Mill Creek's #5 (soph Hannah Olive) who bettered her counterpart from Ravenwood by 9 positions, just putting Mill Creek over the hump for a 1 point margin of victory. Leading the Hawks' with top 10 finishes were: Camryn Petit taking 5th in 19:08 and Sara Scales 7th at 19:14. Putting on an impressive display for Ravenwood (a top Tennessee team) was Junior Annika Sleenhof, who ran away from a tough field turning in a 17:49. 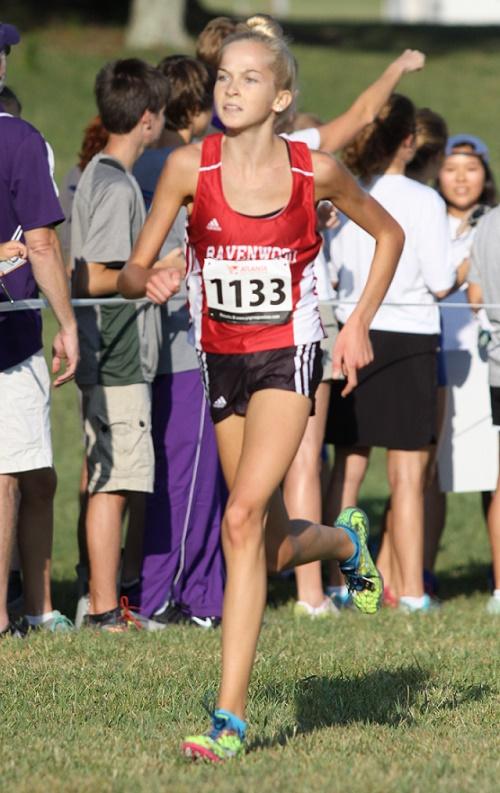 Annika VonSlef of Ravenwood scorched the course for the Girls Individual title. (photo by Chris D'Aquin)

Serena Tripodi led Lovett to a 3rd place team finish (despite the abscense of Haley Hooper, who will be back later in the season) Tripodi took overall runnerup honors behind Sleenhof with a solid time of 18:37. Victoria Simmons of Siegel HS took 3rd place in 18:46, followed by Peachtree Ridge's Mary Katherine Knott in 4th at 19:05  Creekview came in 4th (3rd Ga squad) in the team standings led by frosh Nyah Hernadez (16th- 19:43) and Anna Hyde back in 26th at 20:18. 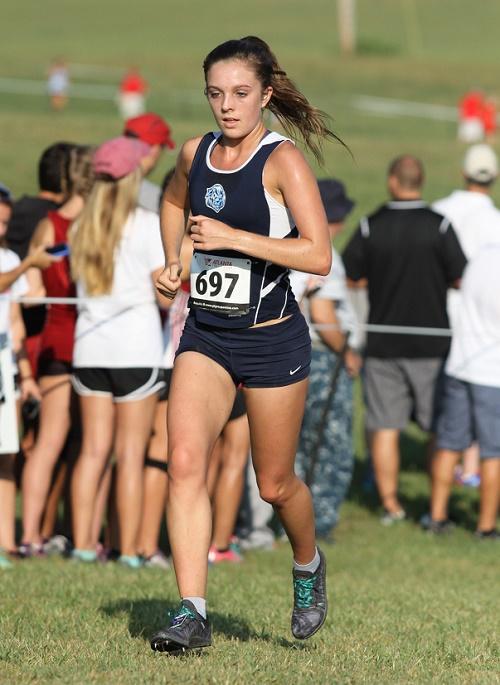 Serena Tripodi looks to be in top form again as she placed 2nd. (photo by Chris D'Aquin) 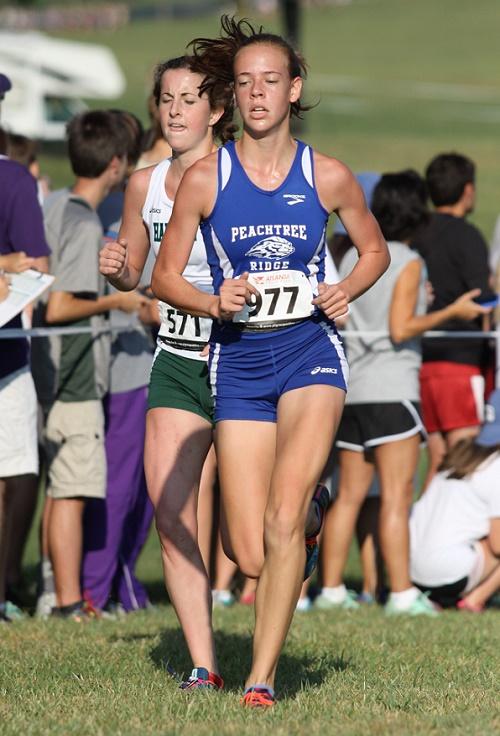 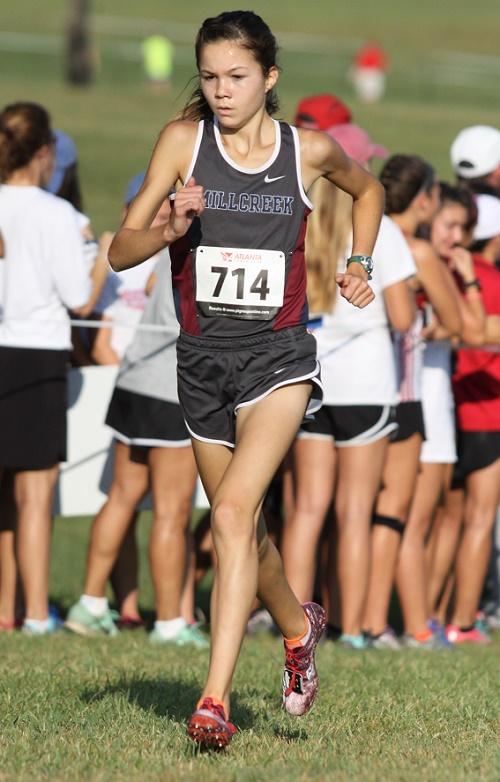 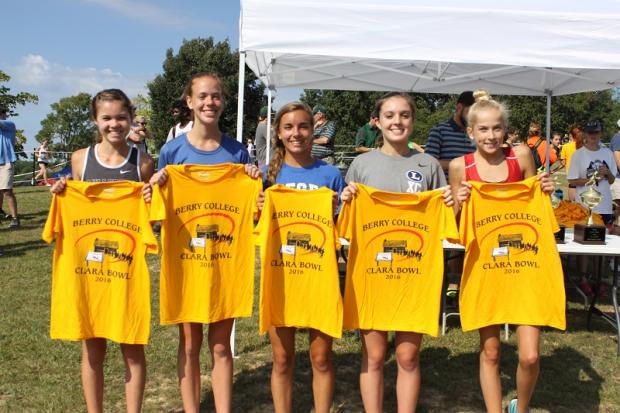