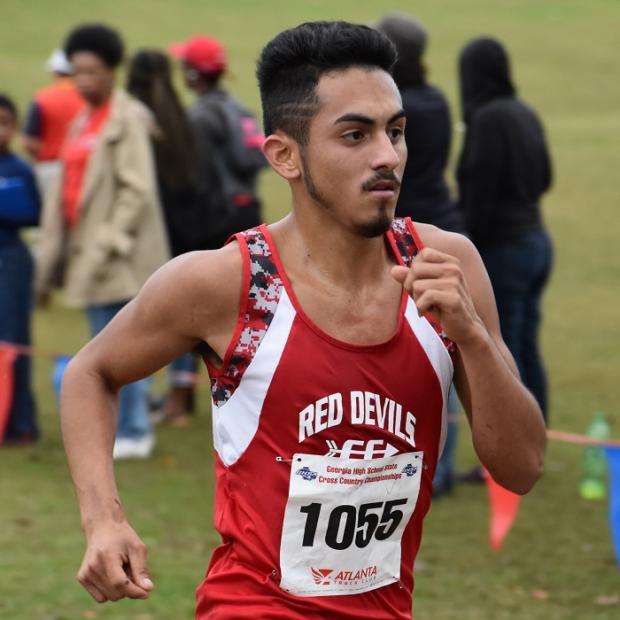 A Public- Blake Bergeron from Telfair County, took the lead early in this unpredictable race. It quickly became a 2 man race after 2 laps as the field was wildly strung out between Bargeron and Adan Martinez from Hawkinsville who was in close contact before the 1/2 way point. Martinez tested Bargeron briefly on lap 5, but the order stayed intact. However, on lap 6 Martinez ducked inside taking a 15m lead into lap 7. Bargeron attempted to close, but Martinez hit the gas moving back into a comfortable lead and held it until finishing at 10:48.56 with Bargeron at 2nd in 10:50 and Henry Cox of Drew Charter taking Bronze at 11:14.