(all photos and captions by Daniel McCauley) 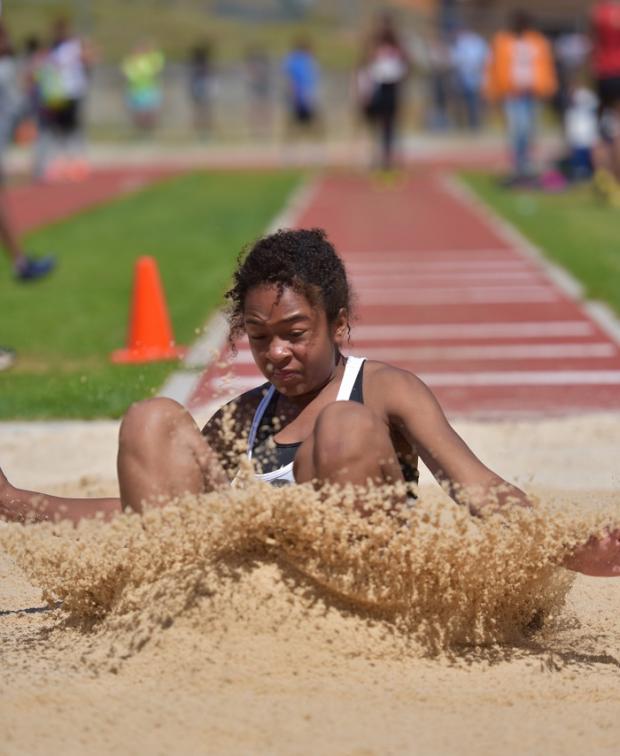 Day 2 got underway with 64 Girls competing in 4 Flights of the Long Jump. 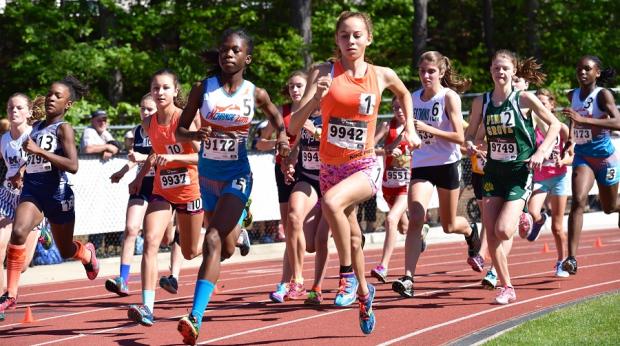 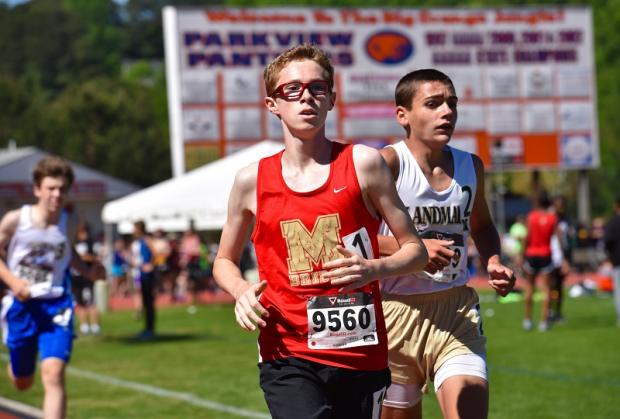 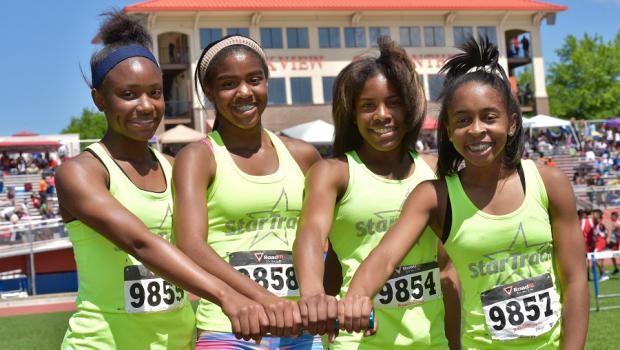 Star Track TC earned Gold in the 4x100 Relay with their impressive time of 48.69! 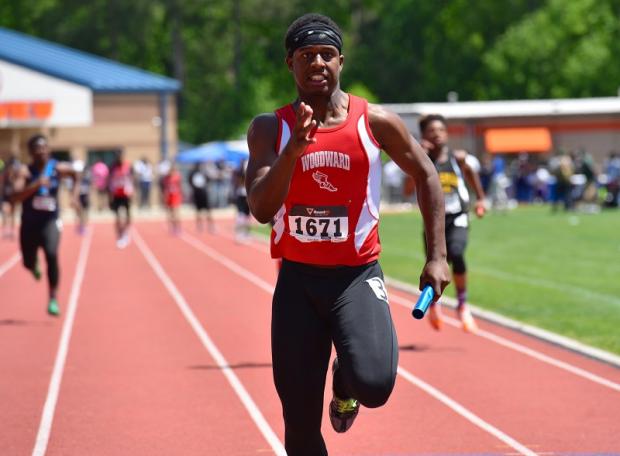 Woodward Academy muscled to a decisive win the 4x100 Relay with their fantastic time of 44.45 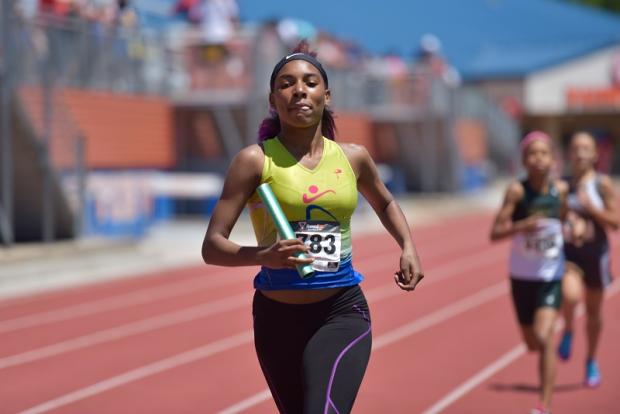 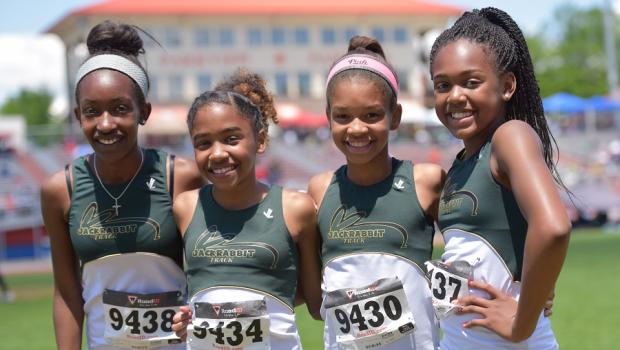 Jackrabbit Running Club worked well together, posting a great time of 10:22.68 to earn Gold in the 4x800 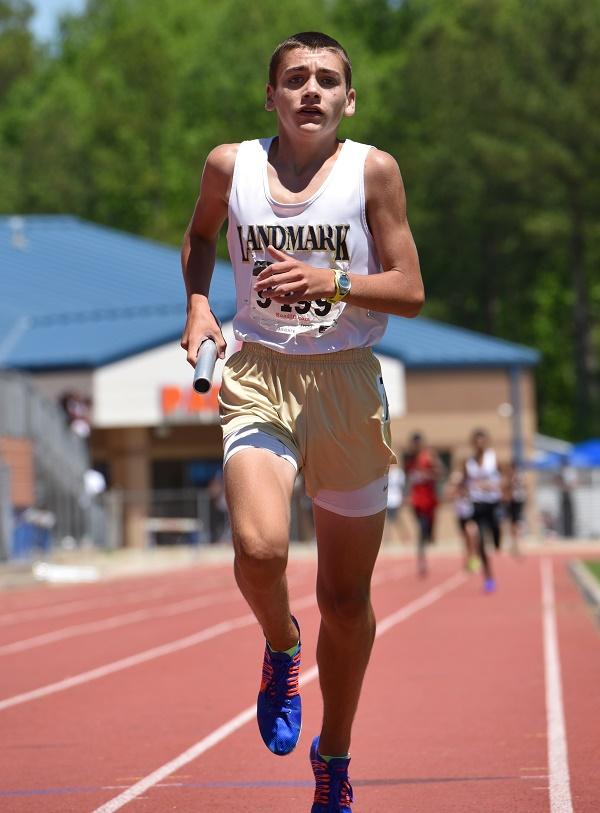 Zack Truitt launched a massive attack while anchoring the 4x800 - reportedly a 2:08 split - taking Landmark from 4th to 1st 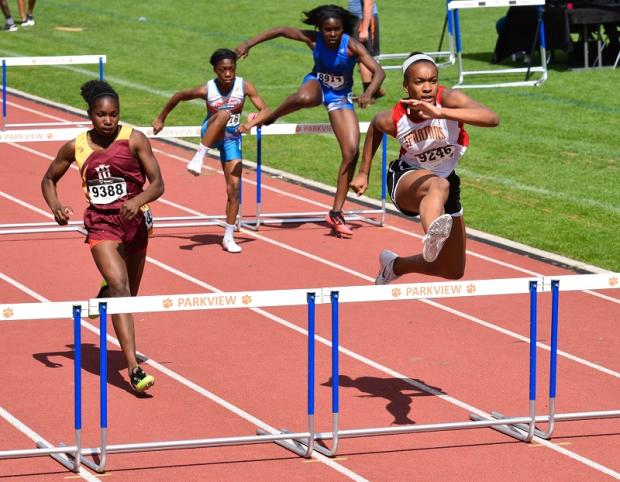 State Record!  Jasmine Jones of Greater Atlanta Christian used her perfect form to earn Gold in the 100m Hurdles with her time of 14.14! 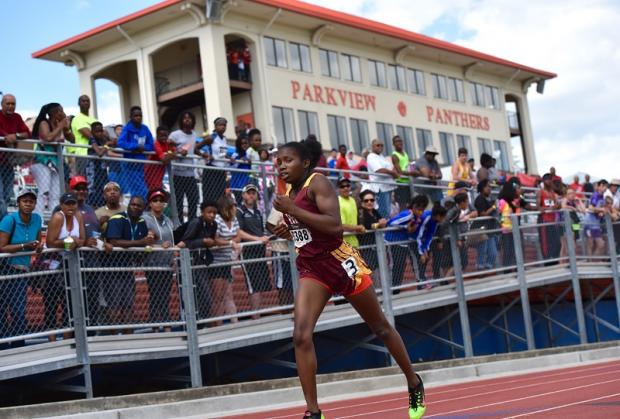 Ashton Lindley of Holy Innocents earned Gold in the 400m Dash with her time of 56.55 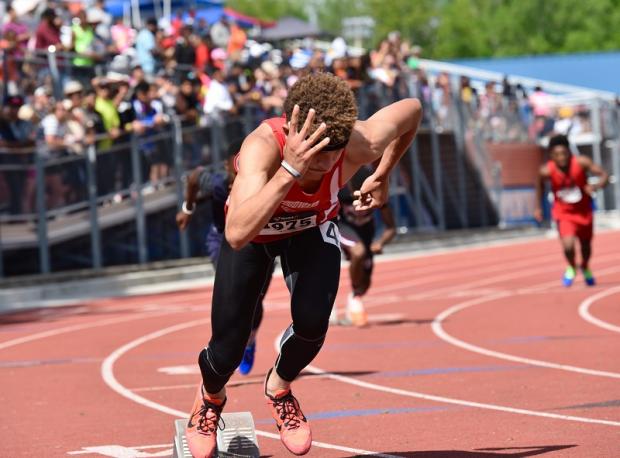 Hunter Sellers of Woodward Academy posted the 2nd fastest qualifying time in the 400m Dash - However... 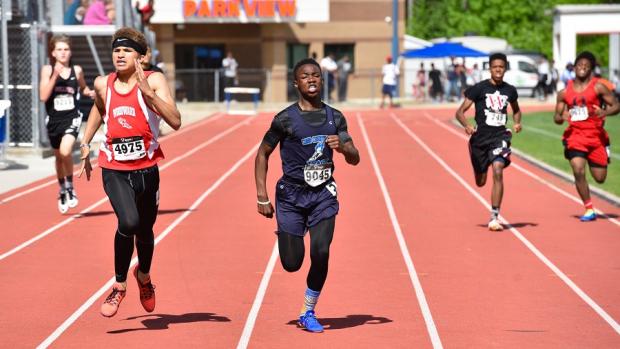 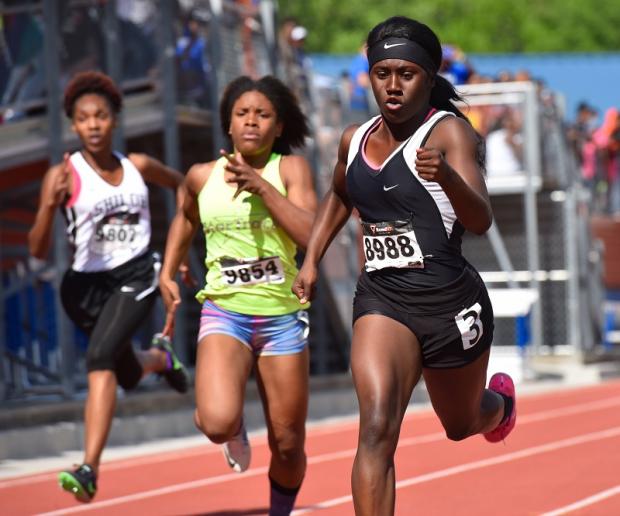 Lashanti Williams (3) of Carrollton powered to the 100m Dash win with her time of 12.08 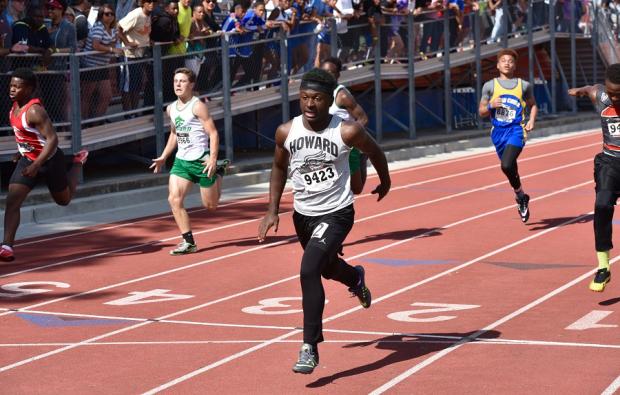 From Heat 1, Jeremiah Kelly of Howard Middle School took the 100m Dash win in an upset with his time of 11.47! 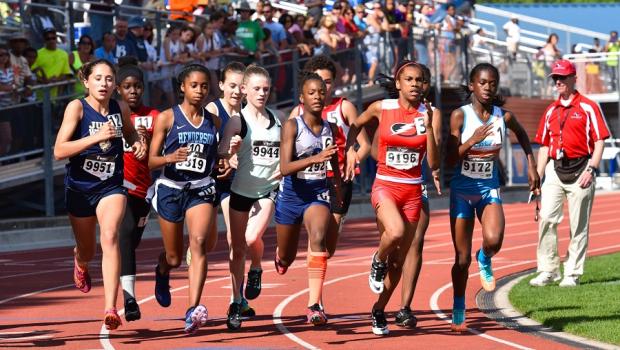 Section 5 of the Girls 800m Run featured the fastest in Georgia, including Morgan Manley (3) and Alexia Allen (1) 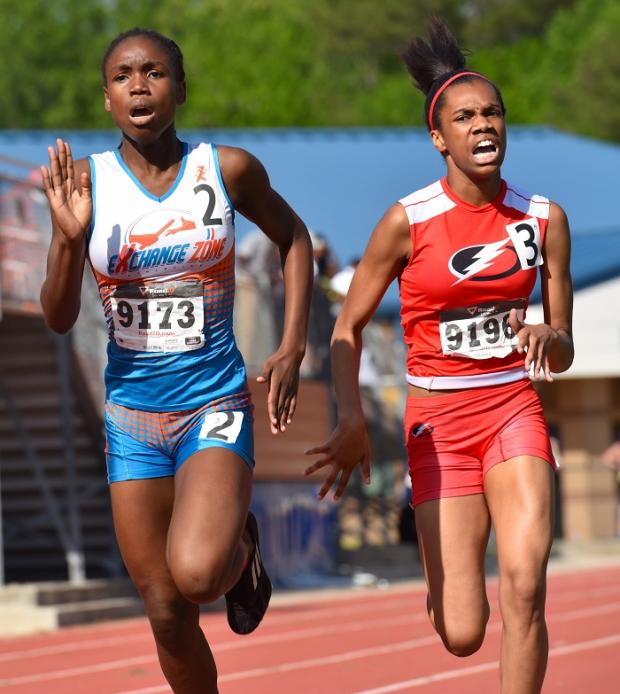 Royal Daley of Exchange Zone out sprinted Morgan Manley of Flash Athletics for the win in the 800m Run. 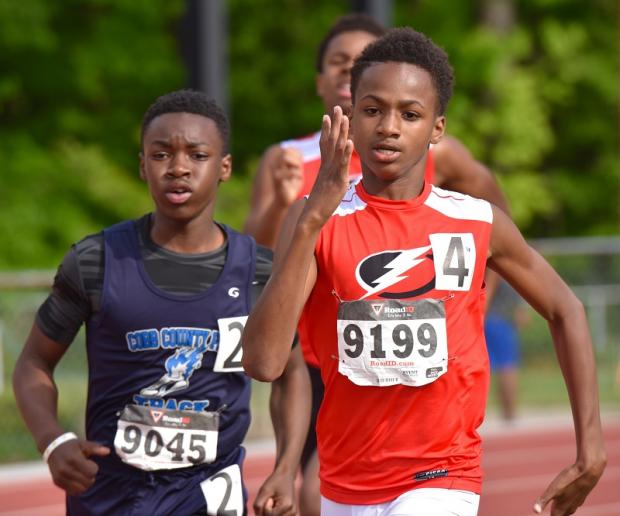 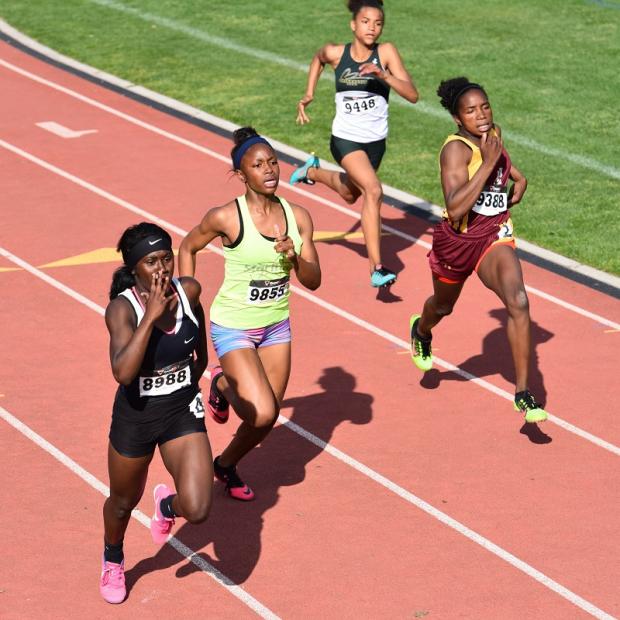 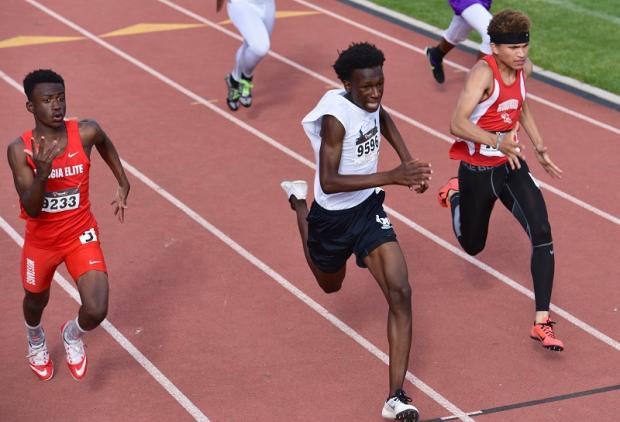 Jevan Terry (9596) of Marietta took Gold over Hunter Sellers of Woodward and Jordan Barrow of Georgia Elite in the MS Boys 200m Finals. 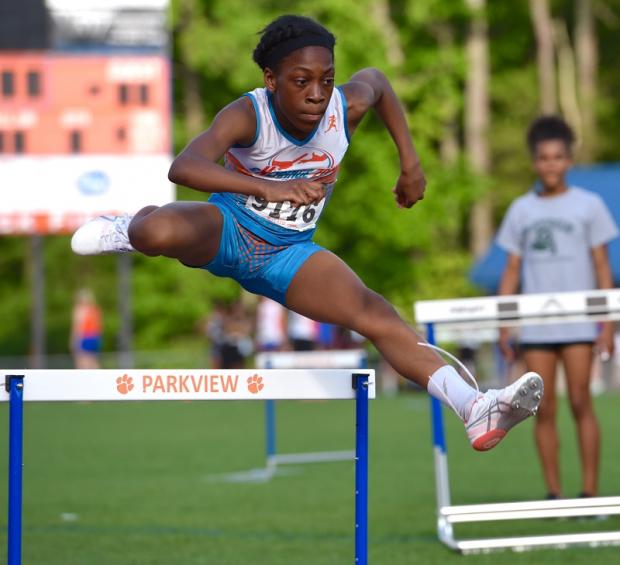 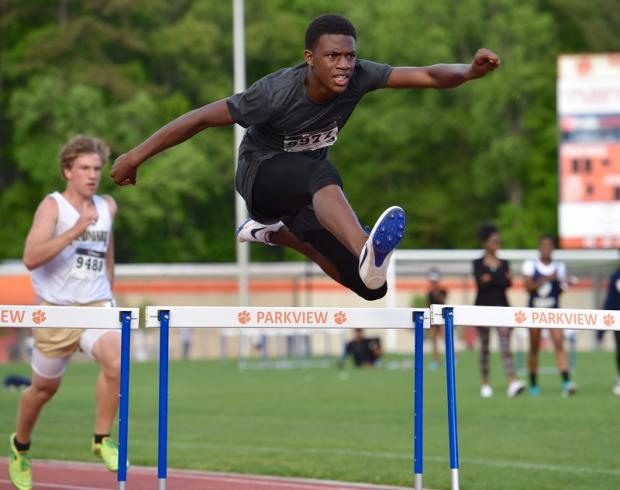 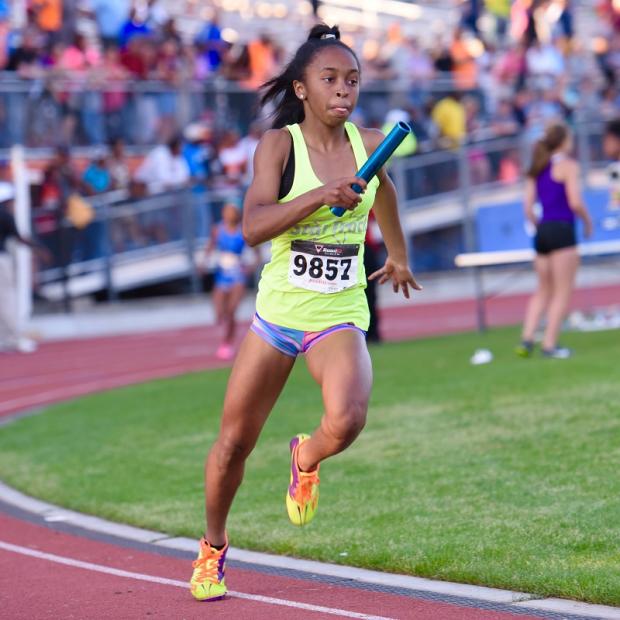 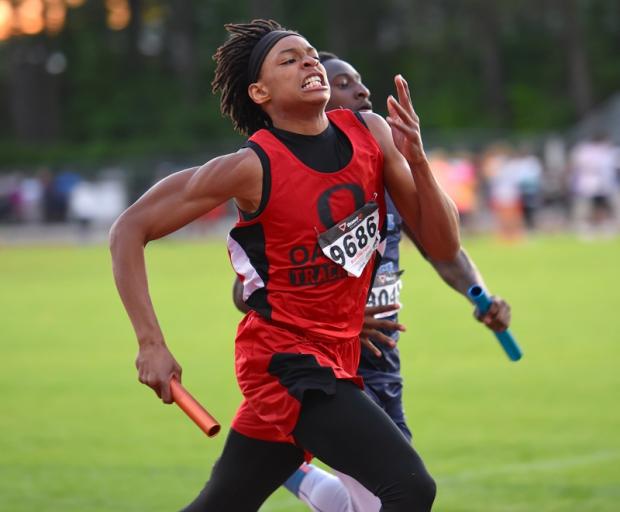 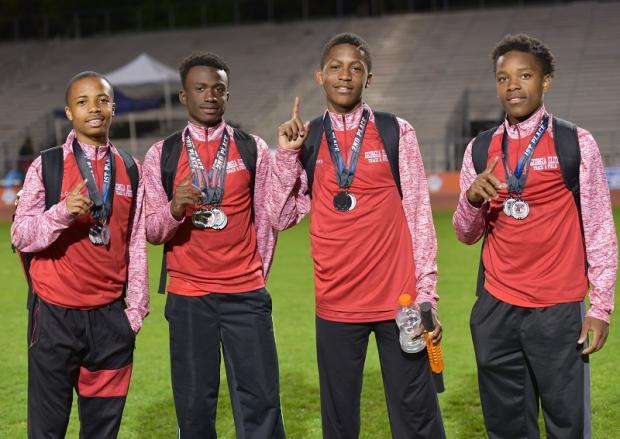