(All photos and captions by Daniel McCauley) 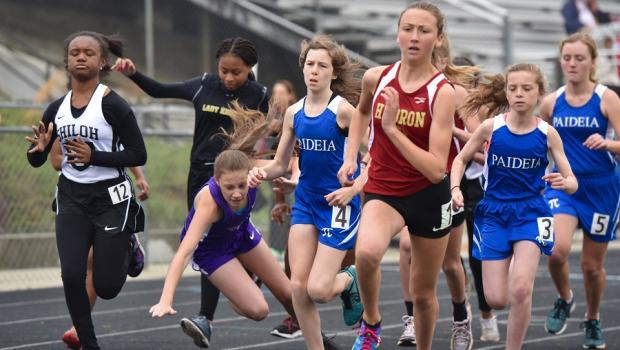 McKenna Taylor #1 of Hebron jumped to the lead in a chaotic start of the Girls 3200m. Renee Culberson of Indian Creek picked herself up and moved from last to finish 7th with a courageous PR. 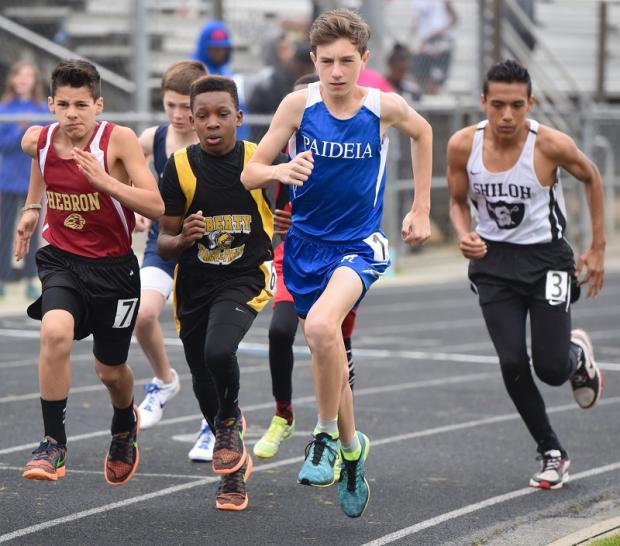 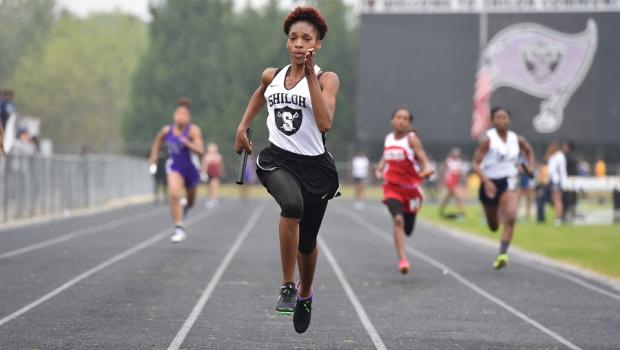 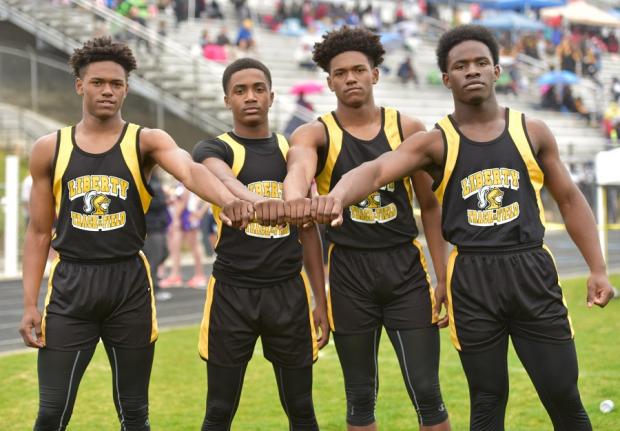 Liberty 'A' 4x100 Relay Team posted an impressive time of 45.24 to take the win over Marietta, Hilsman, and Liberty 'B'. 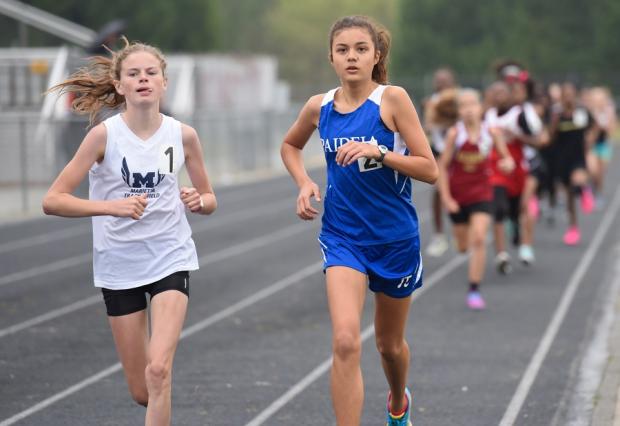 Hatti Rydinski of Marietta and Sophia Figueroa of Paideia swapped the lead with Hatti ultimately taking the Gold in 2:36.69 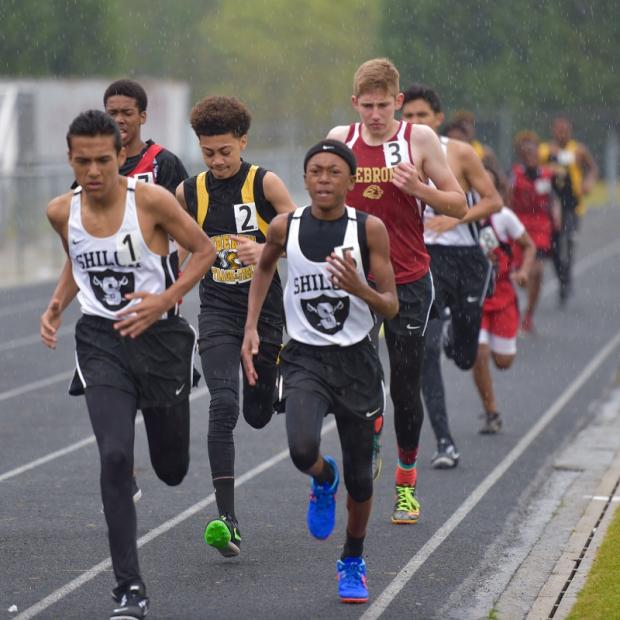 Amin Yasin #2 of Liberty ran a tactical race with the Shiloh duo of Joshua Castaneda #1 and Demarian Murray #5 - FTW in 2:21.66 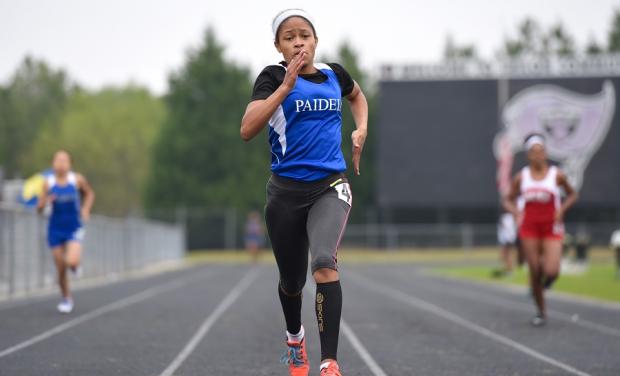 Camryn Bourne of Paideia warmed up for the 200m & Sprint Medley Relay by winning the 400m. 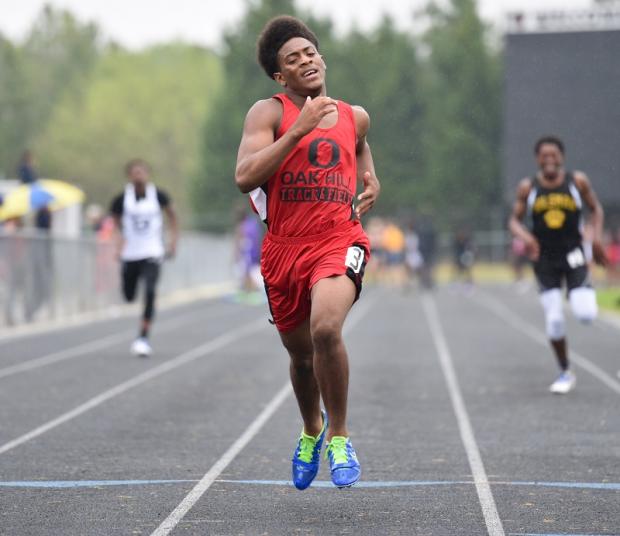 Donovan Hill of Oak Hill ran a terrific time of 54.51 for the win and a PR. 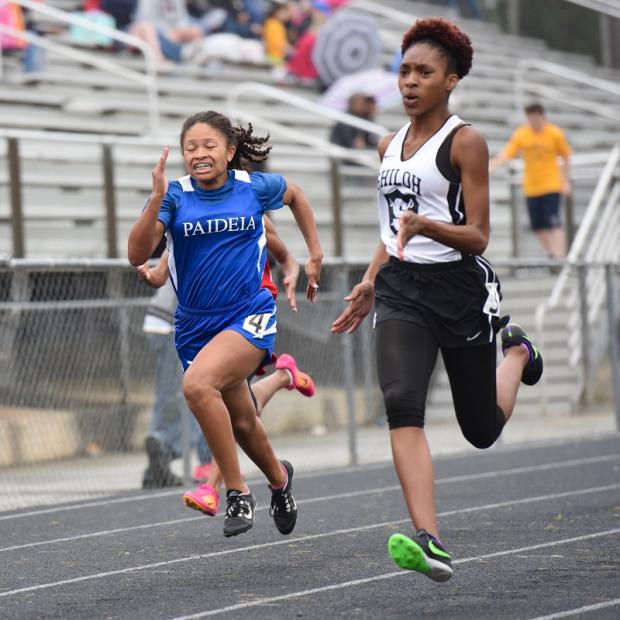 Jazmine Hobson of the Shiloh Generals battled with Jordyn Bourne of Paideia for the Gold medal in the 100m Dash. 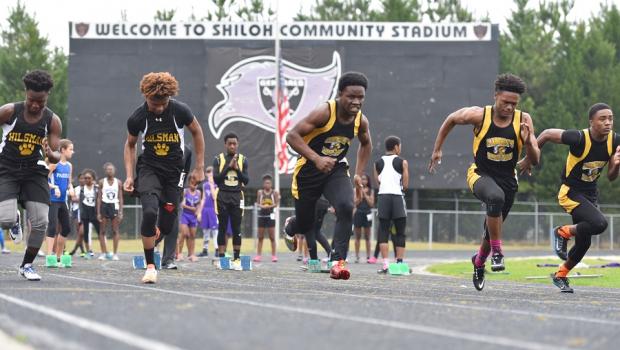 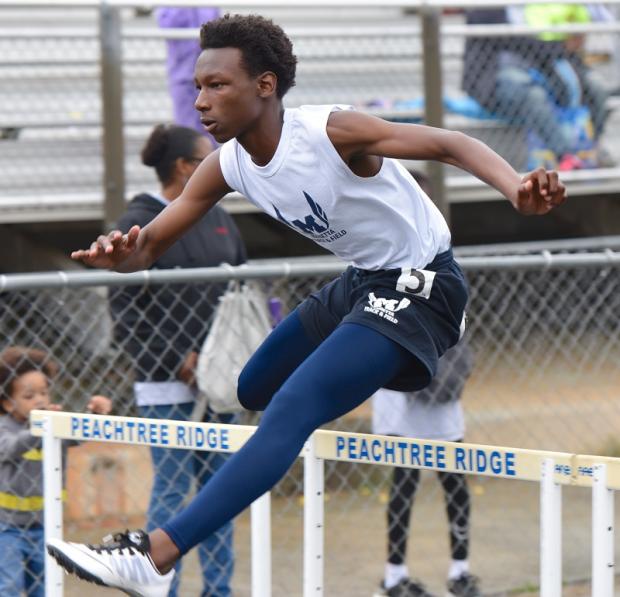 Jevan Terry of Marietta ran decisively for the win in the 100m Hurdles. 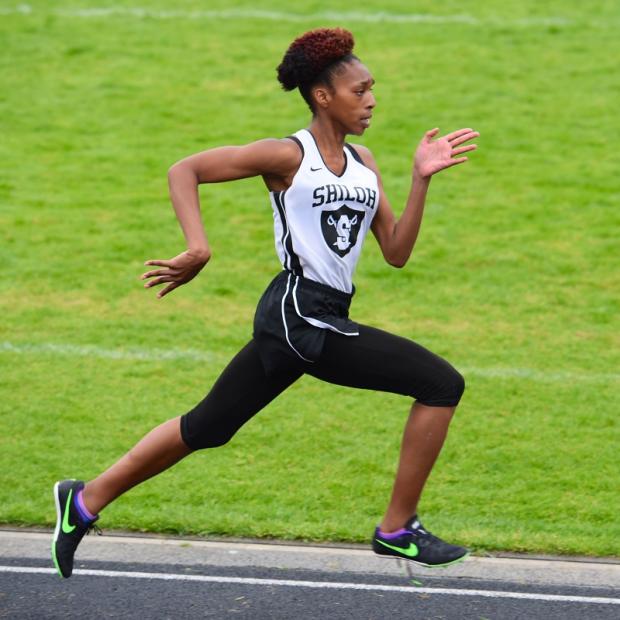 Jazmine Hobson of the Shiloh Generals added the 200m Gold to her growing collection. 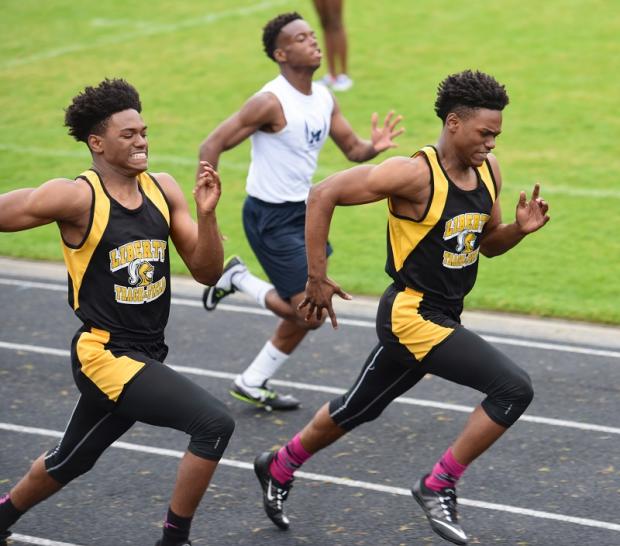 The Robinson brothers, Andrae (lane 3) and Adrian (lane 4) of Liberty battled with Frank Evboifo of Marietta in the 200m Dash. 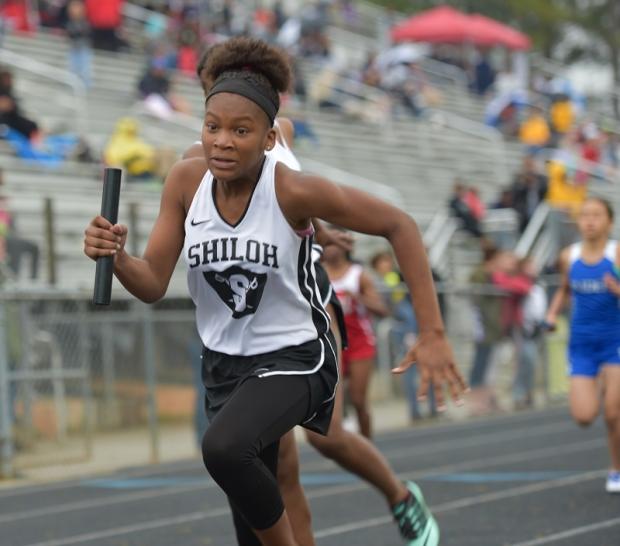 The Shiloh Generals showed their strength in the Girls 800 Sprint Medley earning Gold. 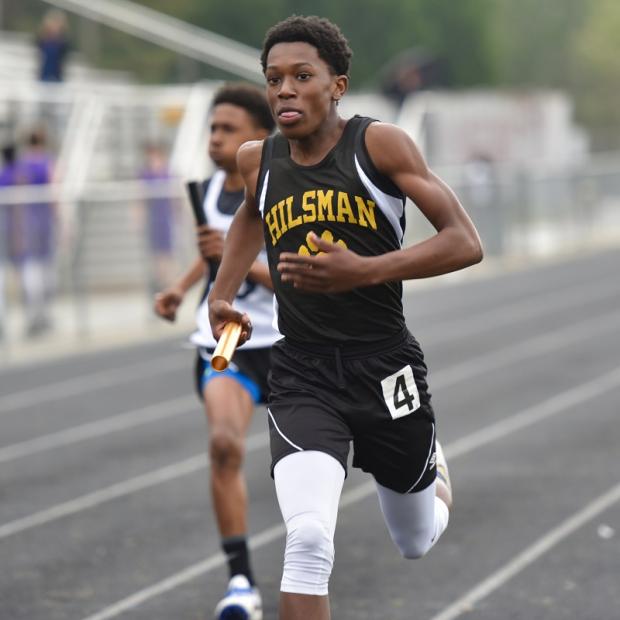 Hilsman had a terrific race with Shiloh in the Boys 800 Sprint Medley Relay, with Hilsman winning in 1:48.17 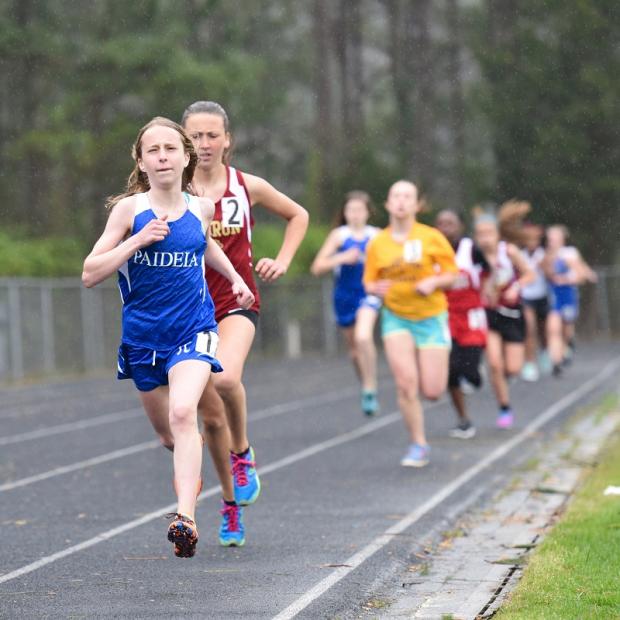 Jordan Walter of Paideia led McKenna Taylor #2 of Hebron and the pack of 1600m runners through the rain. 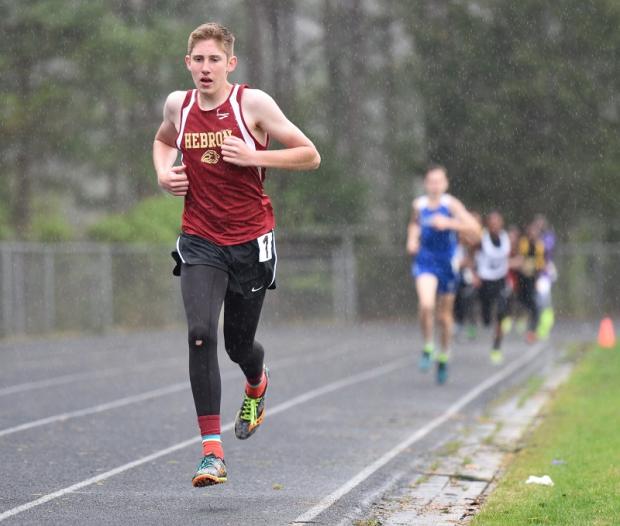 Blake Fugel of Hebron Christian started quickly and grabbed an early lead on Elijah McCauley of Paideia in the 1600m. 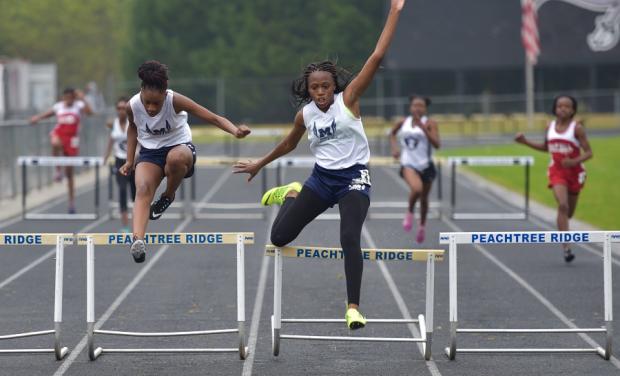 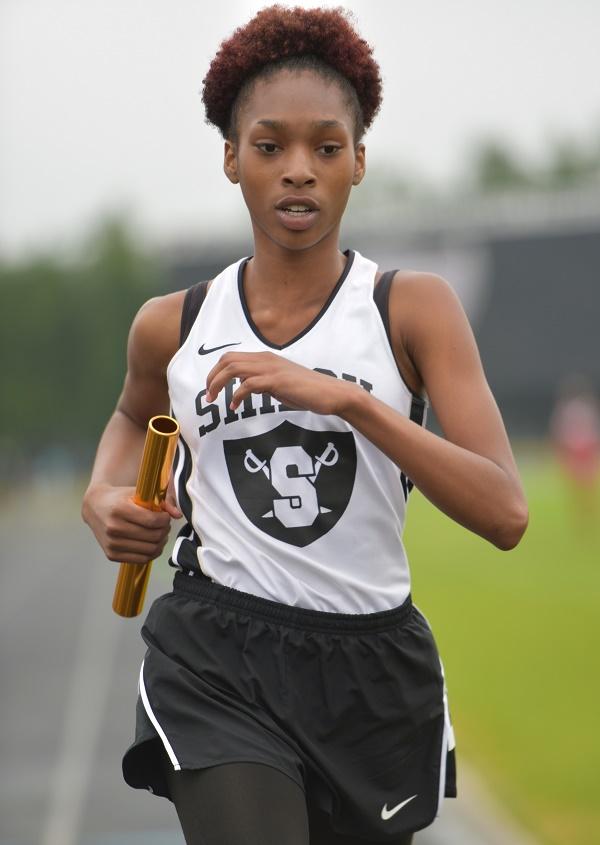 The Shiloh Generals earned Gold in the 4x400 Relay and locked up the overall win. 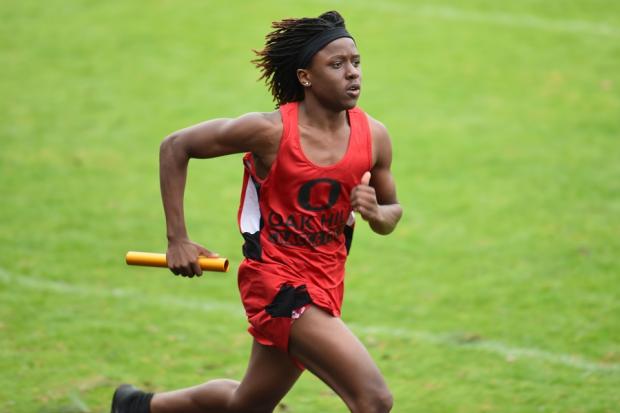 Oak Hill won The Battle of the 4x400 Relay over Marietta, Shiloh, and Liberty - The War was won by Liberty. 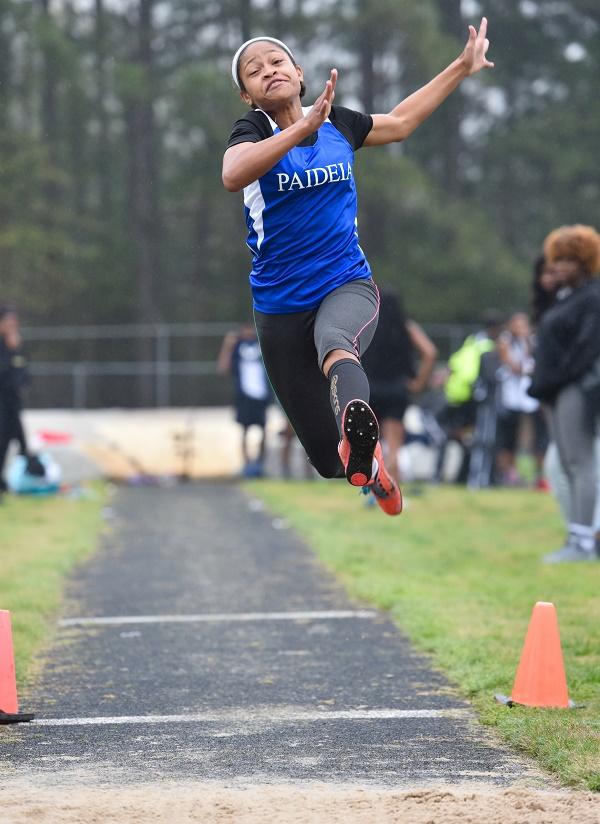 Camryn Bourne of Paideia takes flight in the Long Jump with her best jump to date of 15-05.00 for Gold. 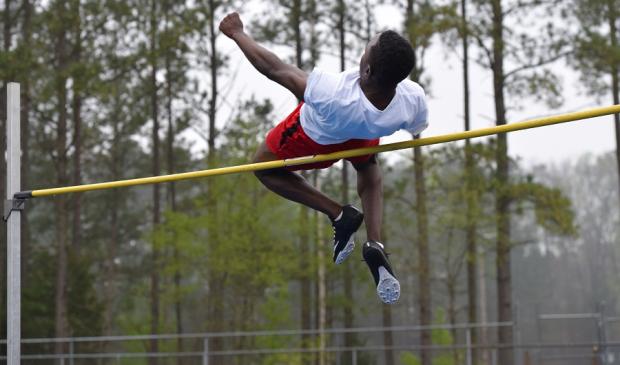 Jaquavius Dumas of Oak Hill earned Gold with his High Jump of 5-08.00

Liberty Boys are the Champions of the Shiloh Generals Middle School Invitational, posting a massive score of 171.50 points. 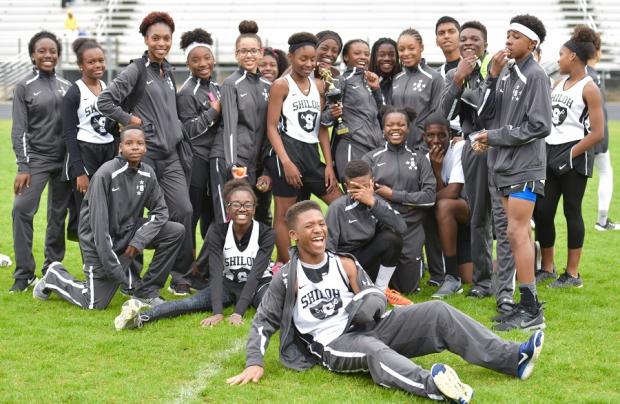 Shiloh Generals Ladies earned the Championship trophy posting a team score of 132 points. Thanks to Shiloh Coach Patrick Reifsteck on a terrific Invitational!
Tweets by GAMilesplit