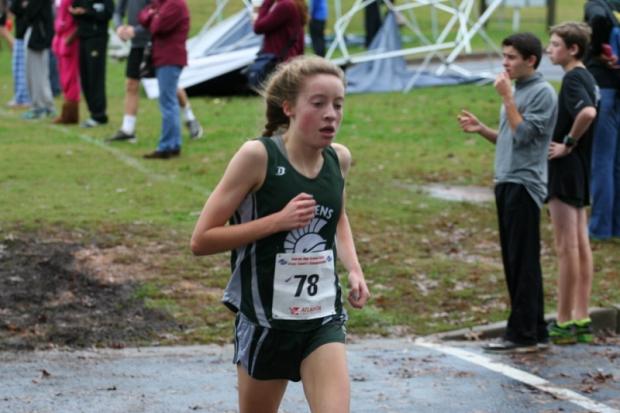 Anna Marian Block had the Best Performance of the Day on the 'Separation Slope' course.

It was a fast race upfront for 1A Girls as Fellowship Christian's Emma Grace Hurley sprinted out to an early lead. Anna Marian Block of Athens Academy bided her time, picked out just where she wanted to move, and made up a lot of ground in a short amount of time. Block steadily overtook Hurley and ran away with the Overall, clocking a solid 19:09 (best time of the day with 'Separation Slope' open). Helen Williams made her move later, moving into 2nd and crossing the mats as runnerup at 19:24. Hurley hung tough for 3rd place, posting a 19:42. 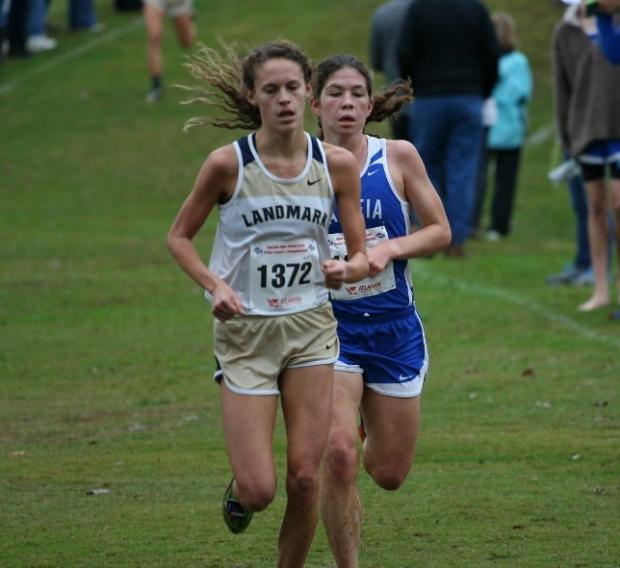 Nicole Fegans led Landmark Christian to another A Private State title. Sophia West of Paideia is on hot in pursuit.

Landmark Christian was sound, easily winning the team title and scoring only 40 points led by Jr Nicole Fegans and her 4th place finish of 19:51. Kathryn Foreman closed out her GHSA XC career in 6th Overall with a 20:16. Mary Kellison Thorn had a solid race, crossing in 7th place for the Eagles and posting a 20:39, just outleaning Sarah Foreman, a stride back in 20:40. In the mix with the flock of War Eagle's was Paideia's soph Sophia West who bested both Foreman's for the first time in a HS XC race and who placed a very solid 5th Overall in 19:54. 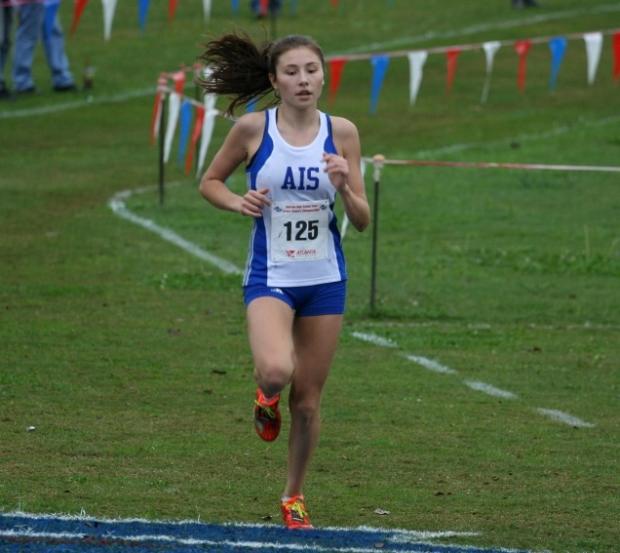 Athens Academy, as mentioned in the preview, had a great shot at being the #2 Podium squad, and the Lady Spartans did take that prize home with them, led by winner Block and Emily Elder in 11th and Emily Ballard-Meyer in 15th. Hebron Christian was 6 points back, taking 3rd place and led by soph Amanda Jackson and her 12th place finish at 21:45. Atlanta International caught the last train to the Podium, led by Williams and her 2nd overall and having their 2-5 runners post a Split of 1:00. The last 2 All-State team members were comprised of Emily Swanigan of Providence Christian, 9th (20:51), and Mattie Harris from Calvary Day, 10th (21:23). 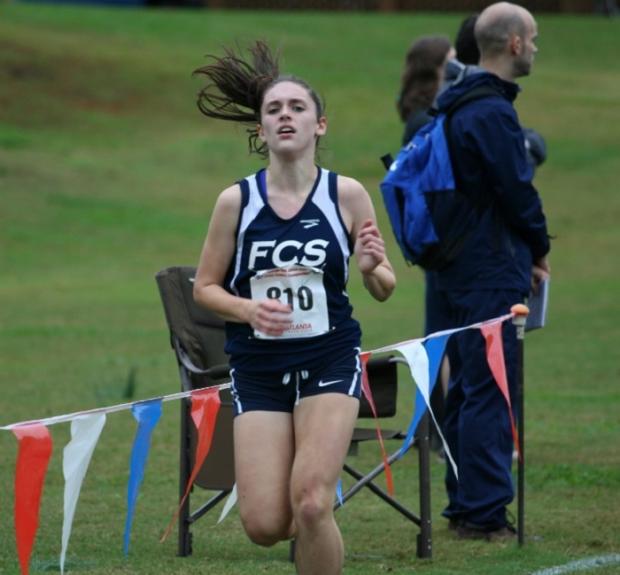