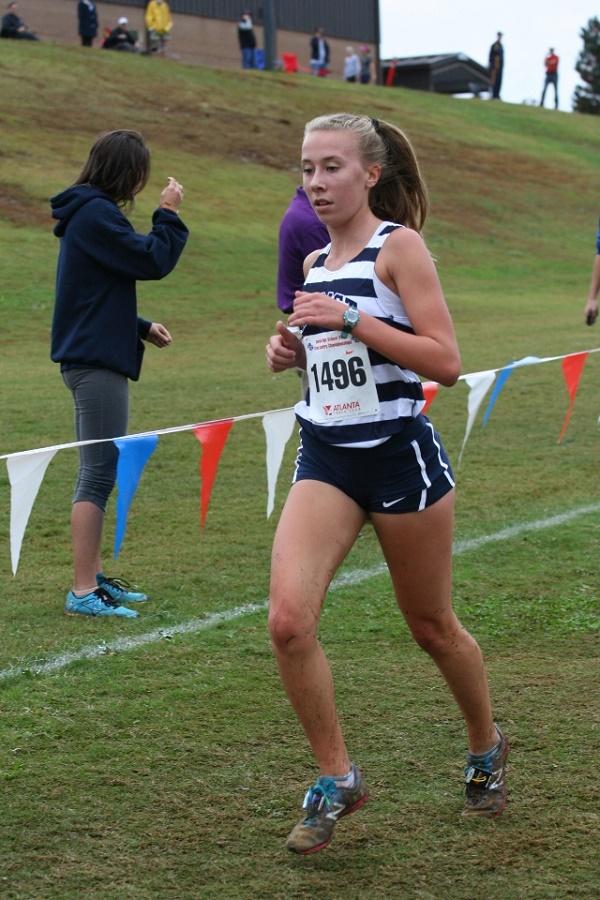 The course began to deteriorate quickly after the intense 4A Boys race and was more difficult for each race as the day wore on. It's a long standing tradition of excellence, and it comes as no surprise that the Marist girls flattened the field, scoring 37 points for another well earned AAAA team title and placing 4 girls on the All-State squad. Soph Josie Wirtz led the War Eagles this Fall, taking Overall Runnerup honors in 21:12, followed by teammates Myriam Alvarez in 6th (21:31), Kendall Nelson, 7th (21:38), and Kiki Popescu, 10th (21:48). 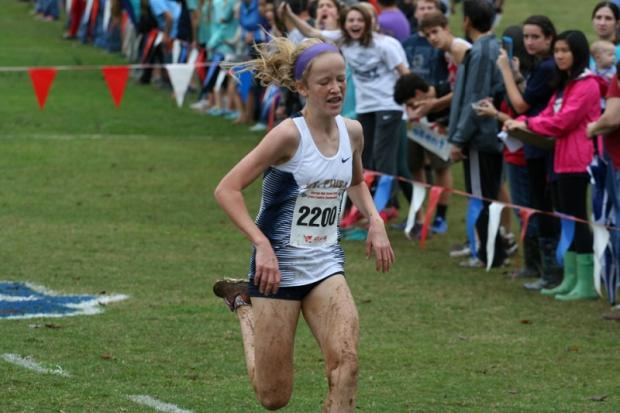 St. Pius X left with some hefty hardware, racing to 2nd as a team. While in command of the race, Jenna Gearing from White County broke her tibia approximately 60-75 meters from the finish line, which was heartbreaking. Frosh Ellie Glenn was in second place at the time, coming down the final hill, when this tragic injury occurred to the leader and allowed Glenn to inherit the win. Glenn ended with a solid time of 21:00 winning the Overall title. Chipping in at 11th was Katie Glenn, at 21:50. Best of luck to Jenna in her recovery. 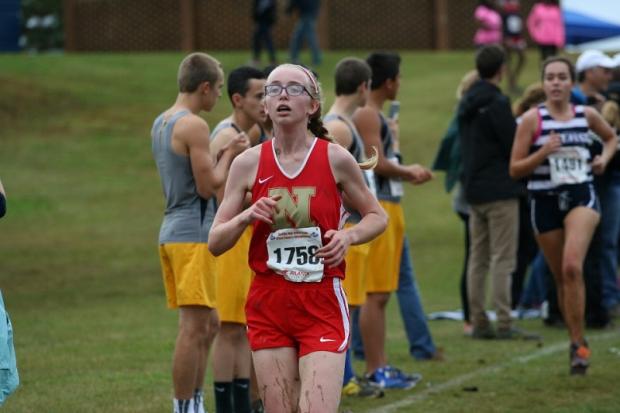 North Oconee had perhaps their best squad in school history, holding tightly to 3rd as a team and besting a fiesty Grady squad by 2 points. Leading the Titans was Mackenzie Morse as she placed 8th Overall in 21:53. The ladies of Grady overperformed taking the final Podium spot, paced by Sr Grace Griffith and her 3rd place finish of 21:18. Rounding out the top 10 were frosh Jaelen Alexander from White County, 4th (21:26), Madison Allie from Locust Grove, 5th (21:28) and, from Chamblee, Beining Xiao, 10th (21:48)