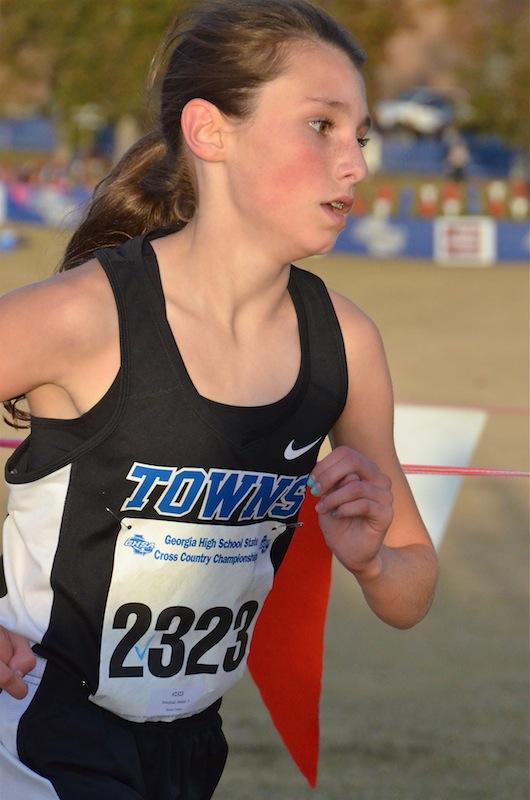 A Public Girls will also get their due Saturday at the GHSA State Championships. We can finally look at some team projections and Individual 'outlooks', though we have been recognizing A Public 'Runners of the Week' including 'Region 'ROWS' published earlier today.

Finally, at least 2 Public Area meets compiled results and submitted them to Ga.MileSplit. Its not like we don't want to give A Public any coverage. Its just that almost no meets submit any type of 'Official' results. Area 4 Public raced in Hawkinsville and Region 3-A down in Baxley. As far as I can deduce, only 4 schools from Area 3 competed at the Region 6-A Private meet, with Trion being the only Girls squad to score as a team. There are no 'Official' results from the Area 1 meet which is sad, as several Podium contenders are from this Area..

Commerce's girls edged defending State Champ Towns County at the Area 4 meet held in Hawkinsville (unfamiliar course) Trion's girls ran without any team competition at the 6-A course and posted a 24:50 team average, which gives them an opportunity to make the Podium. Looking at the Area 2 meet, all of these schools will have a long climb uphill Saturday to make the Podium. Atkinson County may be the sole team with a chance to make the top 4. From Area 1, 2 squads emerge as Podium contenders including Marion County and Baconton Charter.

Girls Individual- There are 4 Girls who have went sub 22:00 this Fall who will fight it out on a muddy, torn up course in the final races of the State meet. Alli Hay from Pataula Charter has been consistent this season having a nice pr at the Yellow Jacket Invitational of 21:19. Kate Massey of Commerce and defending Champ Hannah Whitehead had a 'mono o mono' at Area 4 being separated by a stride with both clocking a 21:36. Nichole Slocumb from Elite Scholars as has ran well this season, including a 21:51 at the Alexander-Asics Invitational, but she's not in the results that school is assigned to (6-A meet) After these 4, watch for: Savanna Landry and Jenna Chance from Trion, Taylor Cornett of Towns County and Arneshia Hardy from Telfair.