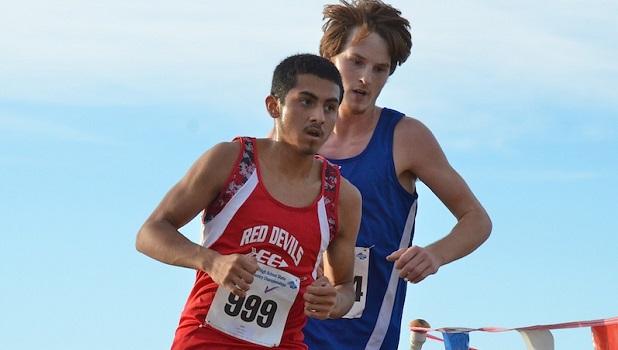 A Public Boys will get their due Saturday at the GHSA State Championships. We can finally look at some team projections and Individual 'outlooks', though we have been recognizing A Public 'Runners of the Week' including 'Region 'ROWS' published earlier today.

Finally, at least 2 Public Area meets compiled results and submitted them to Ga.MileSplit. Its not like we don't want to give A Public any coverage. Its just that almost no meets submit any type of 'Official' results. Area 4 Public raced in Hawkinsville and Region 3-A down in Baxley. As far as I can deduce, only 4 schools from Area 3 competed at the Region 6-A Private meet, with Trion being the only Girls squad to score as a team. There are no 'Official' results from the Area 1 meet which is sad, as several Podium contenders are from this Area..

Boys Team- This could be a very tight race to determine the Boys Team Champ. Drew Charter ran very well at the 6-A course coming out on top with a 19:14 team average. Trion has to be considered a Podium contender with a 20:48 avg. Georgia Military Prep School is a definite contender for the team title coming out of Area 4, with a team average of 19:49. The Cadets from GMAC also have competed against some tough A Private competition up at Athens Academy's testy course. Towns County, from close to Brasstown Bald Mountain should not be discounted for a Podium spot. Atkinson County and Montgomery County are the prime contenders out of Area 2, with Atkinson having a team average of 19:58 on a course that seems short or extremely flat, which will not be beneficial in preparation for the 'State Course'. Area 1 teams are a 'Wild Card' having no 'Official' results. Looking at the MileSplit 'database' generated team rankings which are based on athlete's fastest times, Baconton Charter and Hawkinsville are possible Podium contenders...

Boys Individual- Its difficult to gauge who the favorites are in this race, with little to no knowledge of the courses these young men pr'd on based on 'Official' results submitted to Ga.MileSplit, which does not include times added to 'Team Pages' by the head coach from a meet not submitting results. It seems Andres Abeja from the low lying swamps in Echols County (lived a few miles from there years back) may be the favorite coming in after a 18:13 at the Area 2 meet. Abeja may want to find some hills to do repeats on in the next 2 days...Tyler Grimsley from Towns County won the Area 4 meet last week posting a 19:02. Aaron Kirkland from GMAC was 2nd at Area 4 and has a pr of 18:41 at the Baldwin XC Run 2 weeks back. Other A Public harriers having went sub 19: this Fall are: Israel Sanchez of Montgomery County (19:52), Blake Bargeron from Telfair County (18:53), Henry Cox of Drew Charter (18:53) and Adan Martinez from Hawkinsville (18:55) Adan ran a 19:08 at the tough Bleckley course a couple weeks back which may swing things his way. Jay Acker from Commerce was a rising Star at Athens Christian in 2014 and could be a factor.