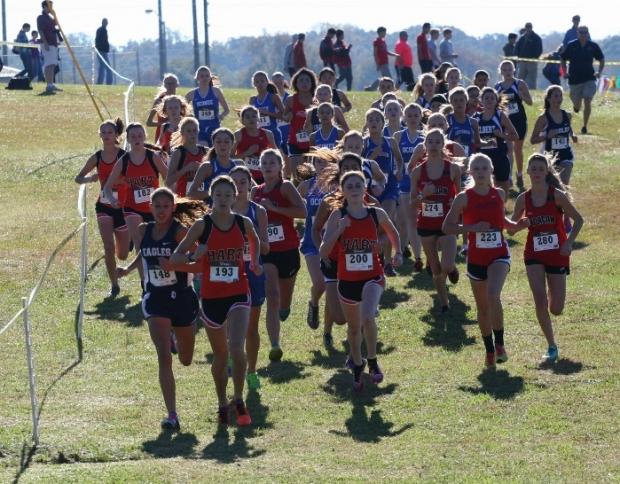 Start of the Girls Varsity Race (all pics by Bruce Taylor)

It was fine morning of racing at the well designed Lamar Murphy Park course as 8-AAA teams decided who was the best and what schools would be moving on to State. 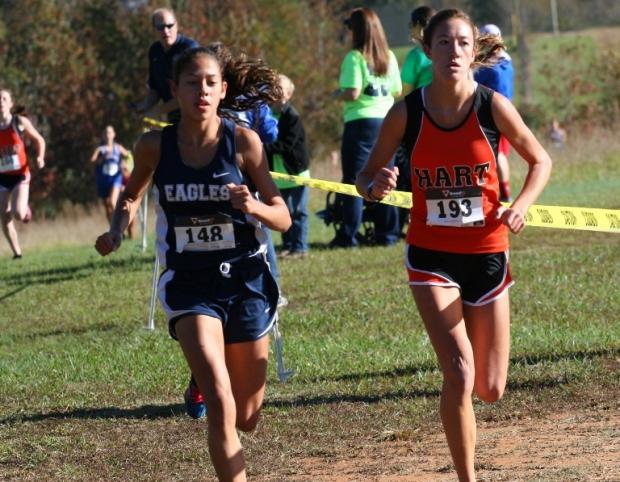 At it again...Morales of East Jackson & Honiotes from Hart County

Girls Race- Sue Ann Morales of East Jackson and Audrey Honiotes once again had a duel that lasted nearly the entire race. They swapped leads in the first mile, but Morales mad her move the final mile and pulled away winning again in a fast time of 18:14. Honiotes cruised in 2nd at 18:30, perhaps backing off some near the end saving a little gas for State. 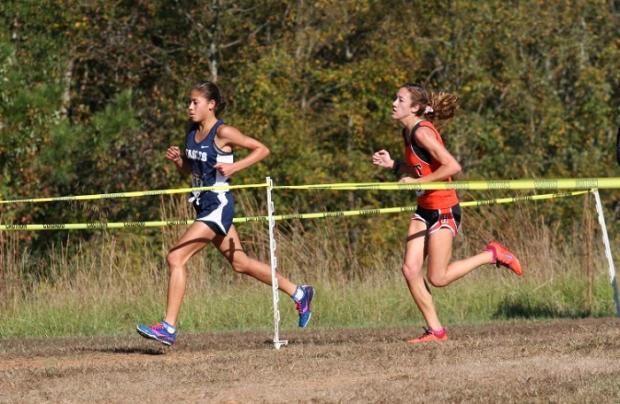 Morales makes her move during the last mile!

8-AAA will be well represented in Carrollton next Saturday as Hart County's girls proved their # 3 AAA ranking scoring 33 points with a 20:43 team average. 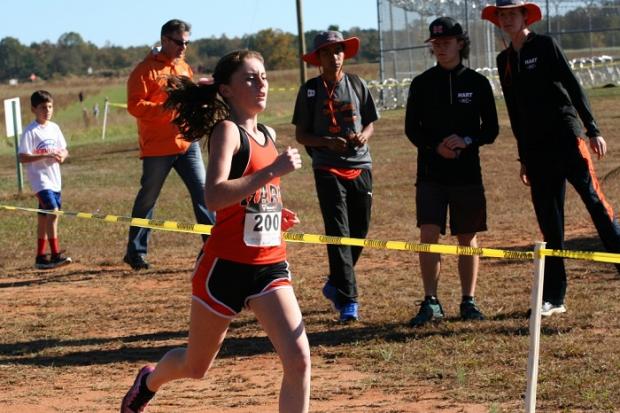 Bryce Phillips had a nice race for Hart County 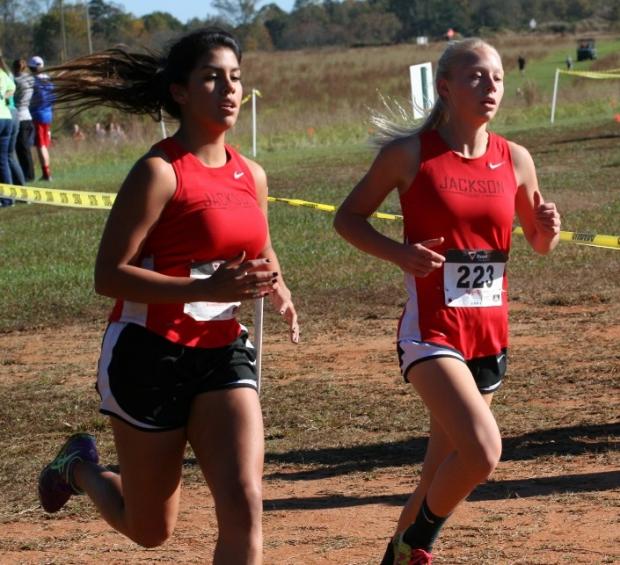 It was very tight for the last 2 State spots but Jefferson HS was 3rd as a team led by soph Maggie Dyer's 3rd Overall at 20:06. Oconee was 7 points back securing the final team spot besting Morgan County by a slim 4 point margin. 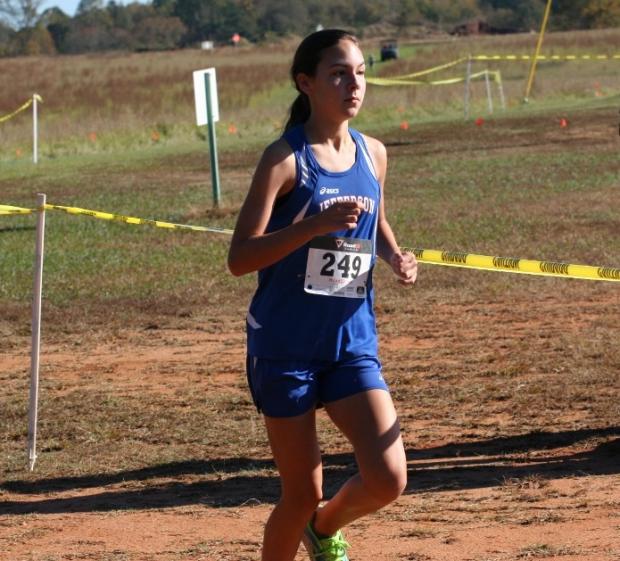 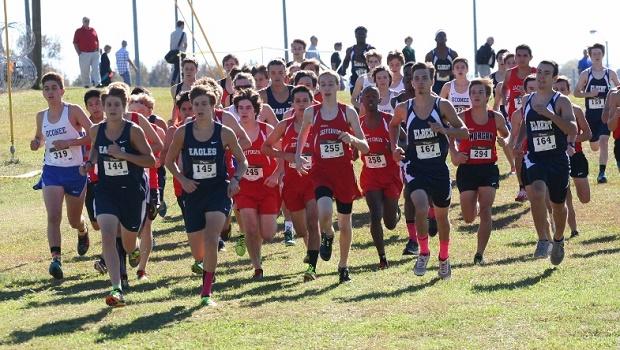 Varsity Boys- East Jackson had been slowly closing the gap on #3 Oconee County in October, but came up 6 points short as the Warriors' depth from 3-5 was too much to overcome. 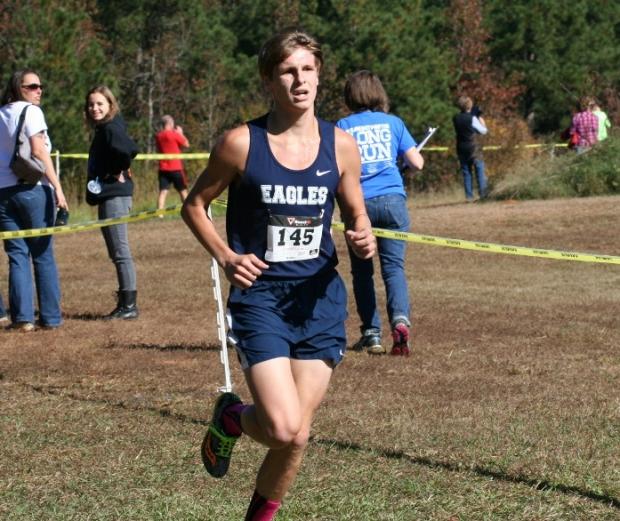 Chase Kennedy flat out ran away with the Boys Overall win 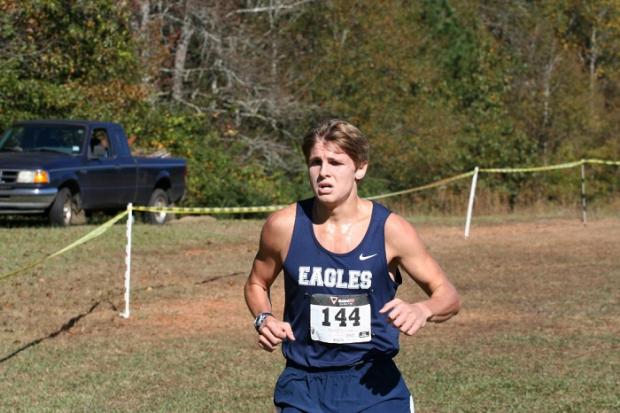 Chandler Kennedy was a strong 2nd for East Jackson

Chase Kennedy dropped the field the 2nd part of the race and was on auto-pilot till the finish posting a nice winning time of 15:40. Chandler Kennedy separated from Michael Hans of Oconee the last mile and pushed across 2nd at 16:18. Chaise Etheridge of East pr'd flying across the line in 5th for the Eagles in 16:59. 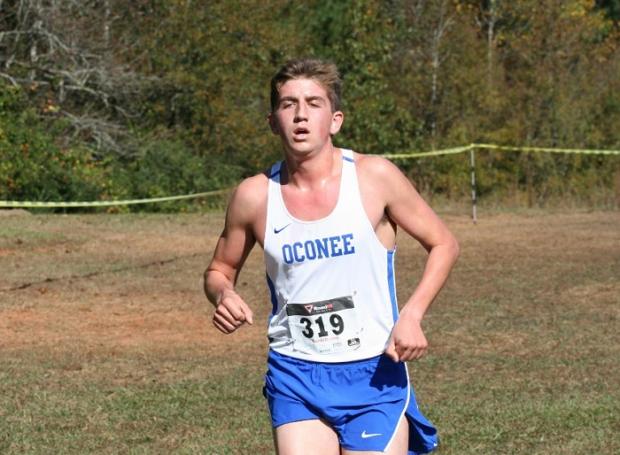 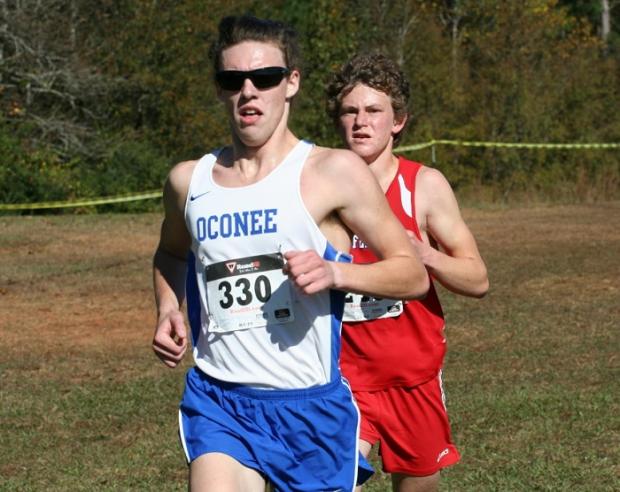 Jefferson was a strong 3rd 14 points behind East Jackson and should move up the polls next week to 5th. The Dragons were paced by Addison Cochran's 6th Overall at 17:00 and Ian Byers 9th in 17:21. Jackson County was comfortably 4th punching their ticket to State led by Nathan Galloway's 10th place finish (17:25) 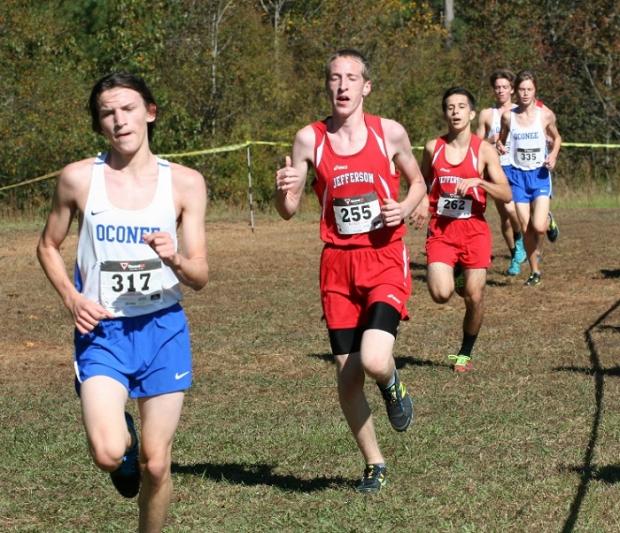