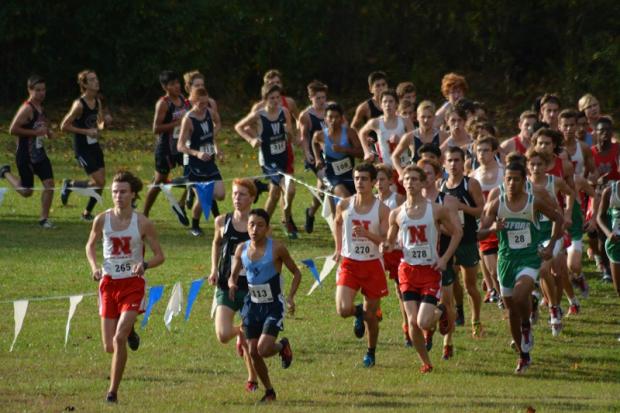 (all photos by George Moore)

This was definitely a Region, that good teams would sadly not make it out off due to the current GHSA qualifying system. North Oconee reigned supreme sweeping the team titles ensuring their passage to State in 9 days. 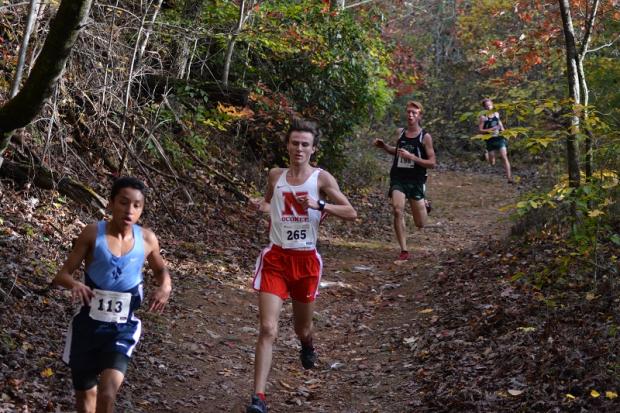 HS Boys- It couldn't have been any closer for the Boys team title as North Hall had their best race of the season, but fell a point short of All-Class ranked North Oconee. 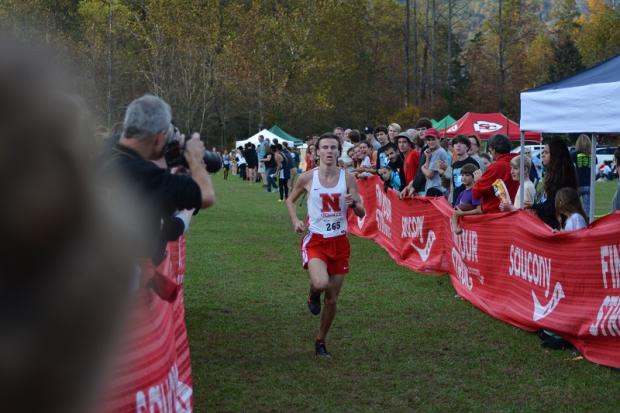 Thomas Moore of North continued his winning ways, capturing first Overall in 15:45 overtaking steely Gerardo Suarez from Johnson (15:58) who led early for the Individual title. Tommy Johnston of North Hall hung tough for 3rd in 16:01. Corson Teasley of North Hall survived a spill coming down a hill to take 3rd place at 16:16. 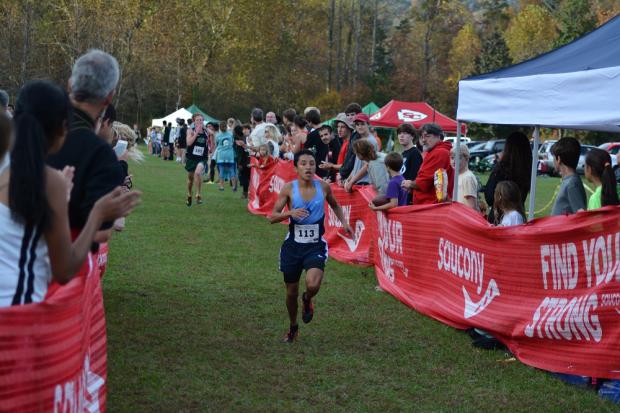 Rounding out the top 6 Auto Q's were Issac Hernadez of Johnson (16:17) and Buford's Andone Mendoza in 16:26. Veteran Titans Harper Sigler took 7th along with soph Anthony Potts 8th for the victorious Titans. Johnson (3rd) & Chestatee (4th) will move on to the big dance next Saturday leaving out a solid White County squad who probably would win several other AAAA Regions... 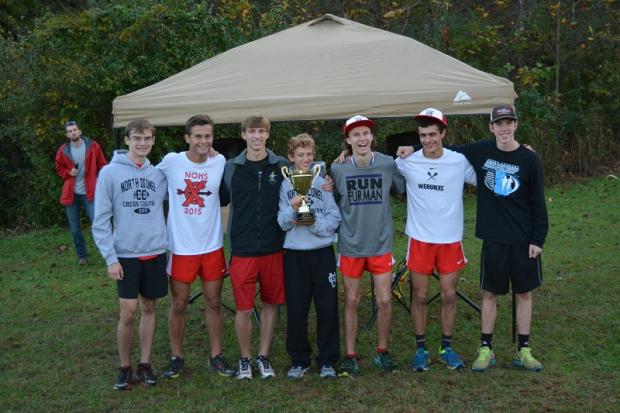 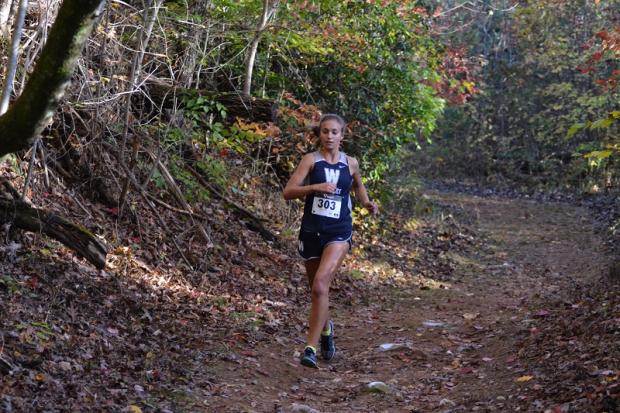 HS Girls- North Oconee and White County fought it out till their top 5's crossed the finish line with the Lady Titans just a bit faster, winning the 8-AAAA team title by 4 points over the host Warriors. 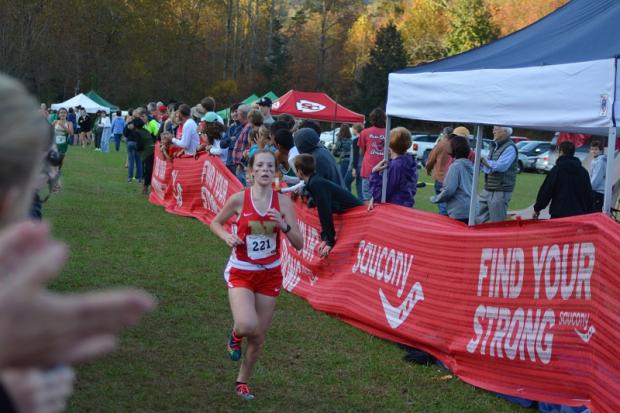 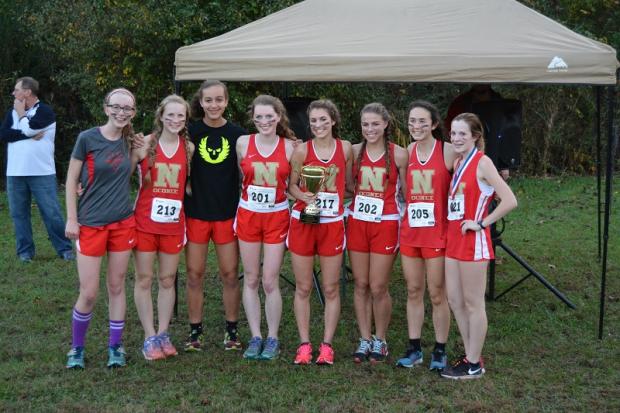 Though not having any runners in the top 10, North Hall seized 3rd with Johnson Gainesville taking 4th, leaving strong AAAA squads Chestatee & Buford at home. Punching their tickets to State as Individuals were Buford's Sarah Davis in 4th (19:47) and Deanna Lewis from Stephens County 6th (20:11)