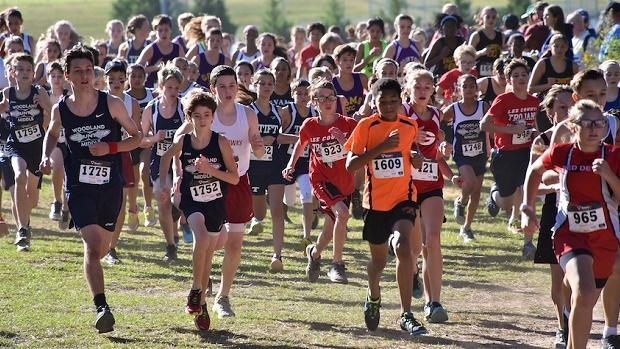 Many new Team/Individual State Champions were annointed in perfect conditions for Cross Country down in Bleckley County Saturday morning. This was the best and most competitive MS State meet in history. The meet ran like clockwork as usual, and the racing was intense with fans lining the finish line fence for 100 meters 4/5 rows deep and running from spot to spot to catch much of the action. The volunteers from Bleckley County are the best and were instrumental in making this meet special and have to be commended for their selfless dedication to the event! 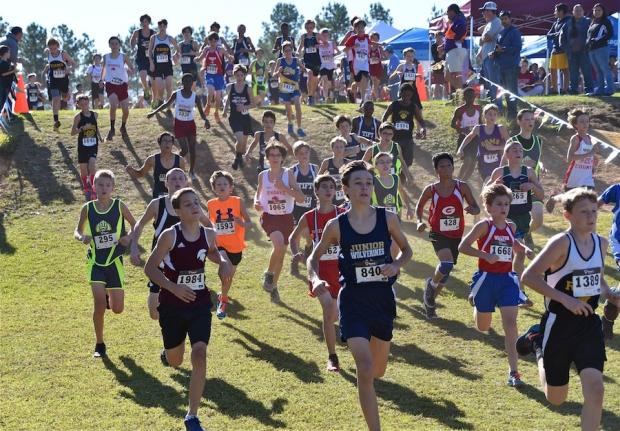 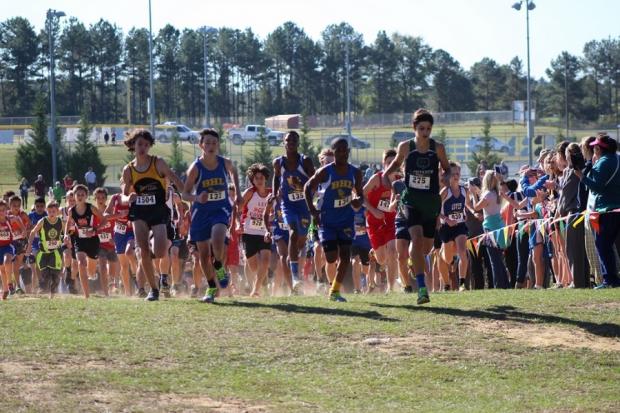 Burney Harris Lyons from Athens got off to a great start enroute to winning the Large School team title. (pic by Bleckley Royals Boosters Club) 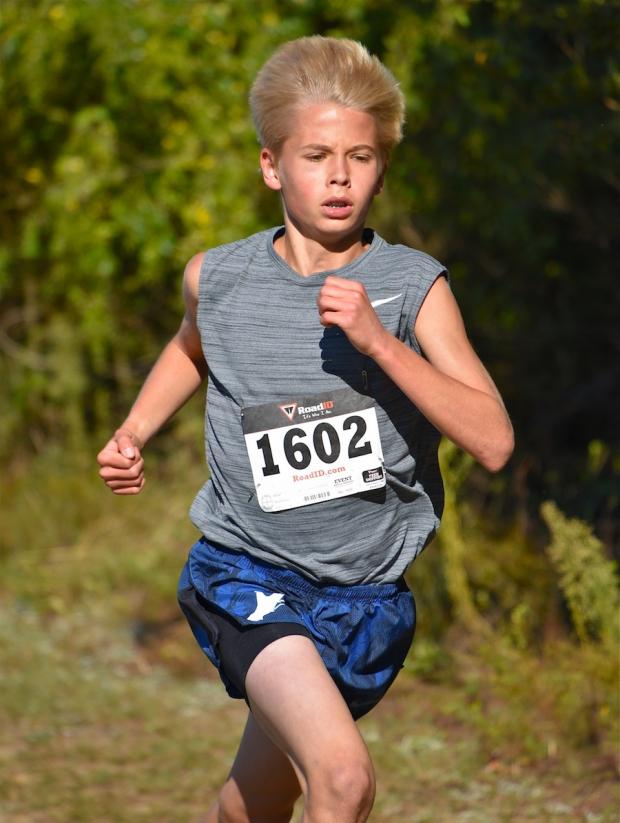 Max Mowrer mowed down the Large School Boys field in a winning time of 11:04, best of the Day!

Max Mowrer (unattached) crushed the field individually, turning in an outstanding performance clocking a 11:04. Brian Pelland from Alpha Crush followed up his Ga.MileSplit win with a runnerup finish of 11:24. The Piney Grove duo of Michael Patterson and Brennan Bower placed 3rd/4th respectively at 11:34/11:41. Taking 5th was Tait Ellingson in 11:43. 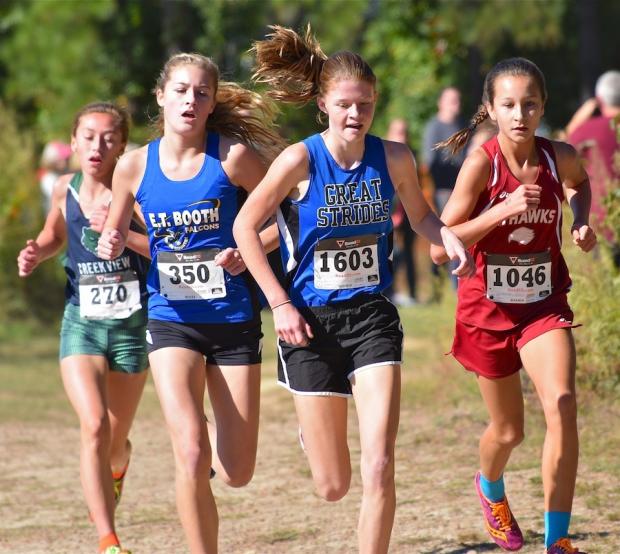 Large School Girls- This race was a titanic rematch of fast gals from the 2014 meet. But Nyah Hernandez from Creekview, broke away from the talented lead pack and soared to the Individual title in 11:57. Grace Ellsworth of Lovinggood MS held on tight for 2nd place going 12:14 pacing the Hawks to a 3rd place team trophy. Makena Gates (also from Creekview) was 3rd Overall at 12:15. Sydney Runyan represented ET Booth MS well, taking 4th in 12:20 leading her team to a 2nd place team finish. Caroline Patterson of Great Strides was 5th overall at 12:21. 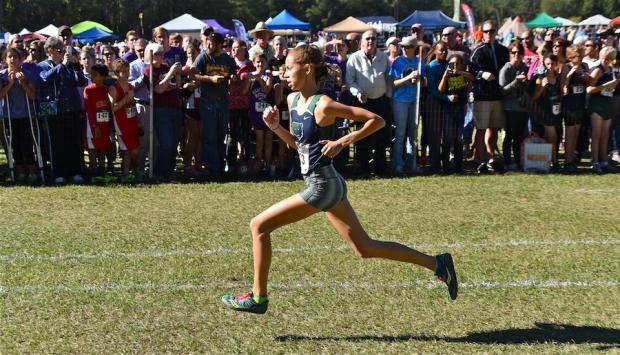 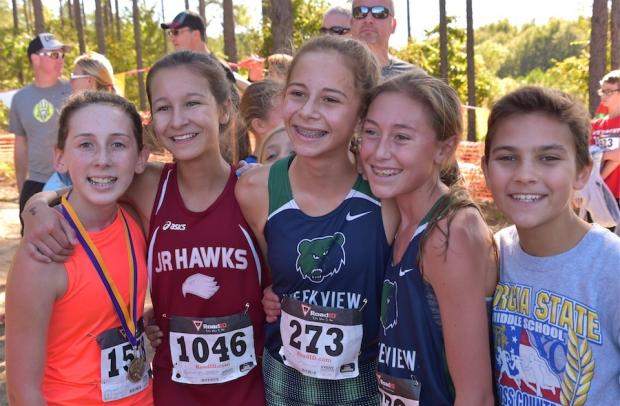 Woodland Euharlee from Bartow County was just too deep for the Large school girls field winning the team title with 77 points. Leading the way were Carli Clymer in 6th place (12:46) and Rylee Evans 7th (12:47). 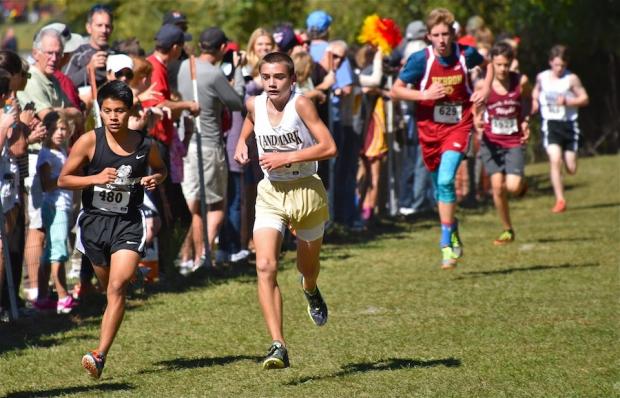 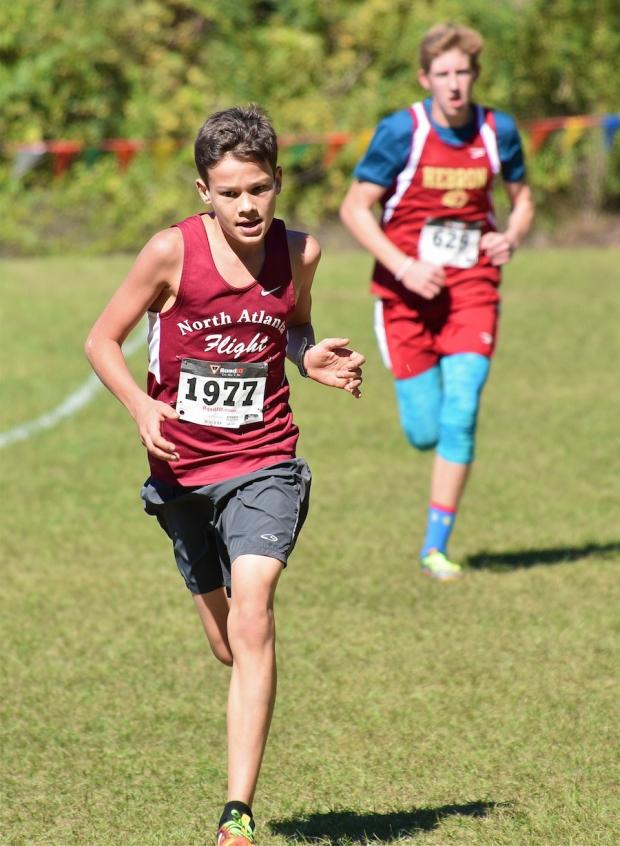 John Higinbotham of North Atlanta Christian was a relative unknown commodity until he won at the Wingfoot XC Classic. After winning the MS Small School Boys race that will no longer be an issue..

Small School Boys- John Higinbotham from North Atlanta Christian made a name for himself winning the Wingfoot Classic MS race. He chose to compete at the MS State meet and made the right choice, winning the Overall title in 11:18. Blake Fugel from Hebron Christian was closing fast on Higinbotham, but ran out of course placing 2nd at 11:20. 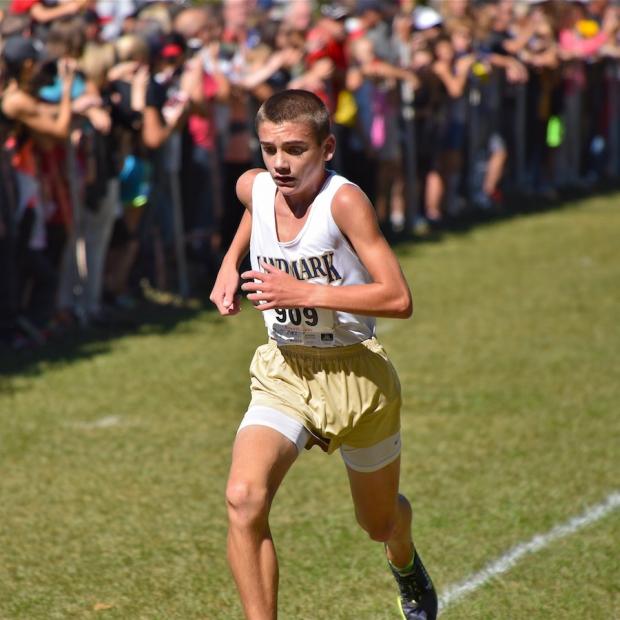 Zach Truitt of Landmark led early, but fell back to 3rd place in 11:27. Jaime Jacoby of George Walton flirted with the lead and placed 4th Overall in 11:29. Garrett Rogers provided some home cookin' for Bleckley seizing 5th place at 11:35. 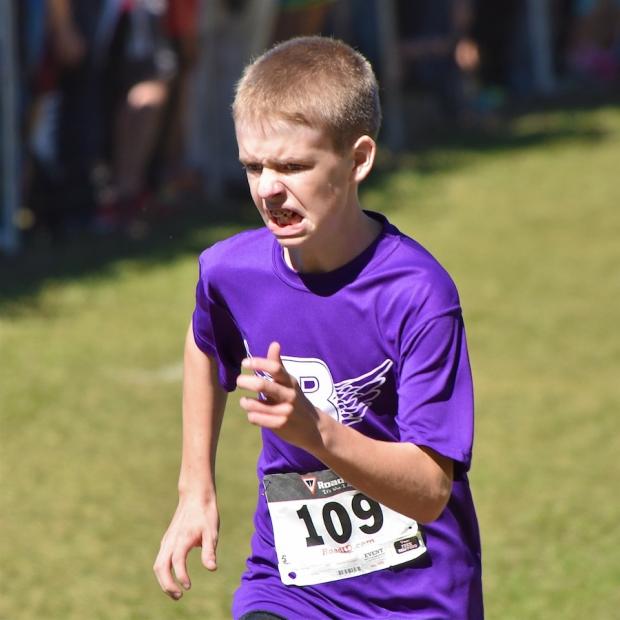 Garrett Rogers of Bleckley MS fired up the hometown fans as he raced to 5th place Overall!

In the next to last race of the day, repeat champion Holy Innocents was unkind to the field as they easily won the Small School Boys team title by 65 points over runnerup Landmark Christian, George Walton Academy 3rd and the Lovett School 4th. Liam Hill was the Golden Bears' top runner in 11th place, more impressive though was their 1-5 Split of :27. 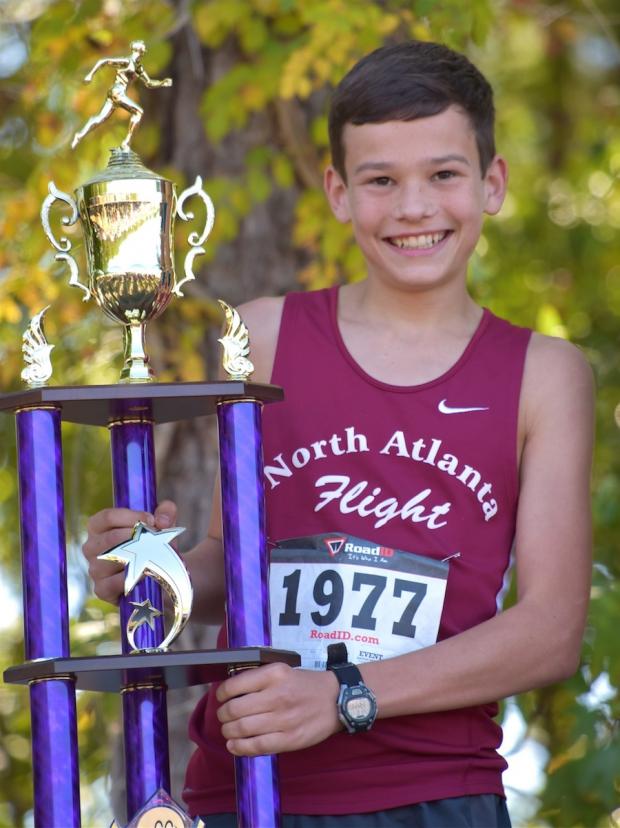 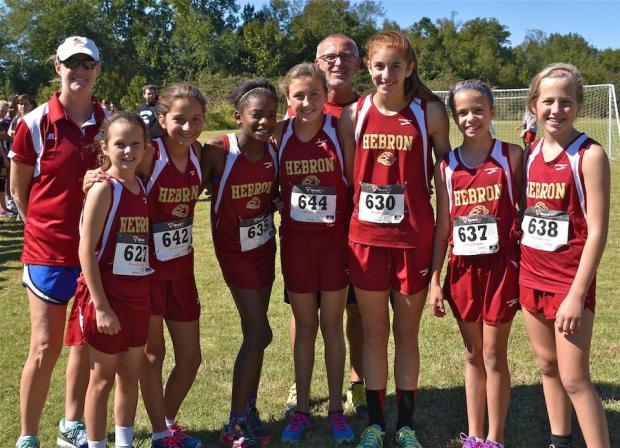 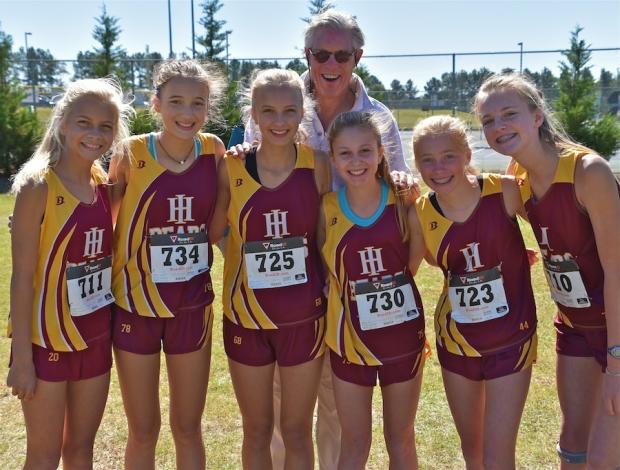 Holy Innocents was relaxed before the gun cracked at the starting line! 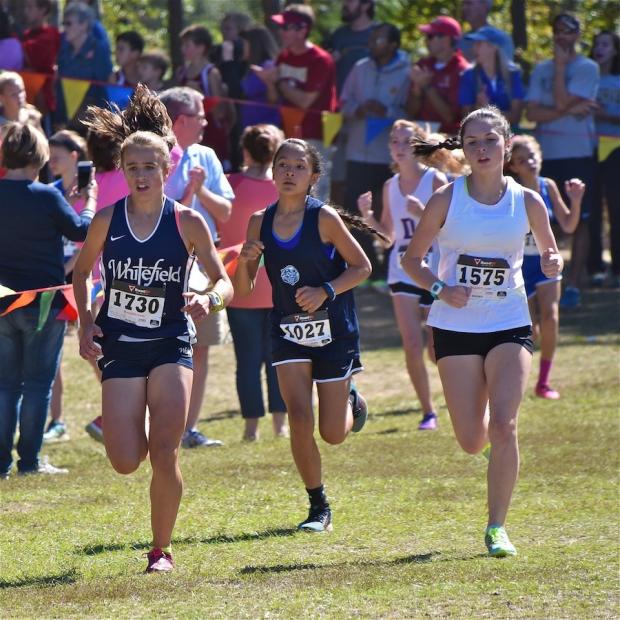 It was intense early on in the Small School Girls Championship race!

Small School Girls- Hebron Christian out of Dacula is a rising program to keep a watchful eye on in A Private...Their MS girls ran extremeley well as a pack running away with the team title with a victory margin of 32 points and 1-5 Split of :27....Leading the Lady Lions was 6th grader Claire McGuirt placing 12th overall. Holy Innocents was 2nd as a team, followed by Lovett 3rd and a feisty well coached Paideia squad a strong 4th. 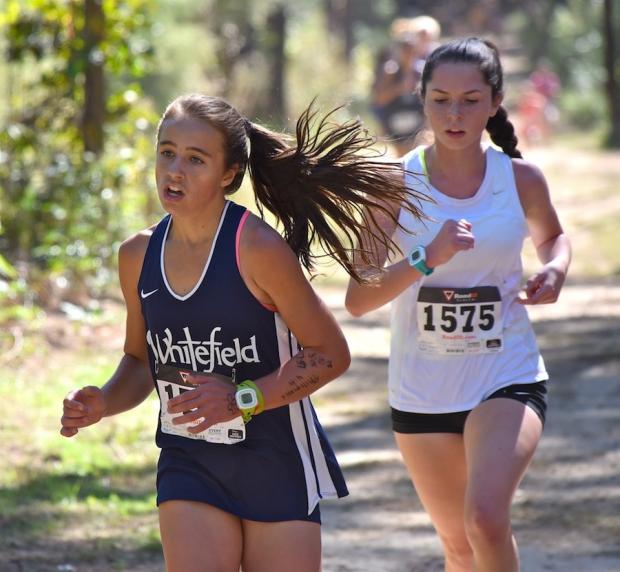 Little of Whitefield Academy MS proved to be the strongest, as she dispatched Faith Bobak on the final hill, 600m from the finish.

Emily Little from Whitefield MS proved she was not to be taken lightly, winning the Individual title on a testy course, clocking a 12:45. It was an outright sprint uphill to the finish line in front of hundreds of rabid fans for the next 4 spots as Emily Raeside edged Lovett's Sydney Lamberson for 2nd (both 12:51) Faith Bobak from Ellijay was a stride back at 4th (12:52) with Jordan Walter of Paideia 5th in 12:56. 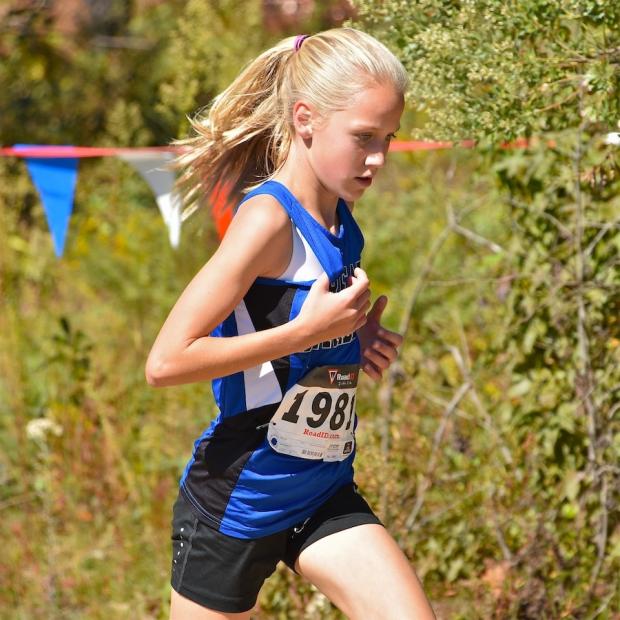 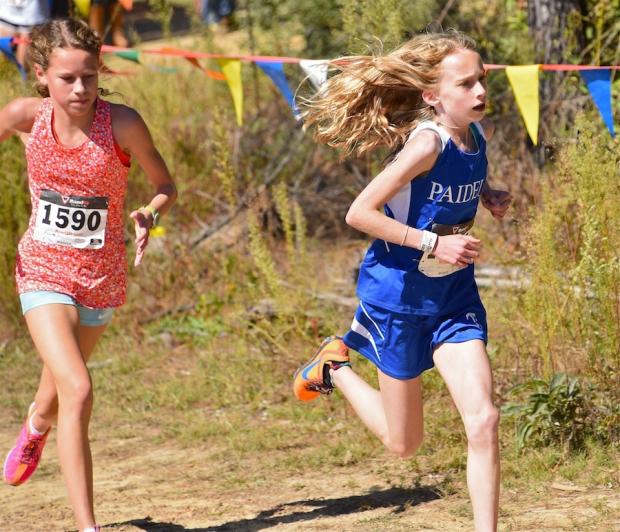 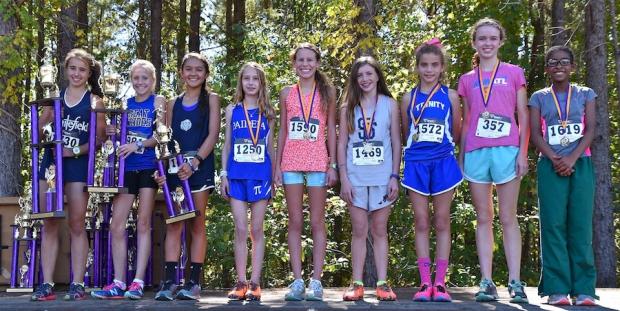 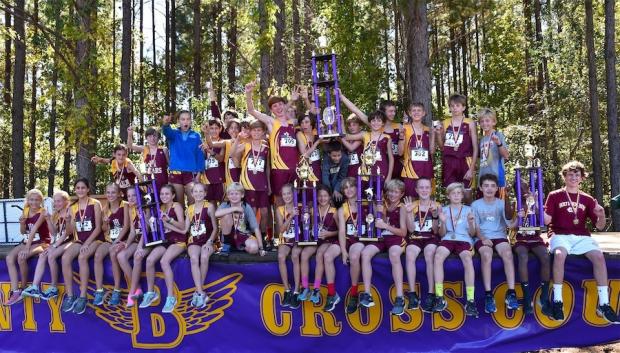 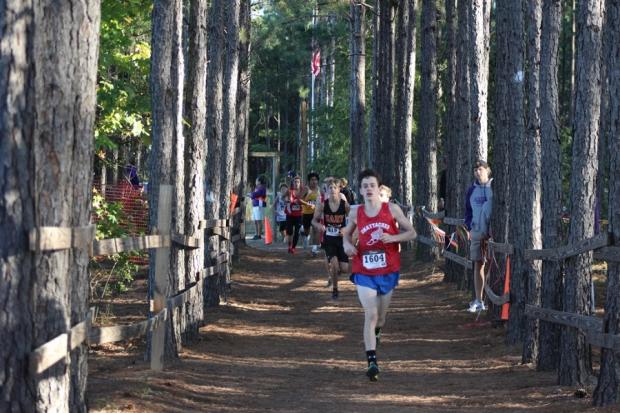 Medium School Boys- This race was definitely up for grabs. However, Atlanta powerhouse Westminster came down with the sole purpose to win the Medium School Boys title.. The Jr Cats' made the most of their long trek, defeating Marist, winning the team crown by 25 points placing 2 runners in the top 10, led by the runnerup finish of 7th grader Zachary Roe in 11:24 and Will Graves in 10th place. Cartersville took home some 3rd place hardware as a a team with Jefferson MS 4th. 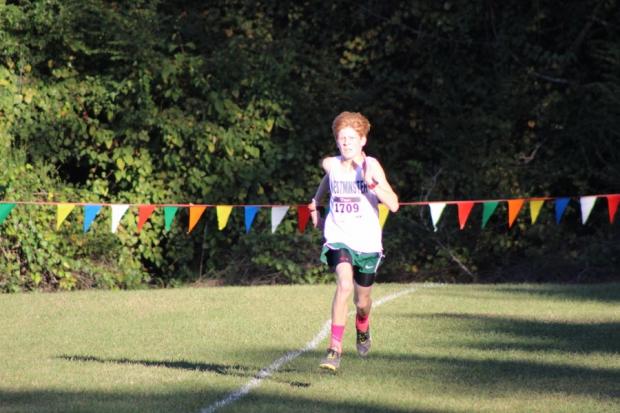 Westminster of Atlanta was on a mission coming down to Cochran, seizing the bounty, winning the Medium School Boys team title, led by carrott topped Zachary Roe, as he placed 2nd Overall leading the Cats'. (pic by Bleckley Royals Boosters Club) 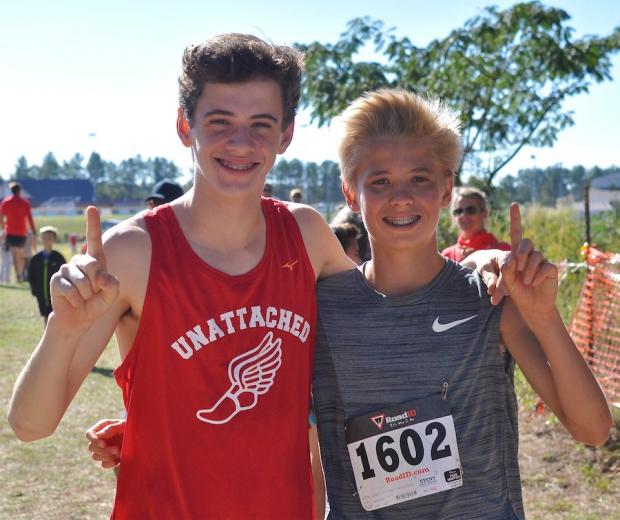 Henry Plowden from Westover MS (Albany) may be one of the best MS runners to come out of South Georgia in recent history. Henry had a great race and was never challenged late in the race winning the Medium School Individual title in 11:15. Rounding out the top 5 Individuals were Zachary Roe in 2nd (11:24), Alex Thomas from Malcom Bridge (11:35), Mason Larisyc from SE Bulloch (11:38) and Paul Kellam from West Laurens (11:39) 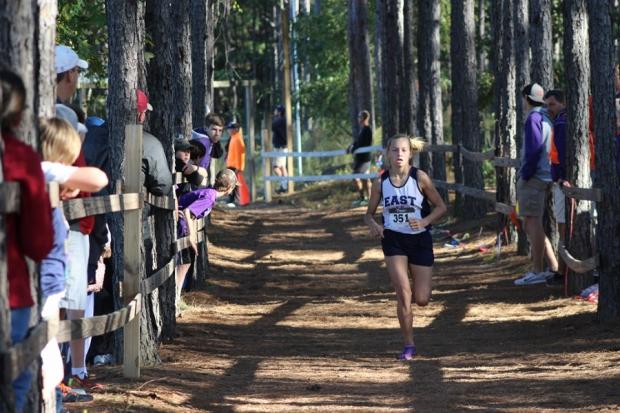 Medium School Girls- Their is a true star in the works from East Jackson MS named Jewellee Love. This young lady (6th grader) took control of the race very early, ran strong and finished strong capturing the Individual title at 12:28. Rounding out the top 5 Individuals were Tess Cochran in 2nd (12:50), Kelsey Morse of Malcom Bridge MS 3rd (12:59) and Brooklyn Carr of Woodward Academy 4th (13:15) and Kathleen Schellman of Marist 5th (13:17) 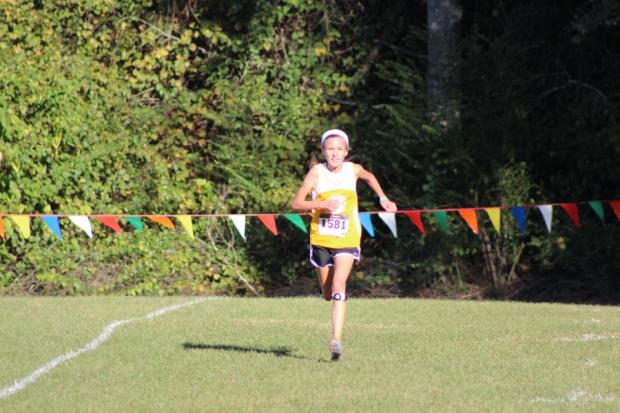 Marist actually has a low key MS program, but they continue to excel on the highest level once again decimated the field with a victory margin of 89 points, only placing a single runner in the the top ten. Kathleen Schellman led the War Eagles to another title with a 5th place finish of 13:17. Carrollton Jr High was a close 3rd 2 points back.

FINISH LINE FOOTAGE OF ALL RACES